Our baby girl is growing up so fast! Her personality continues to grow bigger and bigger each month. Hannah Maxine has really turned into a toddler lately. 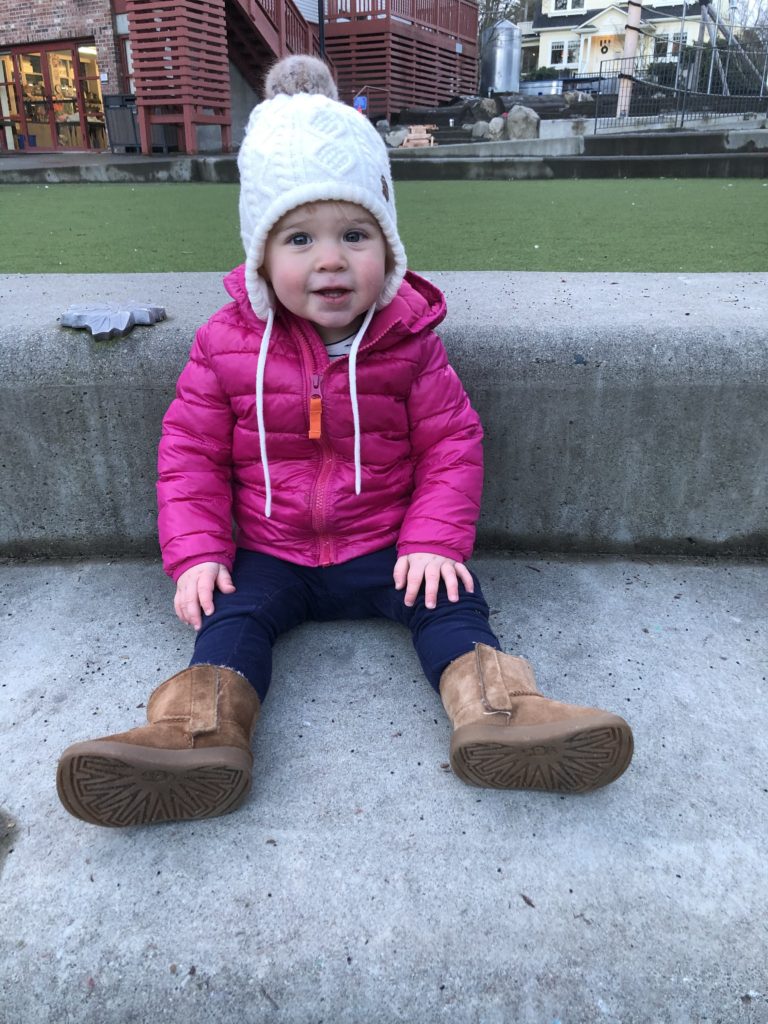 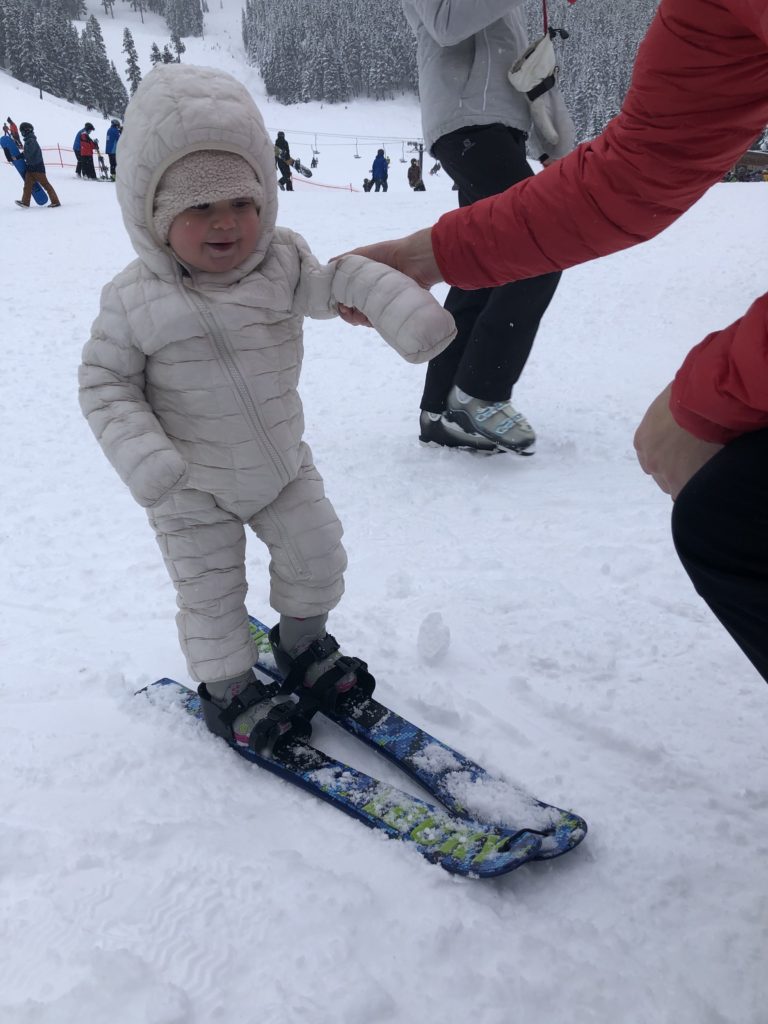 Hannah wants to do everything Ben does. “Monkey see monkey do” is on repeat inside my head all day long. Ben bangs his fork on the table, Hannah bangs hers harder. If Ben is putting on his backpack, she wants hers on too. Thank goodness she can now fit into Ben’s old red Hunter rain boots so she can have a pair that matches his. When Ben comes home and immediately wants to get his jammies on, Hannah goes to her PJ drawer and picks out a pair for me to help her into. 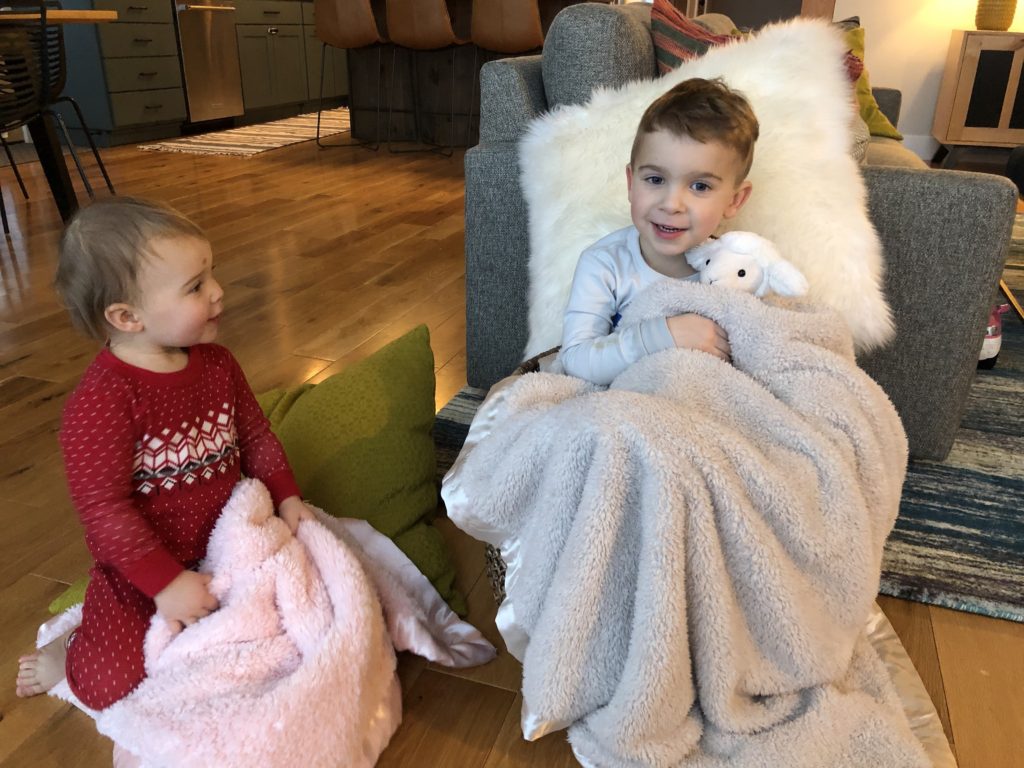 She is becoming so independent in wanting to do everything by herself too. Hannah loves to refill Jackson’s water bowl {so much so that she dumps it out on the floor just so she can fill it back up again}, wash her hands, pretend to vacuum or sweep the floor and pick out her own boots to wear. 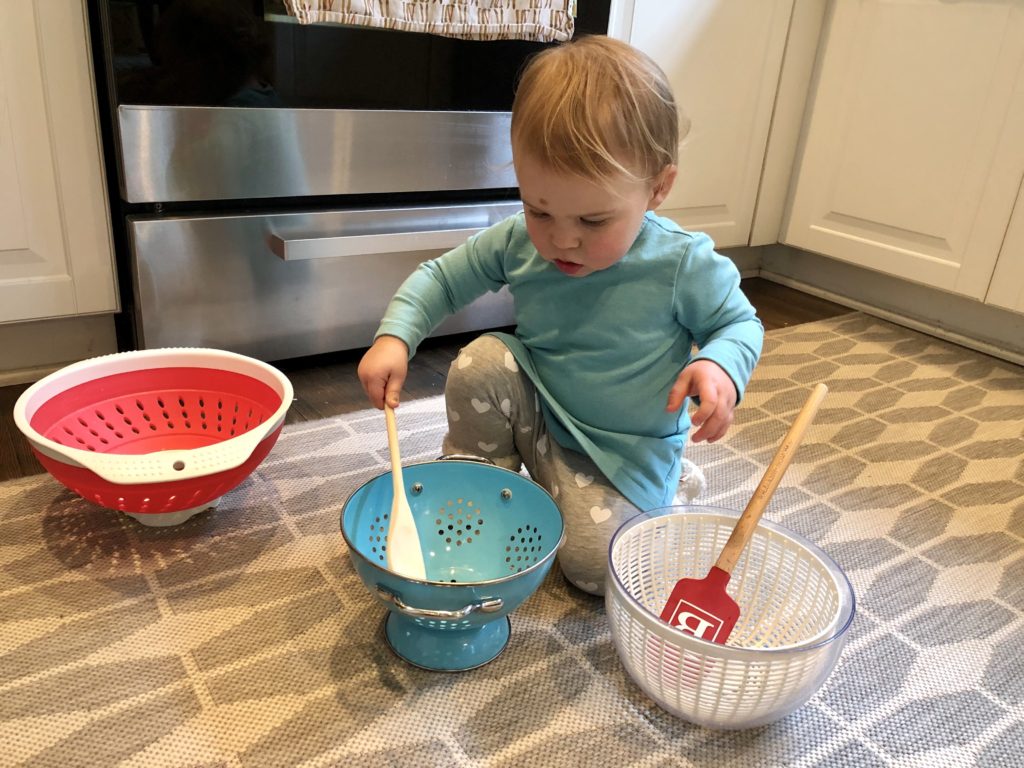 Hannah is so helpful around the house! I am amazed that she’ll just walk around picking things up and putting them away. Just the other day we were playing in the living room and she noticed Ben’s mittens were on the vent drying from the day before and she went over and put them away in his basket. She is a really terrific listener and she follows directions promptly and with enthusiasm. Boy do I hope this keeps up! It’s so endearing watching her help out. 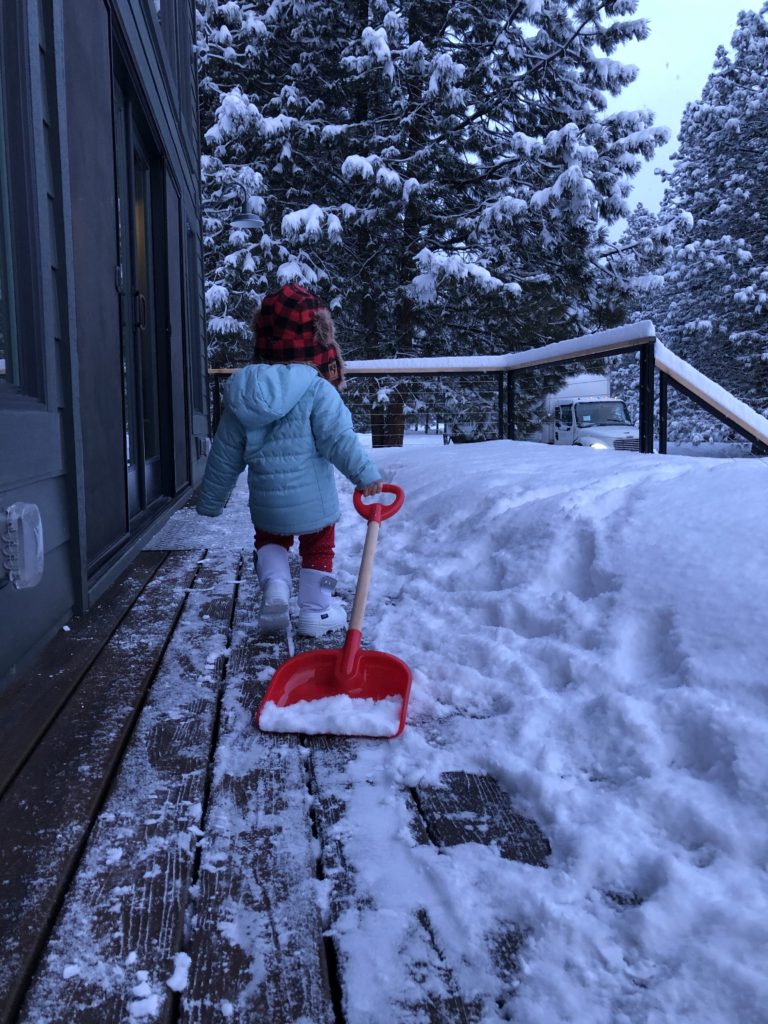 In the last month or two Hannah has become more interested in playing by herself, away from me. I’ve always felt she’s pretty independent in that she likes to do things for herself; however, she generally wants me to be with her. Recently that has begun to change and she’ll spend longer periods of time playing with a toy off in the distance at the mountain house or around the corner in another room in Seattle. 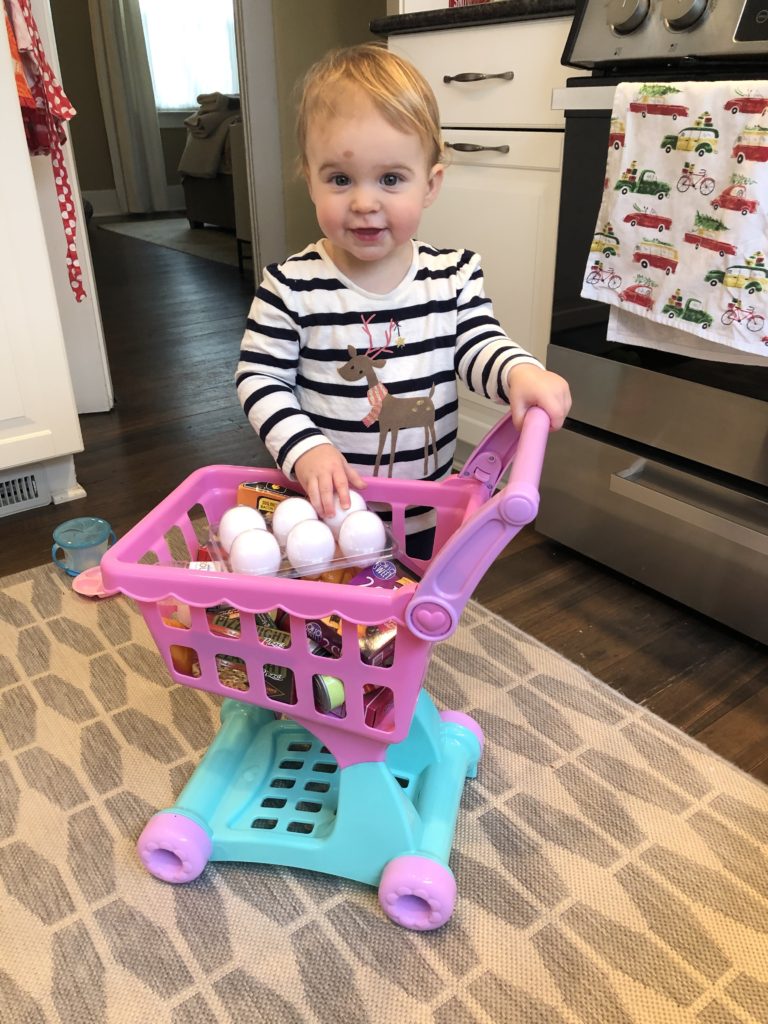 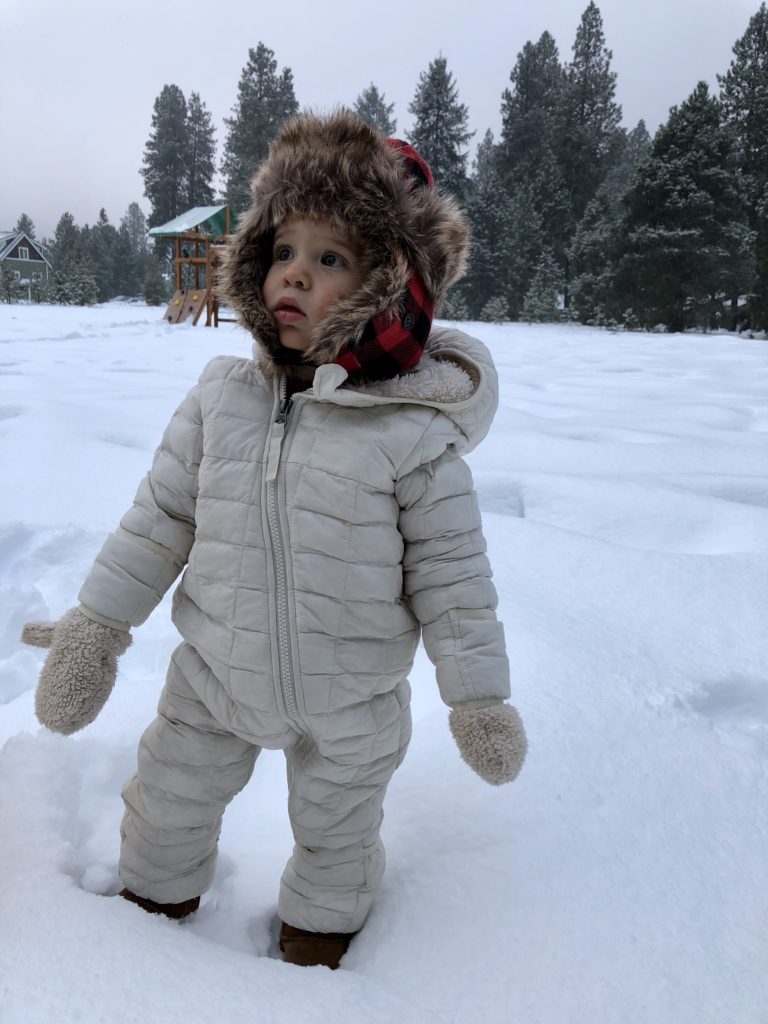 While Hannah isn’t pronouncing many words properly she sure can convey her point. It makes me wonder if she’s satisfied with her method of communication and has chosen not to talk more. She uses sign language a lot, does a lot of pointing, a lot of shouting and demanding, she’ll bring me something she wants me to put on her or she’ll take my hand and pull me to where she wants to go. She surely has figured out how to make the most of her abilities. 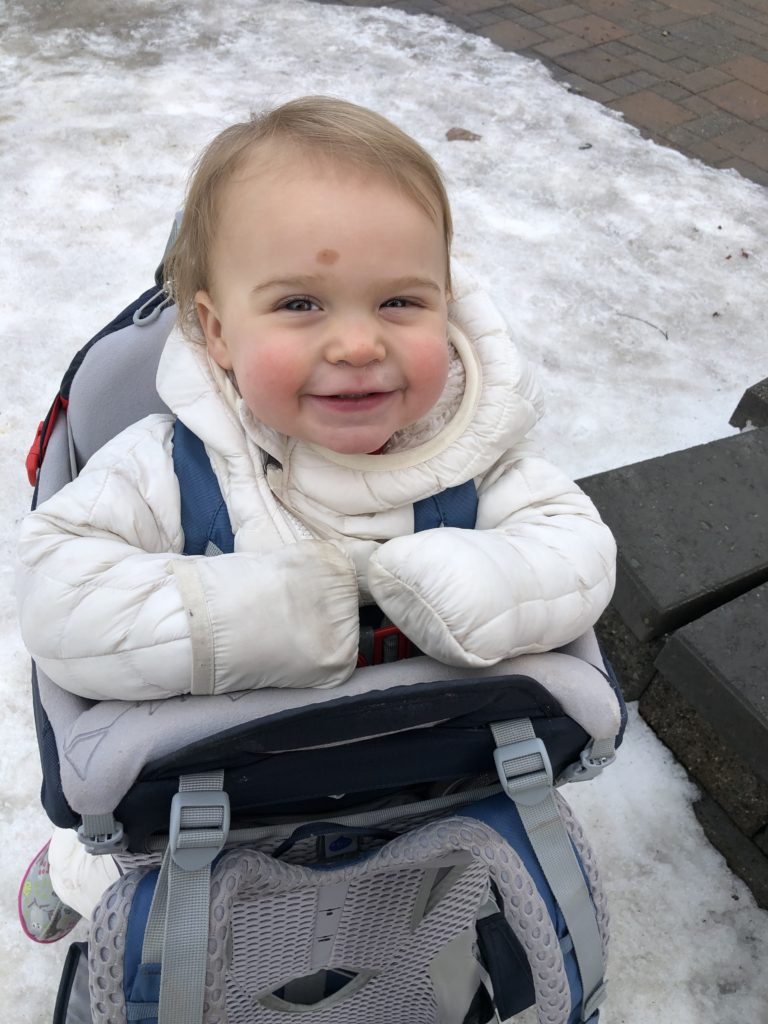 Hannah’s personality continues to mountainous. She is SO much fun. When she’s supremely happy, generally after filling her belly, she puts her arms up near her shoulders, stiffens her body and just shouts jubilantly. Over and over again. We all know when she’s happy because she starts to get really loud! 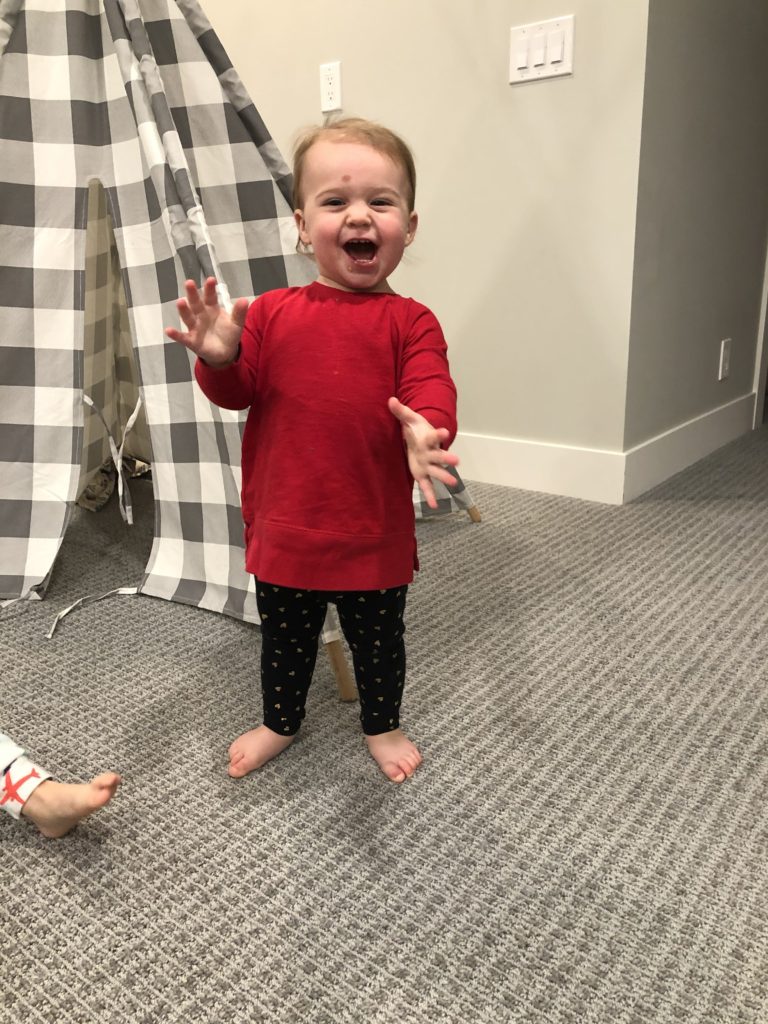 Hannah is incredibly slow to warm up to people who want to get in her personal space and rarely leaves my side in a new setting or when other adults are at our house. I think she’s afraid I’m going to leave. Hannah is my little koala bear. 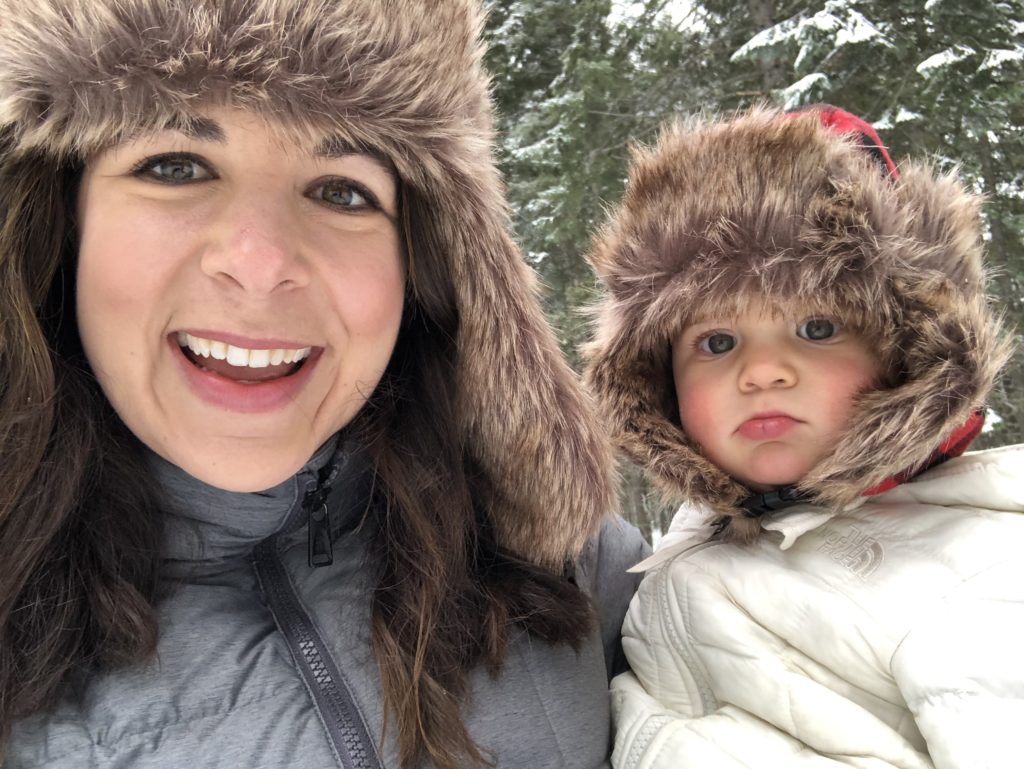 Within the last week or two I’ve started to notice Hannah and Ben actually beginning to play together. They sort of wrestle and goof around with Hannah climbing on Ben’s back. Hannah is always the instigator and her ever patient big brother is typically a willing participant.

Lately I’ve been noticing that Hannah is extremely jealous when I pay Ben attention, especially during an afternoon when Ben has been at school. Those are the days Hannah and I have special one-on-one time while Ben is away. She is known to push him out of my lap, come up and whack him on the head with a toy or her hand or just start shouting at him.

She’s also figured out just exactly what she needs to do to get my attention when I’m trying to get something done. Generally it’s by dumping Jackson’s water or food bowl out on the ground. Other times it’s wiping her high chair tray clean of food if I am multitasking while she’s having a snack. At 18-months old she’s got it all figured out! 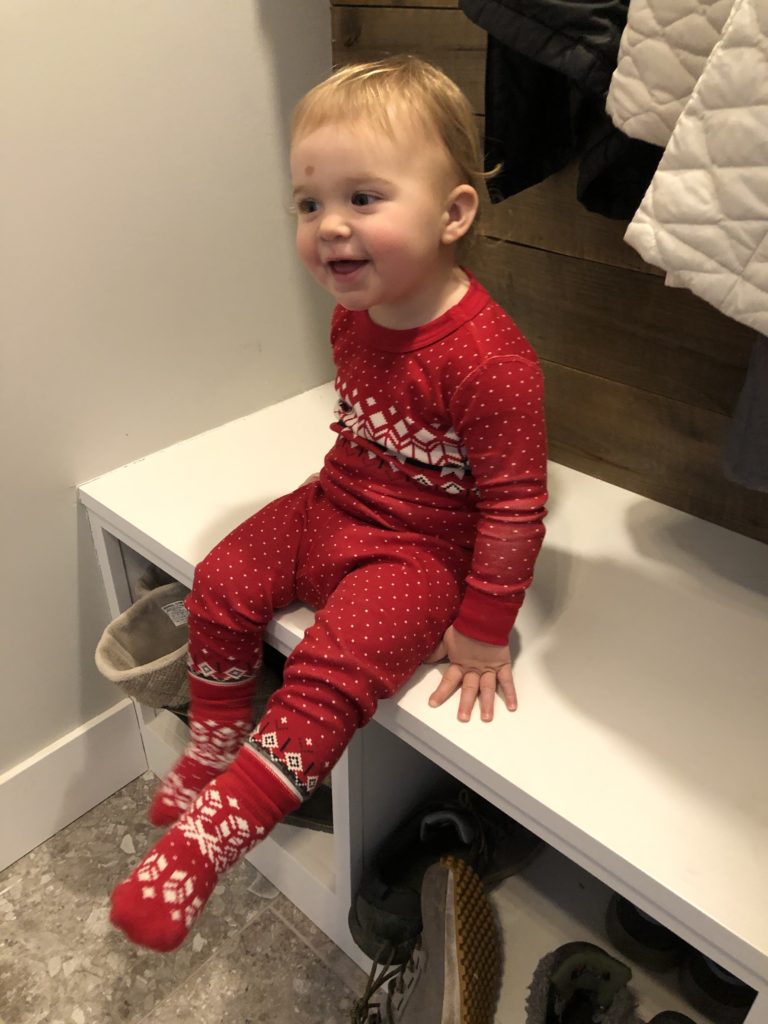 Gosh this girl is a blast. She is just so much fun. We’re looking forward to the next few months as we continue to enjoy winter in the mountains! 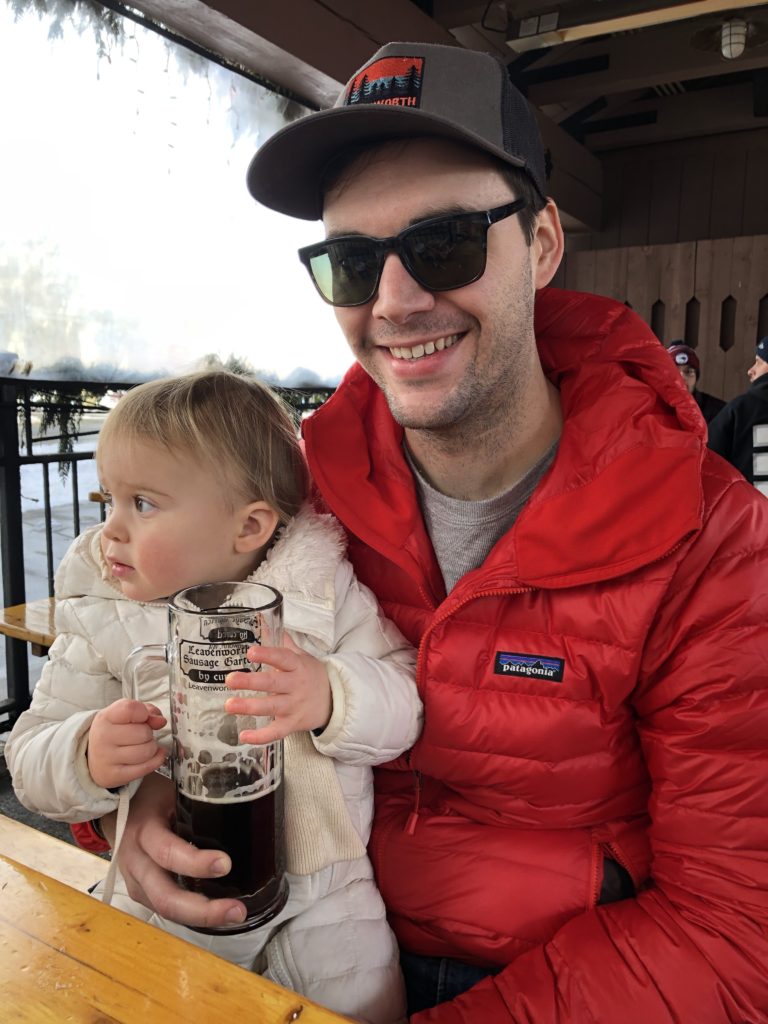