Hannah continues to be our little party girl. We’ve started joking that she’s going to be first in line for rush at the Arizona State University sororities. Look out class of 2040 {2040?!!} – here comes Hannah Maxine! 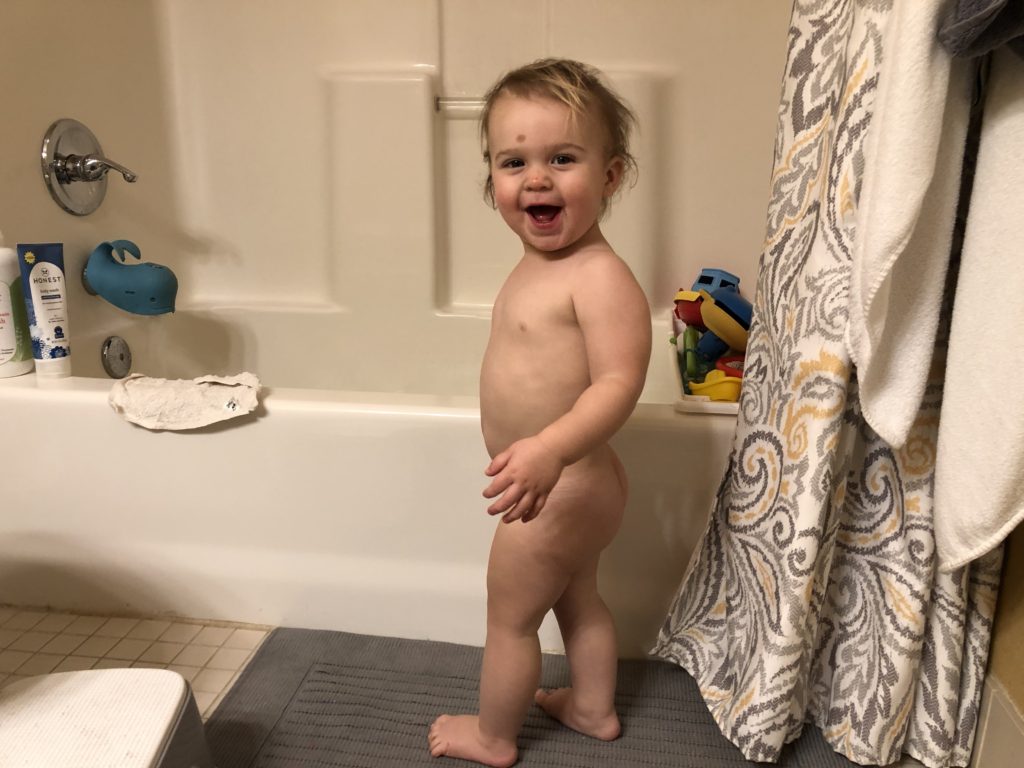 New this month Hannah can: stand up in her high chair, ring the doorbell, flush the toilet, open the refrigerator, climb on top of the coffee table, roll her eyes and say “love you.” She has begun to answer “yeah” or shake her head no and say “uh uh” when asked a question. 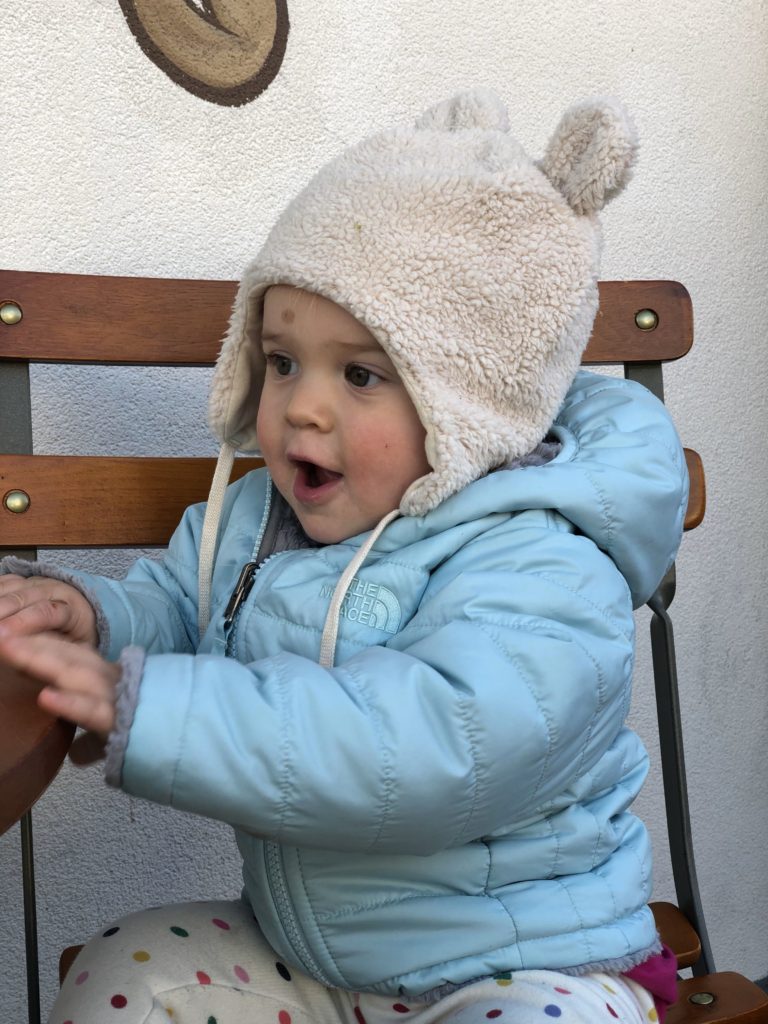 Hannah is really beginning to become a bit more independent and able and willing to play on her own while I’m occupied elsewhere. Now, in all honesty, this is usually when she chooses to cause mischief. 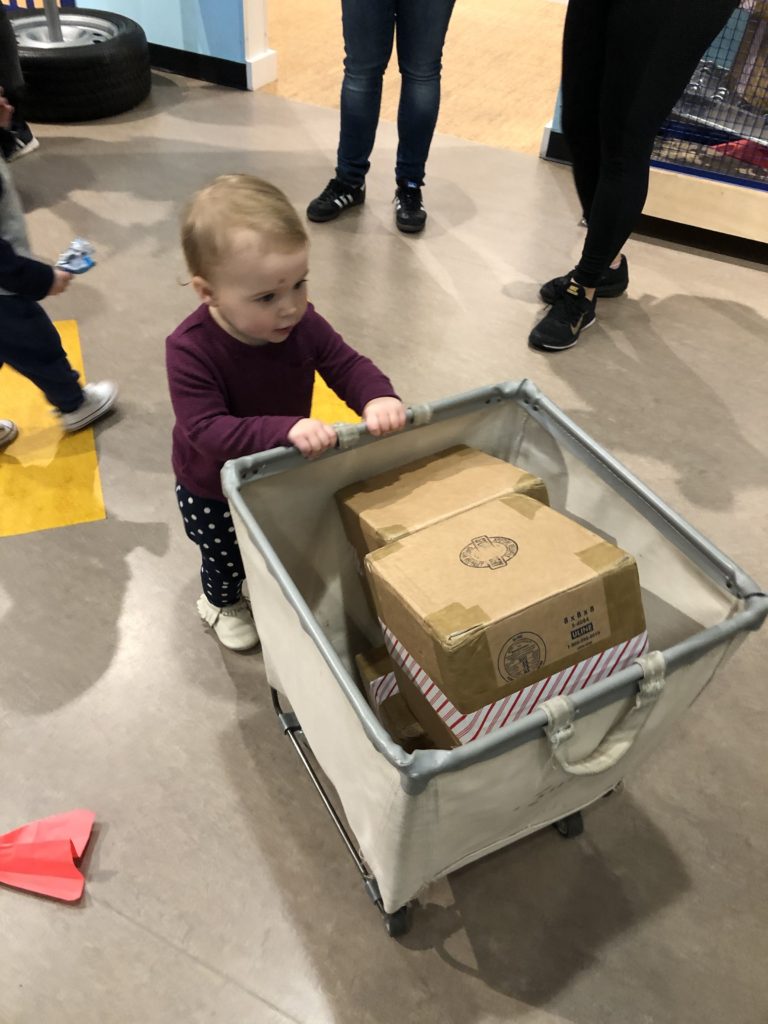 We sure are entertained by Hannah’s mountain-size personality. Dang, she is a force. She is rough and tumble, she can hold her own and she will absolutely not stand to be pushed around by anyone else. Boy you better believe she’ll push back harder. Hannah has started to laugh when she hears laughter around her – it’s really sweet and rather amusing that she’s picked up on social laughter and wants to join in, too. 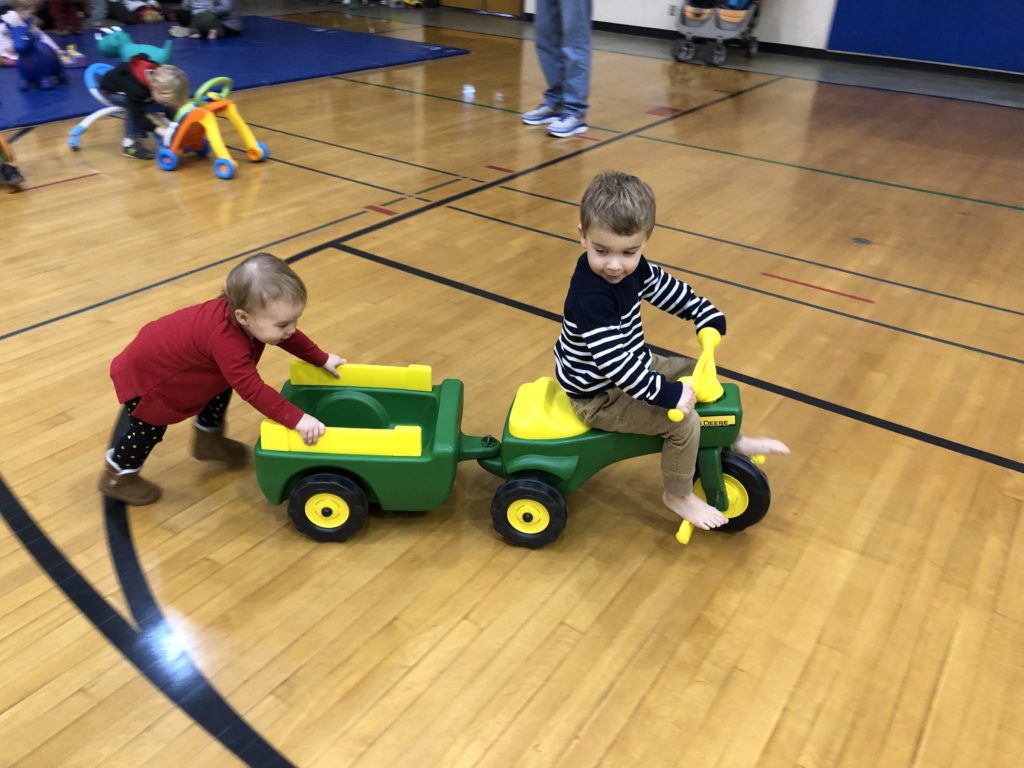 While she is quite rough, she does have a few sweet spots. It melts my heart to see when we’re out and about how friendly she is. She loves waving at a person or a dog passing by. It makes her day when the person actually stops and waves back. She loves to dance and sing and is very affectionate. 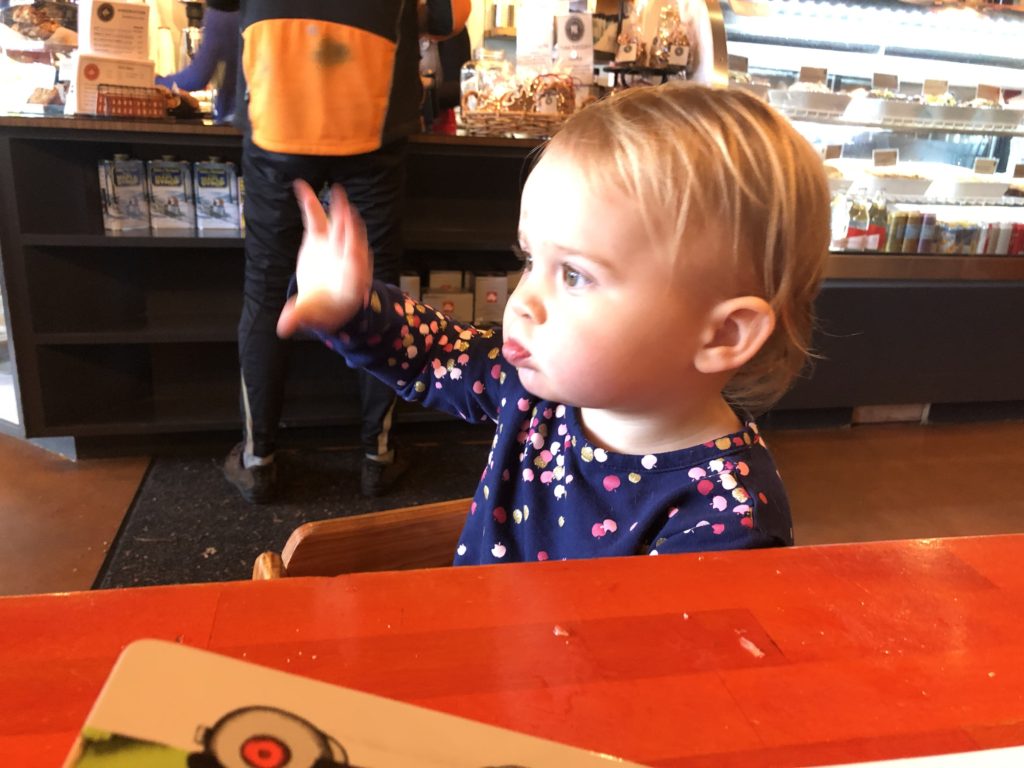 Hannah love, love, loves fruit and smoothies and cheese, but that’s about where she draws the line most days. Occasionally she’ll eat bread, pork, eggs, pasta and vegetables, but mostly she just wants fruit. If you put something she doesn’t like on her plate the whole meal will soon become food for the dog. It also seems like this month her appetite has decreased significantly and either she doesn’t need quite as much food anymore or the emergence of her new molars were playing a role. 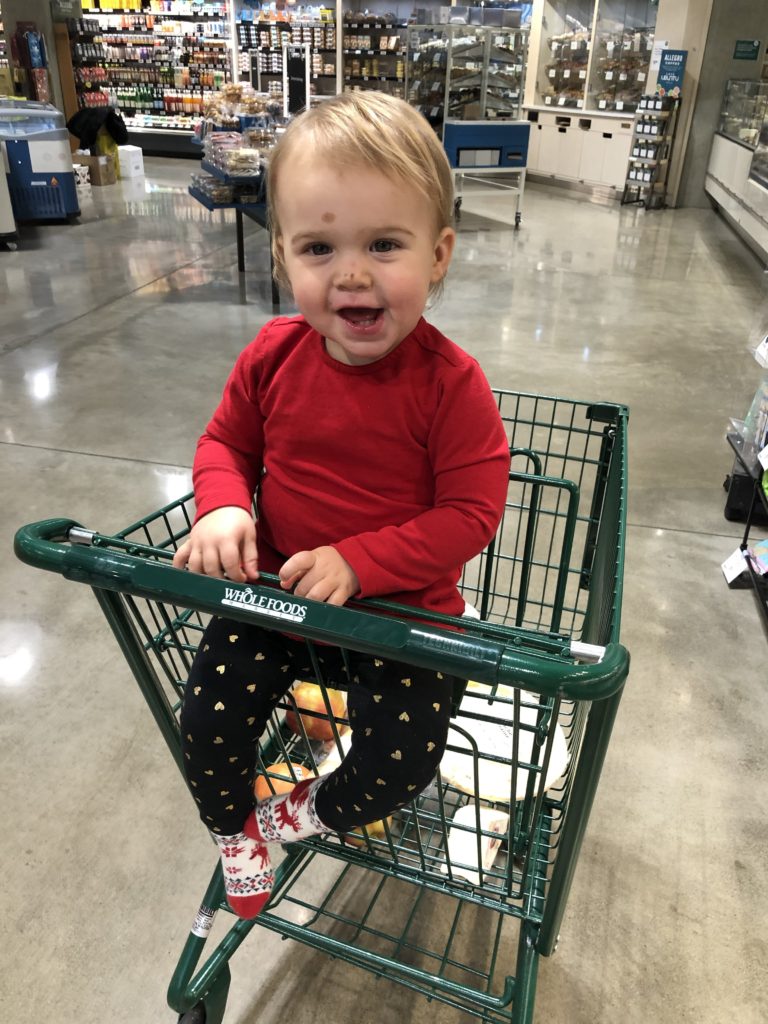 Lately Hannah has been repeating all of the words. It’s been so fun. I have no idea what her comprehension is in terms of vocabulary, but she is extremely quick to follow directions and always seems to know what is being asked of her. Her spoken vocabulary is tough to decipher at this point. 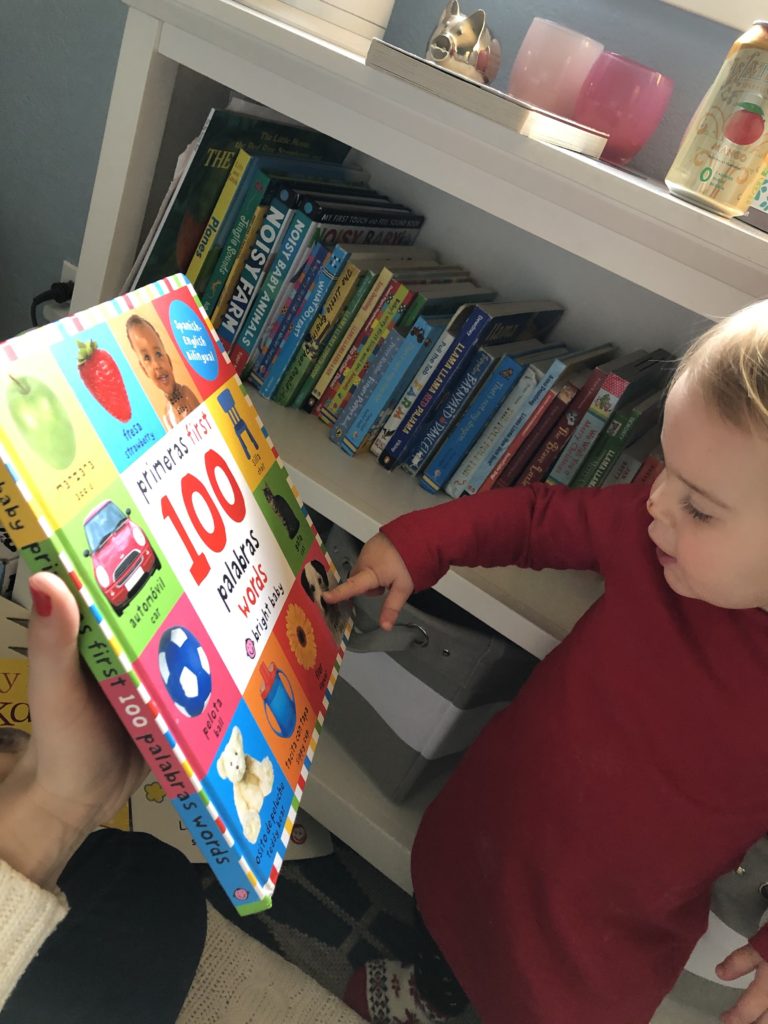 Alex and I have really been working with her on pronunciation but it is extremely difficult to understand what Hannah is saying. Contextually you can guess, and she has the syllables down, but, it just sounds like most of her words are a slight variation of “dada.” She has been saying “mama” a lot more lately and some of her consonants are becoming more clear. I’ve noticed a big leap in her communication skills in the last week or so. 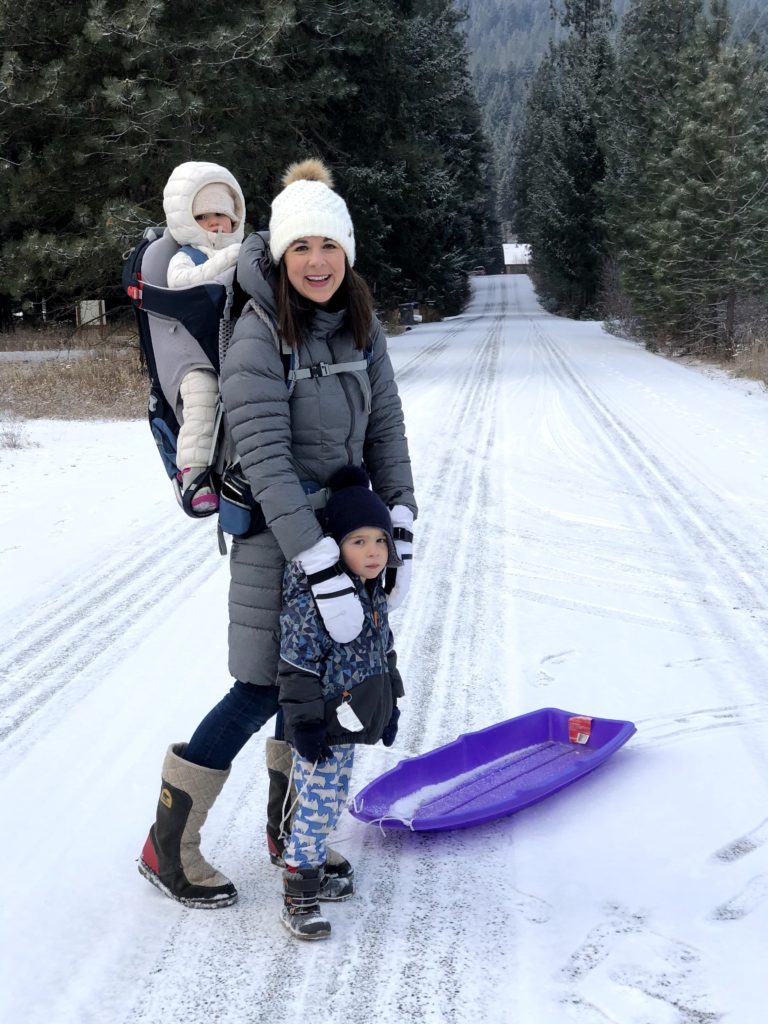 Climbing things has been very exciting to Hannah. I think she just grew a little taller and that has opened up a few new possibilities for her. She loves climbing the stairs and thankfully she’s starting to get pretty good at going down backwards. Hannah can climb up into the furniture in the living room and is getting more confident in her abilities at the park. 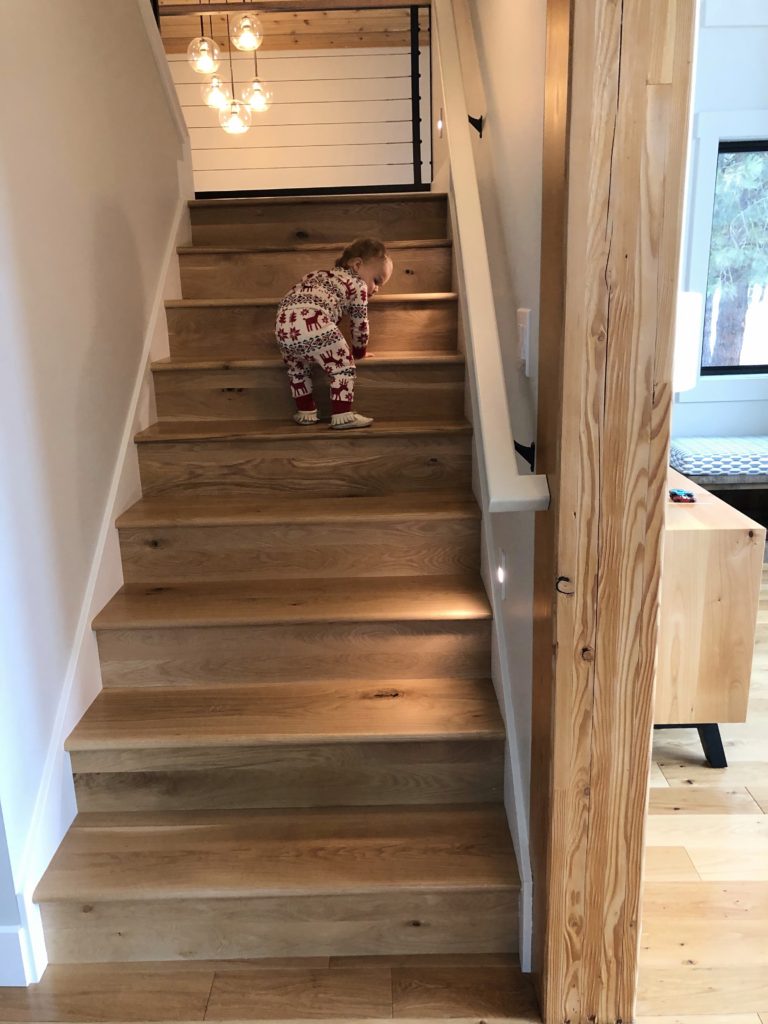 Hannah is generally a terrific sleeper. She is sleeping soundly for around 11.5 hours overnight and typically naps for 1.5-3 hours during the day. The catch is if she has a morning cat nap, she’s not going to have an afternoon nap.

Recently Hannah has been imitating actions quite regularly. She’s figuring things out much earlier than we had expected based on our prior experiences. Hannah wants to do anything her brother does. She has been quite vocal about her preferences with things and is starting to show favoritism to the colors red and pink. 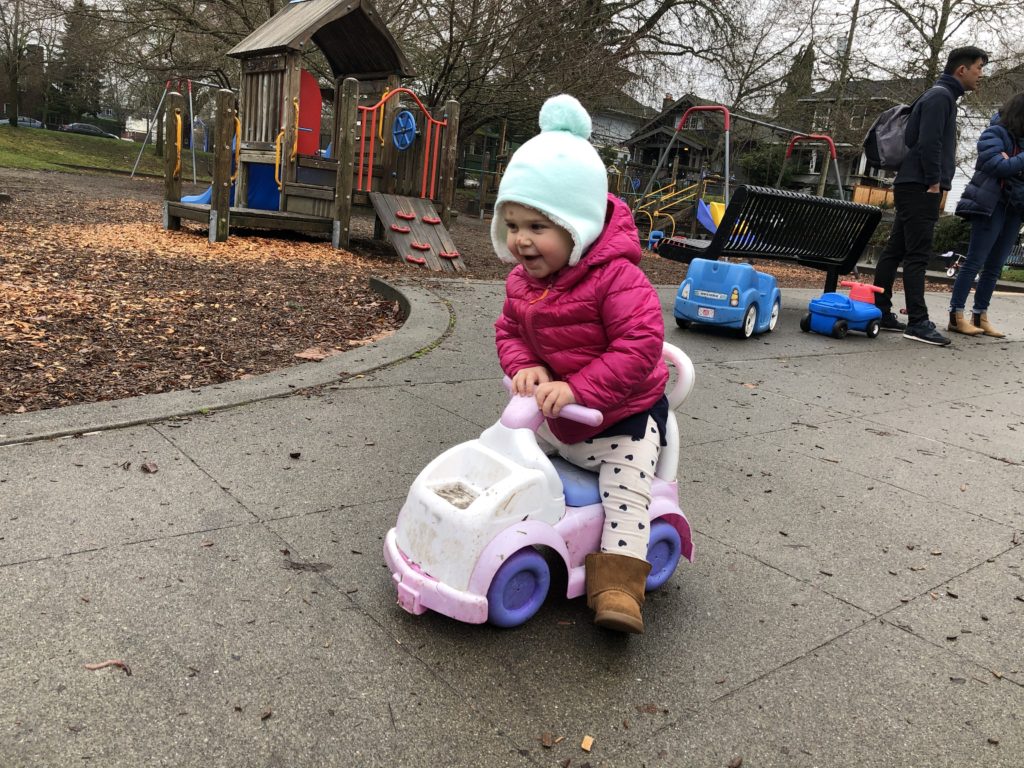 Gosh this girl is a blast. She keeps us on our toes like none other, but boy is she fun. It’s fun to imagine her as she carries on through toddlerhood. 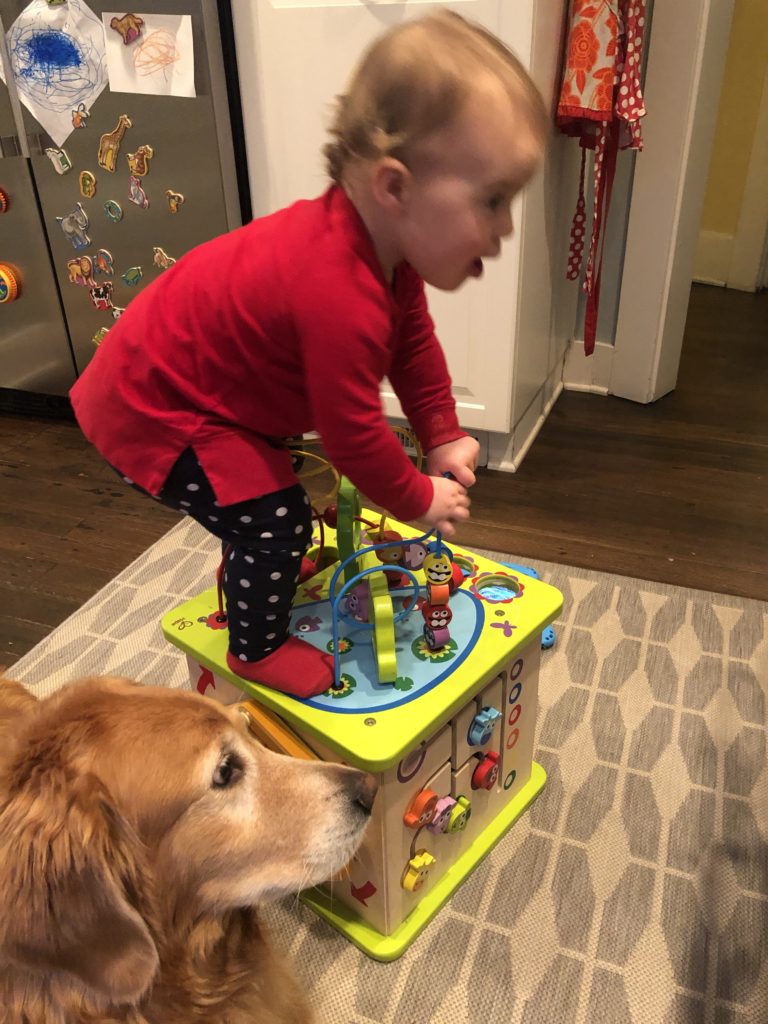