2013 has been a year of joy, anticipation, tears, exploration, loss, new friendships, travel, happiness, a newfound love of wine, laughter, dreams for the future and enjoyment. We said some goodbyes and introduced ourselves to new people, new experiences and new jobs. We learned a lot about life, loss and love this year. I think our perspectives have changed a bit and we have become more empathetic and able to stop and smell the roses. The year started on a down and kept right on going. January begun with the unexpected death of our 6 month old puppy, Aspen. Two days later my beloved paternal grandmother passed away, and later that day I was laid off. These setbacks put us in a funk for a little while but knowing that we still had each other, our family and friends and so much else, we came out of our slump with a new attitude on life. 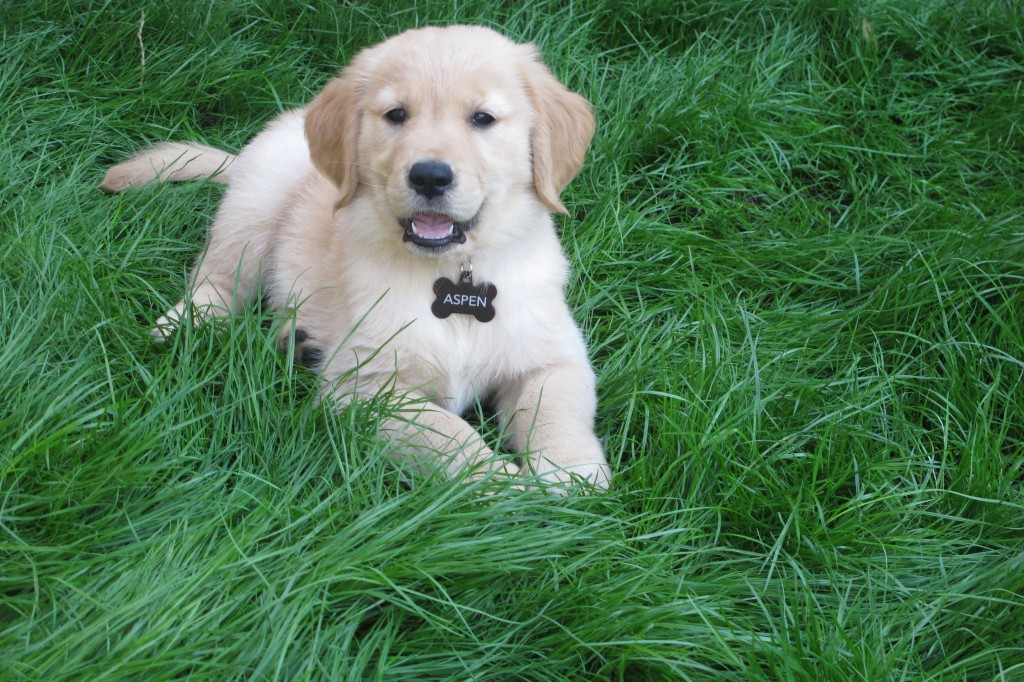 I’m so thankful for the time we had with this sweet girl! 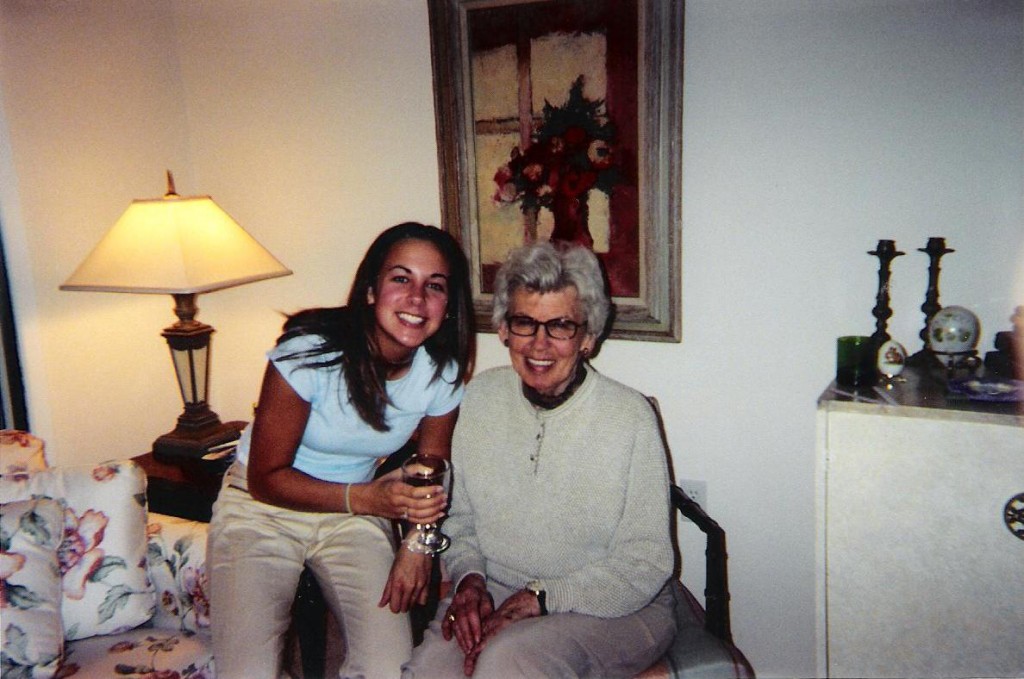 Winter is our favorite season. Some of our winter 2013 highlights include skiing quite a bit of powder at Crystal, along with an unusual number of sunny ski days, an impromptu trip to Portland, a fantastic trip to Whistler for Carrie and Patrick’s bachelorette/bachelor party in February, my dad’s ski trip in Washington, Sarah’s trip to Seattle and finding out that we were going to get a new puppy. 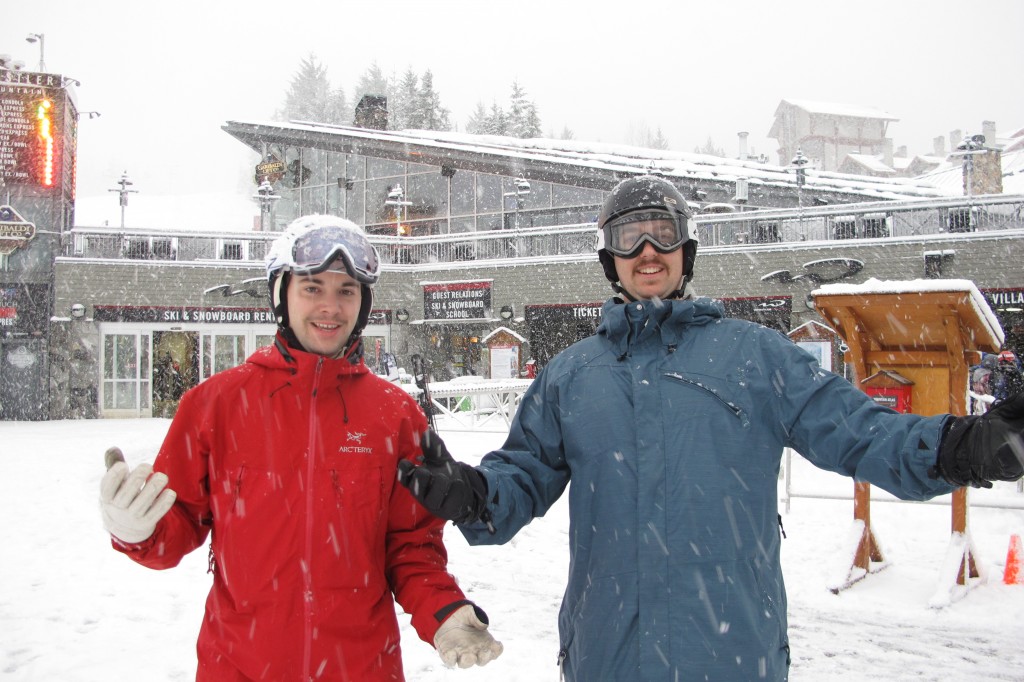 The weather in Seattle this past spring was wonderful and made it easy for Alex to sign up and train for a 200 mile bike ride to Portland and for me to get into running.

Just a few months after getting laid off, I accepted a part-time position as the program director for a Seattle-based non-profit tutoring organization and began working again on April 1st, the day after my 27th birthday. 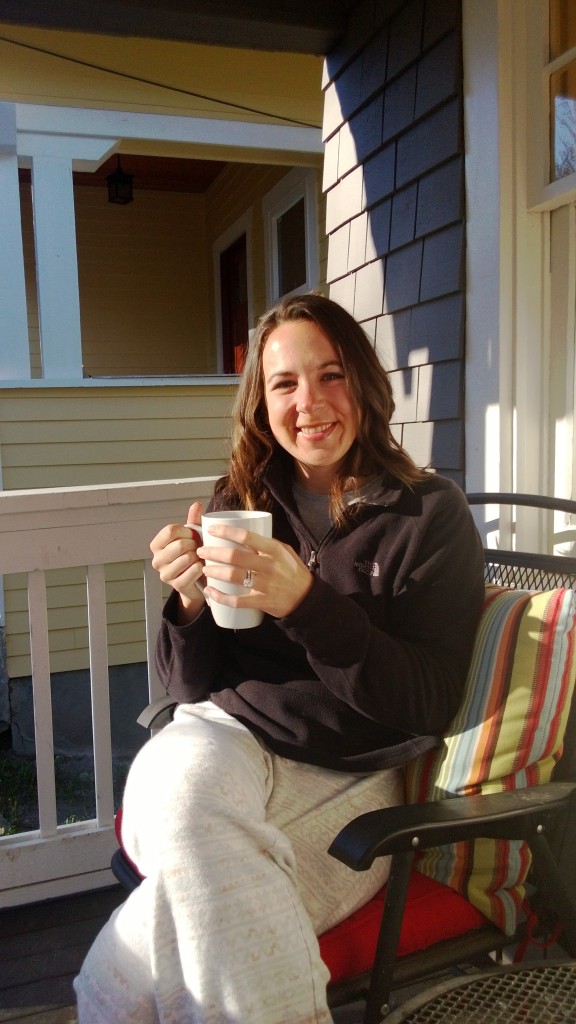 We celebrated our anniversary in April with a trip to Maui! It was a much needed week of rest, relaxation, sunshine and frozen drinks. 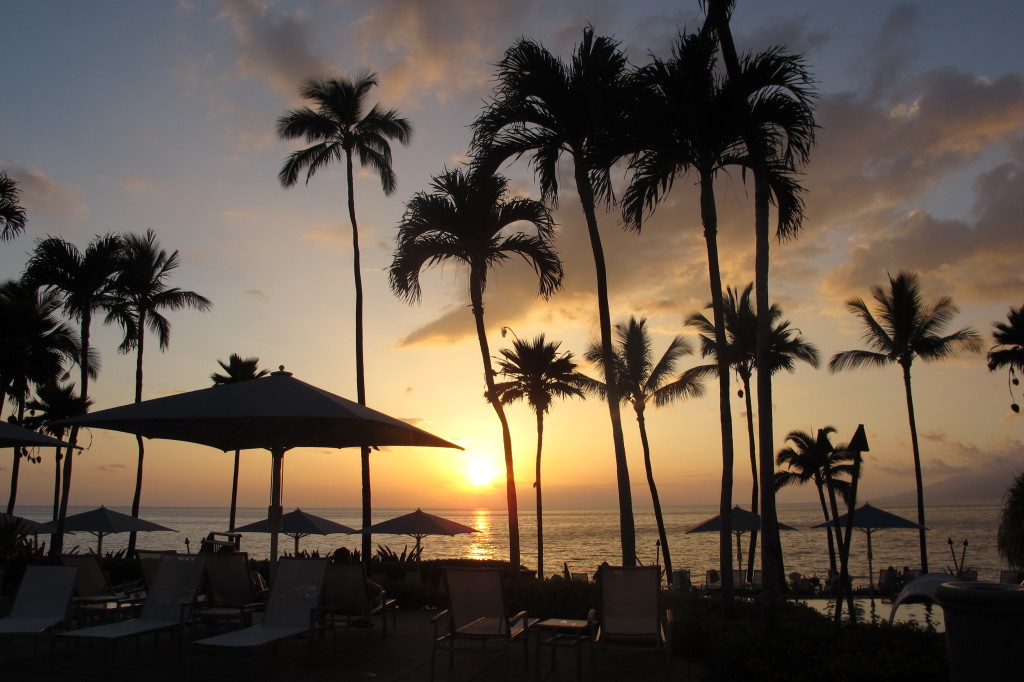 May marked the month that we got our new puppy, Jackson, and Sammy and Amy came out to see us. 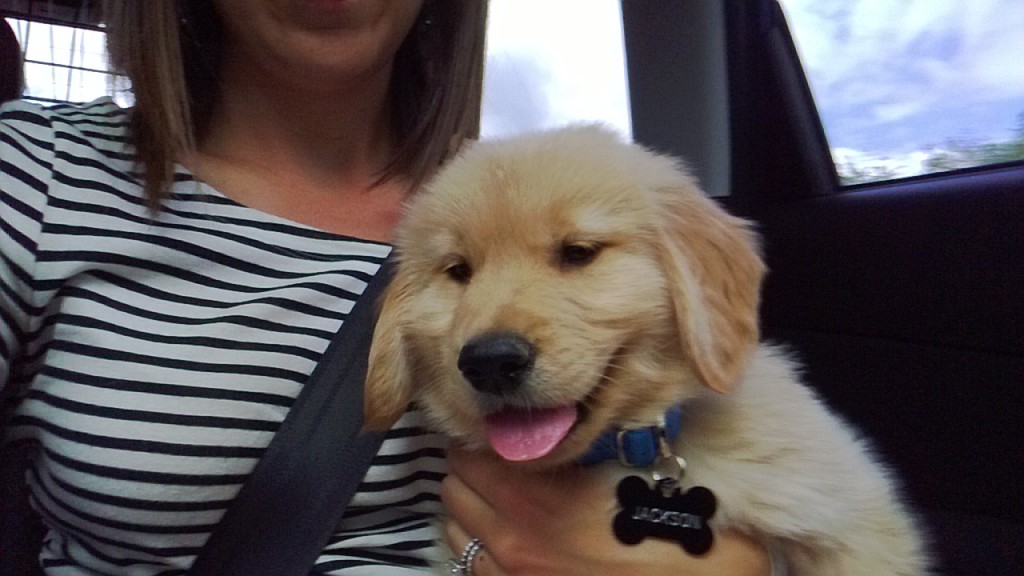 Such a cuddle bug from day one!

Summer was mostly spent chasing our blonde furball around the backyard with the goal of keeping him as tired as humanly possible. My mom came out for a visit in mid-June to see Jackson and help me do some landscaping. 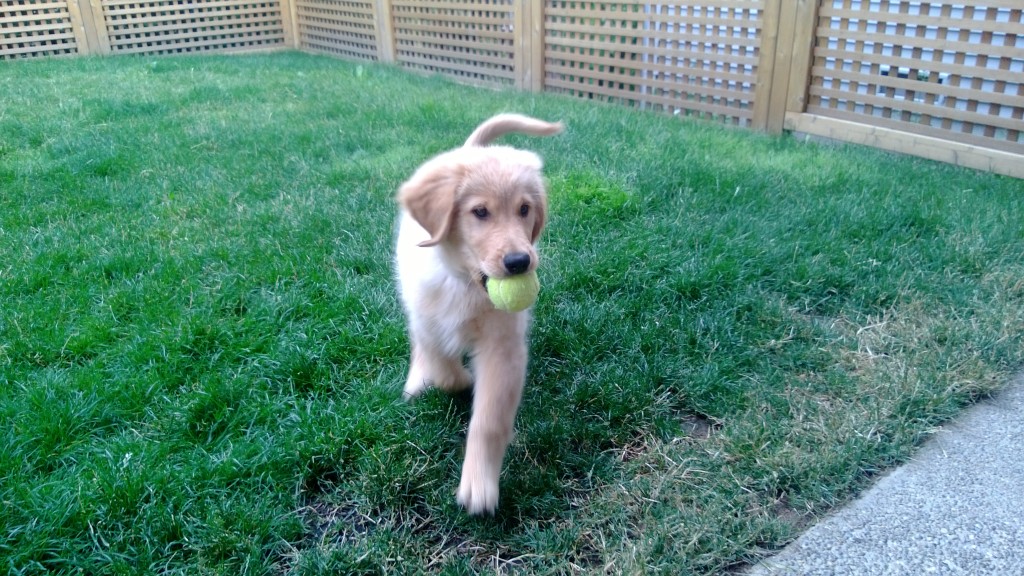 After training for several months, Alex successfully completed his 200 mile bike ride to Portland in July, only then to find out that he was expected to work what seemed like every waking second of every day until Thanksgiving. 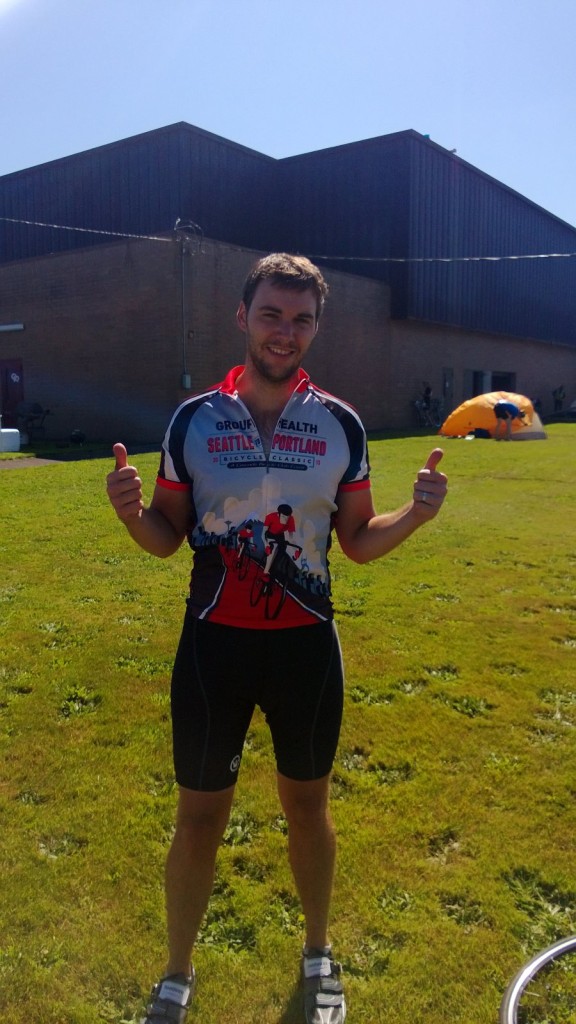 Even so, we did get to enjoy several wonderful weekends away this summer. Our trip to Mount Hood marked the start of our summer travels when we spent a weekend camping with Ali, Tyler and Vivian. I traveled back to Minnesota for Sarah’s bachelorette party in early August, and then we went on another camping trip in mid-August with the Millers and the Buffingtons up in the North Cascades. 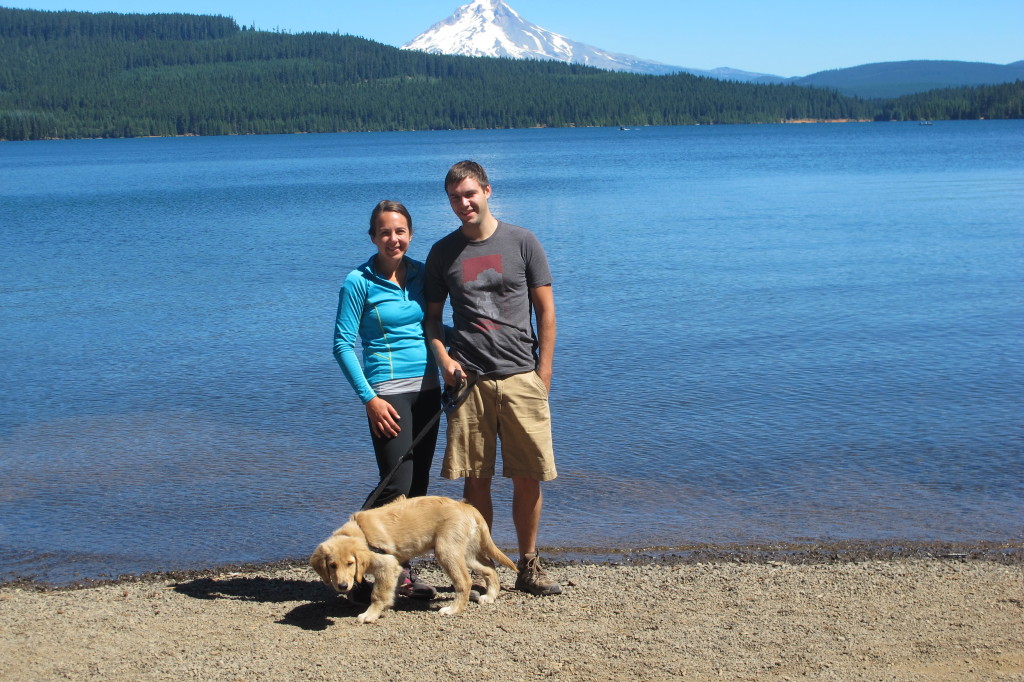 Mount Hood in the background

As summer came to a close we said goodbye to another one of our furry friends. Oliver tragically passed away in my arms after being hit by a car in front of our house. That day still haunts me but it’s comforting to think of all the memories I have of my spastic baby cat. 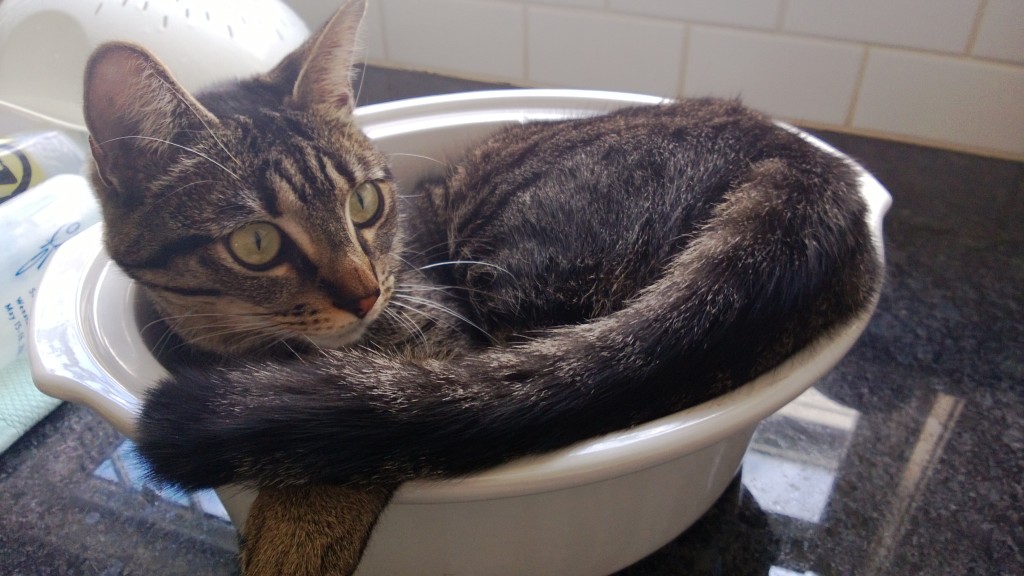 I will miss this ball of energy!

Once Labor Day arrived time seemed to not exist. We were so busy I don’t really know how we functioned for about 6 or 7 weeks. Alex’s parents came to visit us over Labor Day weekend and we took a quick trip to the Yakima Valley to do some wine tasting. The next weekend my dad came to see us and we did some local sight-seeing and went for a hike in the mountains. The following weekend was Carrie and Patrick’s wedding in Yakima. Two weeks later, Sarah and Mike tied the knot in northern Minnesota, and then we attended Kari and Mike’s botanical wedding in Illinois the next weekend. After we caught our breath from the wedding craze we had an eventful weekend trip to Leavenworth, Washington for Octoberfest. 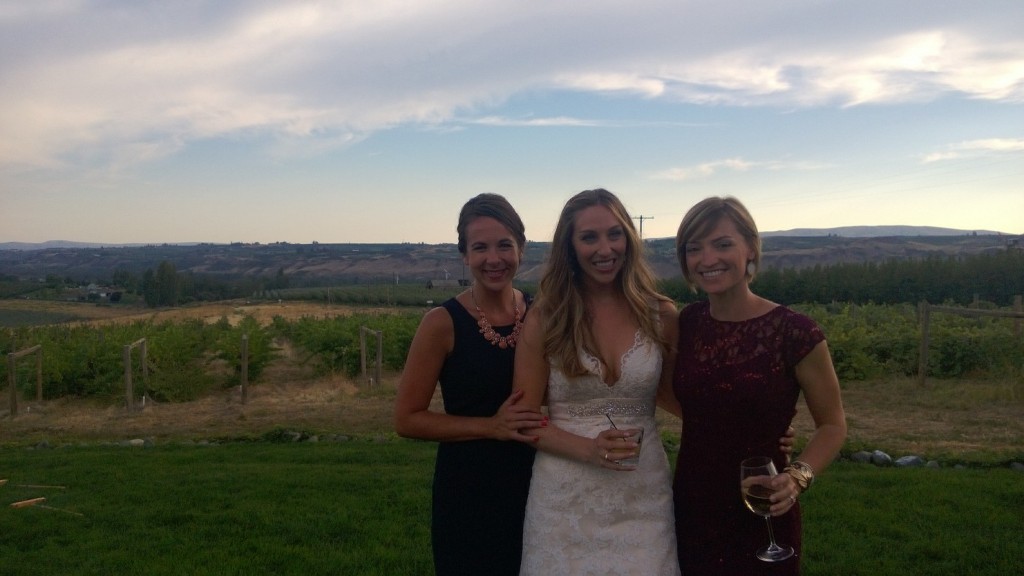 Me with Mary and the blushing bride. 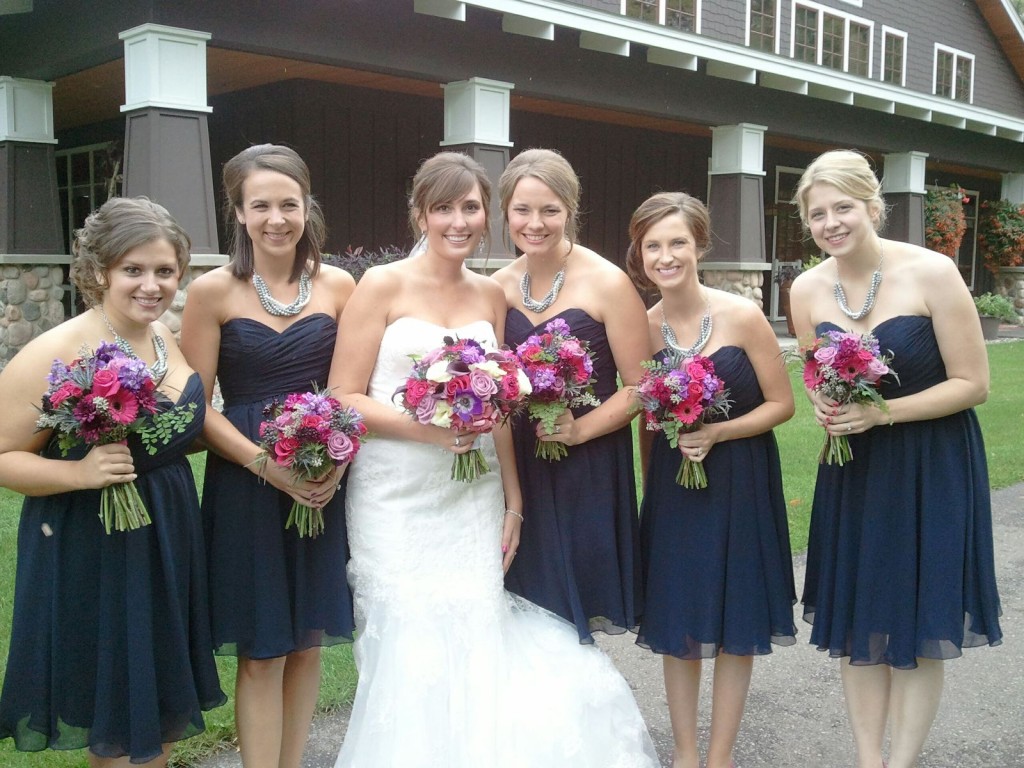 Meanwhile, along with the social craziness, both Alex and I were working double time at our jobs. I work in education, so the start of the school year is always a busy time for me, and Alex was finishing up his product cycle before the holiday season. It seemed like a great time to add in a small home renovation project – we had tile installed in the entry way of our back door to create a mudroom. Somehow we survived the craze and by Thanksgiving both of our jobs had tapered off to normalcy. 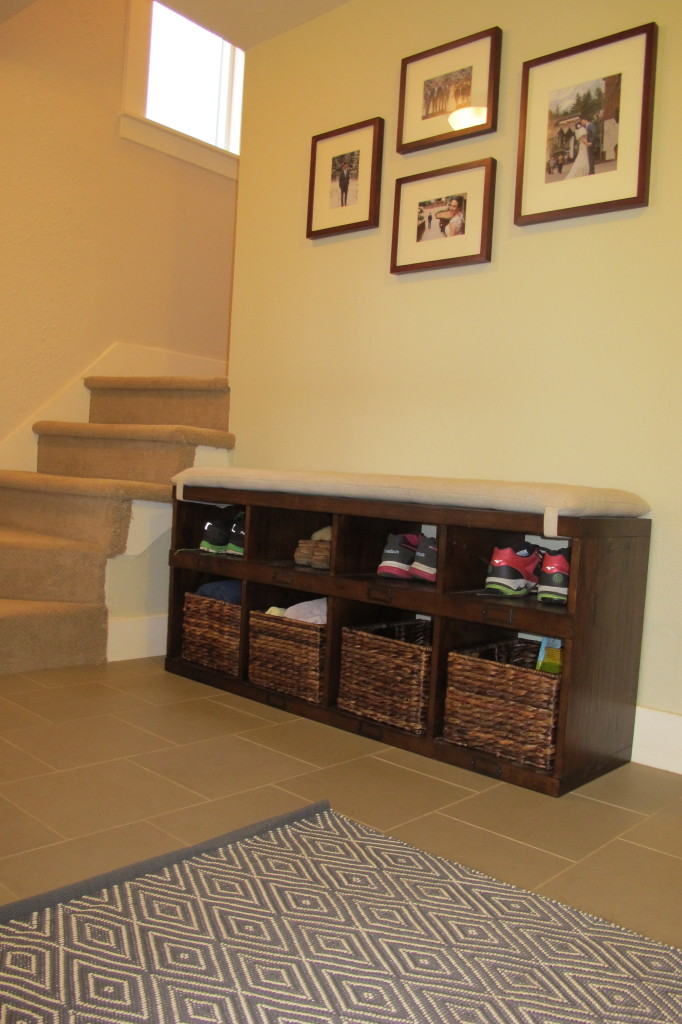 Enter the holiday season! We had a wonderful trip to Breckenridge for Thanksgiving, where we joined Donna, Stan, Alina and Alberto to catch up and ski together. 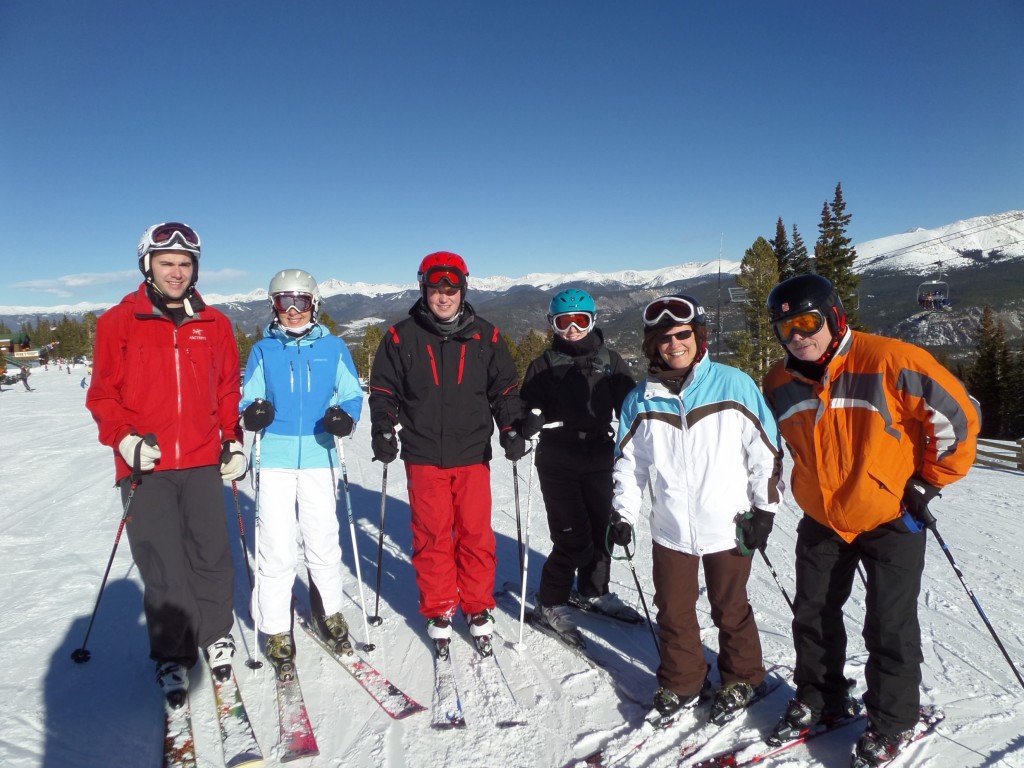 Just after we returned from our trip, Alex accepted and begun a new position with his company, and I accepted a job as a household manager for some neighbors. So far both of our new gigs are going well. 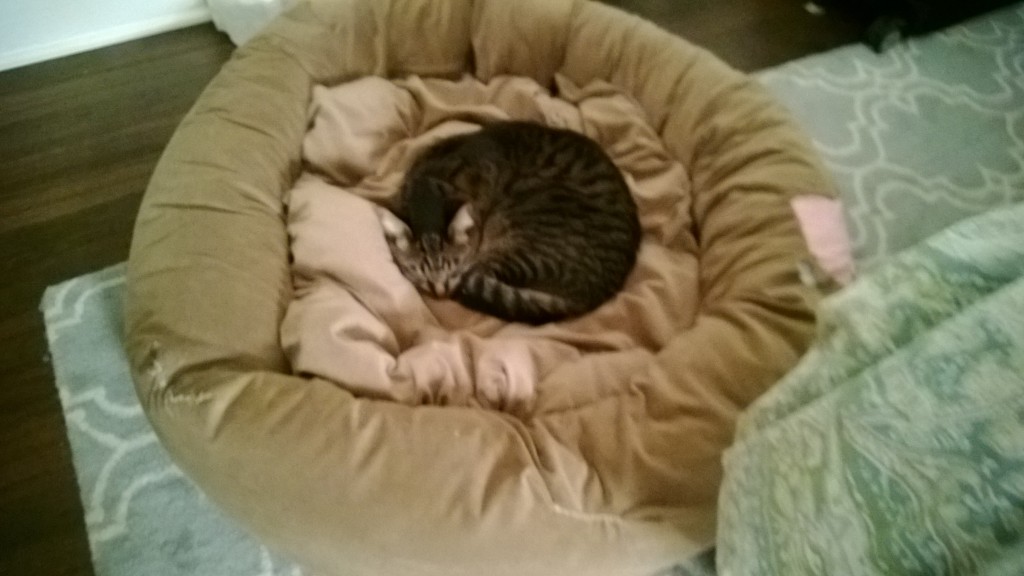 The day before Alex and I flew back to Minnesota for Christmas my maternal grandmother passed away after a rough bout in the hospital. We had a nice time seeing my family and relaxing up at my cabin over Christmas. I extended my trip in order to spend extra time with my family and attend my grandmother’s funeral service. After quite a year, Alex and I are really ready to say goodbye to 2013 and hello to 2014. We have so much to look forward to in the new year… stay tuned!