Much to my surprise we had a four day weekend at home together. I had no idea Alex had Monday off until late last week. After having a few busy weekends in a row it was nice to have a low-key weekend just the three of us. The icing on the cake was the weather – it was basically perfect all weekend long. 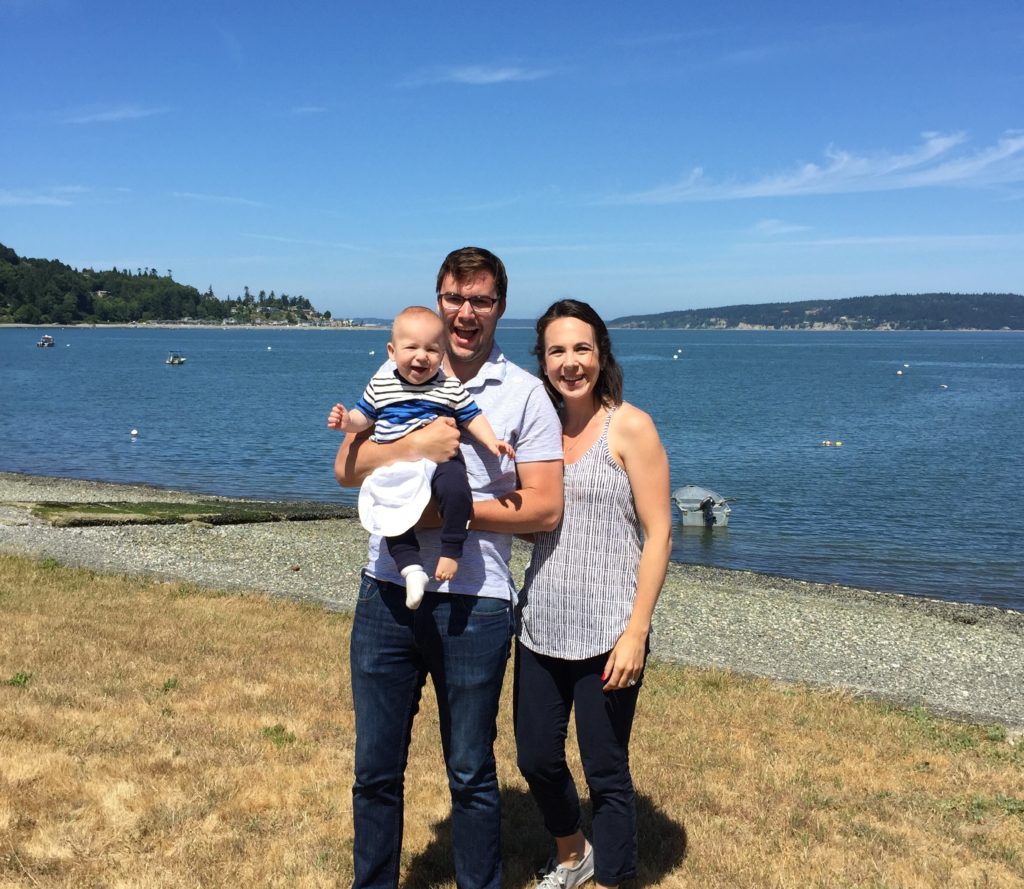 My weekend kicked off a day early – Ben and I had a really fun Friday hanging out in Madison Park, the neighborhood just north of us. It has a much bigger downtown than our neighborhood and it’s got a great beach and a really nice park. Ben and I started at the beach, stopped at the swings and then grabbed a bite to eat at the deli.

Not surprisingly, Ben loved the beach! He loved playing in the sand and sitting in the water, feeling the waves crash on his little legs. He was all smiles! 🙂

We had a laid-back day on Saturday and somehow Alex and I managed to make it to yoga at the gym. It was so nice to start the weekend with a relaxing yoga class! Alex took Ben to the pool afterwards, too, so they had some fun in the water together. 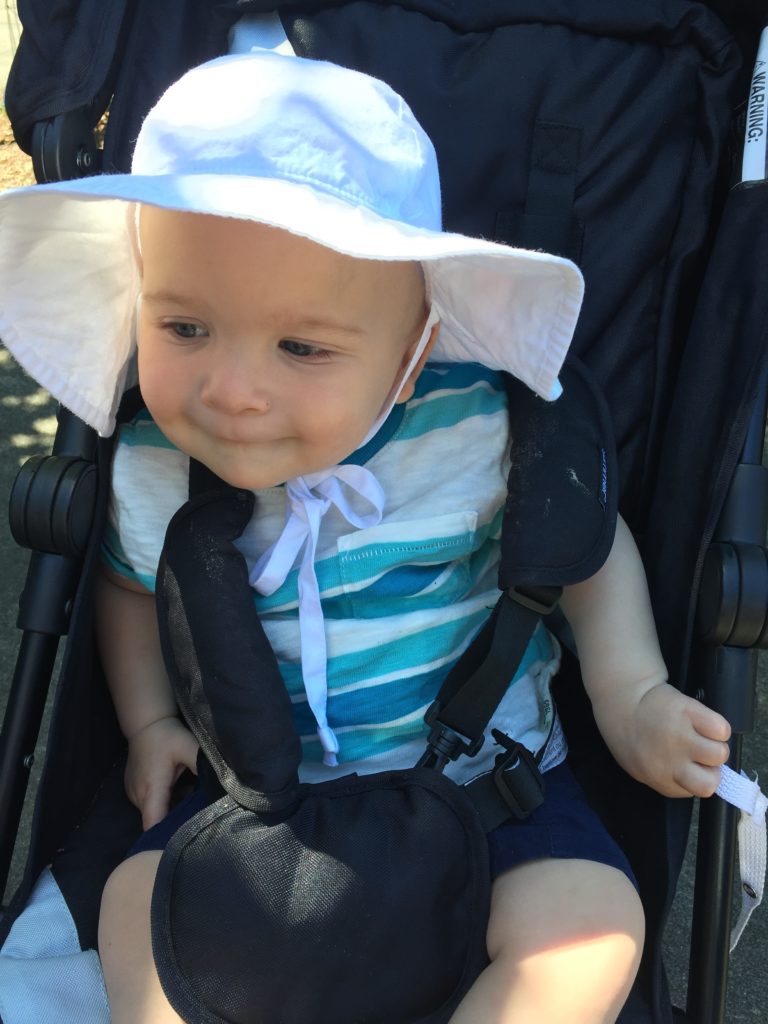 Lately we have been loving taking Ben up to the park in our neighborhood and setting out the picnic blanket and just hanging out. He has been practicing standing on his own and for some reason seems to be more comfortable in the grass. While we were at the park over the weekend he stood up from a seated position all on his own without holding onto anything! Since then we’ve seen him do it several more times but it seems like he’s still realizing that he can do it. 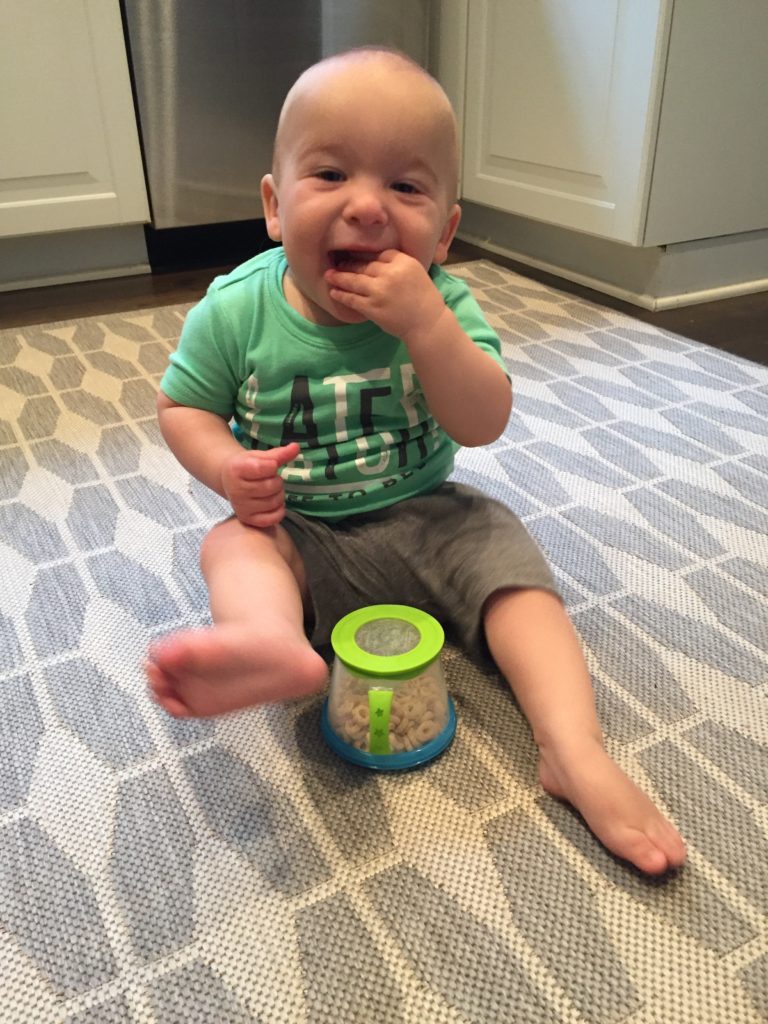 Since I had so much fun taking Ben to the beach on Friday we decided go together over the weekend too. Ben was practicing standing on the picnic blanket at the beach too and is really getting the hang of it. He had so much fun! 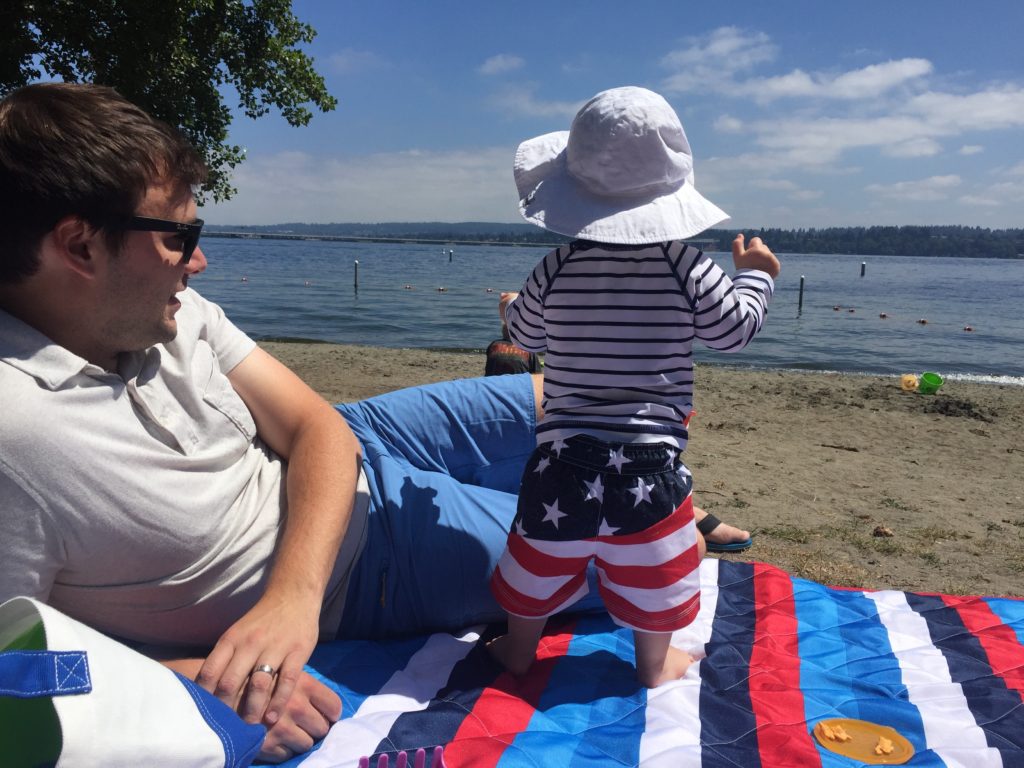 We made an impromptu trip over the mountains to Leavenworth on Monday. It was super spontaneous and last minute and we had a great time. There wasn’t a cloud in the sky which made for a spectacular drive over the mountain pass. We are so fortunate to live in such a beautiful state! 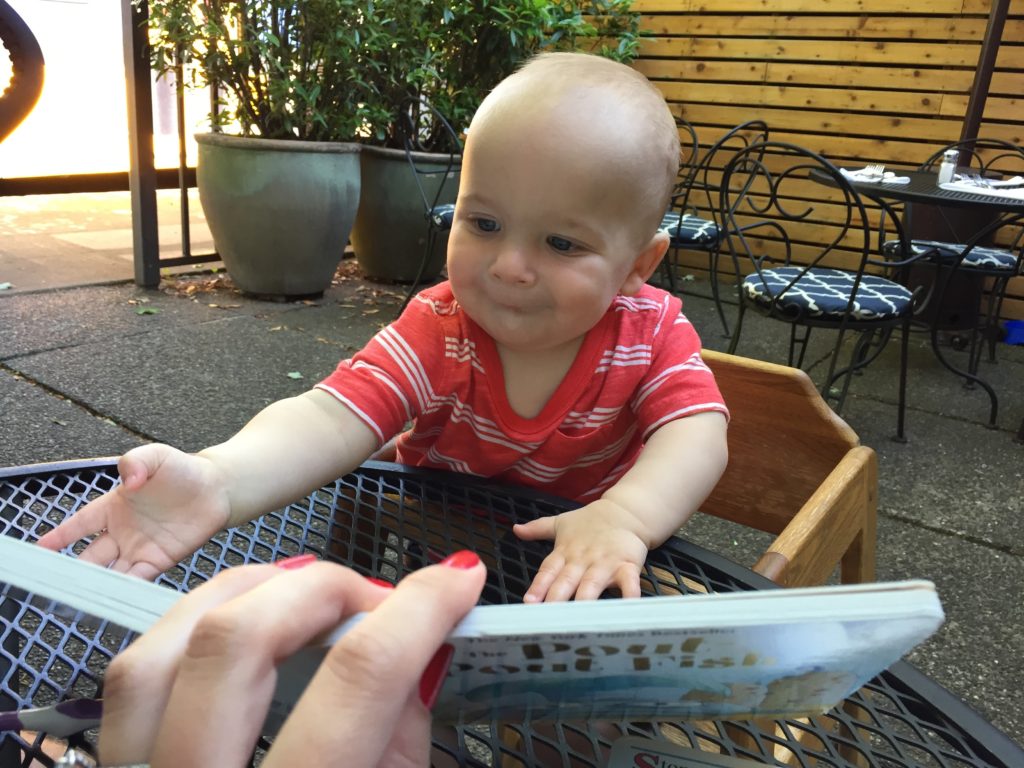 One of our favorite things to do with Ben is to share foods that we love with him. Thankfully he has similar tastes to us so usually he enjoys them. While we were in Leavenworth we stopped at one of our favorite sausage shops and got some sausages and a pretzel. Since it was 90 degrees and a fun, bonus day we treated ourselves to some gelato before we made the drive back home. 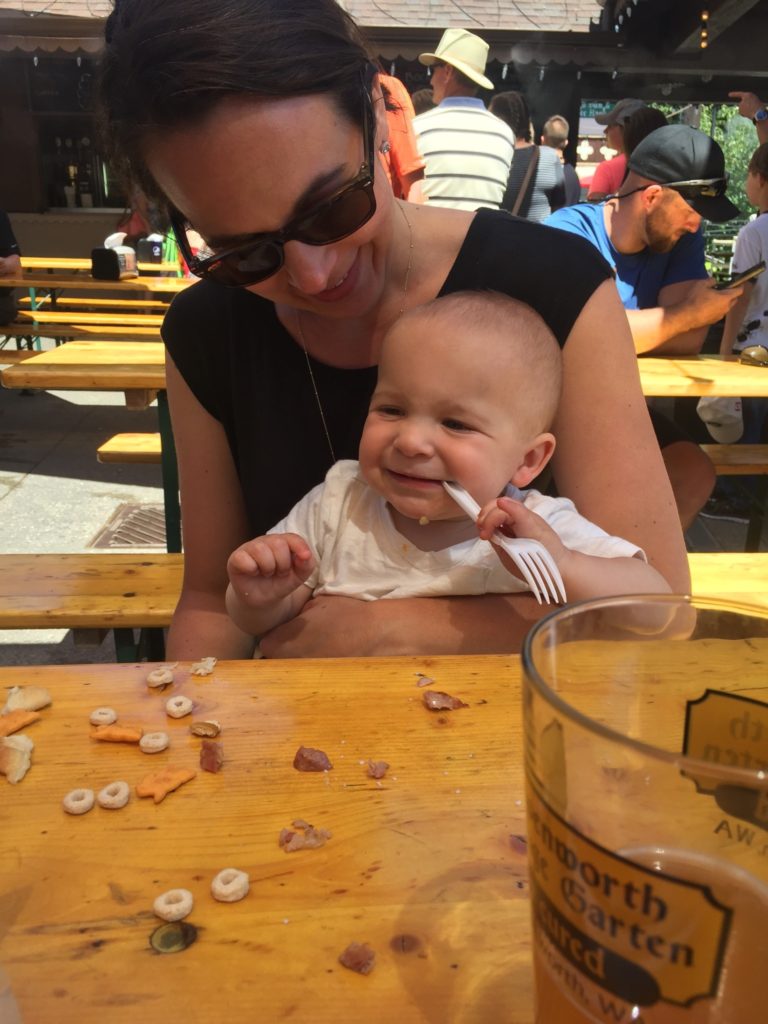 All weekend long we had been looking forward to our plans for the fourth – we headed up to our friends’ Carrie and Patrick’s new house on Camano Island. Camano Island is located a little over an hour northwest of Seattle and is an island, connected by a bridge, out in Puget Sound. Carrie and Patrick moved into their new house two weeks ago and we couldn’t wait to see their new place. 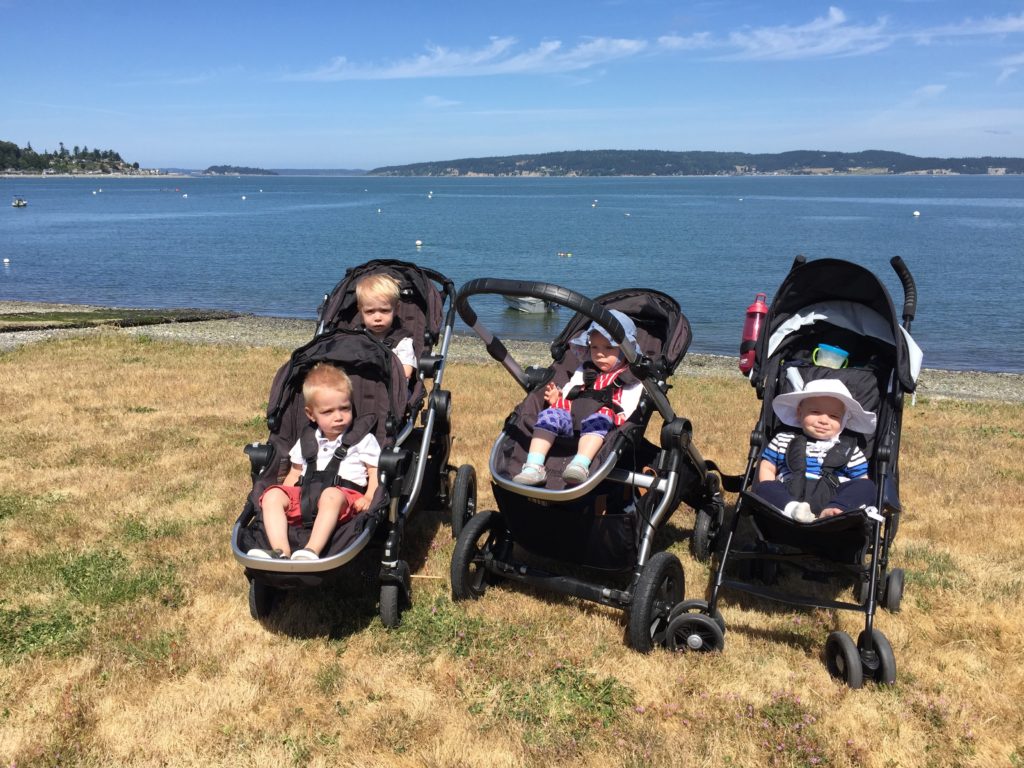 Our friends Ryan and Mary joined us up north with their 19 month-old twin boys, August and Oliver, and Carrie and Patrick have a 14 month-old daughter named Roslyn. It was so fun to have all four babies together for the day. We loved Carrie and Patrick’s new house and hope to spend a lot of time up there with all of our kiddos. 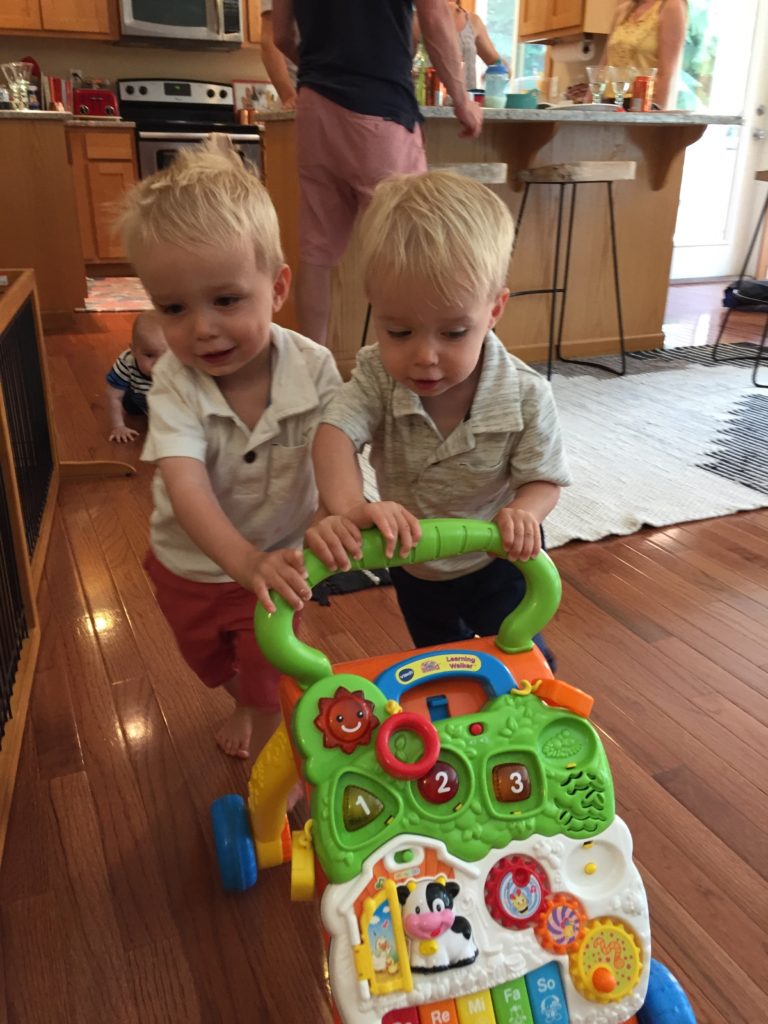 It was sad to see such a nice long weekend come to an end, but we’ve got a short work week and another weekend at home coming up. I love July – it seems like such a nice, relaxing family month. This year anyway! 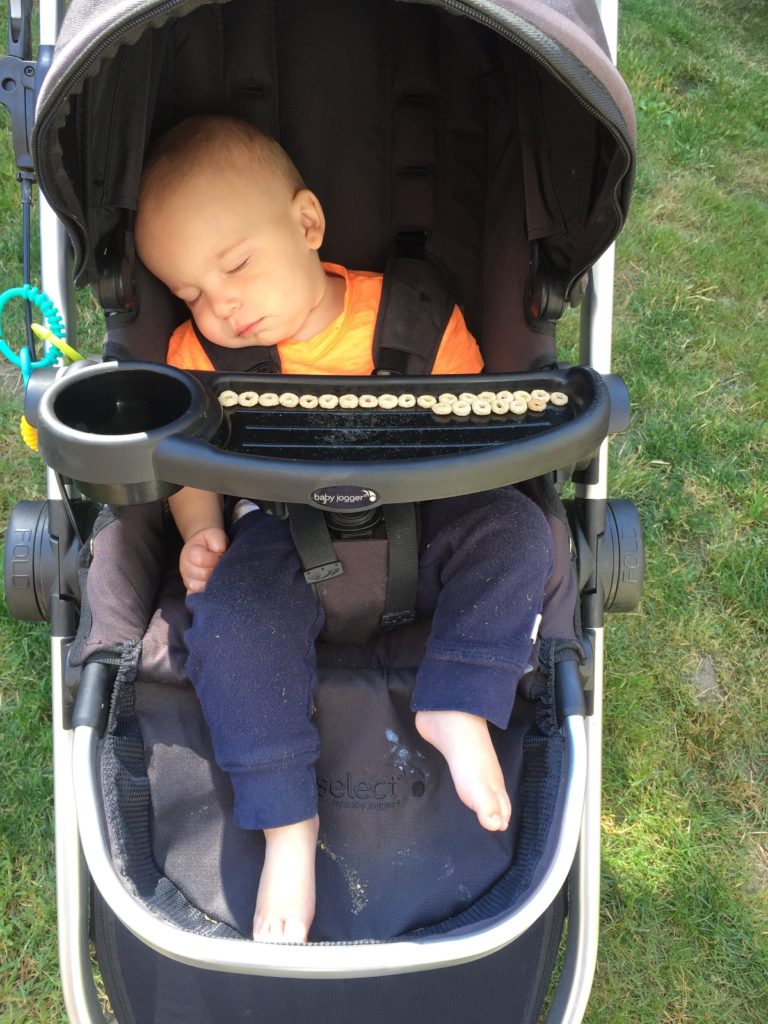