We’ve got another Leavenworth Octoberfest weekend in the books! This marks our fourth consecutive year making the pilgrimage to Leavenworth, Washington with three other couples to enjoy a relaxing getaway in the mountains.

We all arrived late afternoon/early evening on Friday and spent the evening playing games, chatting and eating! Our trip this year was with the same group as last year. This was also our third year in a row staying at the same vacation rental home – it’s a great setup for us with four bedrooms and a great fenced in backyard for the dogs.

Friday was my day to prepare a meal – in keeping in line with the German/Octoberfest theme, I made beer and brown sugar brats with sauerkraut, German potato salad, a regular salad a beer cheese spread. Our group is full of excellent cooks, so it goes without saying that we ate very well all weekend!

Saturday was our full day together and it also happened to be Ryan’s 35th birthday! We had a really nice time celebrating his birthday in Leavenworth and then at the house as well. The weather was great, too, so we were able to be outside the whole afternoon.

One of my favorite parts of our weekend is when we actually go into the town of Leavenworth. Leavenworth is a small town in the Cascade mountains that was built with Bavarian style architecture. Each October they host a huge month-long Octoberfest. We learned the first year not to go to the organized event, but instead to simply come into the town and hang out. We typically post up in one of the outdoor beer/sausage gardens and the boys order a stein of beer and we all get sausages for lunch. Typically we split up and the boys keep drinking beer while the girls shop, do wine tasting or visit the art fair. We’ve gotten to know the town quite well and have a good system down.

Upon arriving back at our vacation home we realized there had been a power outage! We were less than prepared to deal with that. With our fingers crossed for a quick fix, we dug around and found some candles and then realized that the house’s well was powered by an electric pump, so not only were we without electricity, we were without water, too. That ended up being a much bigger bummer than the electricity. There had been a big windstorm up in the mountains and power and cell service to AT&T was knocked out through the entire valley.

The quick fix to the power that we had hoped for did not happen – that it made it really tricky to cook the sauerbraten for dinner. This is a finicky meal that Mary and Ryan began preparing three or four days earlier. It needed to cook on Saturday night for four hours, but we were sans oven. Eventually we fired up the grill and stuck the dutch oven in there and it did the trick! The power stayed out for the entire night and didn’t come back on until the next morning, so it was a little interesting, but we survived just fine.

It was actually kind of fun to not have power. We huddled around the “candle” table in the living room and Mary kicked off a game of “Table Topics” where she went around in a circle and asked each person a different question from a deck of prescribed cards. While we all know each other really well, it absolutely made us learn more about everyone – like that Patrick had a rat tail when he was a kid! We made some great memories during this trip!

When we woke up on Sunday morning it was an absolutely spectacular day. Since the power came back on we were able to do dishes and clean up from dinner the night before. We all congregated in the kitchen and hung out before breakfast. While some folks watched the Seahawks game, Alex and I took the opportunity to enjoy the hot tub and gorgeous view of the mountains. 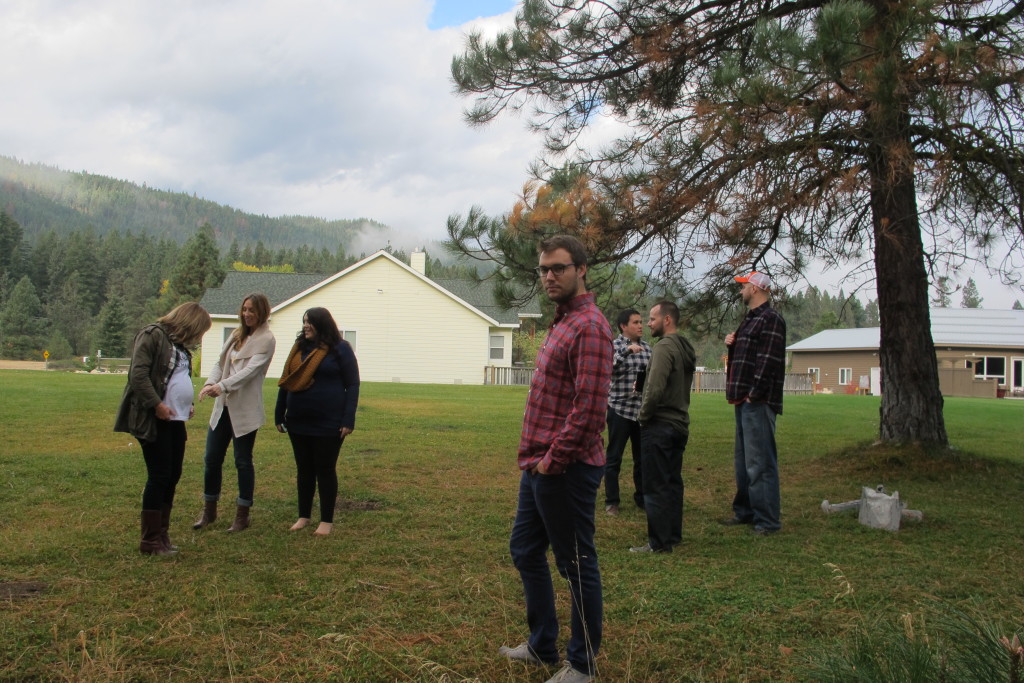 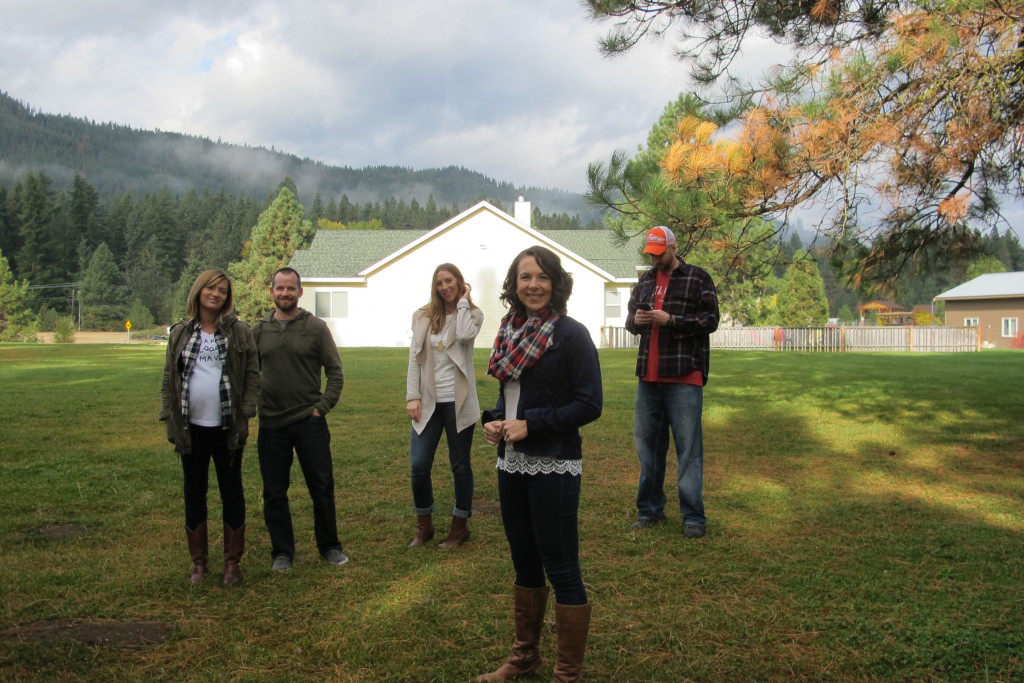 And just like that, our fourth annual Leavenworth Octoberfest trip is over. I have to say I’m already looking forward to seeing how dramatically different next year’s will be with a bunch of babies!