Since Alex and I are going to be spending most of our summer home in Seattle, or at least in the Pacific Northwest, we are both “in training” for a summer fitness achievement. Staying active and being in shape is really important to both of us. It is definitely a motivator to have something to work towards, but in reality, I think we would both still remain active either way.

Alex is currently training for a bike ride from Seattle to Vancouver. It’s about 180 miles and he will ride over two days. Alex’s friend Nigel is also training for this same ride, so the two of them frequently ride home from work together or they’ll go out for longer rides on the weekend. The ride is in mid-July and he has been training for this for around 6 weeks or so.

May is Bike to Work month which has been a great excuse for Alex to get into a bike commuting schedule. His office is 19 miles away by bike and it’s a really nice distance to keep him in shape and to break up his longer rides with.

While Alex is training for a bike ride I am currently training for a half marathon. My race isn’t until mid-September, so I’ve got a little while longer than Alex does, but this week I am going to start focusing on my distances a little more than I have over the last few weeks.

Last weekend my running buddy and I had a really nice run down along Lake Washington. The road is closed to cars on Sundays in the spring and summer so it’s filled with bikes and runners. Jackson is a great running partner, though he still has a few things to learn. He will join me on 2-3 short runs each week, but as I ease into runs longer than 4 miles once a week, he’ll have to stay home.

As a balance to this cardio it is becoming apparent that we really need to do yoga or Pilates. I won a gift certificate to a Pilates studio nearby, which I tested out last week and it felt great to get a good stretch! 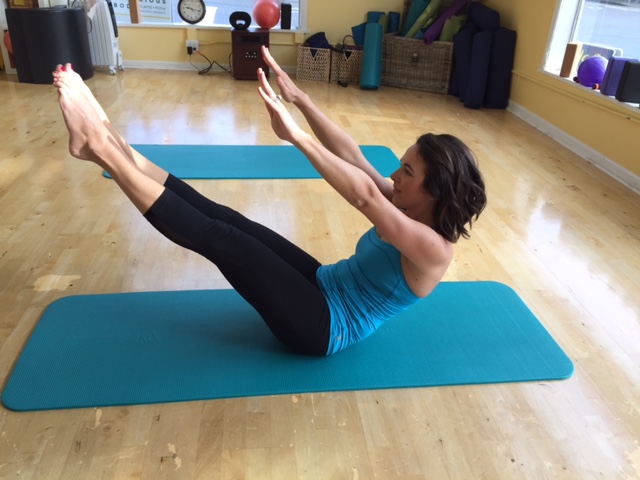 I just signed up for ClassPass, which is basically a limited membership to most of the studios in Seattle – you can go to 3 classes per studio each month, but the total number of classes you can take is unlimited. The point of it is to get you to try out a bunch of new studios. I had seen a bunch of advertising on Facebook, but then a girl I work with spoke so highly of it last week I decided to give it a shot. Below is a screenshot of what it looks like to sign up for a class – you basically take a look at all of the studios in the Seattle area and pick a time and class and location that works best for you. SOLD! 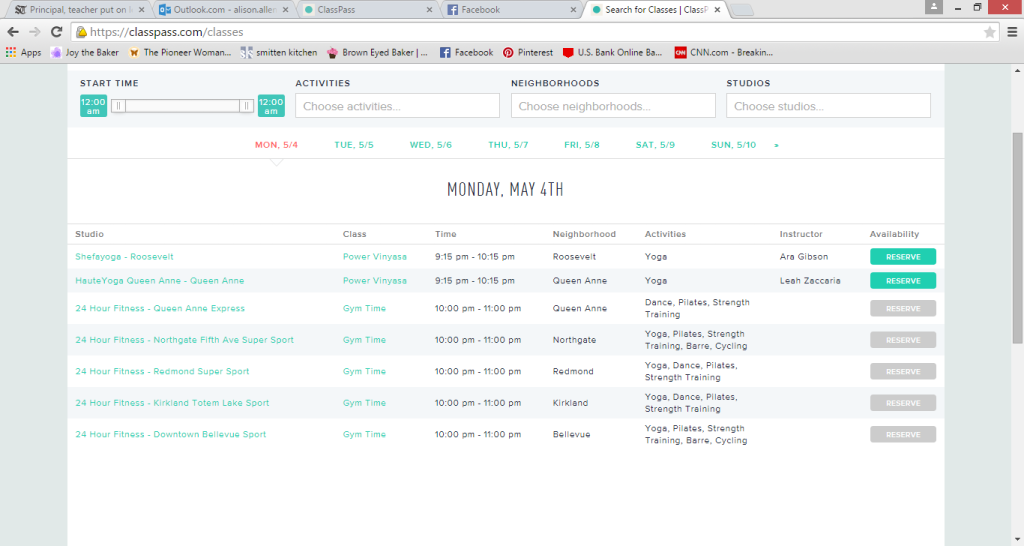 Stay tuned for progress on how our training and rides/races go… We both use the app “Strava” to track our rides/runs, so that’s a great place to keep tabs on us and cheer us on 😉