After a very busy but enjoyable holiday season we had many a things to catch up on at home. It has been a bit of a crazy week just getting back into our routines and picking up where we left off before mid-December arrived and we went into auto-pilot. So far, 2015 is off to an amazing start. We are; however, bracing ourselves for another crazy busy next several weeks, or maybe even months.

One of the first things on our to-do list that we’re working on crossing off has to do with some home improvements. First things first, we’re getting our windshield replaced on Tuesday. I know, you can hardly contain your excitement. Me too, really, it’s not that fun driving with a gigantic crack across the entire windshield.

More excitedly, we are in the process of securing a landscape architect and contractor. We have a small project {that’s what they say… I say major project!} that will consist of probably bringing a backhoe into our backyard, digging down a few feet and replacing our clay soil with organic matter and sand, as well as adding a drainage and irrigation system to our entire backyard, oh and then adding some visual interest back there. In Seattle, people really care about their landscaping and we really don’t have much in our backyard. I am excited to receive the proposals and figure out where we’ll go from there.

In less exciting home news, we are re-opening an insurance claim we had filed after the house next door to us burned down a while back, as the contractors who “fixed” the damage on our house didn’t really do the best job. We’ve since learned a lot and are looking forward to having some of these things fixed – we didn’t ever expect we would be able to go back to the insurance company and not get dinged for this, but some of the siding needs to be replaced and they need to fix some windows. We’re hoping they can get this underway as quickly as possible!

In other logistical news, we have been planning a few upcoming trips and already getting some things down on the books for this summer. We have a few weddings over the summer but they are pretty well spread out so we are really looking forward to being in Washington or the Pacific Northwest for most of the summer. Summers in Seattle are pretty incredible!

This past week Alex moved to a new office. He still has the exact same job but his team moved from his urban office in Seattle back to Redmond where his company’s main campus is located. The move was embraced with excitement, as Alex couldn’t have been happier to not ride the Seattle city bus anymore. His company has its own transportation system, which picks him up 3 blocks from our house and he gets to ride in a much nicer bus that is very consistent and a lot faster than the city bus. His new office is awesome – we spent some time there on Sunday because he wanted to get some stuff up on his walls and make it a little less boring. So far it’s been a great transition for him. 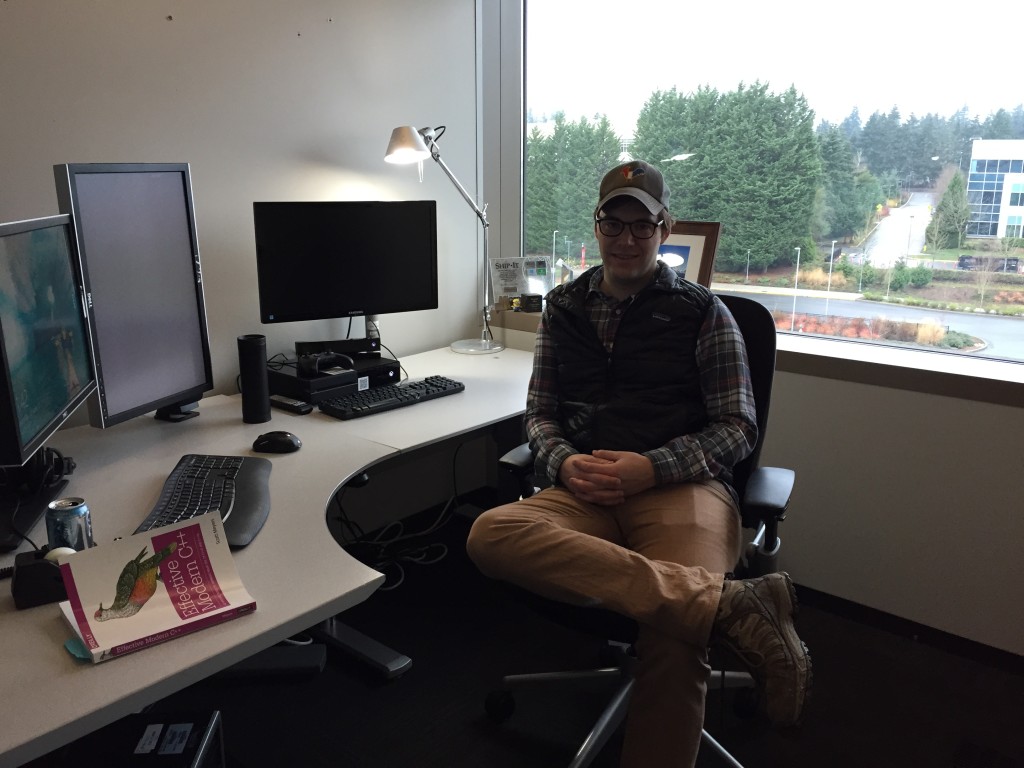 Both Alex and I have been adjusting to new schedules since the new year began. We are trying to figure out how to fit various fitness activities into the mix, too. The studio where we take Pilates classes at just began offering yoga classes, so I took my first Vinyasa yoga class last week and plan to continue. I am currently doing a reformer Pilates class once a week, then my yoga class once a week {hoping to squeeze in another session!} and Alex and I do a Pilates mat class together on Friday mornings. We’re trying to find a good time to add running and Alex wants to do some weight-lifting in there, too, so it’s a work in progress. I just need to be as fit as possible for my upcoming ski class {and trip to Mexico….!}.

We had hoped to go skiing this past weekend but the conditions looked like they were going to be pretty awful so we skipped it. I was pretty tired after hosting a baby shower for my cousin in-law, Heidi, and then having the Millers over for fondue. It was nice to have a relaxing Sunday – we even slept in until 8:30 or 9:00, which is really unheard of for us!