We’ve had three birthdays in our house over the last two weeks – Henry’s, Jackson’s and mine! Henry turned 5 back in mid-March, then a couple days before my birthday Jackson turned 3. It’s hard to spoil Henry with birthday treats because he’s so temperamental and really doesn’t care, but food is the way to Jackson’s heart, so it’s a little easier with him. Either way, both boys are healthy and happy and absolutely loving the sunny spring weather – that’s the best birthday gift for them! 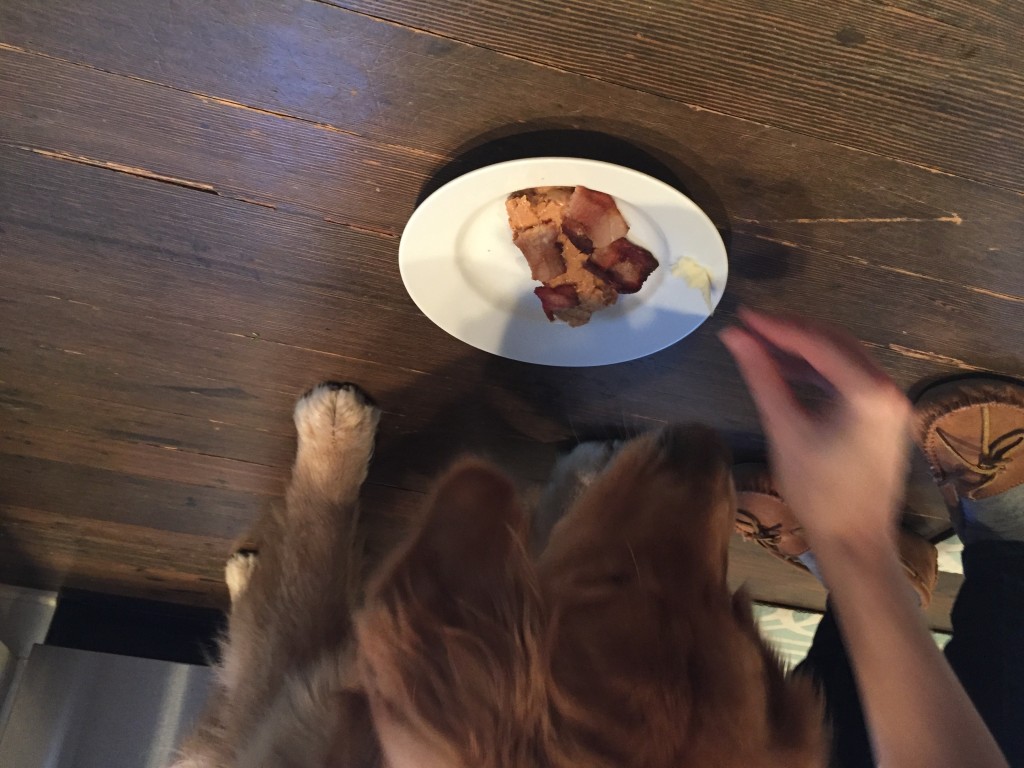 {Alex took a big scoop of peanut butter and formed it into the shape of a bone, then put bacon on the outside and that was Jackson’s special treat!}

Last week I turned 30! It’s hard to believe I’ve already been around for 3 decades. Being pregnant and turning 30 makes it feel like a bigger milestone, I think, since I’m naturally starting a new chapter. I am certainly looking forward to the road ahead – I have a feeling it will be full of excitement and new adventures.

One of the best birthday gifts for me, too, was the weather we were fortunate enough to have last week in Seattle. It was extraordinary! I enjoyed my birthday lunch on the front porch and had some time in the sun later that afternoon, too. 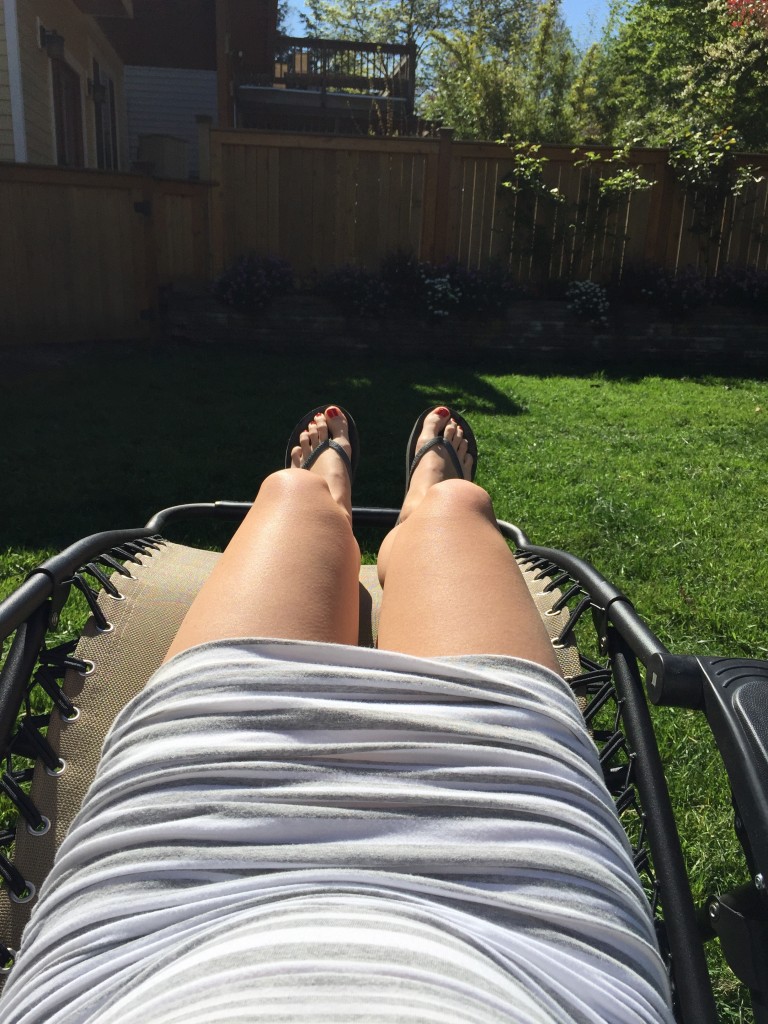 {Me and the belly getting some much needed sun!}

Alex and I are big on having experiences instead of tangible gifts, particularly for birthdays and anniversaries. We feel that experiences are more meaningful and memorable and we can look back and recall how we celebrated various occasions. For my birthday this year he took me to dinner at the chef’s counter at Vendemmia, a newer restaurant in our neighborhood.

We had a terrific time and a fantastic dinner. It was really fun to sit up at the counter next to the chef and watch him carefully assemble each piece of every dish he made for his guests. He is a really friendly guy and he spent a lot of time chatting with us and explained some of his processes. We had 4 appetizers, a pasta, a main dish and a dessert and everything tasted wonderful and probably 3/4 of the plates were things we would not have selected on our own, which was one of the best parts. We love trying new foods!

Over the weekend we met up with Mary and Ryan for lunch and a wine tasting in Woodinville. I’m counting this as part of my birthday celebration because sweet Alex tracked down a bakery that makes a particular kind of cake {Princess Torte Cake} that I loved having on my birthday as a late teen/in my early 20s and brought it to lunch with us. Mary’s birthday was also last week, so it was a nice way for us to celebrate both occasions. We had a really nice time with the Millers and it was an awesome weekend and birthday celebration all around!