We have some big news about baby Allen. Last week I had my regular doctor’s visit and when my doctor was measuring my fundal height {which is essentially the size of my belly} she discovered that it was rather small. It had been a bit small the week before, too, but not enough to sound the alarm bells. Last week I was measuring at the size of about 26.5 weeks, but it should have been closer to 30. Just to be safe, she ordered an ultrasound to further investigate.

As it so happens, the baby is indeed quite small, which was confirmed by an ultrasound last week and then another one today. Over the course of the last week I have been undergoing periodic monitoring and testing to learn more about what’s going on.

My doctor referred me to a team of fetal medical specialists and today I had my first visit there – they did a non-stress test {this measures the baby’s heart rate and looks for natural accelerations to show that the baby is moving and happy}, as well as an ultrasound and then a consultation with the specialist.

While the baby passed his non-stress test {NST} yesterday at a different clinic, today he did not. He had a big dip in his heart rate and because of that the doctor wanted to observe him for a longer period of time, so I’ve been admitted to the antepartum unit of the hospital for a minimum of 48 hours for more monitoring. 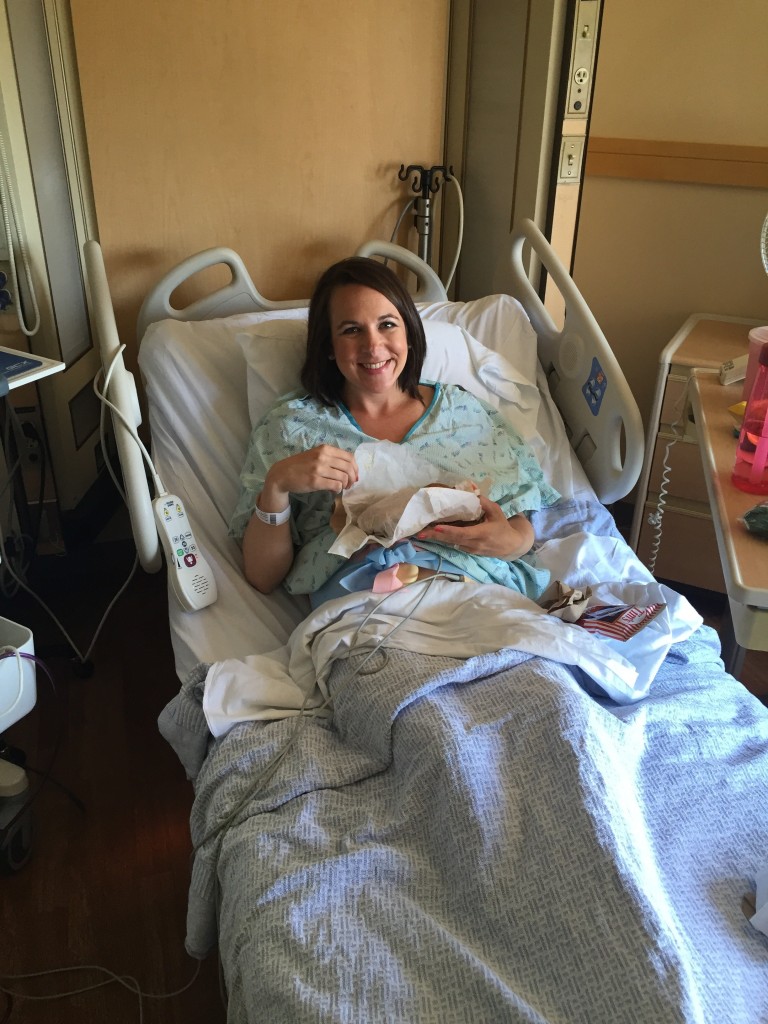 Here’s what we know:

The last I heard was that the doctor was really optimistic that I would get discharged after 48 hours and would be able to continue monitoring as an out-patient, via twice-weekly NSTs and once-weekly ultrasounds, and then be able to still deliver the baby at my preferred hospital after 34 weeks.

For now, we’re taking things one step at a time. We’ve known since last week that the chances that baby Allen would come early would be very high, but now that there’s certainty around that we are trying to get everything taken care of that we possibly can. I’m wrapping my head around the fact that we could literally have a baby at any point in time now. Ironically, our childbirth classes were supposed to start today, so I’m quite unprepared for the actual labor and delivery, but I was able to switch us into an all-day childbirth class on May 21st, so my fingers are crossed that we’ll make it to that point.

We truly are doing fine with the news. It’s a lot to process, but one of our best friends went through literally the same thing and had a healthy baby girl 2 weeks ago {at 37 weeks} and it’s comforting to have her support and hear her story and positive outcome. I’m extremely confident in the care I’m receiving and we are so fortunate to live in a city with excellent hospitals and fetal medicine. So, for the time-being, we’re getting mentally and physically prepared to meet this baby earlier than expected and also potentially deal with some time in the NICU.

Stay tuned for more updates as we have them!