As they always seem to, the holidays kind of snuck up on me this year. I knew in the back of my mind they were approaching and I’d think about and plan something every now and then but every time I thought about the holidays I would realize they were still so far away… until they weren’t! In any case, we wanted to make Ben’s first Christmas special for all of us. 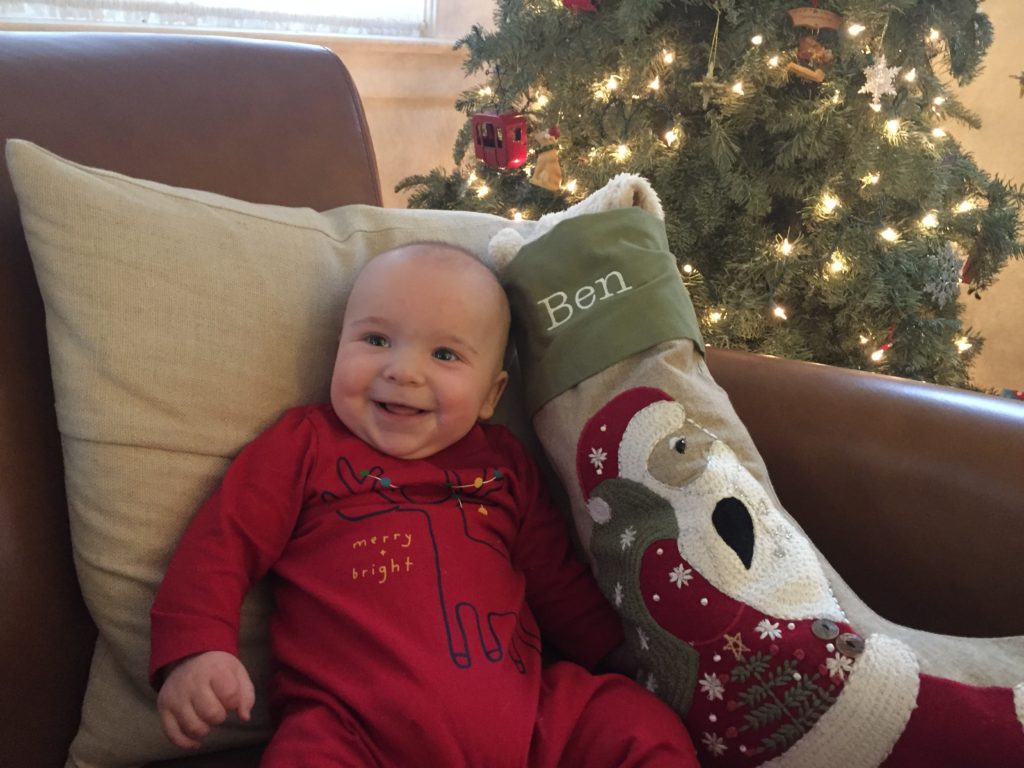 Our holiday season kicked off with the two holiday parties we had – one we attended and one we hosted. We baked a few batches of Christmas cookies – our nanny was super helpful and baked several dozen. Somewhere along the line we nearly ran out of Christmas cookies, though, so I ended up whipping up a double batch of gingersnaps to take to the NICU and antepartum units at the hospital where Ben was born. 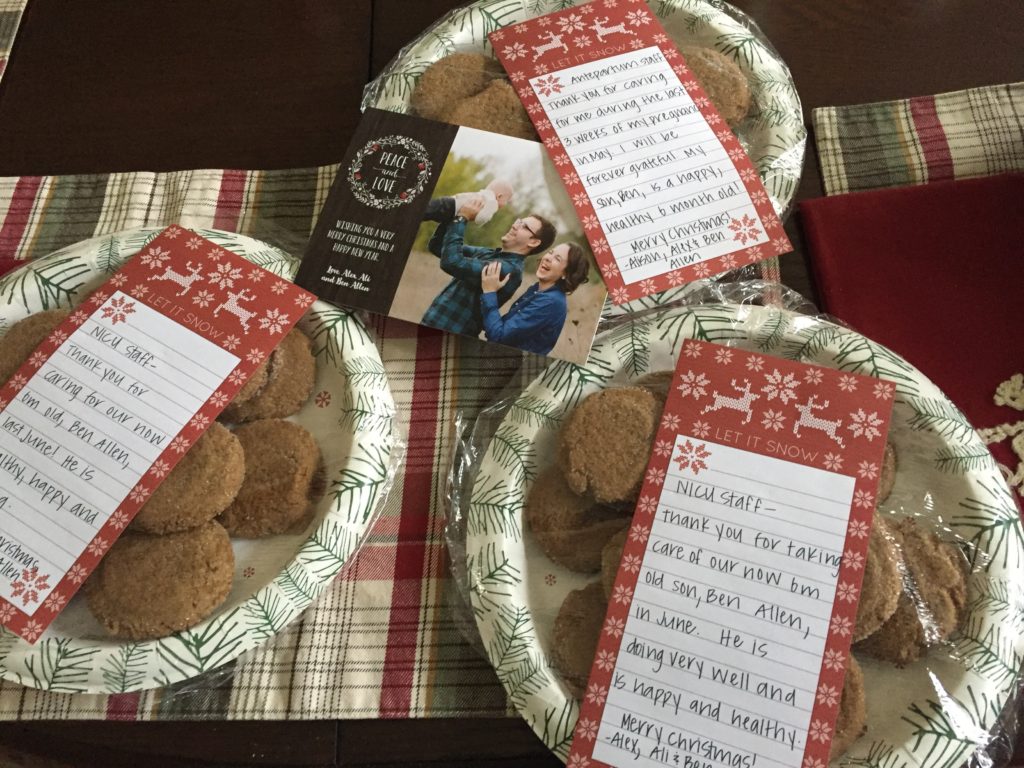 Speaking of babies being born – one of the best Christmas gifts we received was the birth of our nephew Nico! Baby Nico was born on Christmas Eve in Chicago. We are SO excited for proud parents Alina and Alberto and can’t wait to meet their sweet boy. It’s going to be so much fun that Nico and Ben are less than 7 months apart! 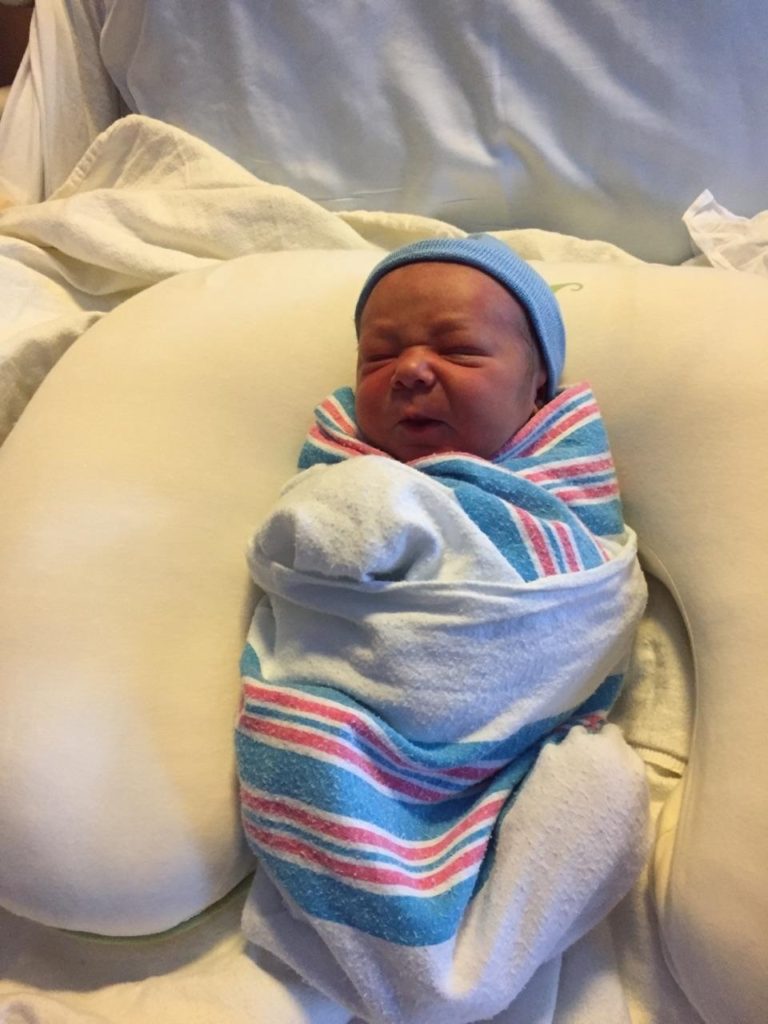 We celebrated Christmas Eve by going up to the mountains for the afternoon. Ben had never played in the snow before so we stuffed him into his snowsuit and laid him down in a heap of snow. He wiggled around and basically made a snow angel and inadvertently sprayed himself in the face with snow! He wasn’t too keen on that, but I think he liked being up in the mountains. 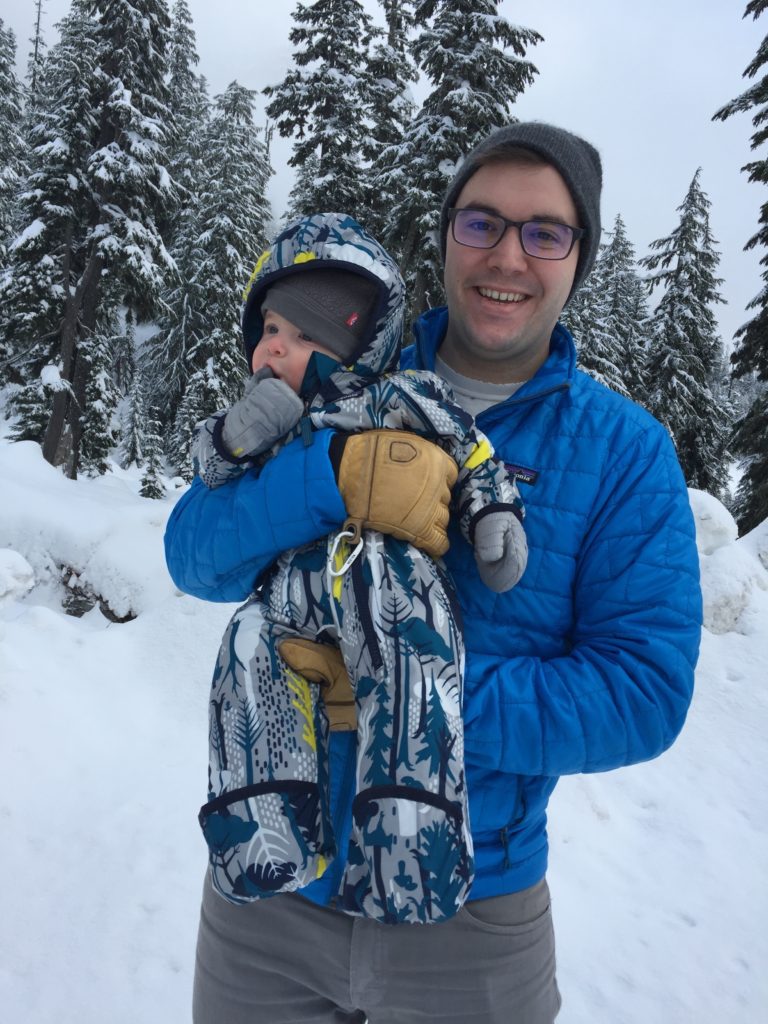 It was a beautiful day up there – we were at Alpental, a ski resort, and the evergreens were covered in light, fluffy, powdery snow. It was spectacular and a perfect backdrop for our first time bringing Ben to the mountains in the winter. 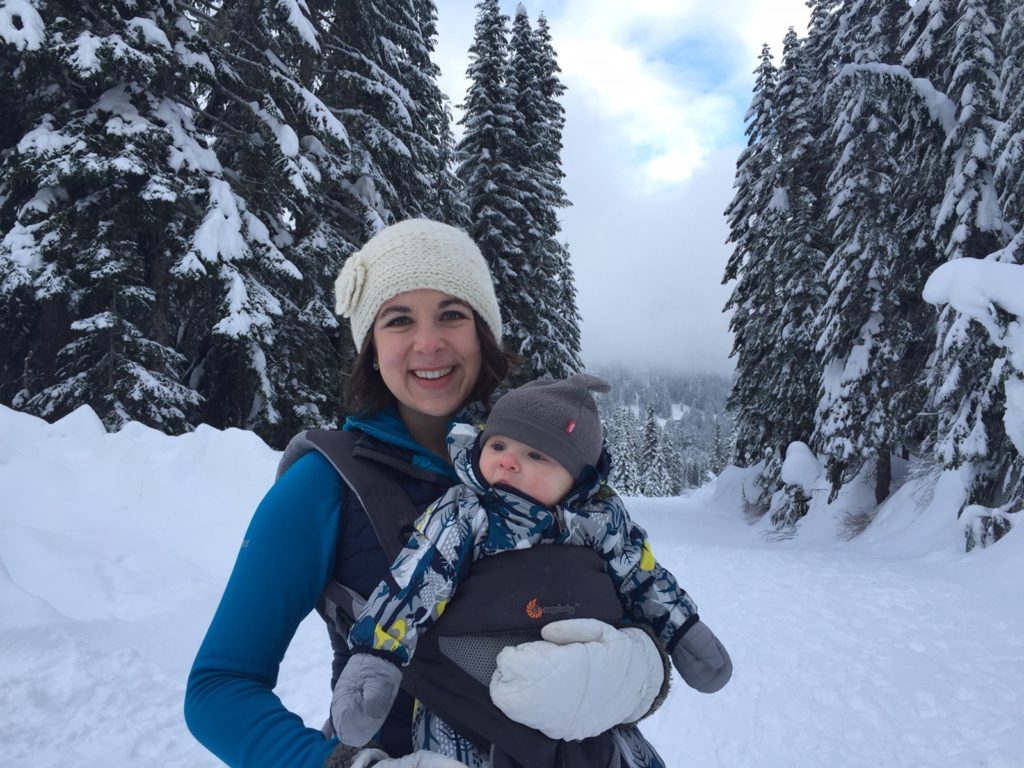 True to tradition, that evening we read “The Night Before Christmas” to Ben before tucking him in for his long winter’s nap. Once Ben was asleep for the night Alex and I made fondue and popped a nice bottle of Spanish wine for dinner.

I was a little slow in finishing up wrapping gifts so we huddled downstairs in and finished up my Santa tasks and got everything ready for Christmas morning. 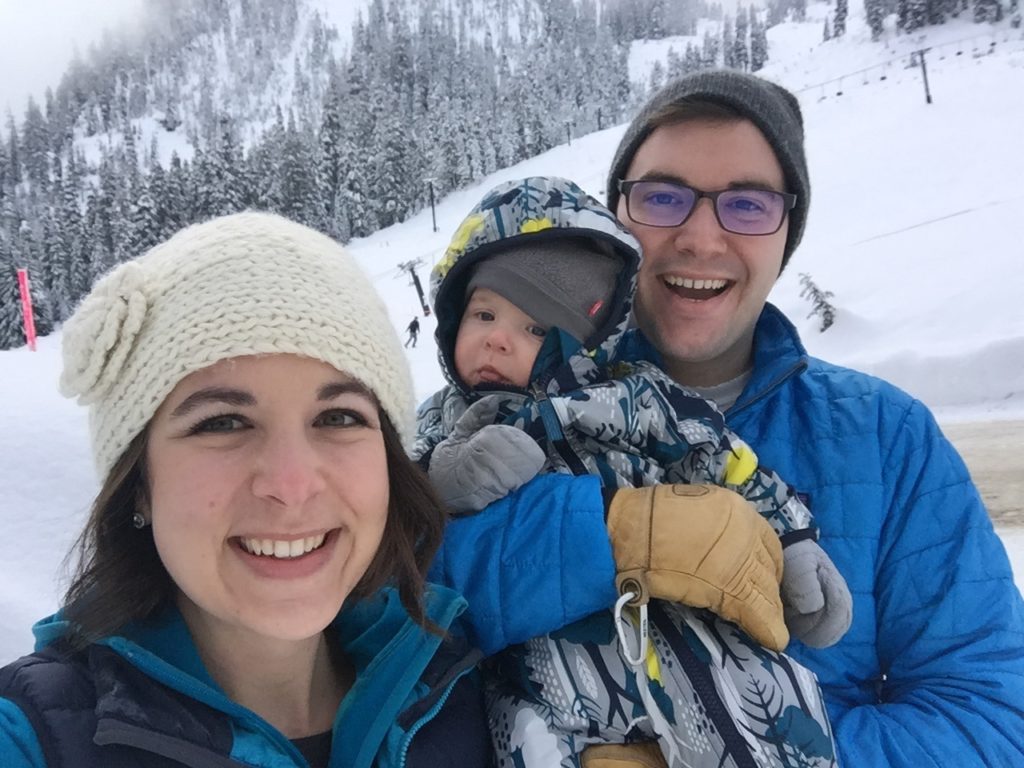 Santa brought us the amazing gift of sleep for Christmas this year! Ben almost slept through the night, but slept in the morning until 7 a.m.!!! It was so nice to sleep in and not be awaken multiple times throughout the night. We all woke up in a great mood ready to celebrate Christmas.

Christmas morning was lovely. We were together as a little family. I made an almond pastry, called a Swedish Kringler, that my aunt Sarah has made for many years on Christmas. I had never made it before but it is divine! 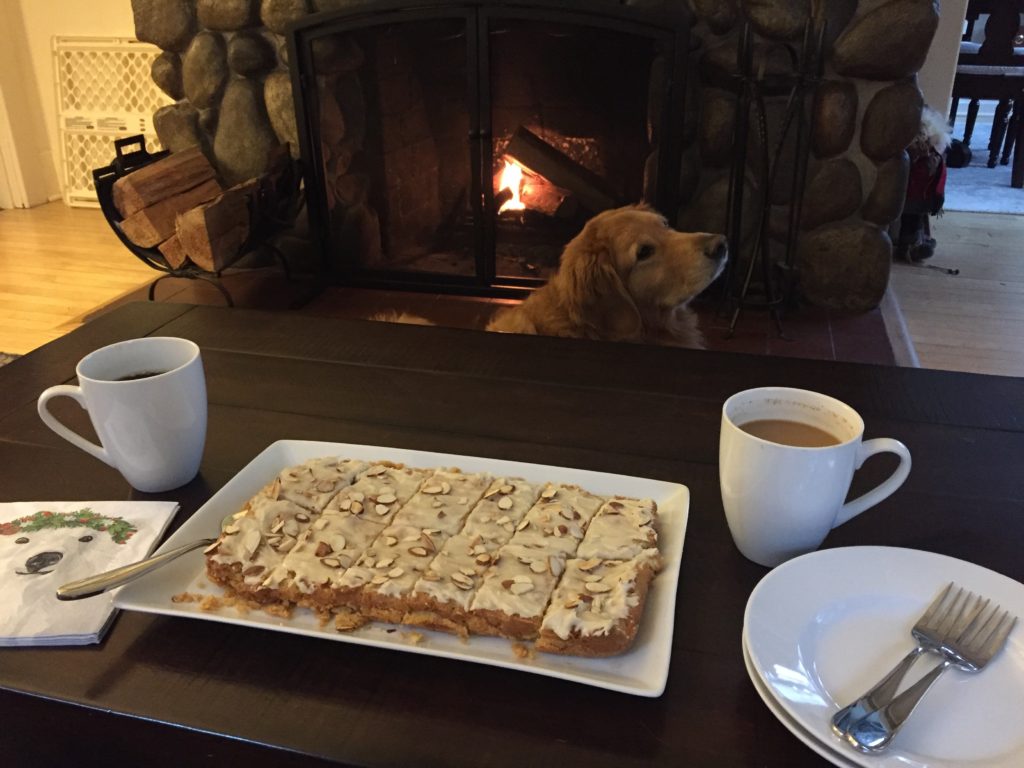 We had lots of gifts to open. It was so sweet to see all of the people who thought of Ben. We had gifts come as far away as Spain {Our friends Elizabeth and Lois were back in town from Spain for the holiday and stopped by for a visit on Friday. It was SO nice to see them.}! 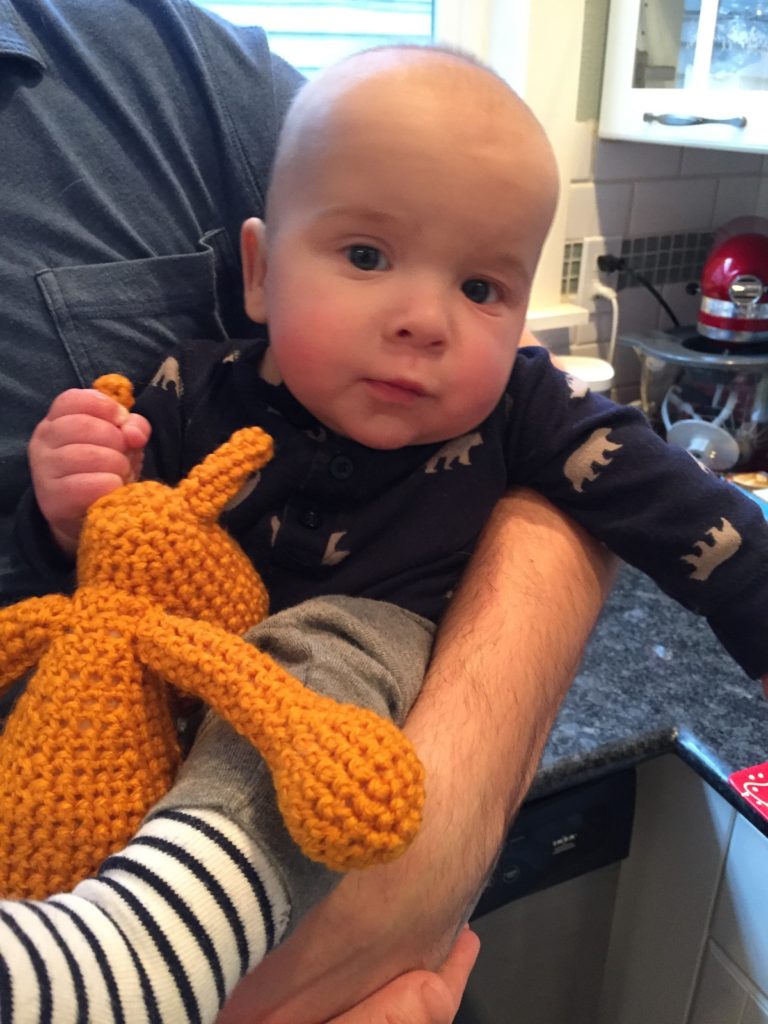 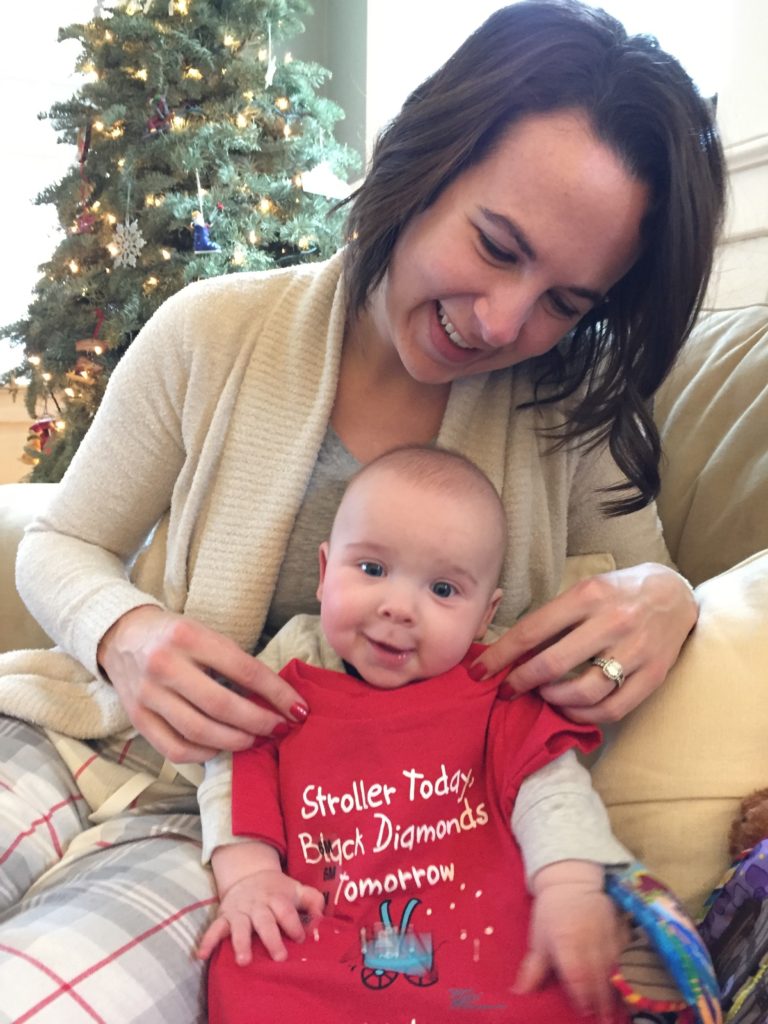 The bulk of the day was spent hanging out on the floor in the living room in front of the fire playing with Ben and his new toys. Ben is developing so fast – it’s something new every day at this point. He was really starting to master sitting up on his own. He can sit up unsupported but not for terribly long and he still crashes over quite a bit but there was a major improvement on Christmas day. 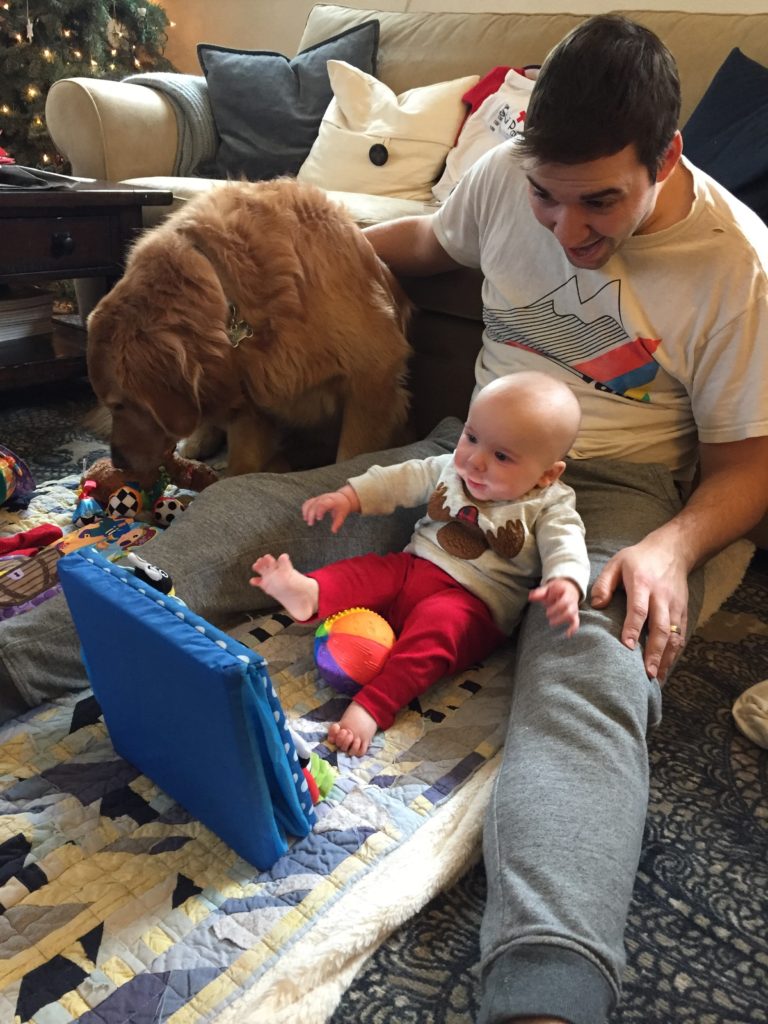 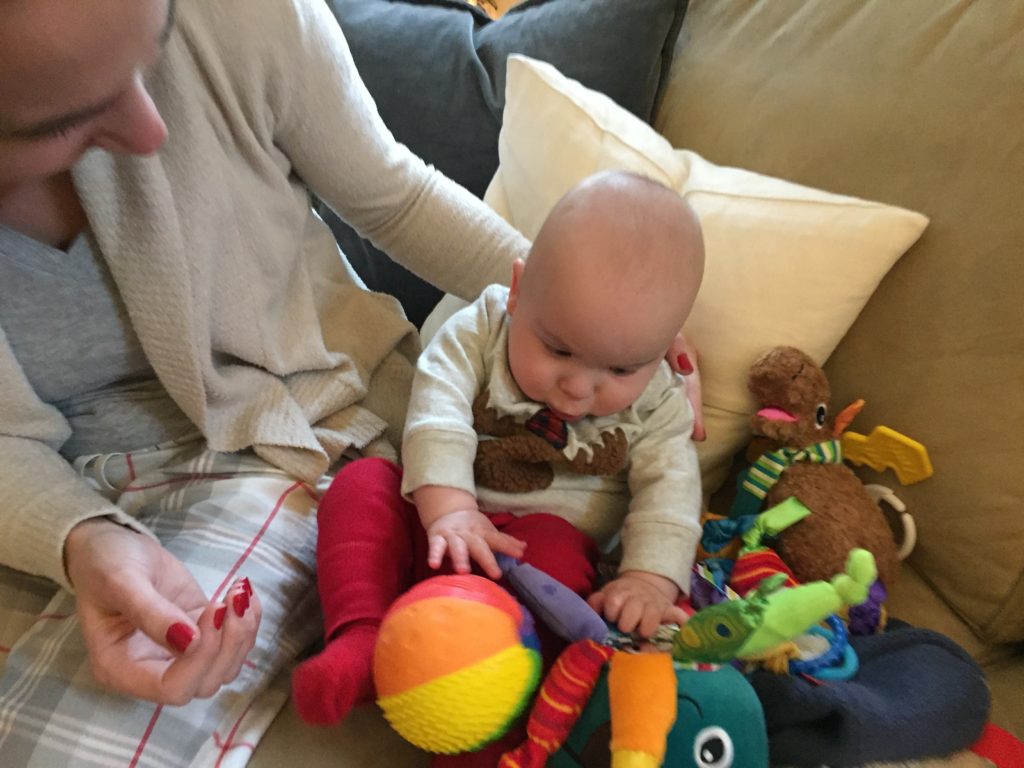 We also enjoyed Skyping/FaceTiming with our families. It was so fun to “meet” baby Nico via Skype – these video calling features make living far away so much easier. While we would have loved to have seen our families in person on Christmas, we are so glad that we were home in Seattle for the holidays. 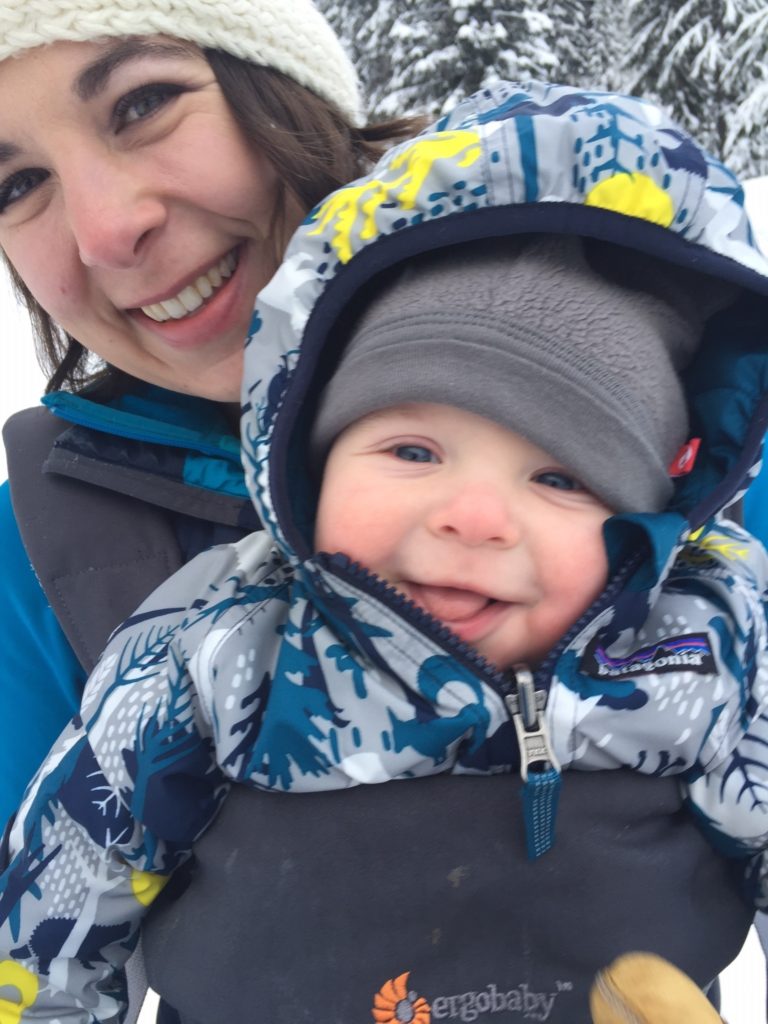 Our first Christmas with Ben was wonderful. We will really treasure the family time we had together and the memories we made. 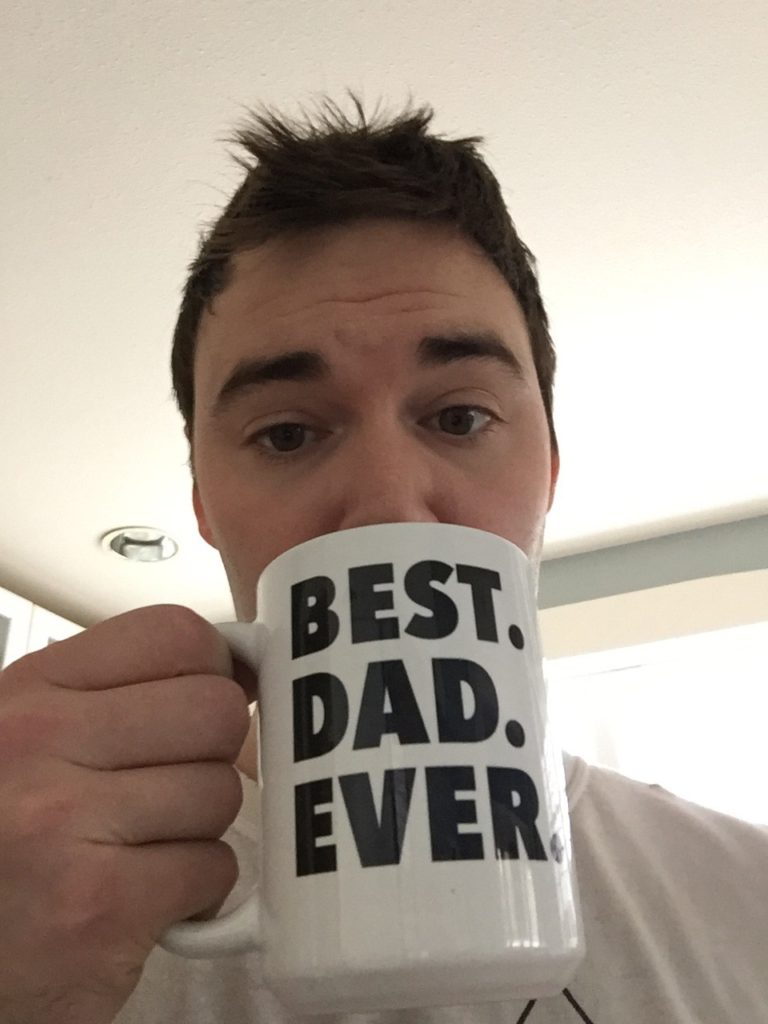