Our little boy is officially half a year old! It’s pretty incredible to think back on all of the milestones he’s hit in the last six months and how far he has come, and especially how many obstacles he’s overcome. All is well in our little family, but here’s what Ben is up to these days… 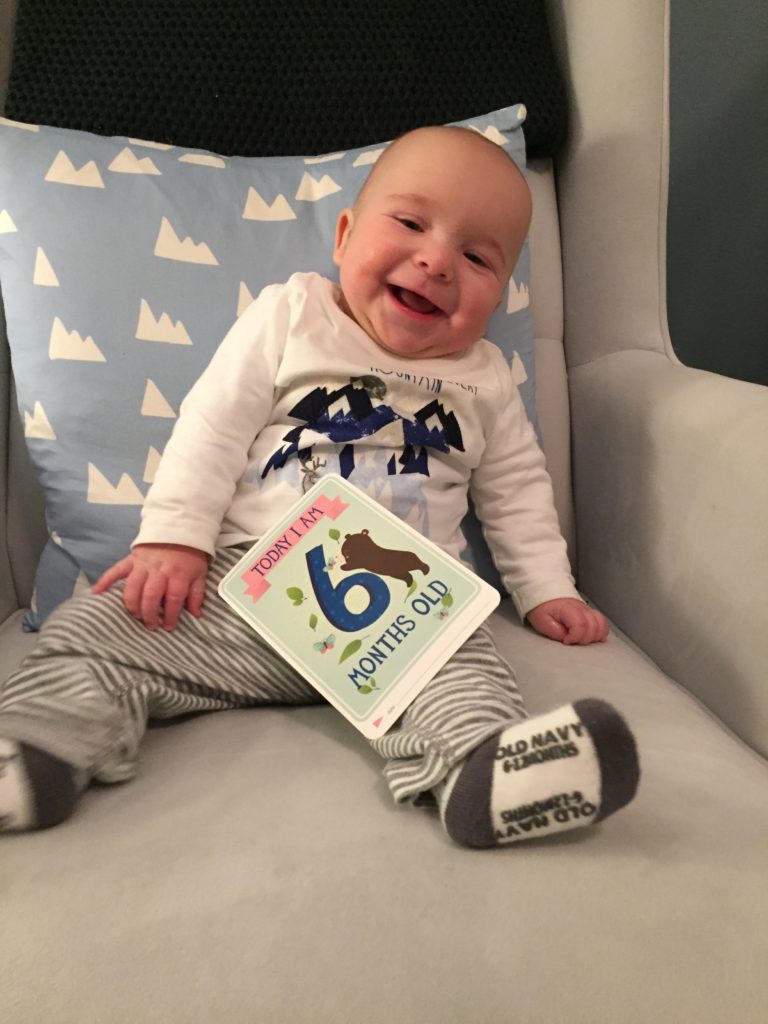 As a six month old, Ben weighs 14 pounds, 12 ounces and is 25.5 inches long. He’s in the 7th percentile for weight and skyrocketed up to the 18th percentile for height {up from about the 6th percentile at 4 months!), which we’re pretty excited about. Ben had his six month checkup and all is well. He is meeting all of his 6 month developmental milestones. He’s fully vaccinated for a 6 month old and we are very grateful for that, though the poor kid won’t agree today after four needle pokes in his thighs! {Note: we weighed him at home last week and weren’t super precise so the 15 pounds in the sign, below, is a bit off!} 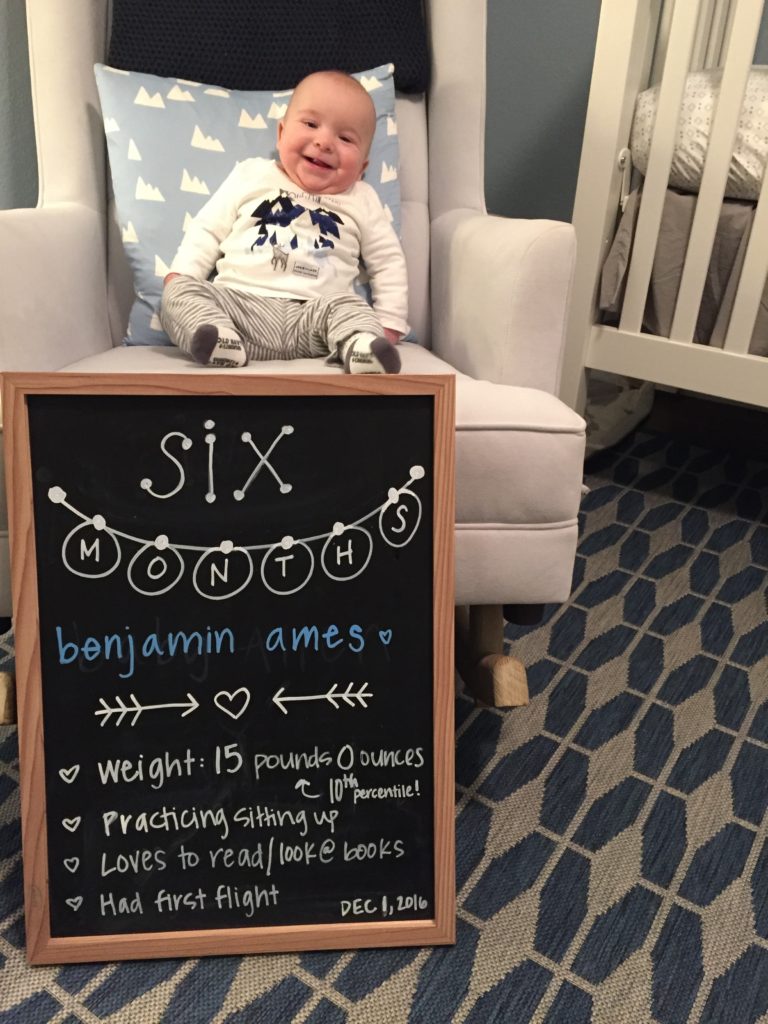 In the last month, Ben has turned into a completely different baby than he was at the start of November. When he turned five months he wasn’t rolling onto his tummy yet, and now that’s basically the only place he wants to be {that or working on sitting up}. He has even started sleeping on his tummy {of course on his own, and yes, we still put him to bed on his back}. This has posed some challenges in the last week, as it’s both new for him and he keeps wedging himself into the side of the crib and getting stuck. 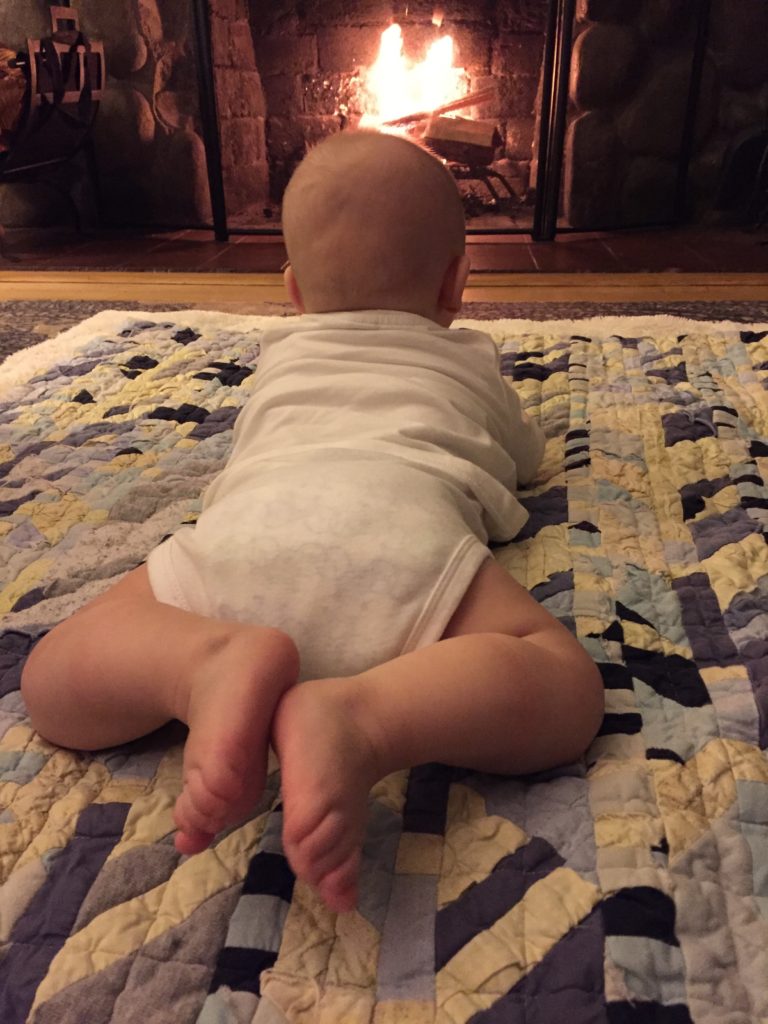 Until we left for Illinois, Ben was sleeping through the night fairly consistently, but since we left for our Thanksgiving trip, we’d been up with him in the middle of the night more than we ever have before. Part of that was because we were staying in a new place and we didn’t want Ben to wake the whole house up, so we got up more frequently than we would have at home. For the 10 days since we returned from Illinois we’d get up anywhere from 3-8 times a night, and Ben’s days have been starting at 4:30 a.m. He has a super solid internal clock and it was stuck on central time for 10 days after we got home. Thankfully, though, as with most things, this has passed and Ben has gotten more comfortable on his belly and has slept until 6 a.m. the last two nights. 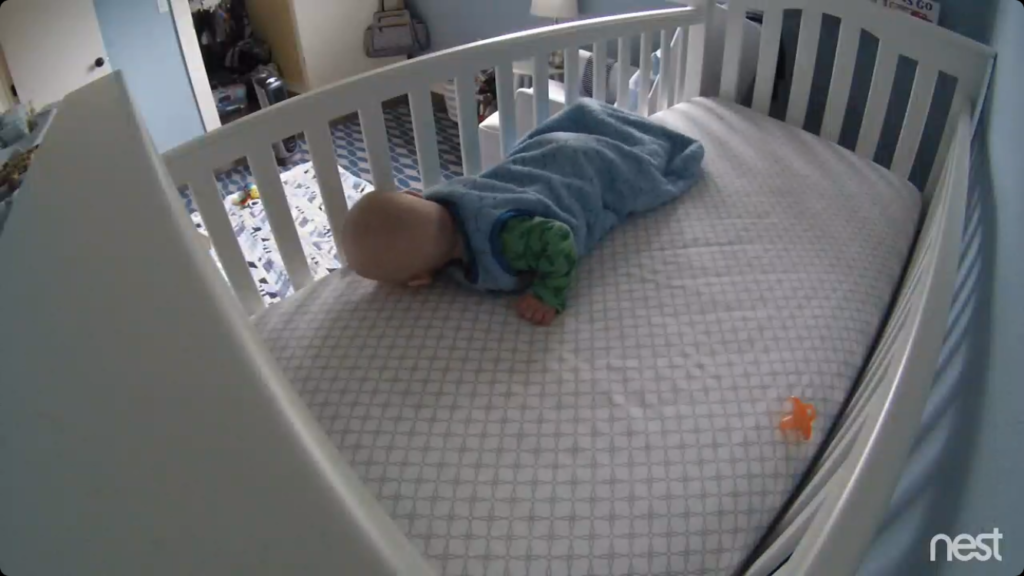 Since Ben has been preferring his tummy he has also learned that he can scoot a little bit. He’s been sticking his bum up in the air and doing some scoots. He is really starting to get some moves on him! He doesn’t go very far yet, but I have a feeling that’s going to sneak up on us… 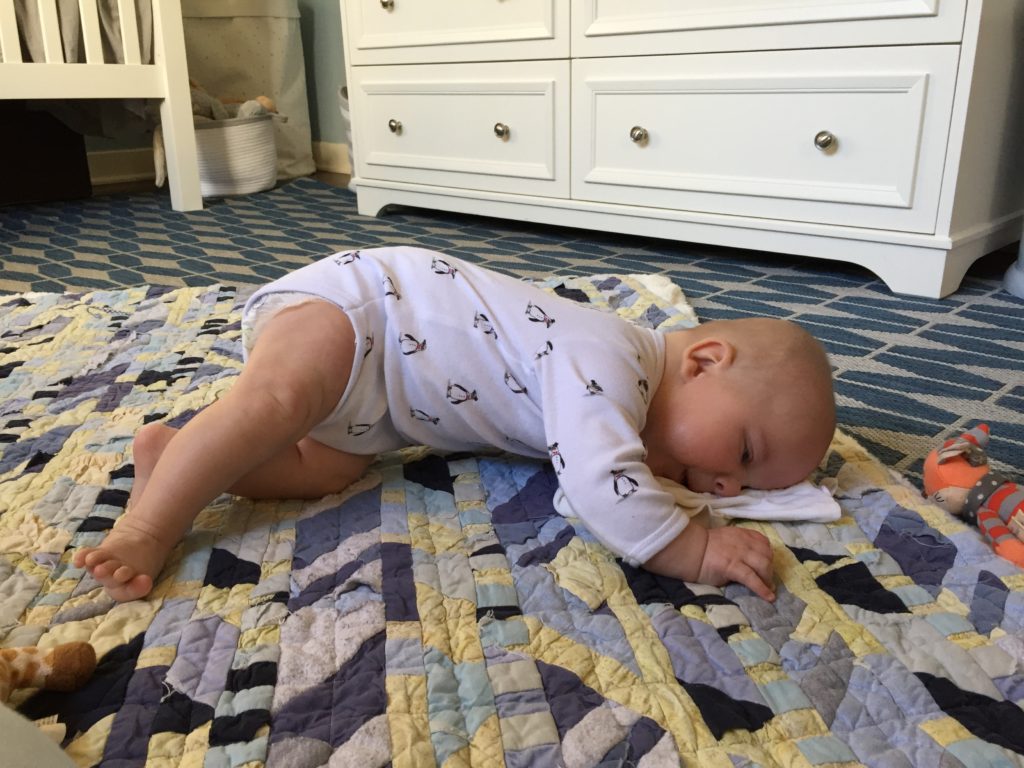 Last week we started introducing solid foods to Ben. I have been really excited to hit this milestone. I love to cook and I’m so excited for Ben to be eating more than just milk. It’ll be slow and steady for a while, I’m sure, but it’s been really fun to start offering him food. 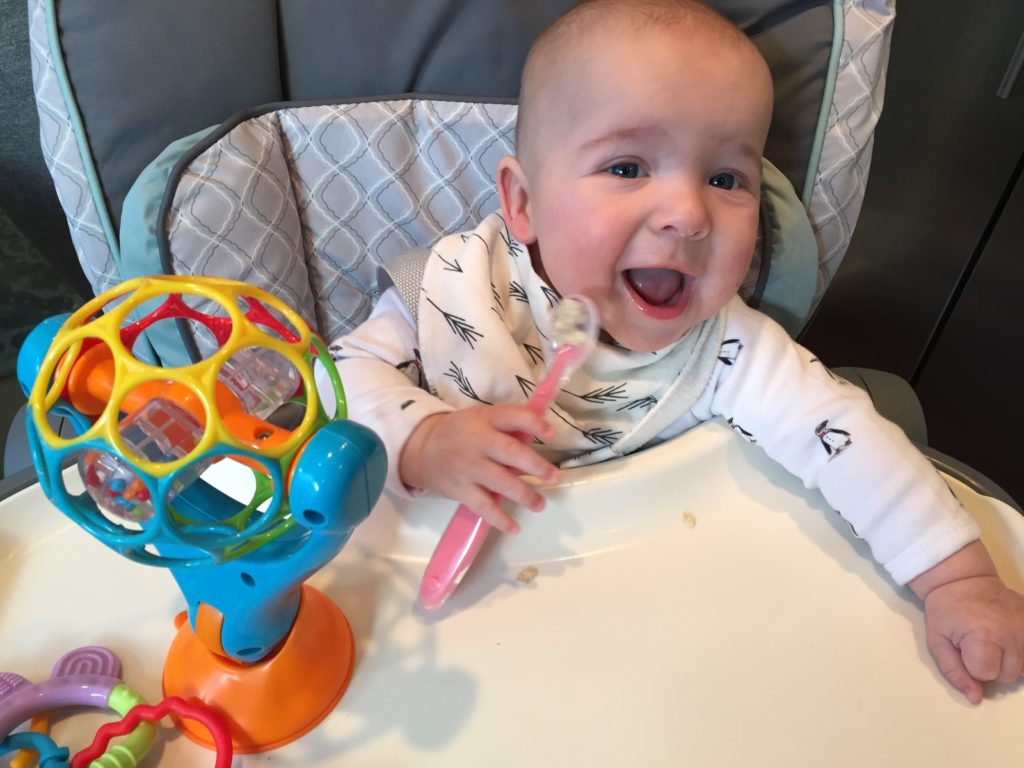 So far Ben has tried banana, oatmeal, apple and avocado. I think everything except banana is pretty equal to him. He wasn’t wild about the banana when we first offered it, so we’ll have to keep trying. 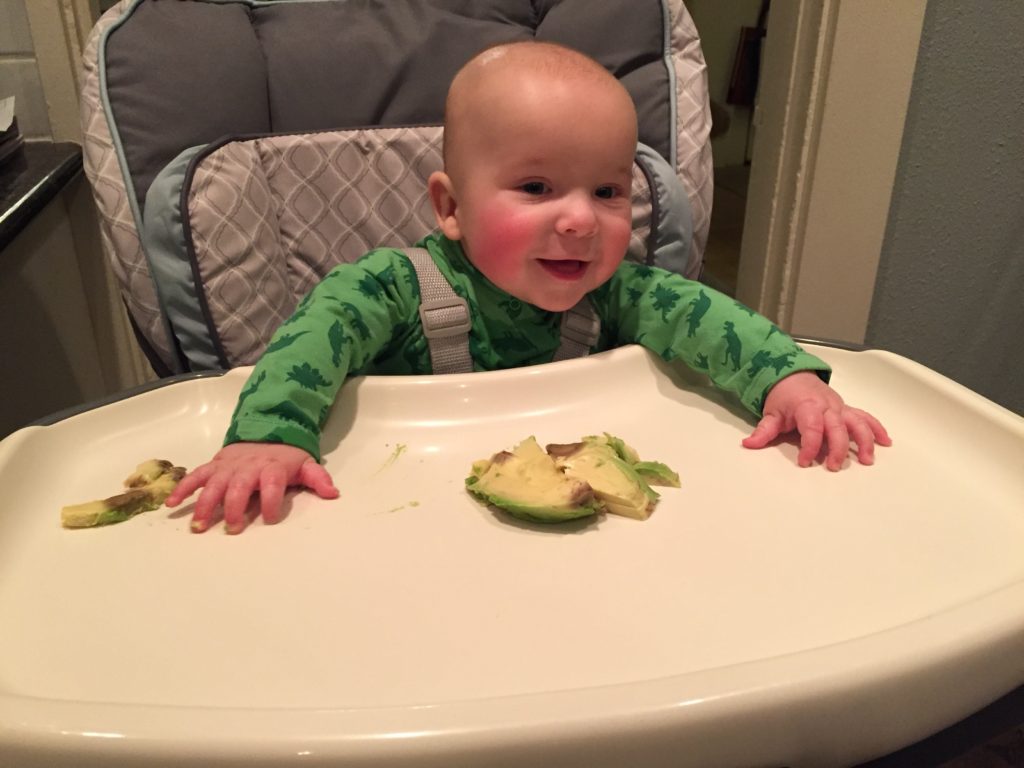 Just in the last week he has started enjoying being in his high chair, too, which is really handy. Since about 2 months old, Ben has hated being confined in anything, which makes things a little tricky from time to time. I’m really excited to have him hang out in the high chair while I’m in the kitchen getting a meal ready. 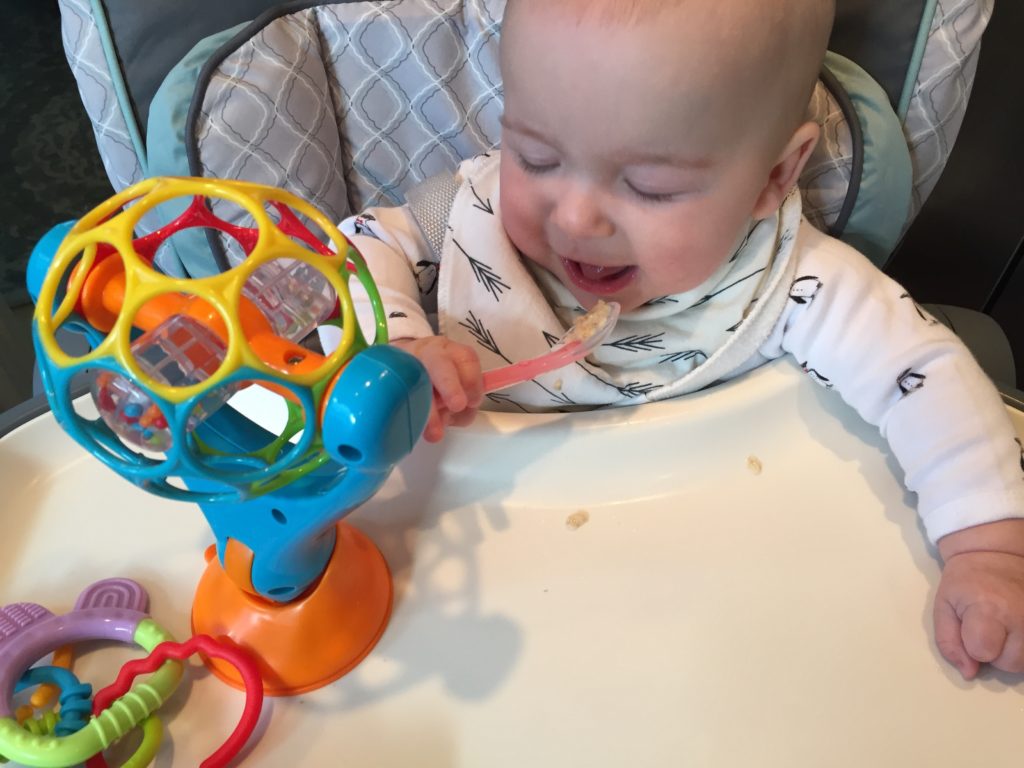 Lately Ben has been really interested in Jackson and Henry. He’s been reaching out to pet them. It’s absolutely adorable! 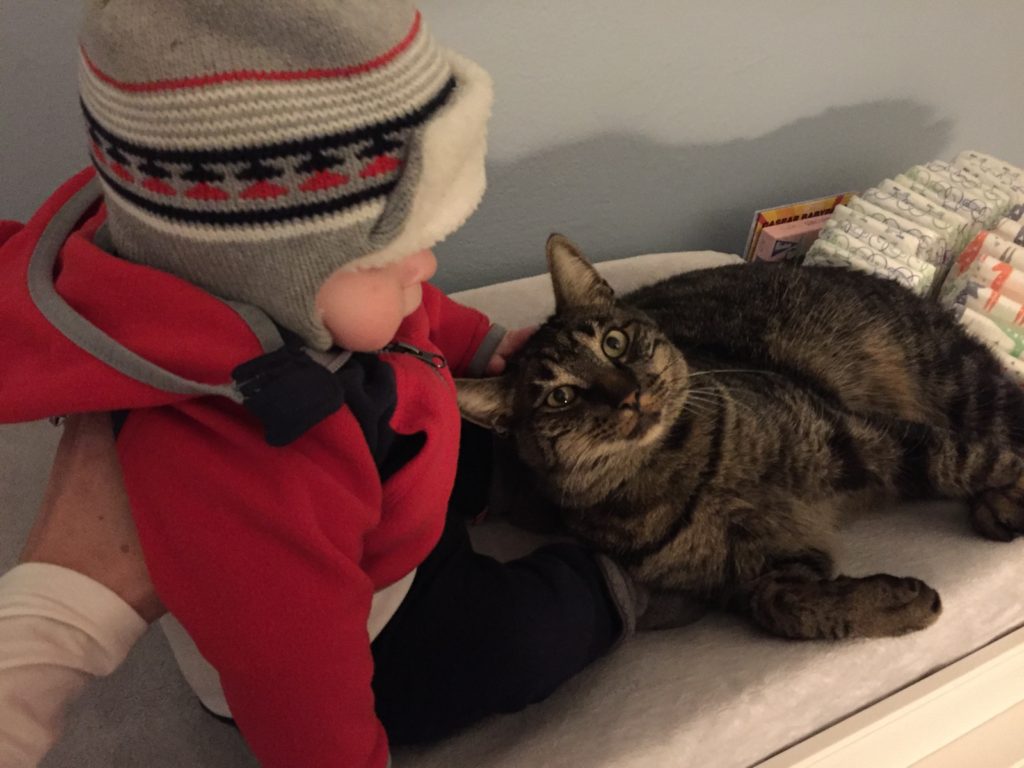 I mentioned this a couple times before, but Ben loves to read! He studies the pictures and seems to really enjoy the storyline too. I went a little wild and got a bunch of Christmas and winter-themed books and have been having so much fun reading him some of my favorite kids Christmas books and also reading some new favorites. One of my new favorites is “How to Catch Santa” – it’s adorable!

Ben was late to the giggling party. We have been desperately trying to get Ben to giggle for us for months. Finally he truly did it! We had heard little glimmers of giggles for a while but never a full-on giggle. He hasn’t done it too many times since, but we’re definitely counting it. There are few sweeter sounds than your baby giggling! 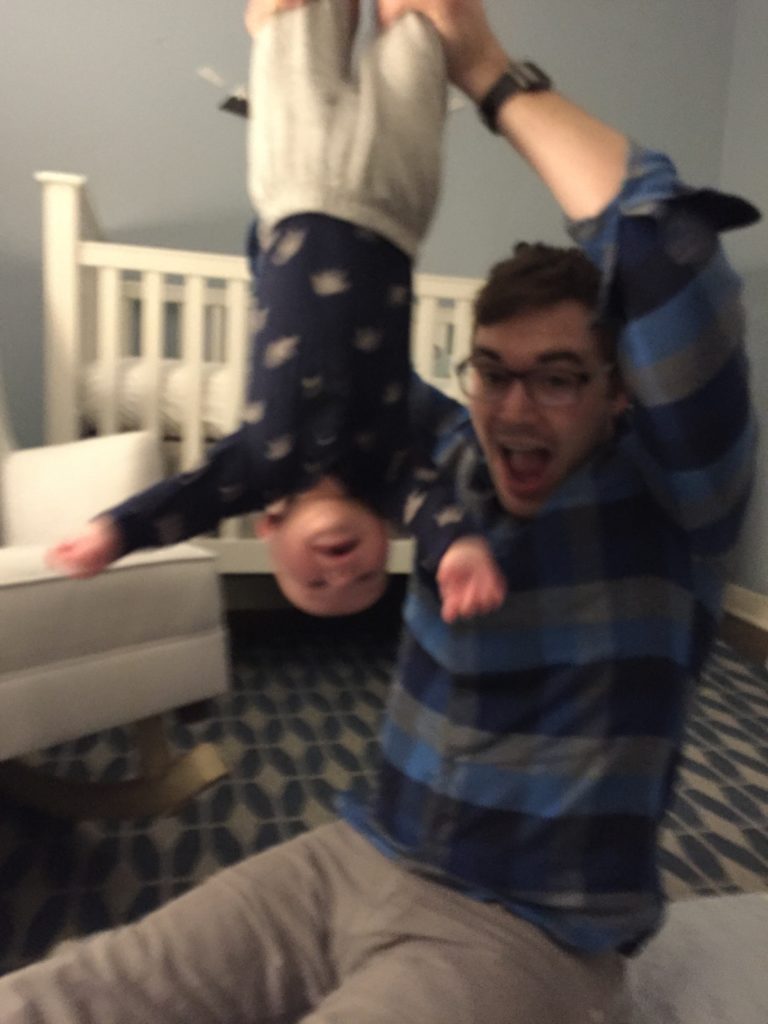 While Ben has been teething for more than two months now he still has a whopping zero teeth. We felt at least one of his teeth popping through, but then it receded again. I’ve heard it’s really common for teeth to poke through and then pop back down again and keep doing that. Hopefully it won’t tease Ben too much. 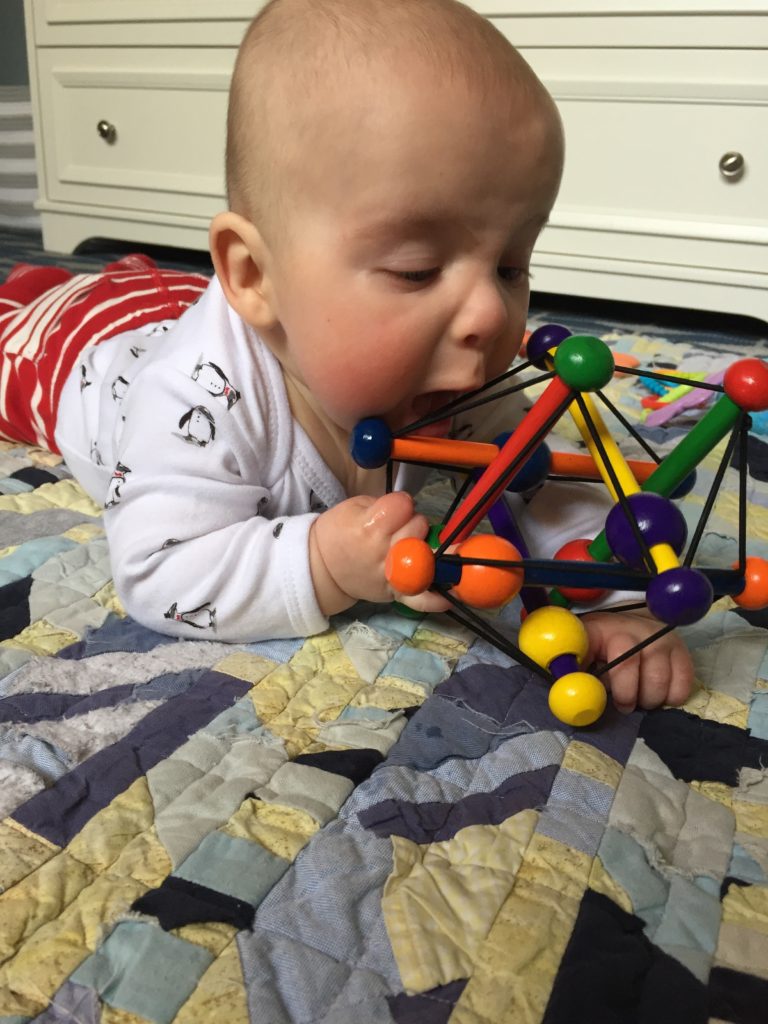 Ben’s demeanor continues to be very easy-going. He is really smiley and social, especially meeting new people. He loves to flirt! He’s been quite the chatterbox lately – he either makes coos or pterodactyl sounds. Being outside, going for walks, seeing himself in the mirror and reading stories are some of his favorite things to do. 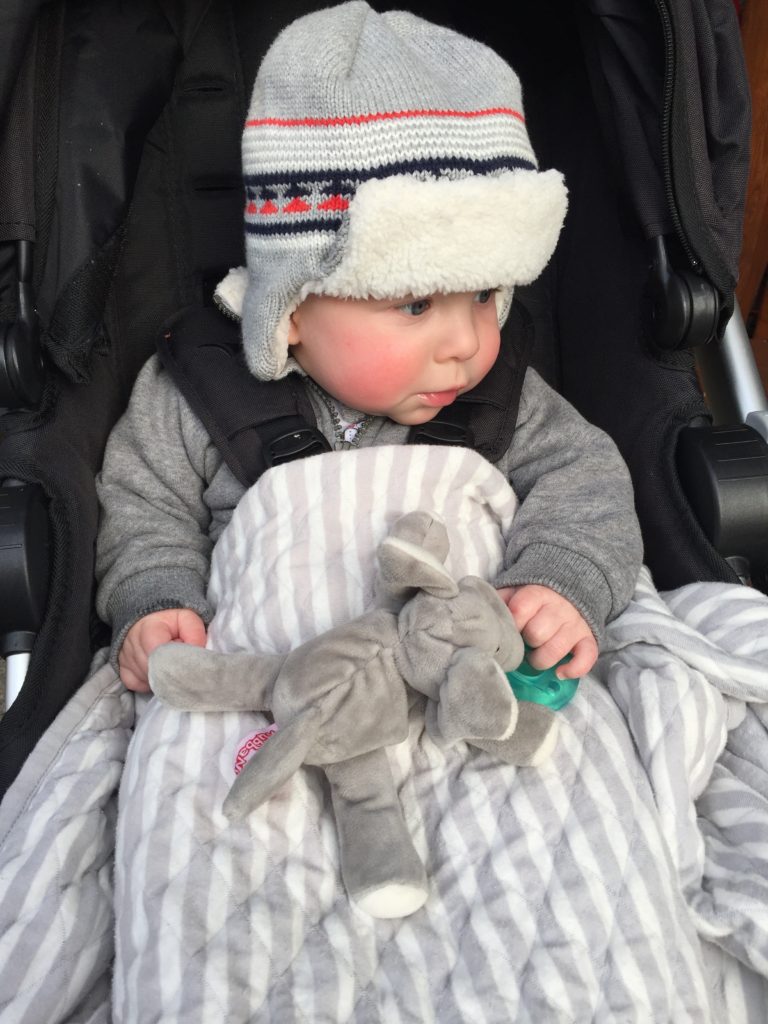 Now that we’ve got half a year down, I am really interested to see what the next 6 months look like and where we’re at when Ben turns one. I have a feeling life is going to change on a weekly basis around here as things keep getting more and more exciting! 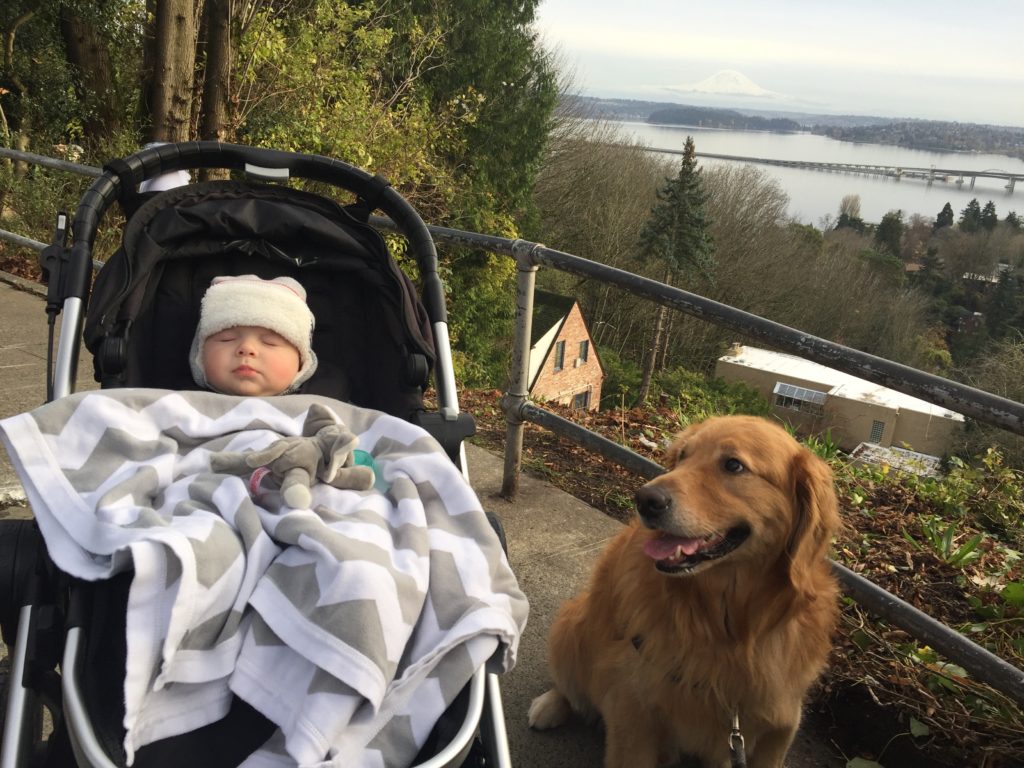