This milestone almost snuck by without me realizing it was approaching! My goodness gracious, though, 3-1/2 is one of my new favorite ages. So far my favorites seem to be the “half years” for some reason. Ben has been acting like such a kid lately. 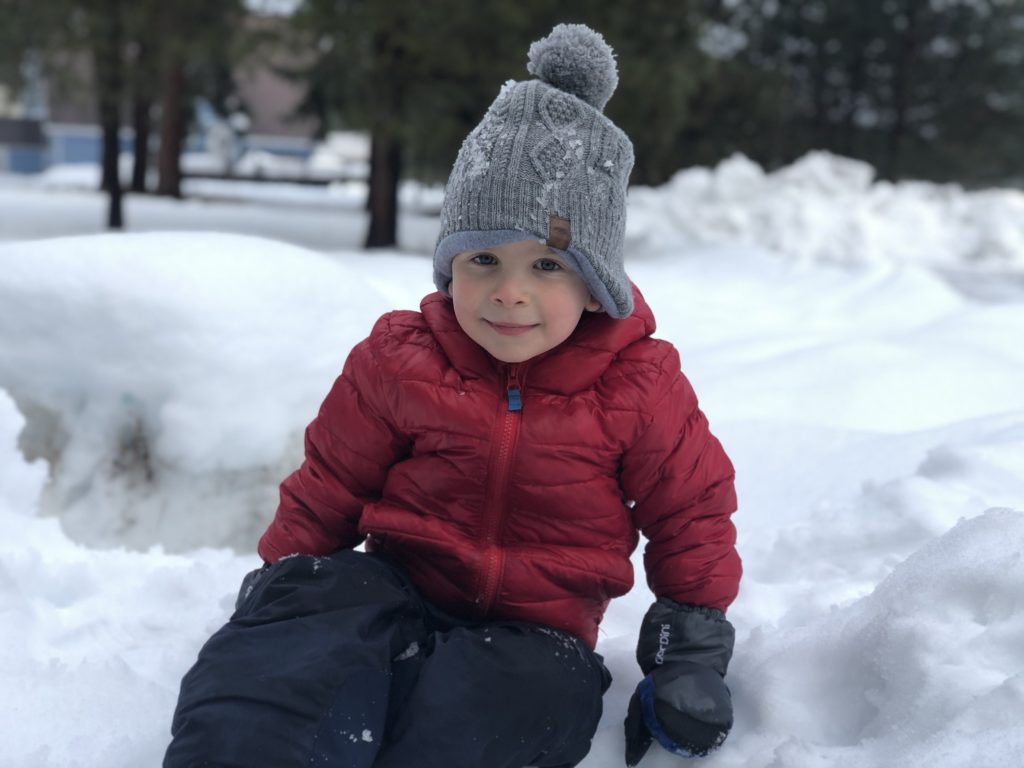 Ben continues to be just the absolute sweetest. He is so affectionate and quick to give hugs and cuddles and “I love yous.” He forms bonds with adults really quickly and adores his little sister. Lately Ben has been playing with his stuffed animals quite a bit and it is so endearing to watch him care for his stuffies. He absolutely loves them. 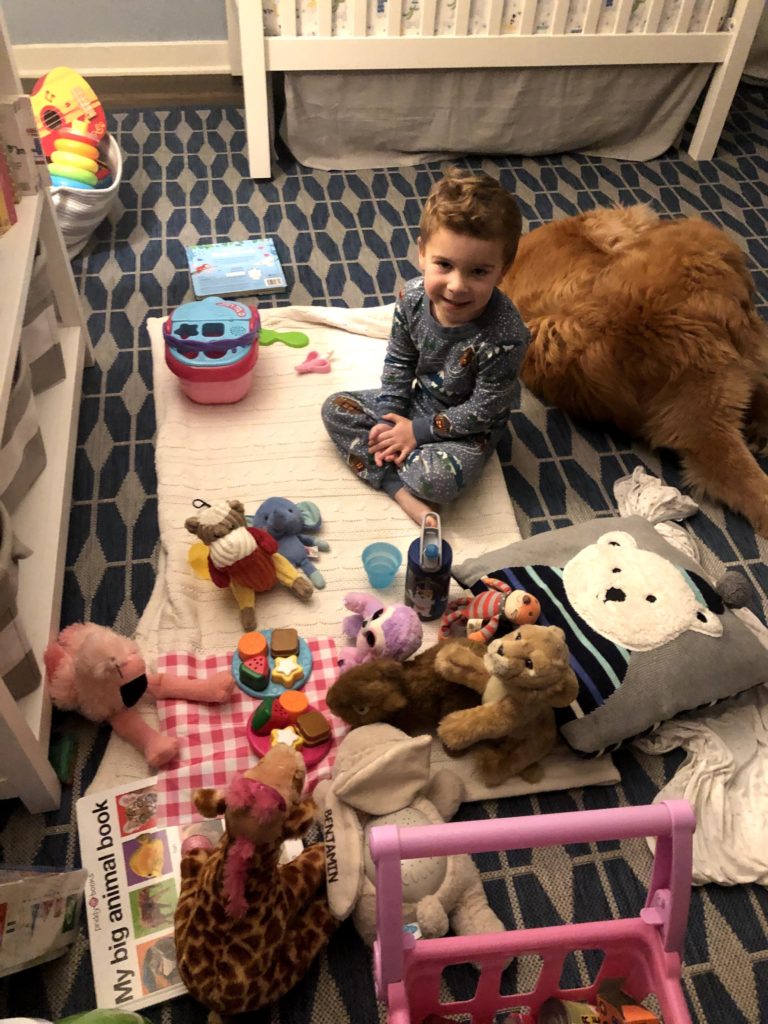 During the last quarter we’ve seen a major interest develop in learning the letters of the alphabet and how to write his name and other letters. Alex and I felt strongly that he’d become curious about letters in his own time, so we never pushed it. One day I decided to sit down and have him start practicing tracing the letters of his name and that turned into a daily activity. 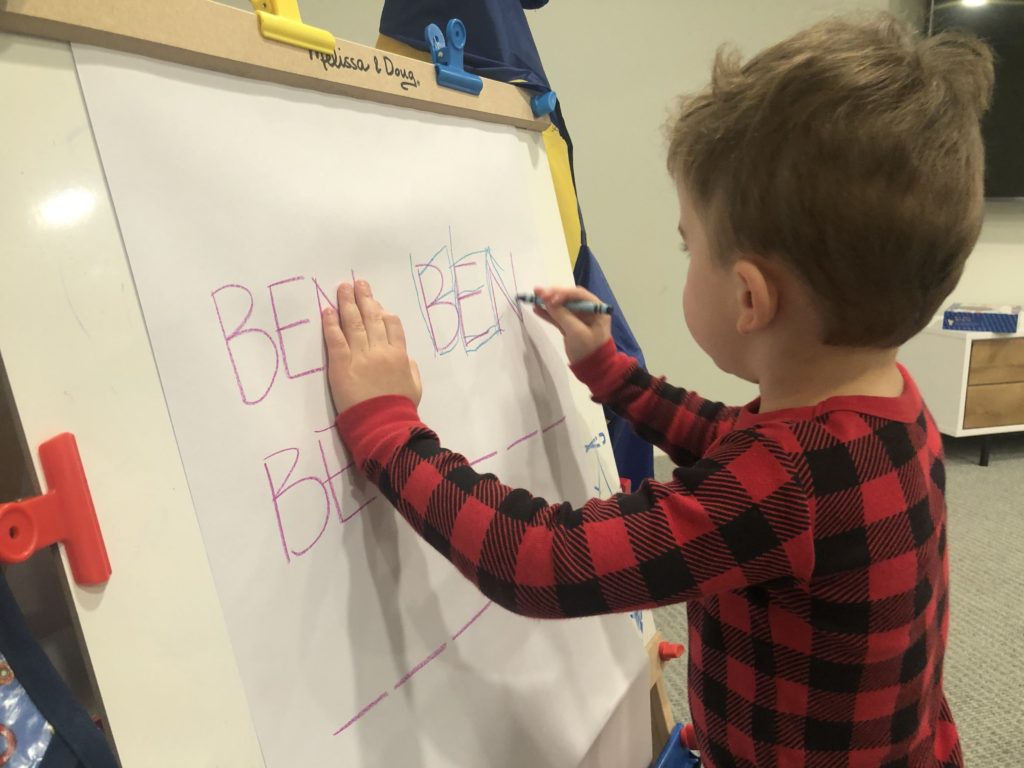 Now Ben can write his name all on his own, as well as several other letters of the alphabet. He’s slowly learning to identify the letters, as well as their sounds. He is very, very interested in learning what letters different words start with and is beginning to put together the very basics of phonemic awareness, the first step to learning to read!

One of Ben’s favorite activities right now, in addition to writing his name, is drawing. Art is something he is really into right now. He loves to draw, color and paint. He has begun to draw people and I didn’t realize how special and sweet that would be but it melts my heart every time he draws pictures of our family. 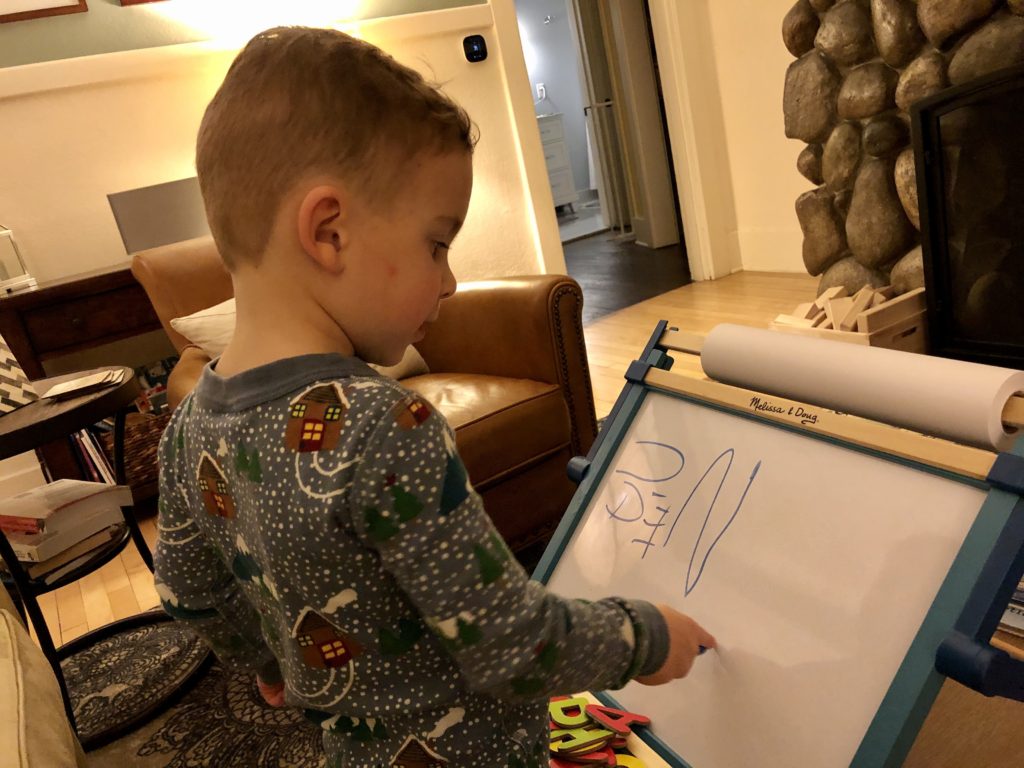 Making valentines for his friends at school and some family members was such a special activity for him. He put so much love and attention into each and every card and it melted my heart watching him pass out the valentines to his classmates at his Valentine’s Day party. 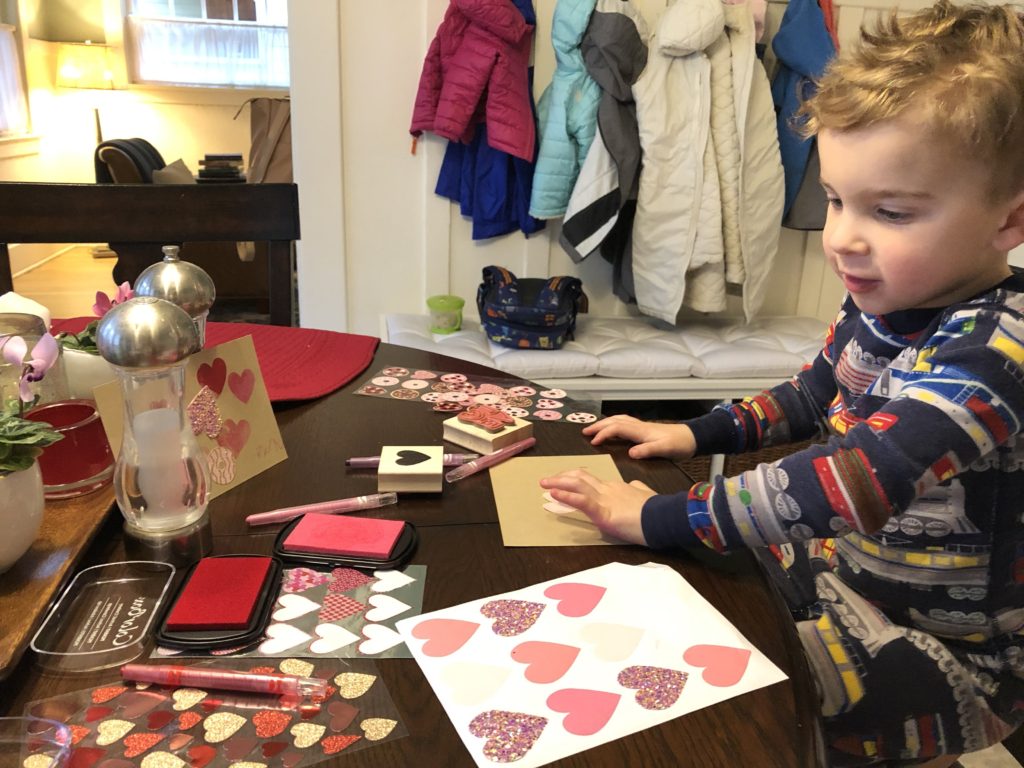 Another big milestone as of very recently is that Ben is no longer wearing pull-ups to bed! He’s been working on this for a good long while and after asking over and over again to be done with pull-ups he showed us he was ready. 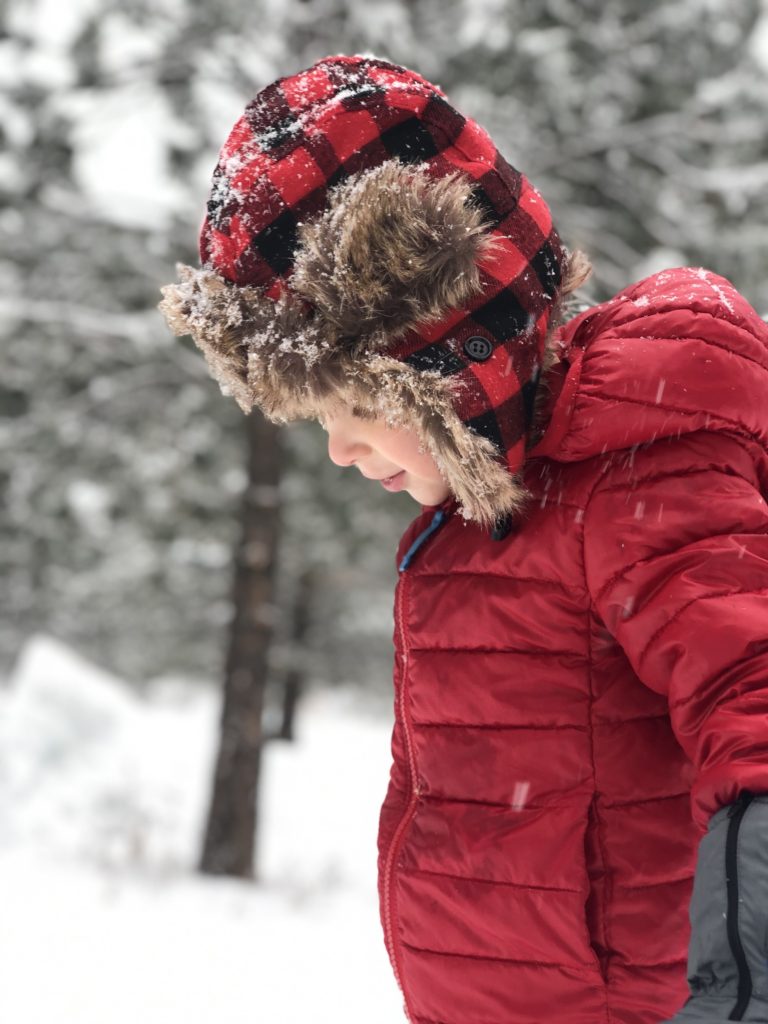 This last quarter Ben has been very into wearing his pajamas. I certainly can’t blame him – I’d love to just be in my PJs too. The first thing he does when he gets home from an outing is to put on his jammies and get himself cozy. 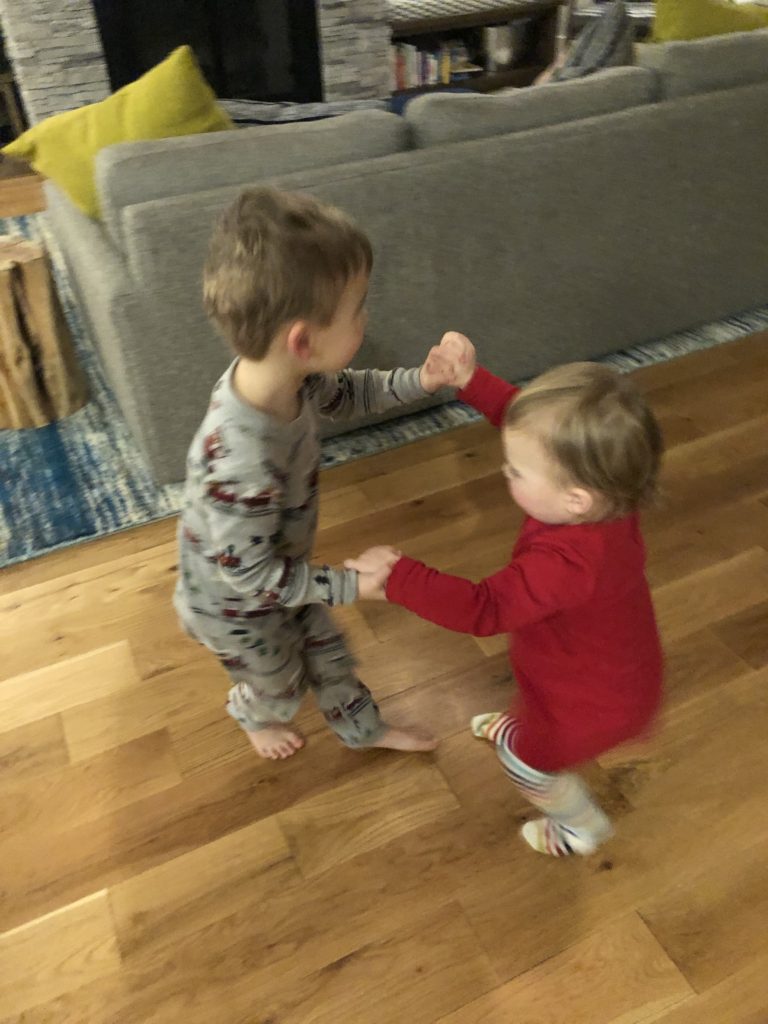 We’re halfway through the school year now and Ben is absolutely thriving in his Montessori program. He adores his teacher and has formed some really sweet friendships with his classmates. When I pick him up from school he is all smiles and addresses everyone by name as he bids them farewell {even the au pairs!}.

Most days Ben rides his scooter to and from school. This kid has some impressive moves on his scooter and he turns heads as we cruise through the downtown section of our neighborhood. It’s rare for someone not to comment on how fast he is or how good he looks on his scooter. I really trust him on his scooter too – for whatever reason when he’s on his scooter or his bike he is a terrific listener. 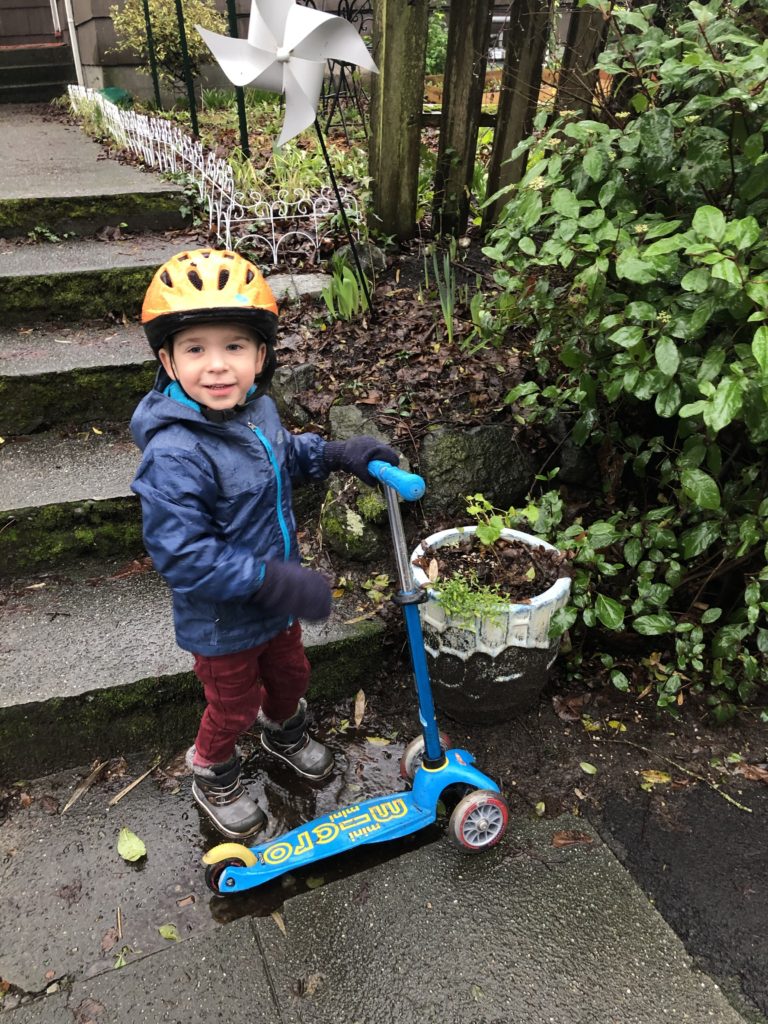 At the park these days Ben rarely plays on the equipment. He’s busy pushing trucks around in the sand, kicking his soccer ball or riding his scooter or bike around the basketball court. If we’re at a different park with better climbing apparatus he’ll be into that, too.

In addition to his scooter, Ben got really into skiing and ice skating this winter. He went through his first season of ski school and absolutely loved it. We’re hoping for a few more ski days for him this winter so we can do longer chair lift laps to really solidify his new skills.

We went ice skating together several times in the early days of winter. I think that was one of the biggest highlights of Ben’s winter. He caught onto it really quickly and had a blast.

Lately Ben has been really into learning about how his body works. We have an interactive “about the body” book at both houses that he requests to read regularly. He really has a good grasp on how his body functions. It’s been really fun reading longer, more informational books with him lately. I just love when he’s able to recall something he learned about from a book in a real-life situation. 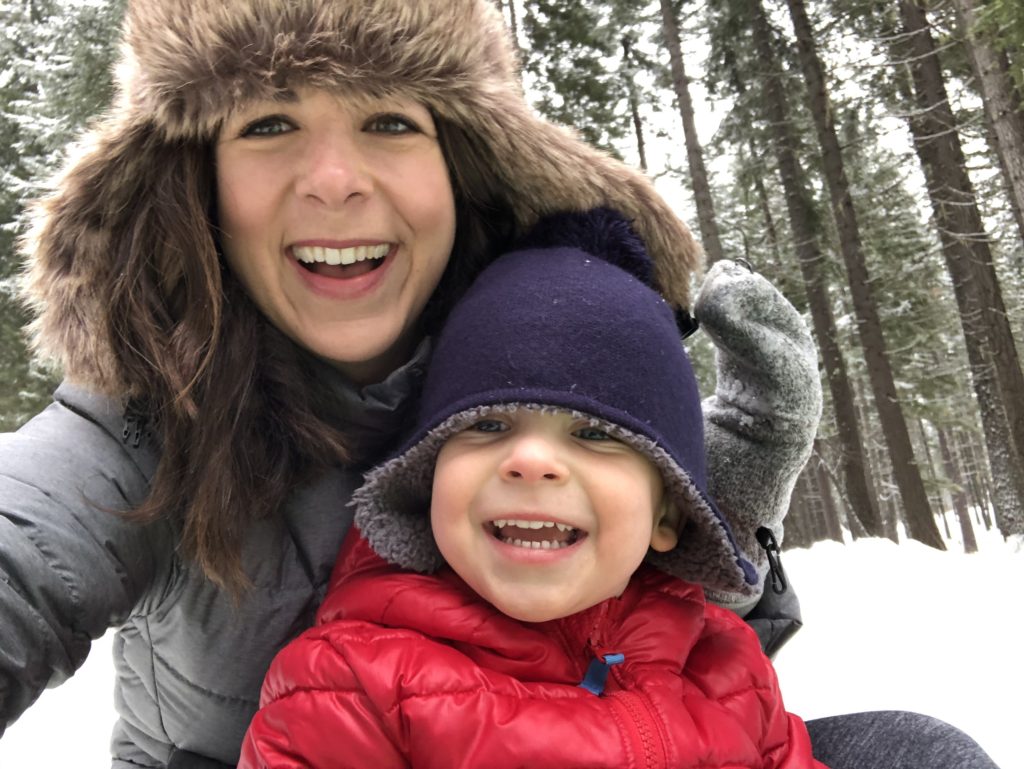 Puzzles continue to be a favorite activity for Ben, although in writing this I realized we haven’t done them as much recently. At school, his teachers shared with me that they have puzzles for each continent and that he whizzed right through Europe like it was no big deal. Spacial awareness seems to be a strong suit for Mr. Ben. 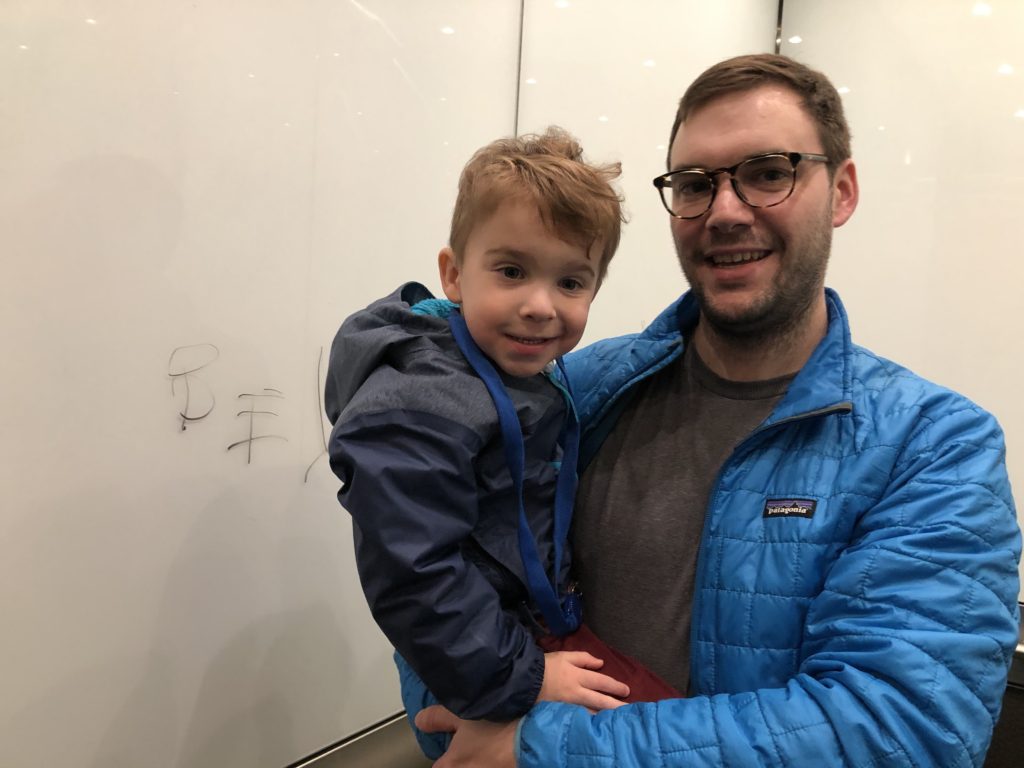 It’s been a good long while since Ben has been a regular napper. Sure, he’ll fall asleep in the car, but at home he has quiet time instead. Our calm, relaxing afternoon time while Hannah is napping continues to evolve. I like to have him practice writing his name and do some reading together at a minimum. Sometimes we’ll play a game, but a lot of times he just wants to relax and watch a show. He is surprisingly able to self-regulate very well with the iPad {or TV} and at most watches a half hour at a time. He is really into shows on PBS Kids and some favorites include Pinkalicious, Xavier Riddle and Daniel Tiger, though he’s trying out new shows quite a bit. 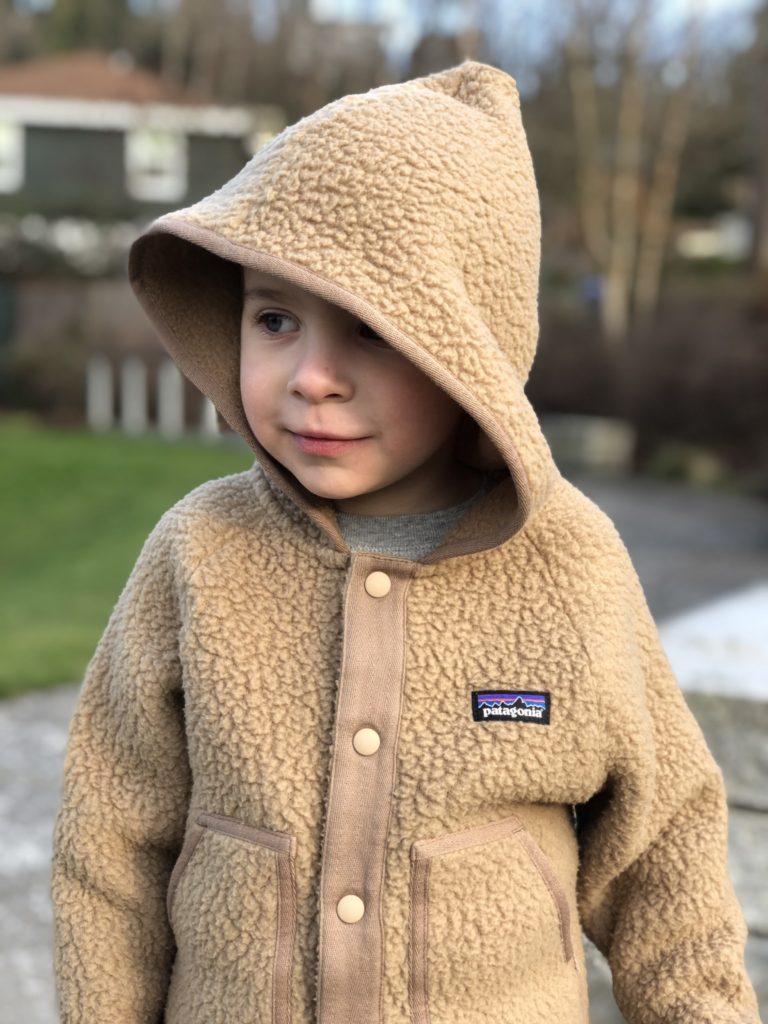 We’ve done quite a lot of baking together over the last quarter, especially with Christmas cookie season in the mix. I have especially enjoyed baking banana bread with him. It’s such a simple recipe and he can do so much on his own – before I know it he’ll be reading the recipe and doing it without my help. I just saw a local cooking class for four-year olds and can hardly wait to check it out this summer! 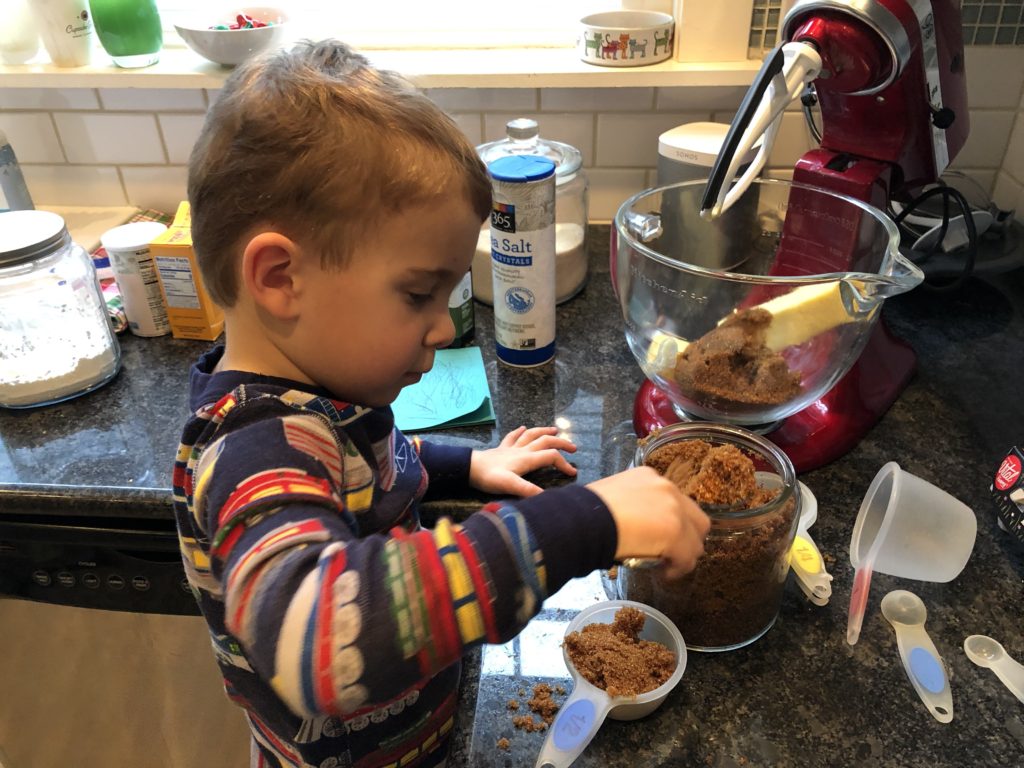 My next update will be when we have a FOUR-year old at the beginning of summer. I can hardly believe it. Each milestone and age just keeps getting better and better and more and more fun. This boy is turning into quite the kid.