Where is the time going!?! Our kiddo is really turning into a little boy. It is so fun to watch and he is just the sweetest thing ever. He’s starting to really look and act like a little boy – I’m excited to share what he’s up to! 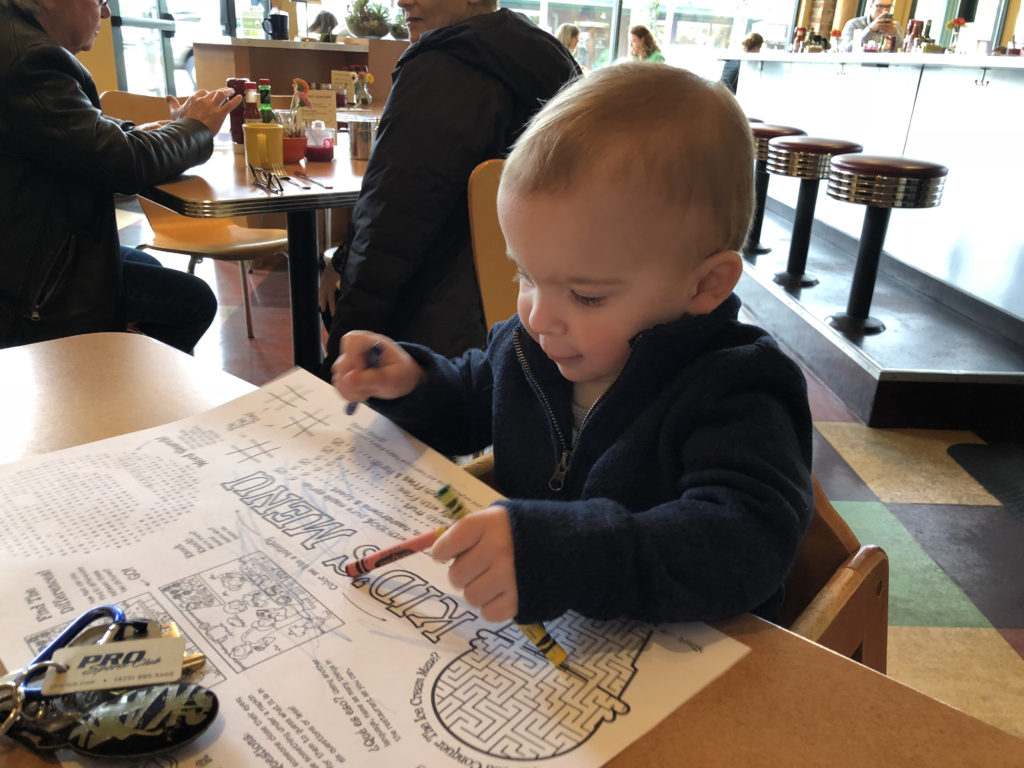 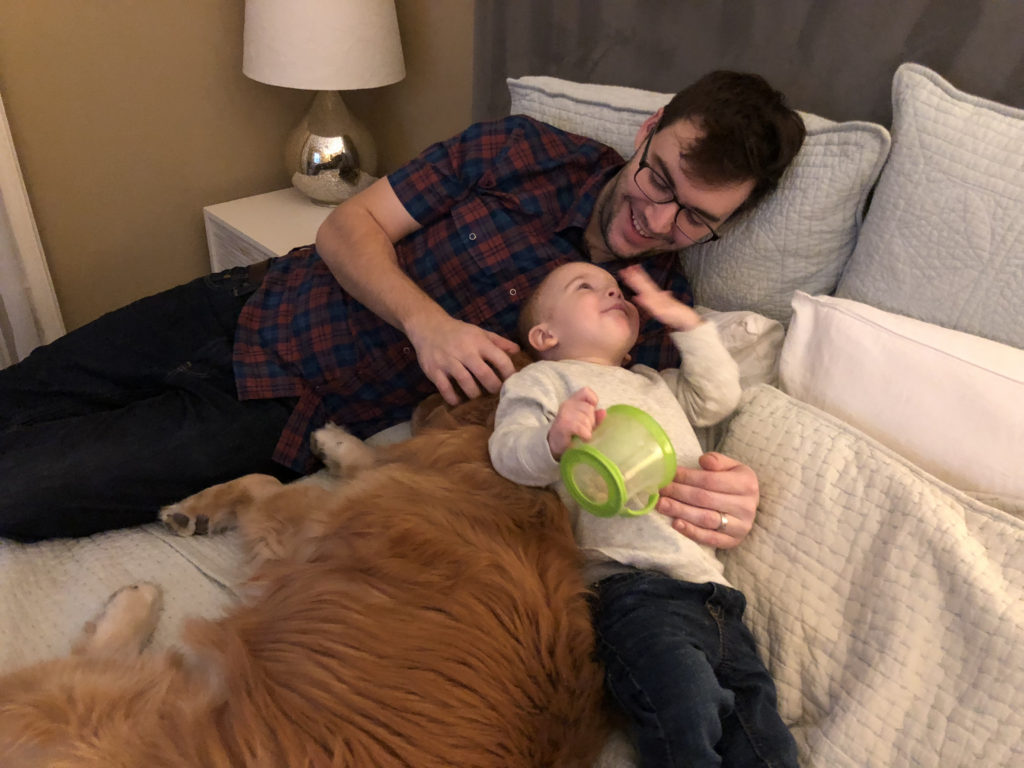 I wasn’t sure I’d have much of an update since my 19-month update was only two weeks ago. It’s amazing, though, how much Ben has changed in two weeks. His verbal skills are getting so much sharper – he’s really starting to string together 2-word sentences, like “more please” or “hi dada” and he’ll repeat common sentences we say, like “put it down” or “want some cheese.” Yesterday when Alex sneezed in the other room, he said “bless you!” Additionally, he is becoming more clear to understand. 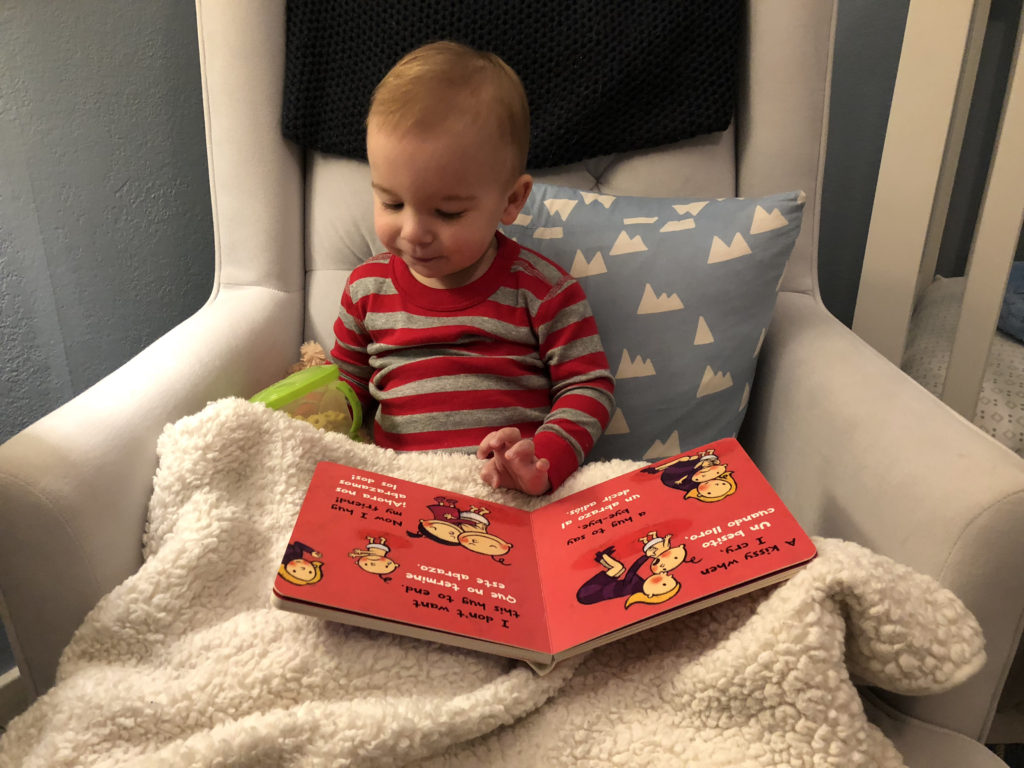 One of my favorite things that we’ve noticed recently is that Ben is starting to share more what he’s thinking about. He’ll randomly say something and that will clue us into the fact that it’s on his mind. The other day after we had seen the pool at the YMCA he started talking about swimming and continued to talk about it for a few days. I took that to mean he wanted to go for a swim… so we did! 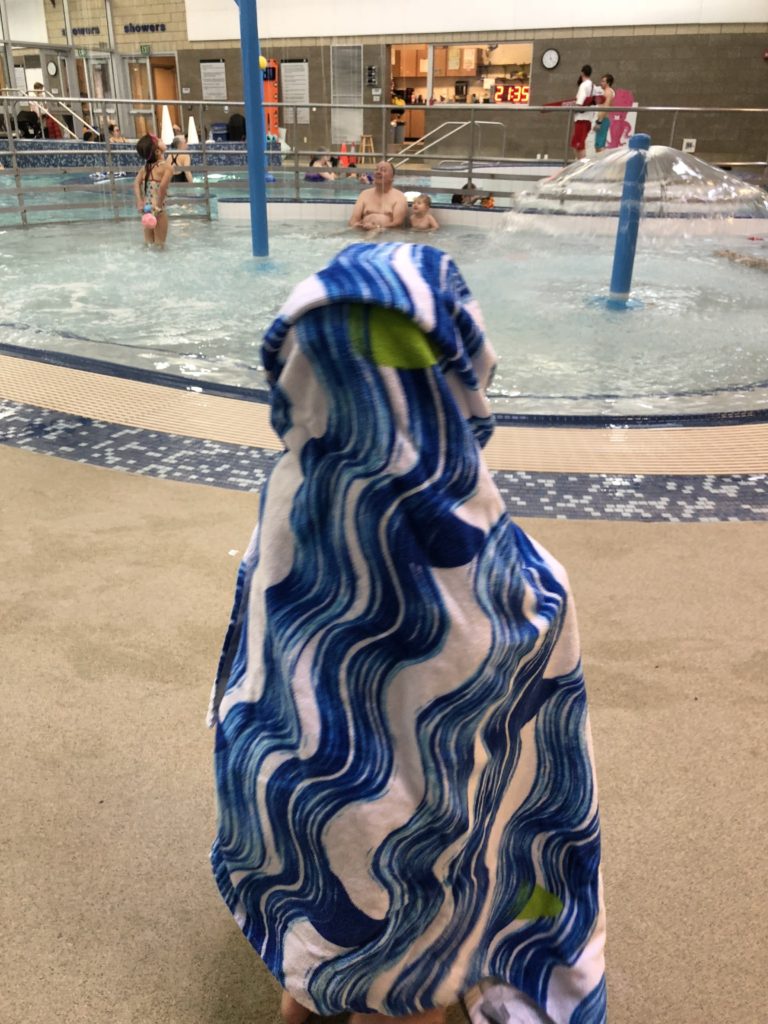 It’s really fun to start hearing the associations he’s making with different things, too. We were talking about My Gym and telling Alex about it {My Gym is his little tumbling program} and I asked if he did “see saw” {a song}, and then he said “Claire” and “Patrick” – one of the other kids and the teachers there. It’s pretty cool to see these developments emerge. 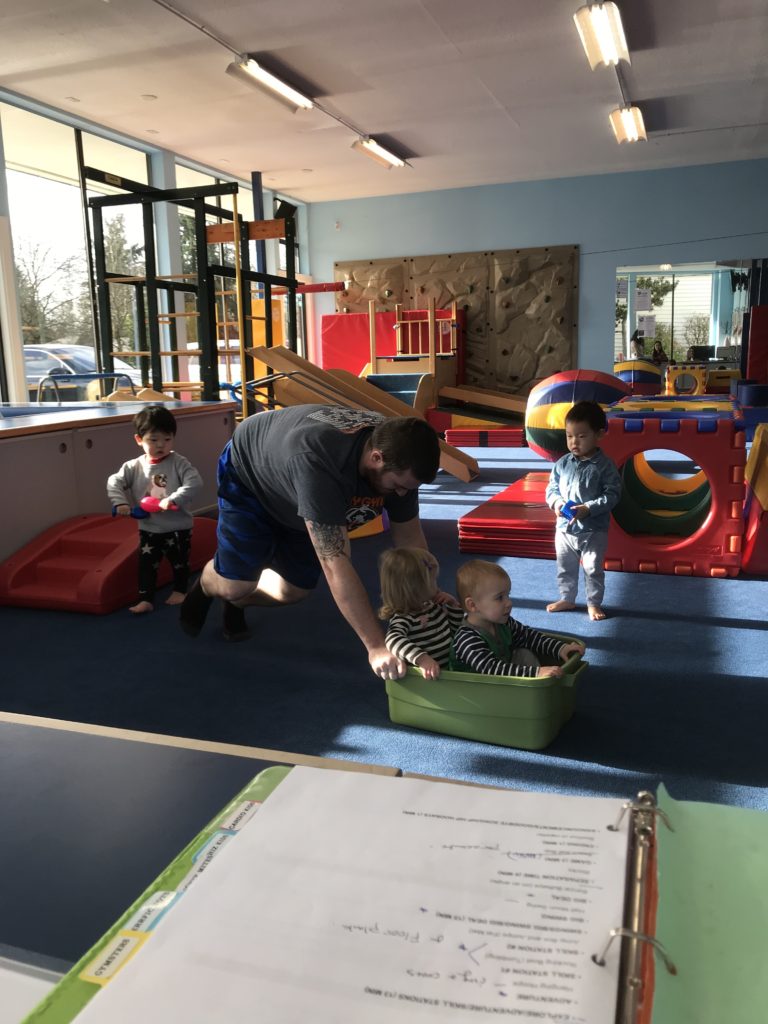 Earlier in the month, Alex took Ben to school and it happened to be our week for clean-up duty. The school has play vacuums that are available for the kids to play with while their parents are cleaning up. Alex realized how much Ben loved the vacuum and came home and ordered one for Ben. Now, Ben has a tot size version of the exact same vacuum that we have! He LOVES pushing it around the house and quickly figured out he needs to “turn it off…battery” {turn it off so the battery doesn’t die} when he’s done playing with it. This also makes it easier to vacuum the house because he can follow along and be a helper. It’s adorable! 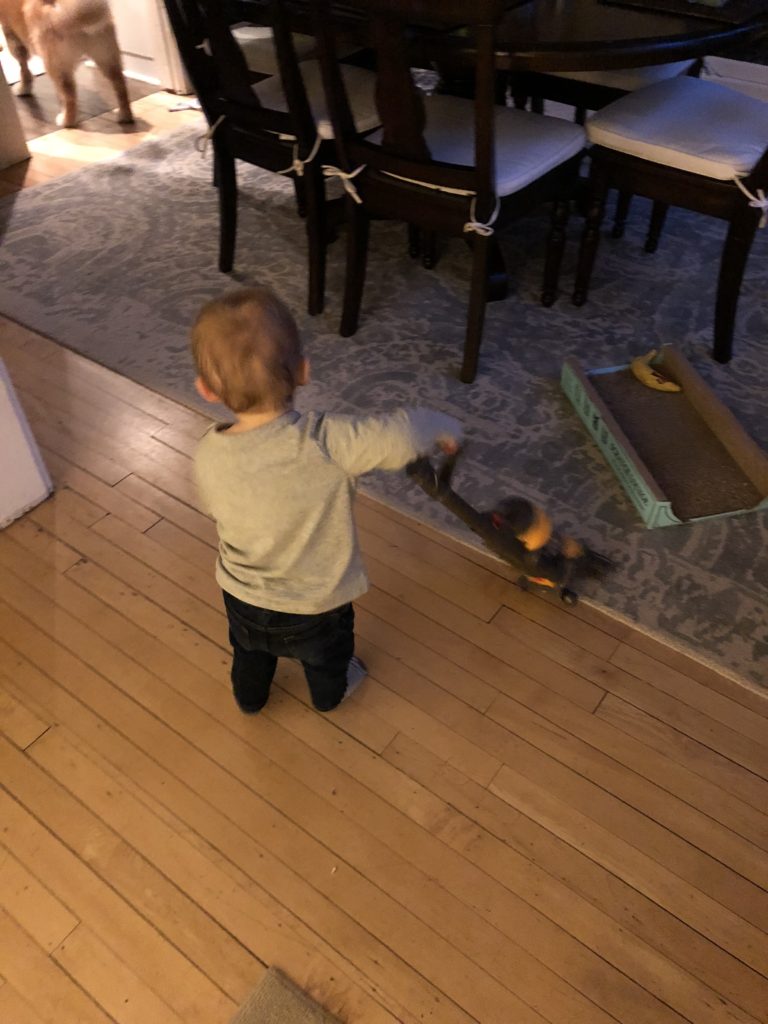 Ben is becoming such an independent, mature eater! Really, he’s always been an independent eater, but now he has stepped up his game with a fork and spoon and prefers eating with utensils. He’s got the fork down pat and is working on transferring food from his plate to his mouth with a spoon while keeping the food on the spoon. 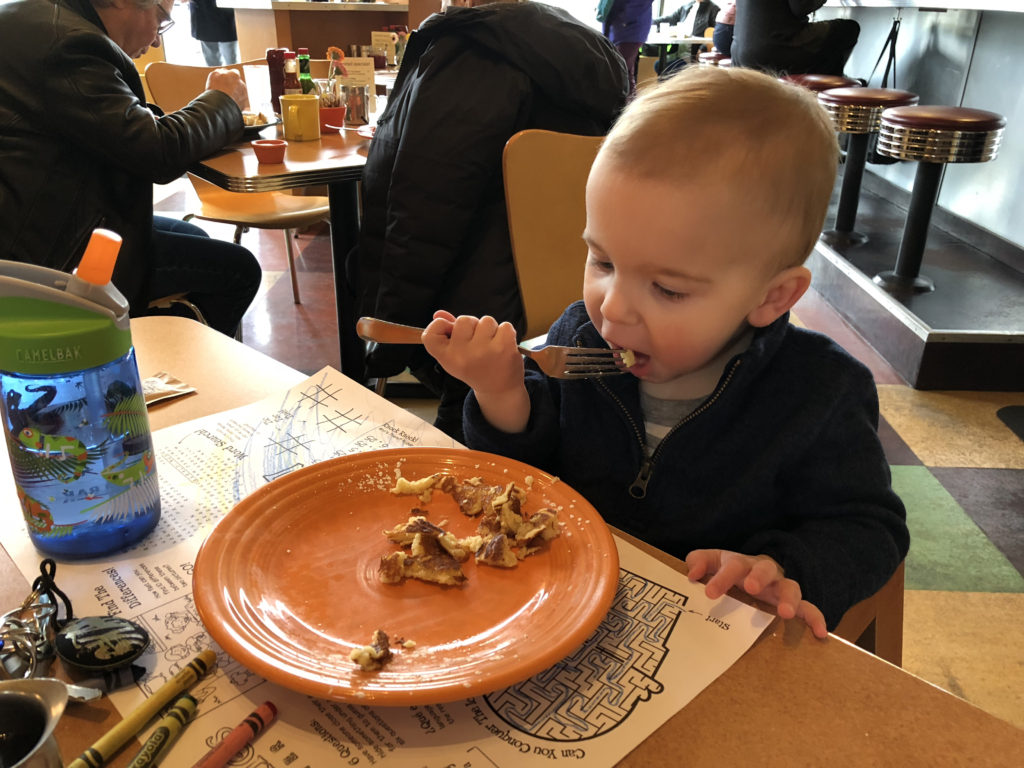 We’ve been working on counting and colors lately, and we sing the ABCs a lot. Ben actually seems to be getting the hang of counting, which is so cool, but colors are lost on him for the most part. Either that or he is color blind, which I actually expect him to be…. Everything is “yellow” no matter what color it is, but this morning he pointed to something pink and said “pink” – so maybe he’s figuring it out? 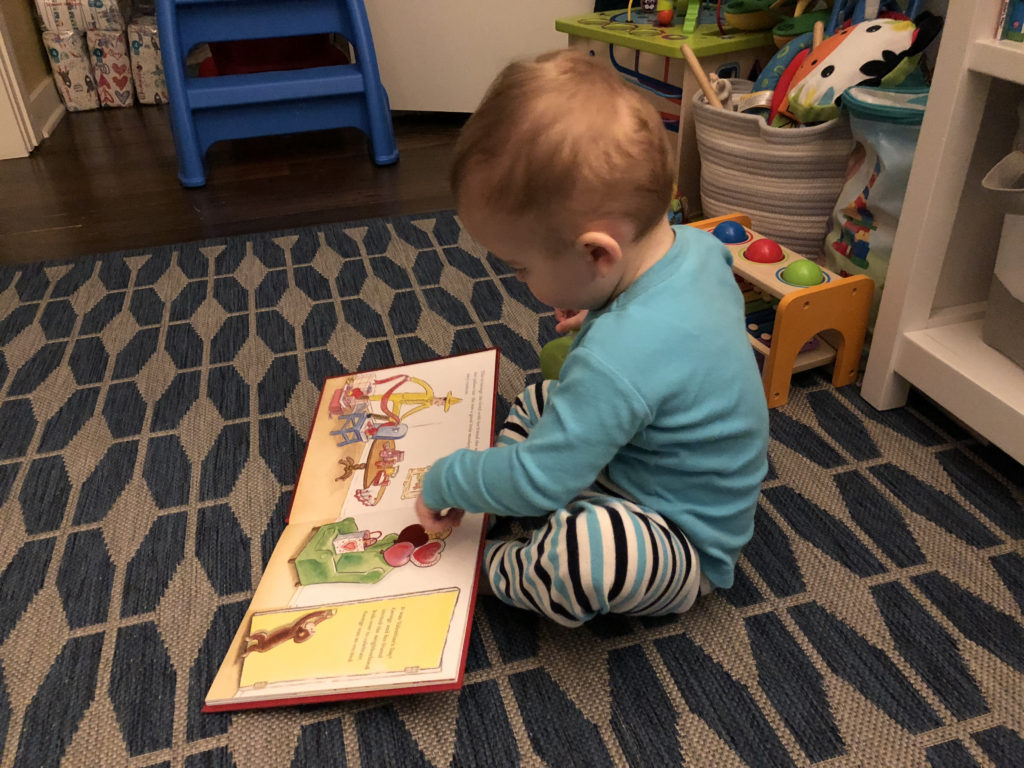 Our au pair, Gelys, has been speaking to Ben in Spanish a bit and I’m realizing he’s starting to pick up a few dual-language words. He knows “casa” {house}, “queso” {cheese} and “agua” {water} to my knowledge – probably a few more. We are hoping to send Ben to a Spanish language immersion preschool in the fall.

Our little guy is such a blast to be around. His personality is so super sweet and we absolutely adore him! I hope we can get a video one of these days of him saying “love you” so we can remember that sweet voice forever and ever.