We had a lot of plans leading into Alex’s big birthday weekend. The first was to celebrate my birthday with the cooking class Alex got me.

We ended up taking a Thai cooking class at Hipcooks on Friday night. The class was really neat and both of us agreed we probably wouldn’t have cooked much/anything on our own, so it was great to get us out of our comfort zone and trying new things. 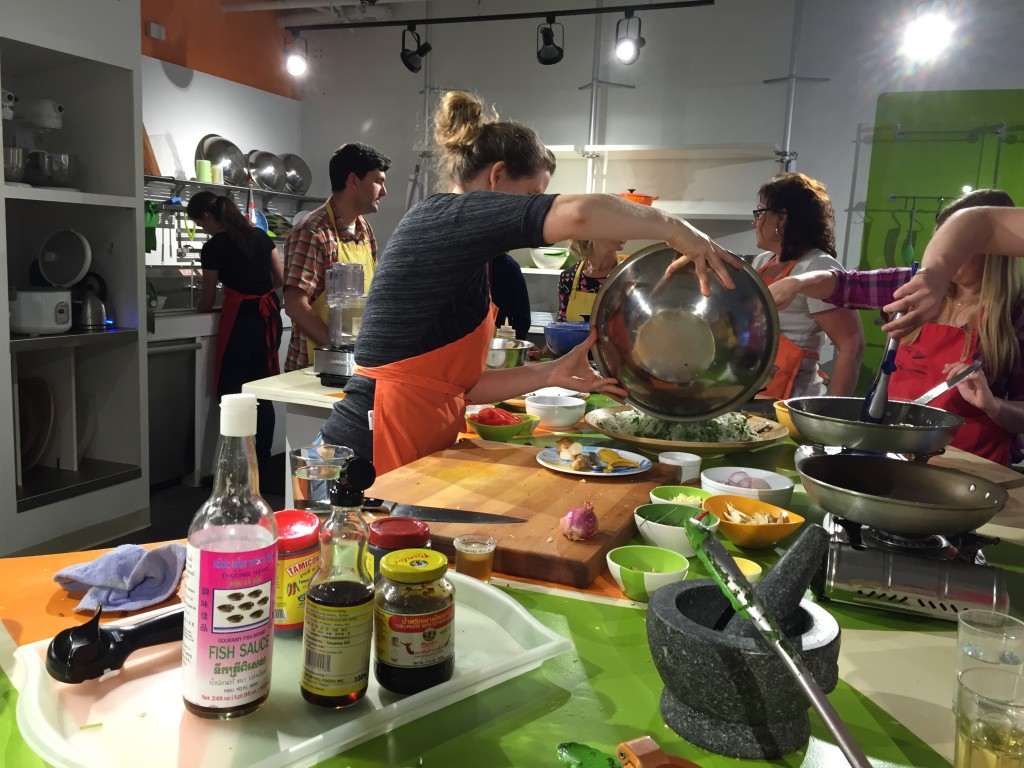 On our menu was: 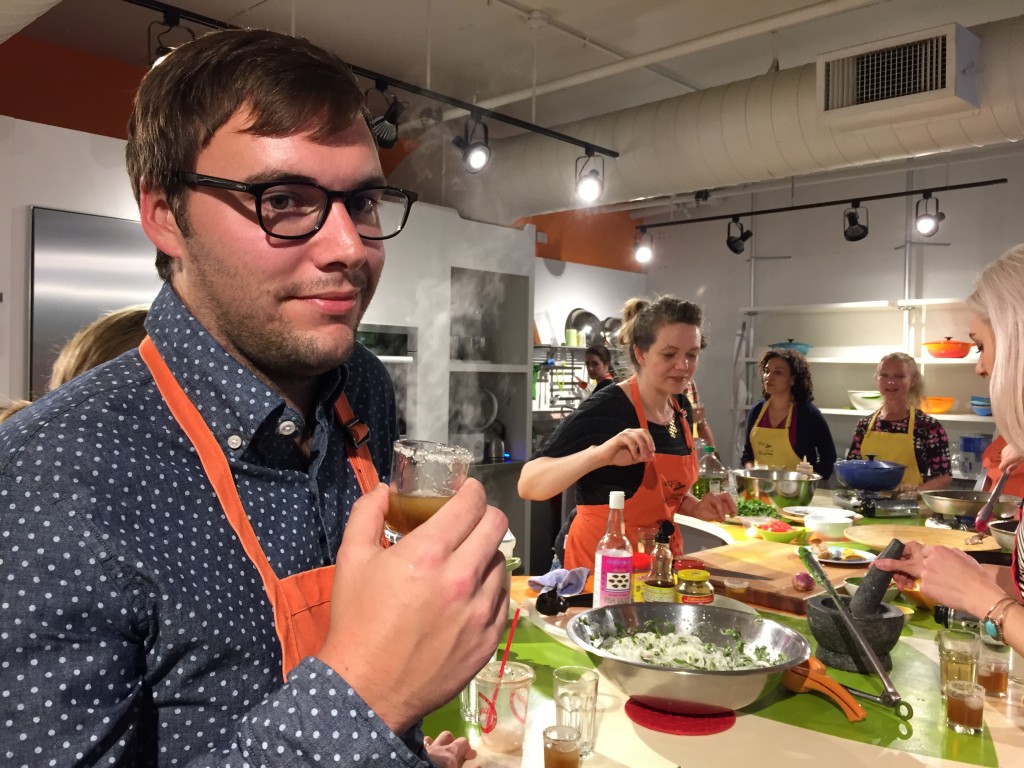 The class was very hands-on and we got to play a role in a lot of different parts of the meal. I appreciated tasting the food frequently as we were cooking just to taste how things came together. We had a really nice time, though we had wished the other people in the class were a bit more fun. It’s such a shame that not everyone is as much fun as we are 😉 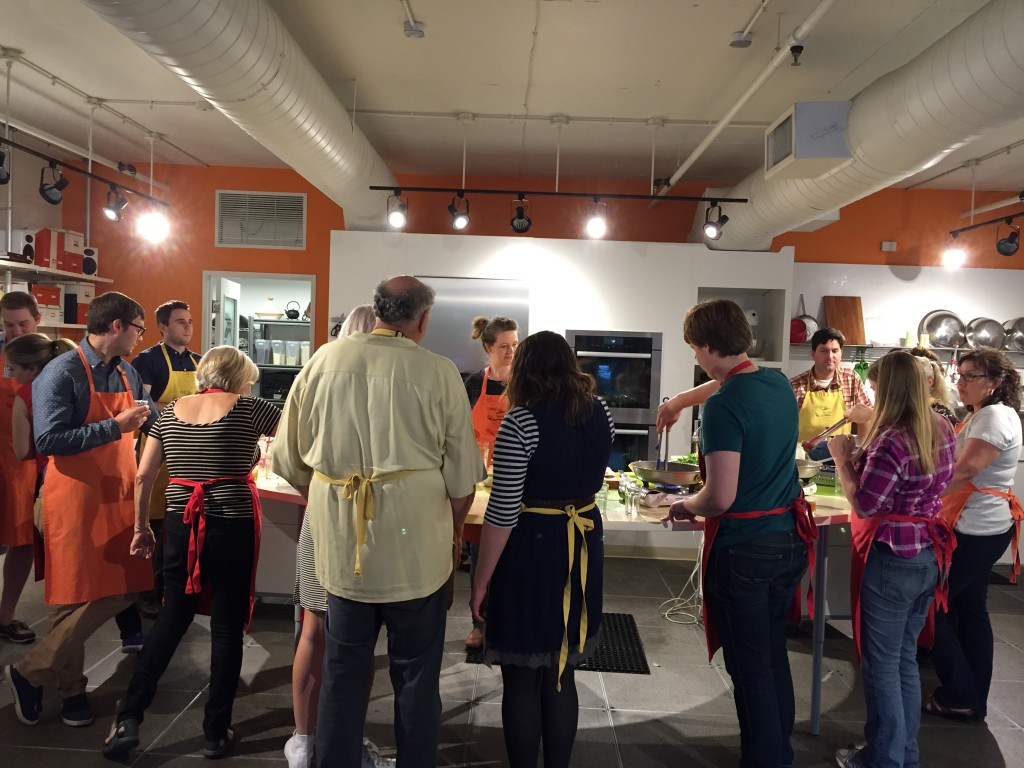 Saturday was Alex’s birthday! We woke up and had a little relaxing time at home before we made the two hour drive up to Whidbey Island for a quick day trip. The weather was quite cloudy, so it wasn’t the most ideal day for this trip, but we still had fun! 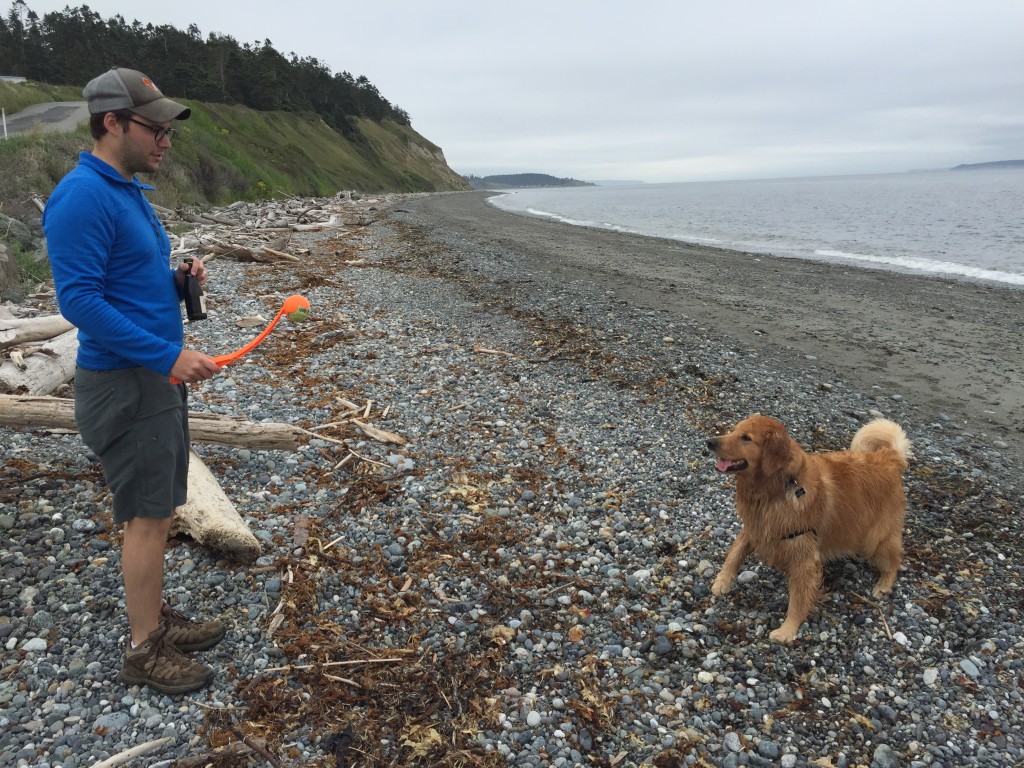 Our destination was Ebey’s Landing, which is a bluff overlooking a beach on Puget Sound. We stopped at a cute shop in Coupville, a little town nearby, and picked up the makings of a great picnic {two prosecco splits, some sandwiches, cornichons, chips and Mexican hot chocolate cookies} and headed down to the beach at Ebey’s Landing. 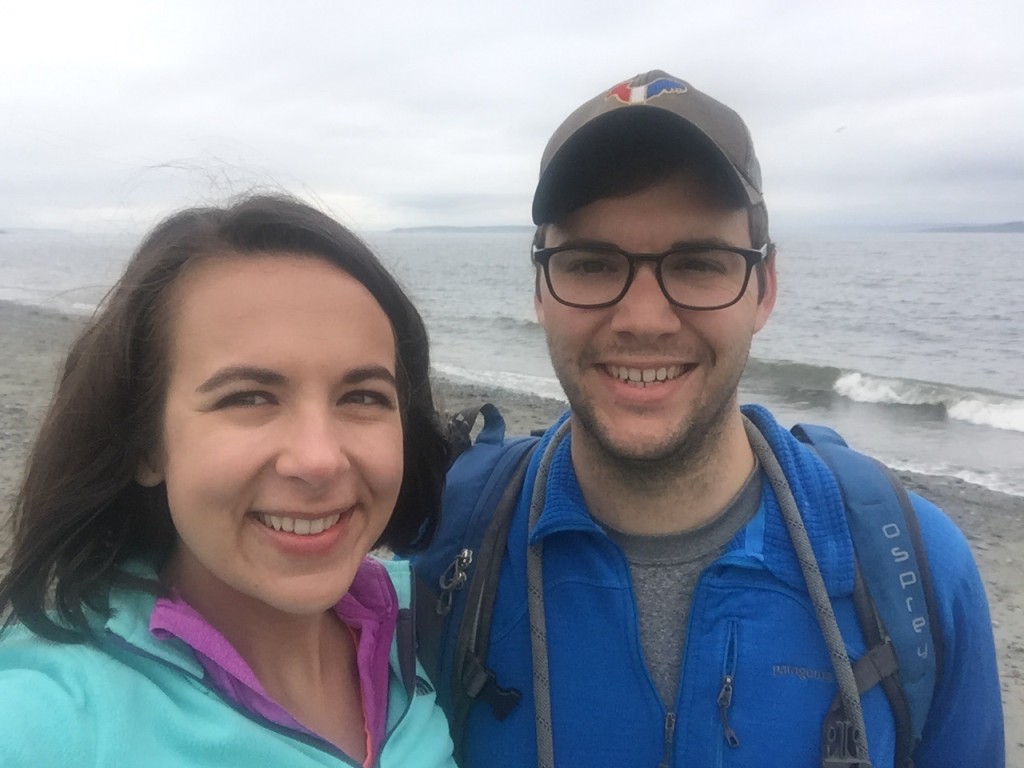 Jackson was along for the ride and he was in paradise. He had never swam in the ocean before – just lakes and rivers, so it was a little different for him with the waves. He was running back and forth, up and down the beach, stopping to shake off next to us while we were eating {delightful part of having a dog}, and running in and out of the water. Safe to say he had the best day ever.

We didn’t stay for too long because it was pretty chilly on the coast that day and we had evening plans we had to get back to! Thankfully we avoided traffic on our way home, which almost never happens.

Since about October last year I had been scheming up a big surprise party for Alex’s 29th birthday. His birthday was conveniently on a Saturday and I figured he wouldn’t suspect it as much on his 29th birthday as he would his 30th. So, last night about 20 of our friends gathered at Bottlehouse, our neighborhood wine bar, and royally surprised him! Alex didn’t suspect a thing.

We had a great evening catching up with everyone and it was so fun to share our favorite spot with our friends. It was fun that most people had met before, even if they were in different “groups” – but our holiday party this past year provided a great merger of our different groups of friends, which was really nice. We are lucky to have so many wonderful friends out here! 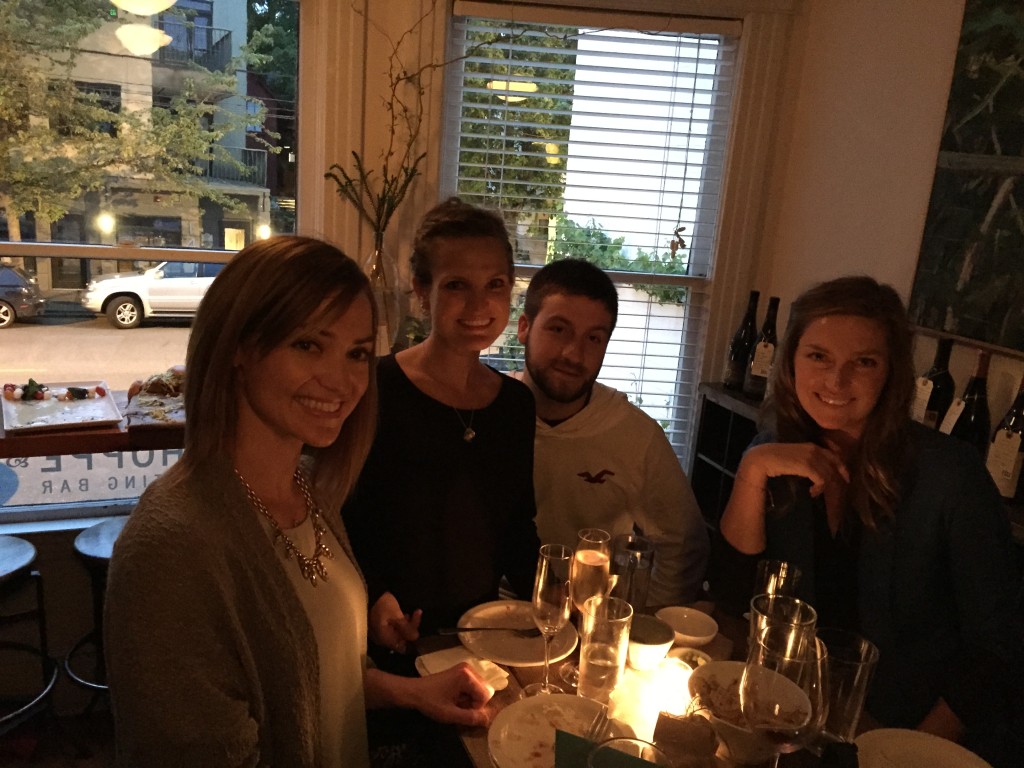 It was really hard for me to keep the secret of this surprise party, especially the last week or so as the party grew nearer, so I am glad to be done with that. I love hosting parties, but that’s the last surprise party I’m throwing! 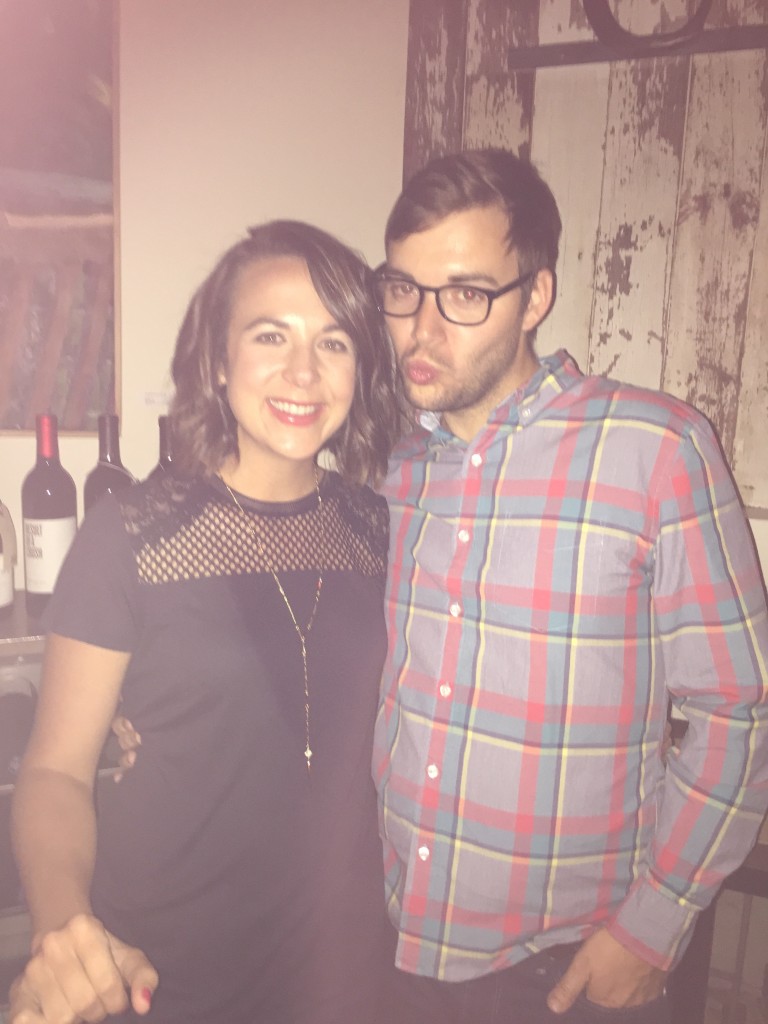 In other less exciting news, I got a FitBit this weekend. I’ve been putting it to the test to keep track of my steps, fitness activity, water consumption, food and sleep. It’s pretty handy. So far I’m really liking it!

The farmers market in our neighborhood opened up for the summer season on Friday. I absolutely love going down to the farmers market on Friday afternoons and stocking up on farm-fresh produce and flowers, so it’s something I look forward to each week. This year there are several new vendors at our neighborhood market – there’s a brick oven pizza food truck, a beer stand, a few wineries, a jam vendor, as well as a mustard vendor, and then the usual produce, meat and dairy vendors. 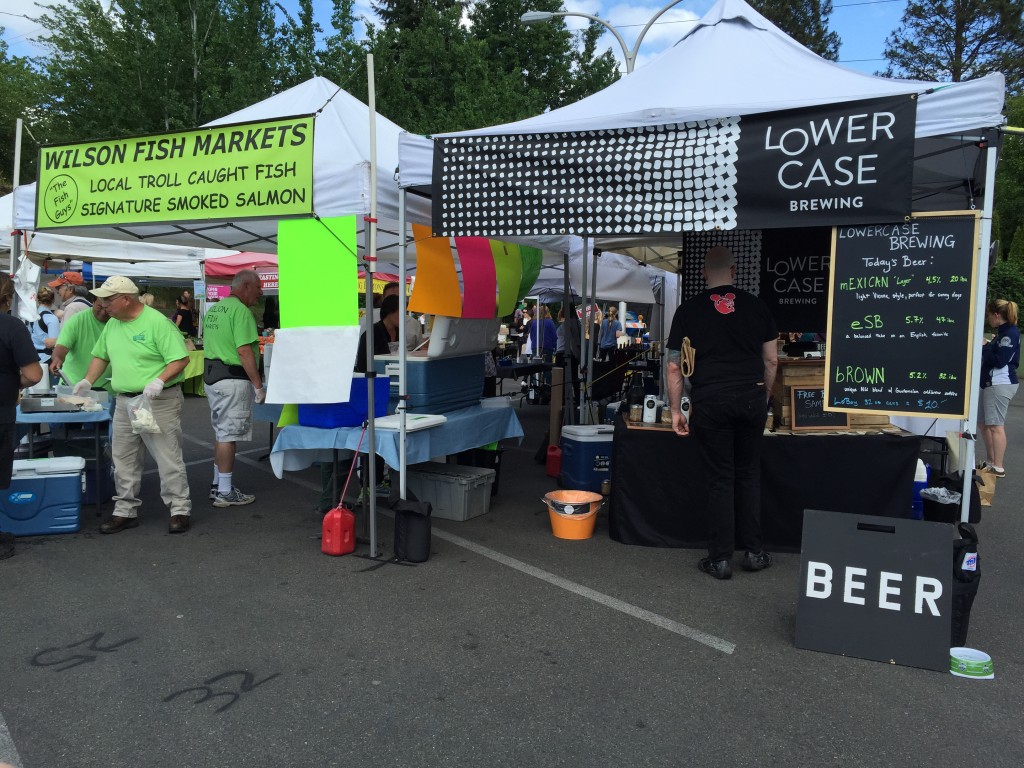 Between the farmers market and our CSA, I try to get as much food as I can as a way to support the local farmers and vendors. Plus, it’s fun to walk down to the market {about 6 or 8 blocks from our house} with Jackson and see the same vendors or neighbors down there each week. 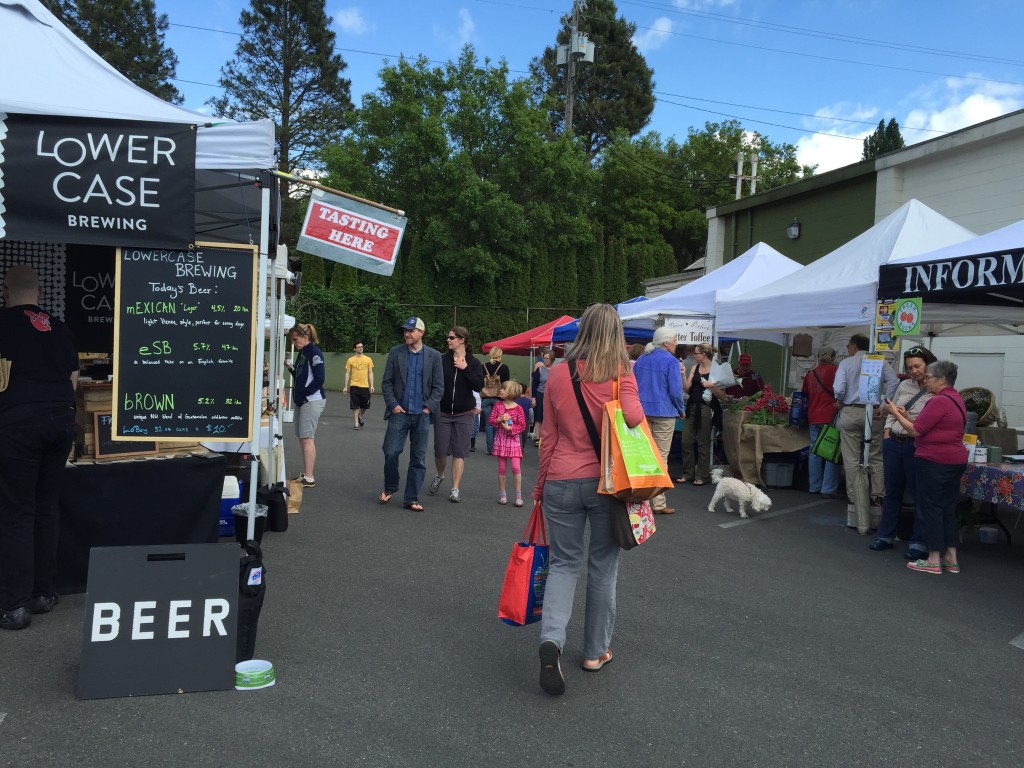 Today we are taking it easy at home. I’m exhausted. I think that keeping the secret of Alex’s surprise party took a mental toll on me this week, so it’s nice to have a restful day at home.