We have come a very, very long way with Jackson since this time last year. By November 2013 our wildebeest dropped out of puppy class, was always near us or on top of our feet, weighed 55 pounds, was 6 months old, didn’t have the slightest interest in playing fetch or with tennis balls, was the biggest cuddle bug ever, and loved to challenge us in any way he could.

Today, Jackson is a year and a half, weighs 80 pounds, is always near us or on top of our feet, is absolutely completely obsessed with any type of ball and/or playing fetch, is the biggest cuddle bug ever, loves to challenge us in any way he possibly can and has a mind of his own.

So, as you can see, not much has changed! In reality, there really is a lot that is different about Jackson and his behavior these days. He has gotten into a pretty good routine, though he still has bursts of uncontrollable energy and moments where he is so obsessed with a ball, squirrel or other dog/inanimate object that he can’t focus. 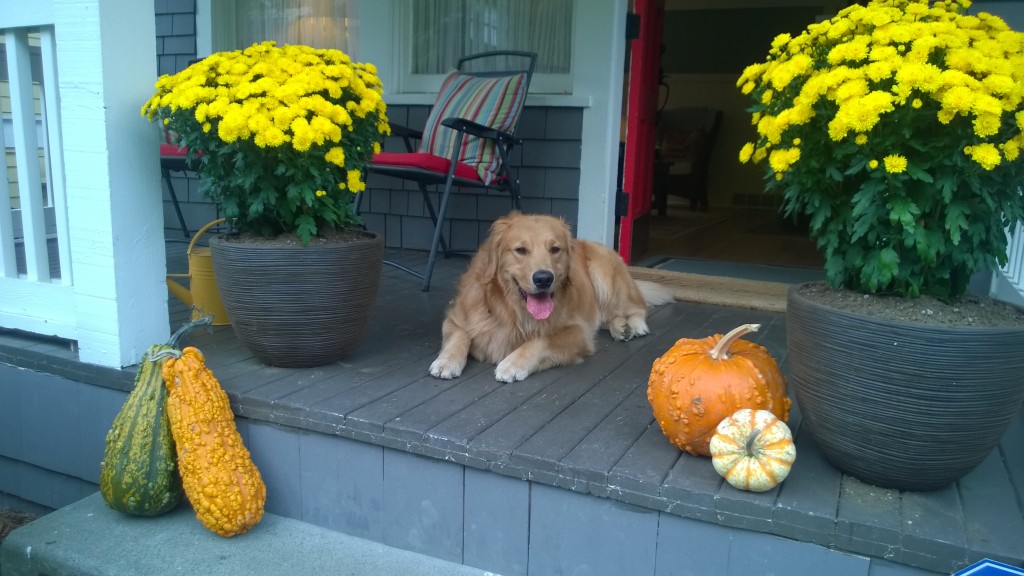 For the most part, he is a darn cute furry bundle of love who just wants to play ball and hang out with his humans. 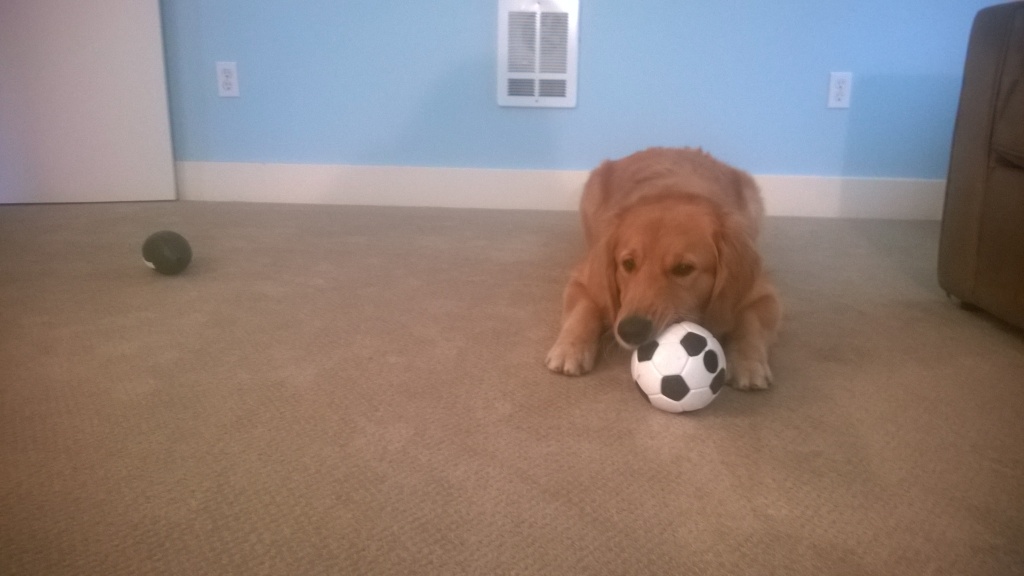 Exercise is the key component to Jackson’s success and good mood {therefore our good mood too}. Right now our routine consists of taking Jackson for a 3ish mile run or playing fetch at the park with him each morning (plus a 20 minute walk to and from the park), then mid-afternoon or early evening I take Jackson for a shorter training walk, do some training at home, then we play ball in the backyard or basement. 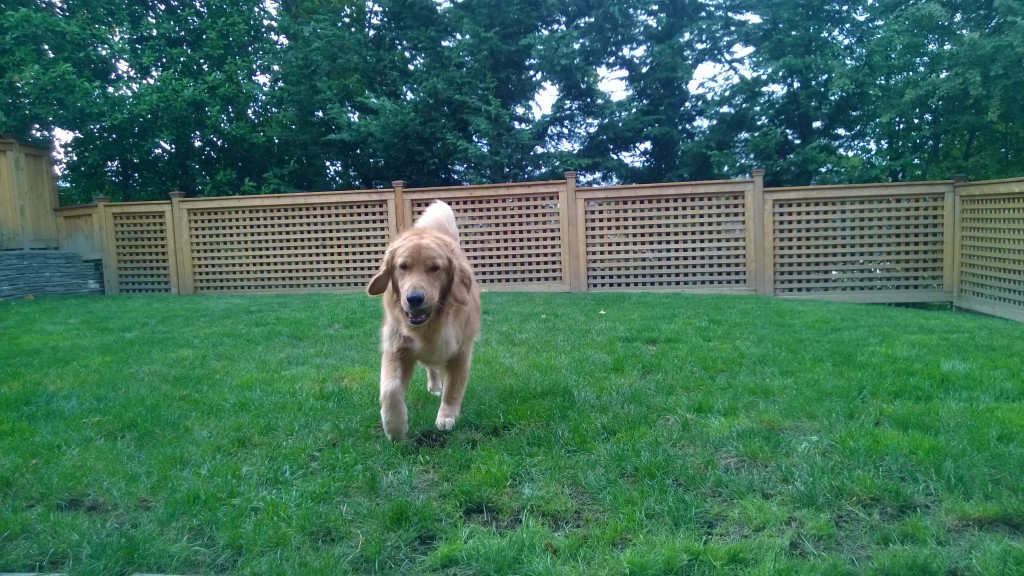 When Alex gets home he plays ball in the backyard with Jackson and usually ends up wrestling and playing ball in the basement with him later in the evening before they curl up into a ball of dog/man cuddles if we watch a show. 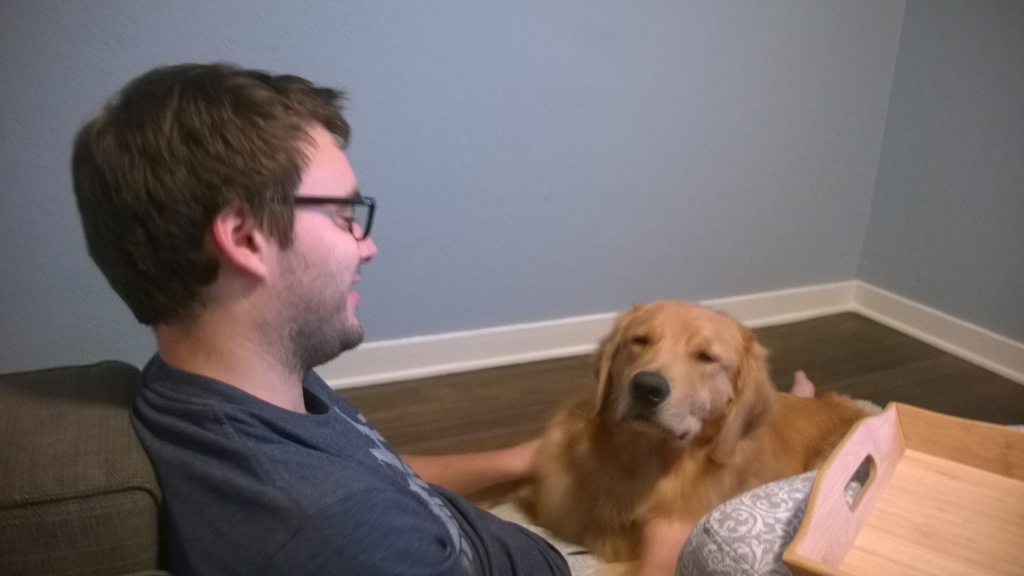 Our amazing dog trainer, Katie, recently paid us a visit to check in on us and Jackson and give us some updated tips for our defiant pooch. We were very excited for her to see all of the progress Jackson had made since she last saw him in early May. 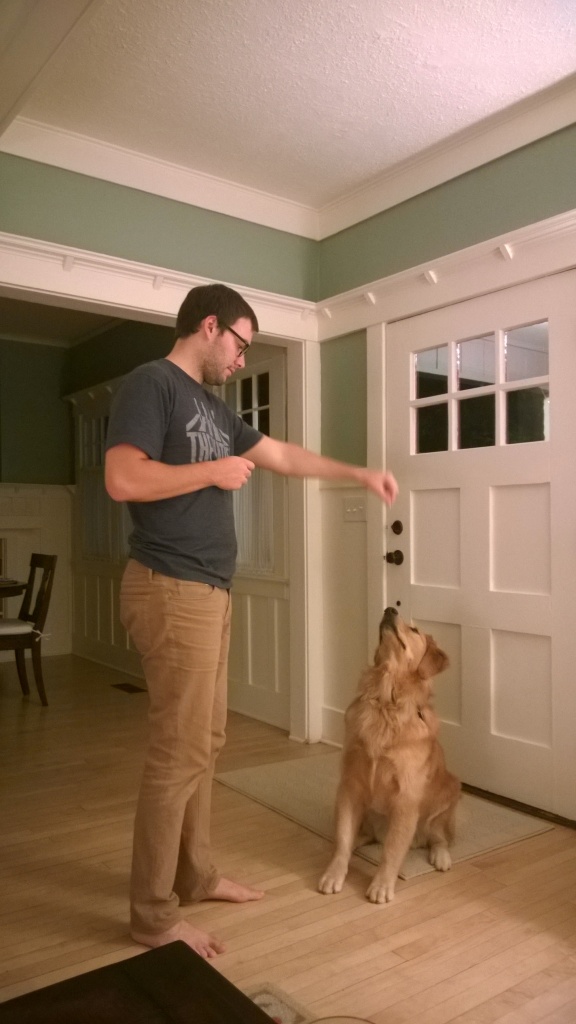 That said, we are always in favor of getting more ideas of things to do with him to keep him behaving nicely and to calm down his crazies. Katie’s biggest suggestion for us is to just be consistent and maintain the rules, as he is in another period of “testing us” right now. I feel like that’s just his life, though. Good parenting practice! 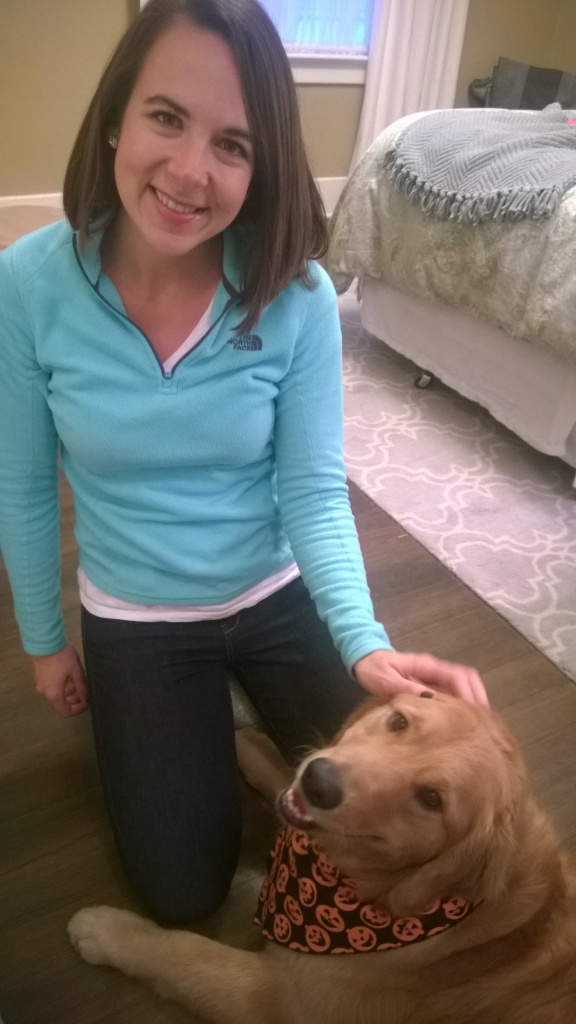 We are really looking forward to ski season with Jack man! He is such a snow dog and is so in his element as he is bounding through the snowdrifts, running back and forth as we throw ice chunks for him to catch. We are also very much looking forward to Jackson calming down a bit. He is such a goober, but we are so, so, so, so lucky and thankful that he is our crazy pup.