Everything lined up to make for a darn nice Mother’s Day weekend in our little house. The weather was absolutely perfect – the icing on the cake! 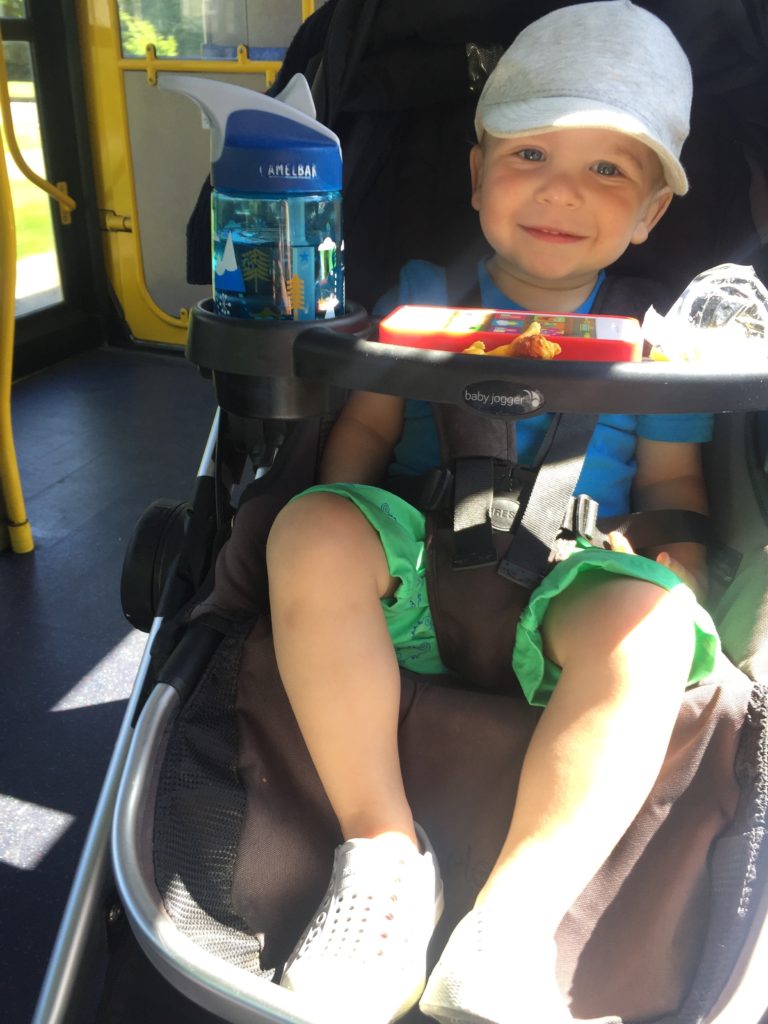 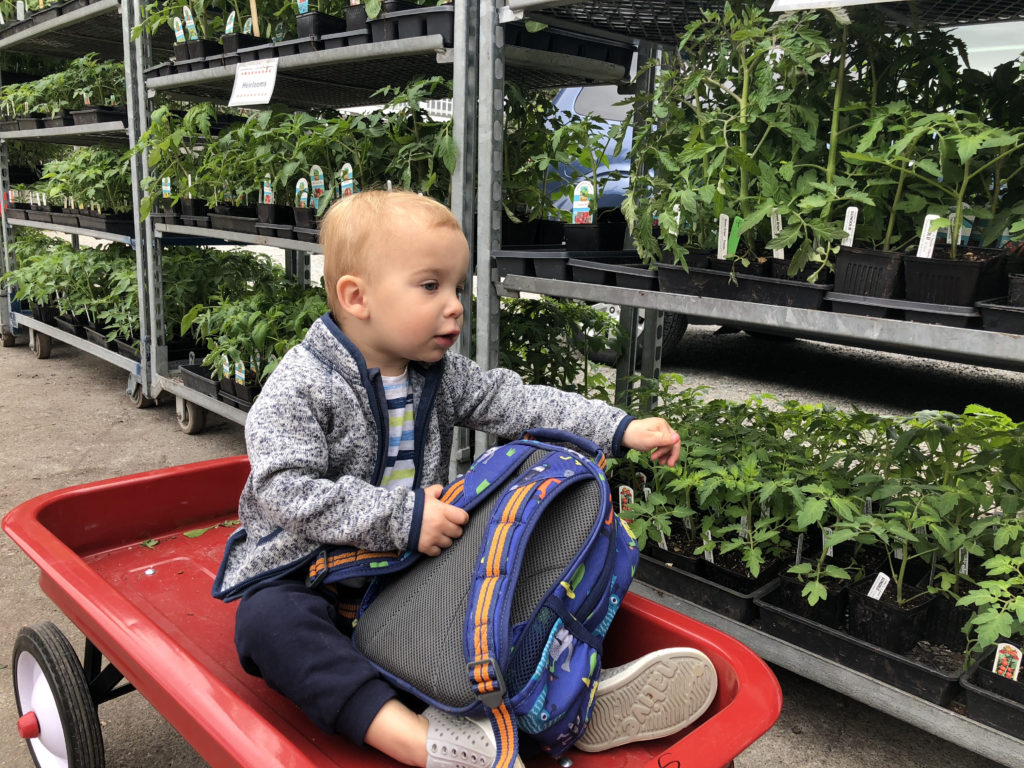 He was adorable, though, and we picked out some cherry tomato plants, strawberry plants and some herbs. I managed to grab some blooming flowers when he was confined to the wagon. Needless to say, a second trip to the garden store was in order! Since the weather forecast was calling to be perfect Alex and I had grand plans of spending some quality time in our yard over the weekend. 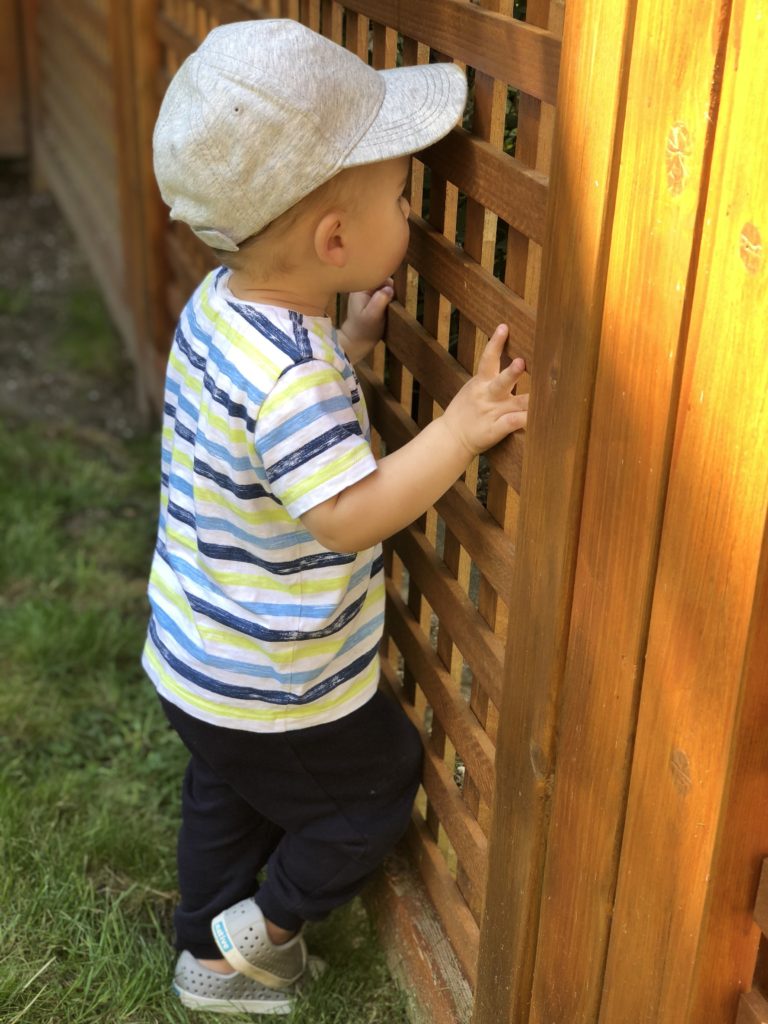 One of my proudest moments as a parent soon followed our trip to the garden store. We went to the Arboretum park and were sitting on the sidewalk having a snack and a little girl took a very big tumble. I think Ben might have seen it happen {my attention was focused elsewhere} and then when she started crying Ben said “go give her a hug!” and got up and started walking towards her. Alex shared he had a similar encounter last weekend when he got a scratch on his arm and Ben kissed it, told him “it’s okay!” and rubbed his back. My heart melted. I’m not sure how he’s already learned empathy – we sure are trying! – and above anything and everything else, I want him to be empathetic and a nice kid. Smarts only get you so far, but being nice and empathizing with others, that’s the makings of a good person. 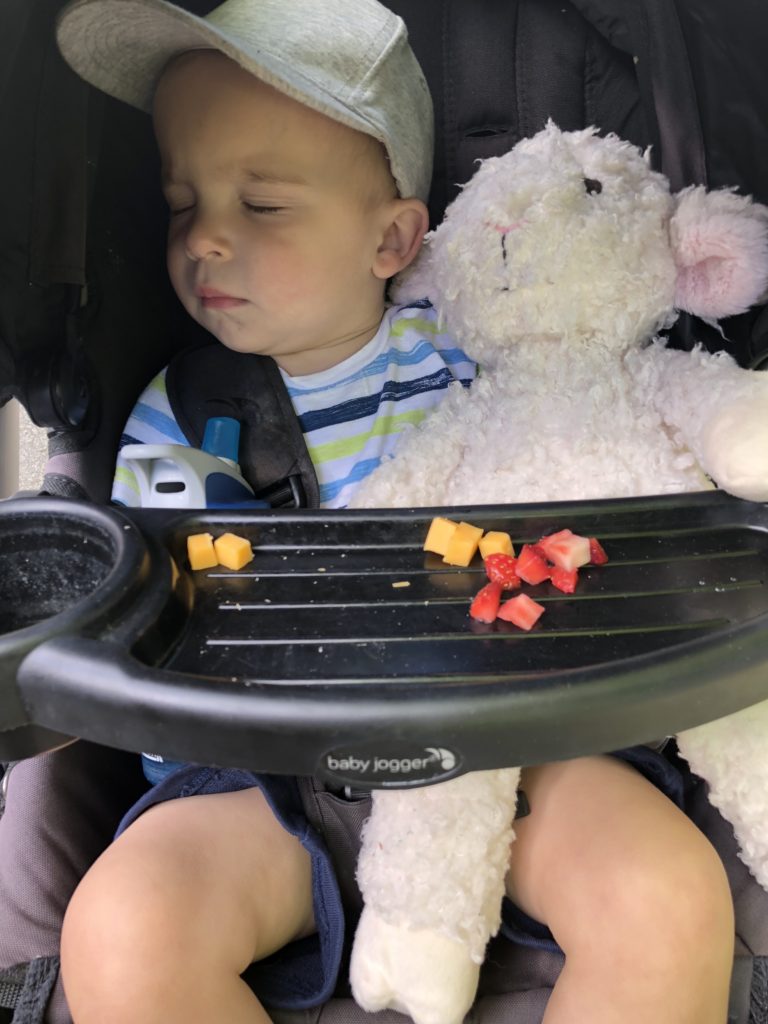 Alex had a similar moment on Sunday when we returned to the garden store. It had nothing to do with empathy, more just a proud parent moment. He and Ben were sitting down together and Alex took a moment to explain the importance of listening and following directions and holding mama and dada’s hand instead of running off. Immediately after their conversation Ben calmed down and held onto Alex’s hand and responded so sweetly to the directions. Moments like this validate that we’re doing something right!

In addition to the sweet moments, we had some downright adorable moments and firsts on Saturday at our neighborhood block party. The neighborhood association puts on this huge festival and parade, primarily for the kids, and it was so much fun to go to with Ben. 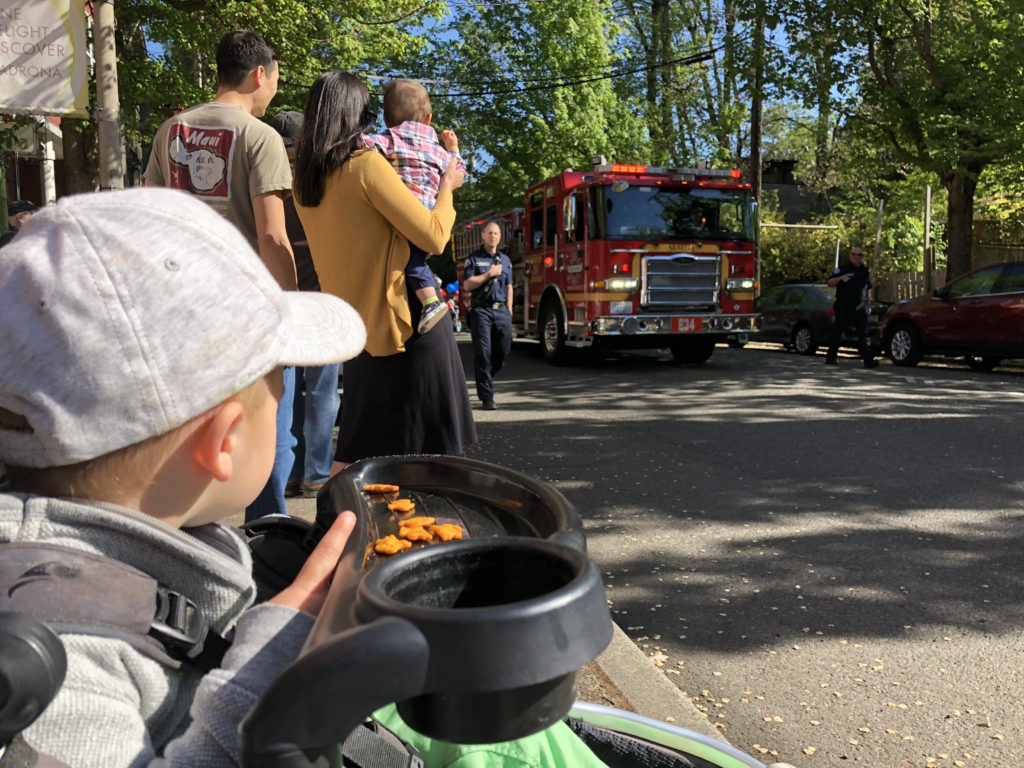 We bumped into other kids in our neighborhood, some of Ben’s classmates, one of the babies from the PEPS group I led and some random friends and acquaintances. It’s moments like these that remind us just how much we love our darling neighborhood – we feel so, so fortunate to live here. 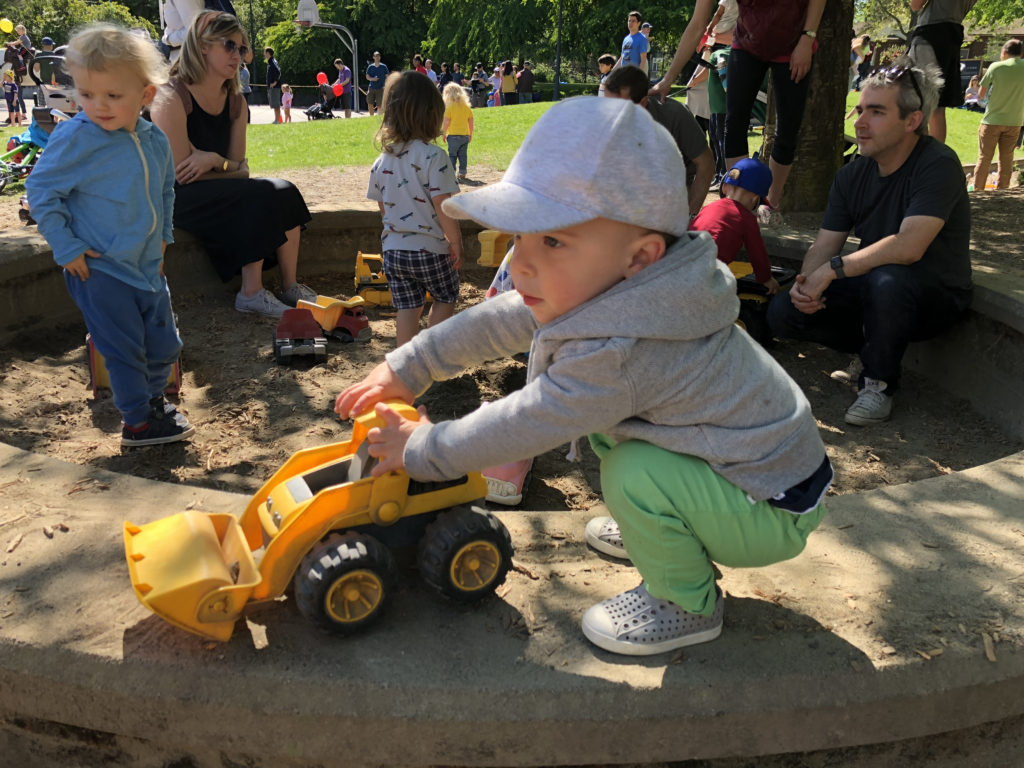 Ben got to see his first parade, which was led by a firetruck {!}, he got to ride a pony, see a reptile show and read some books from the library. We all enjoyed a treat from the coffee shop – “warm milk” is apparently the best thing ever. We’ve spoiled him by getting him a little “steamer” {lightly steamed milk} when we go to the coffee shop now. It’s too cute and he loves it too much to stop! 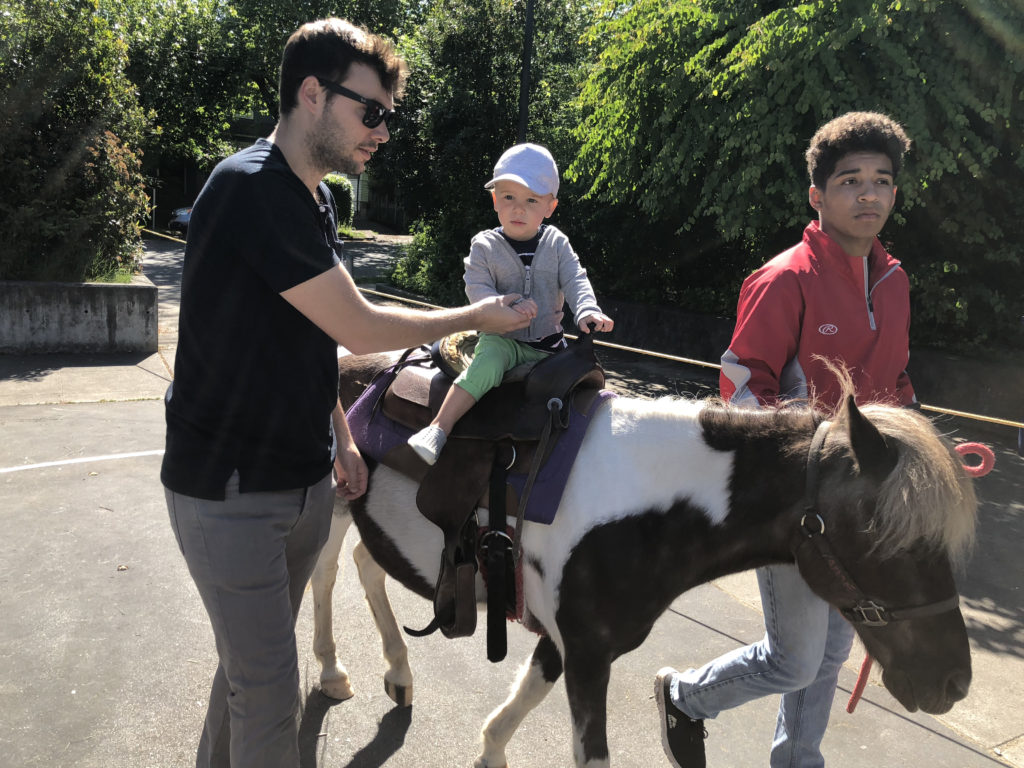 Somehow we managed to sprinkle in some time with friends into the weekend – we had a really nice dinner over at Ryan and Anne’s on Saturday night, then my cousin, Chris, and his wife and their two kids came over for a backyard barbecue on Sunday evening.

It was a very lovely, special Mother’s Day weekend, indeed. I adored the time I got to spend with the two guys who made me a mama. We had lots of cuddles and giggles and enjoyed our time together.