We’re still in our first week of being home with Ben and I’m pretty sure we couldn’t be happier. It is an incredible feeling to actually, finally be at home with our baby. 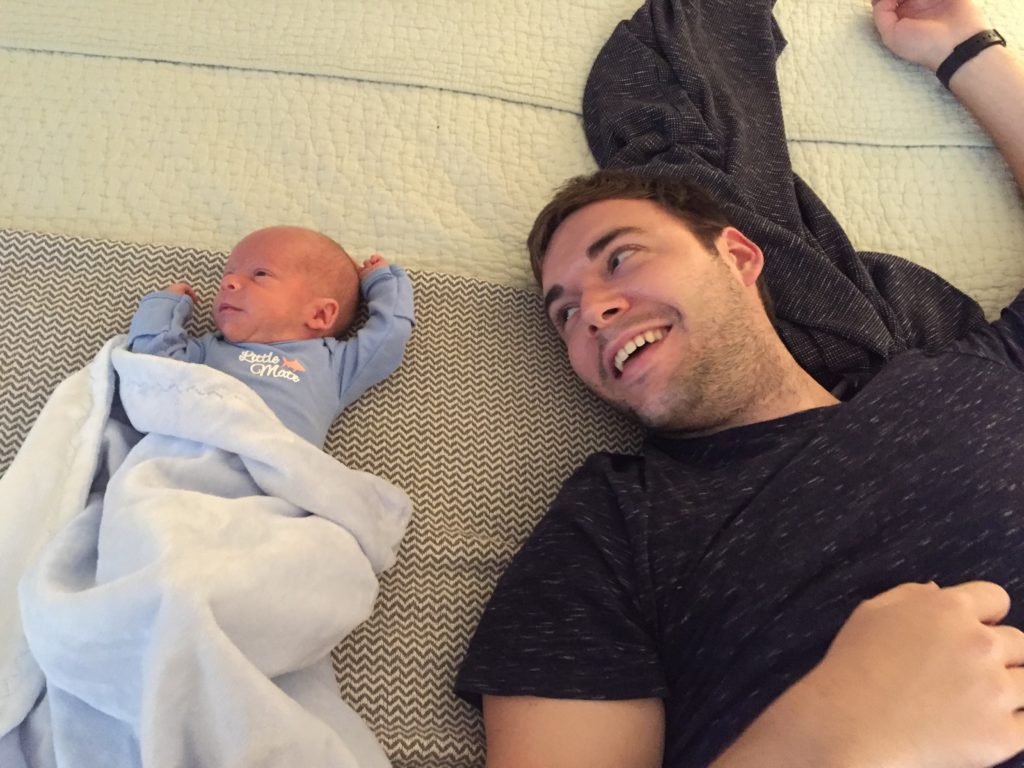 We have been enjoying seeing, holding, feeding and hanging out with our baby whenever we want to, without supervision from a nurse and without having to hear the monitors ding every 4.23 seconds. We can change his diaper without having to worry about the 4 wires plus his ID tag. We’re in our own space that is comfortable, familiar, safe and judgmental free. It’s pretty amazing! 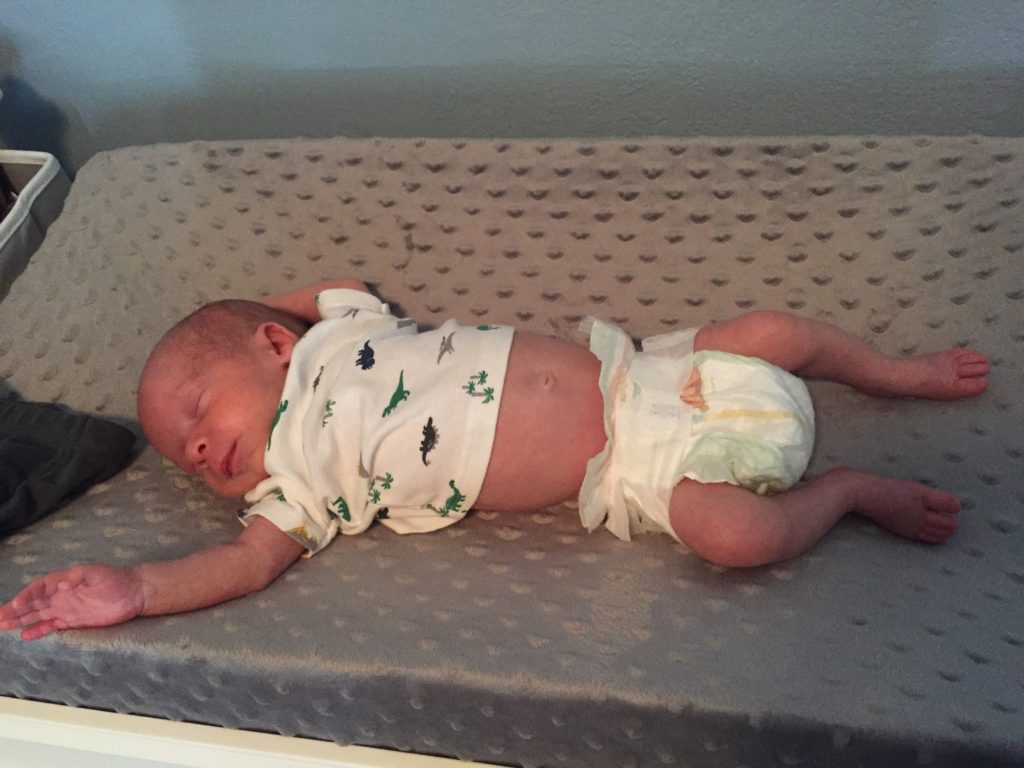 Ben is thriving in his first days at home – he is up to 5 pounds 2 ounces as of today! He had his first pediatrician appointment on Tuesday, two days after he returned home, and she had only great things to say about him and was impressed with how well he’s doing. She wanted to see him again in two weeks {instead of the standard four} for a weight check to see if we might get to discontinue fortifying his milk at that time since he’s growing so steadily and well. 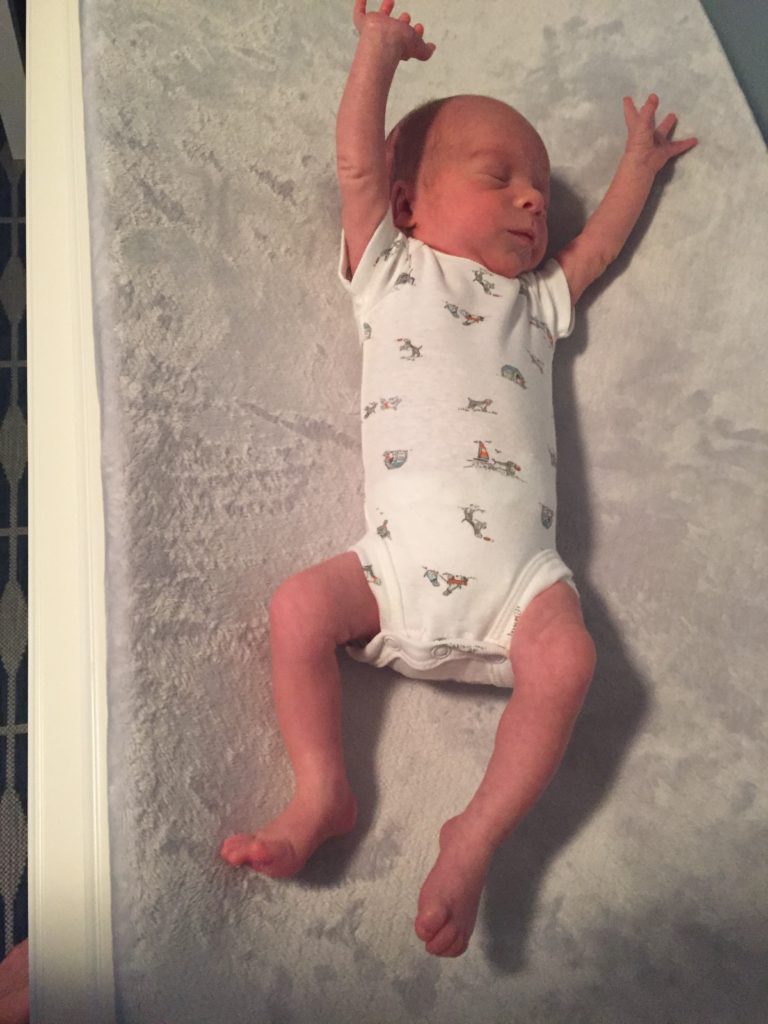 The major concern of the doctor’s in the days leading up to Ben’s discharge was his ability to safely drink from the bottle, and so far, since he’s been home, we have been completely comfortable and confident in our ability to feed him. I look forward to that time now, instead of dread it, and it’s such a nice time to bond with Ben. Ben’s maturity has dramatically improved since we’ve been home and we don’t have to micromanage him eating nearly as much as we did a few days ago. 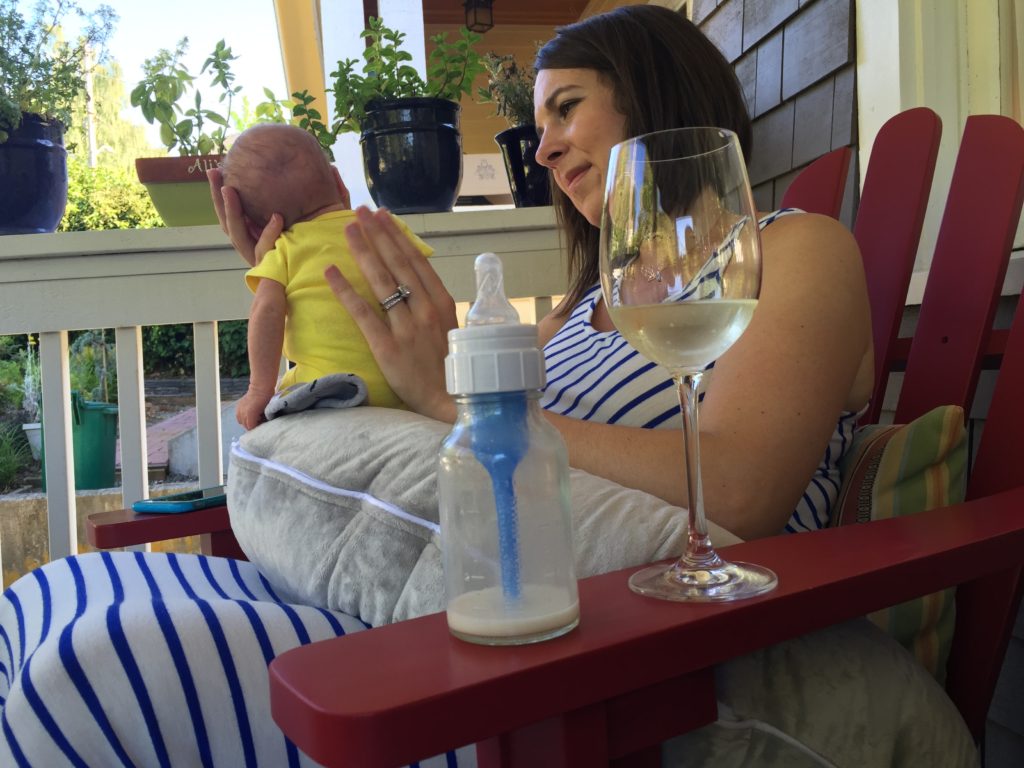 We’ve really started getting to know Ben and his personality in the last few days. He’s super calm and content – sometimes we’ll pull up the monitor and he’ll be just laying in his crib hanging out, making cooing noises. He really only cries when he has a dirty diaper or if he’s super hungry. Otherwise, he’s really laid back. We’re crossing our fingers that stays the same! 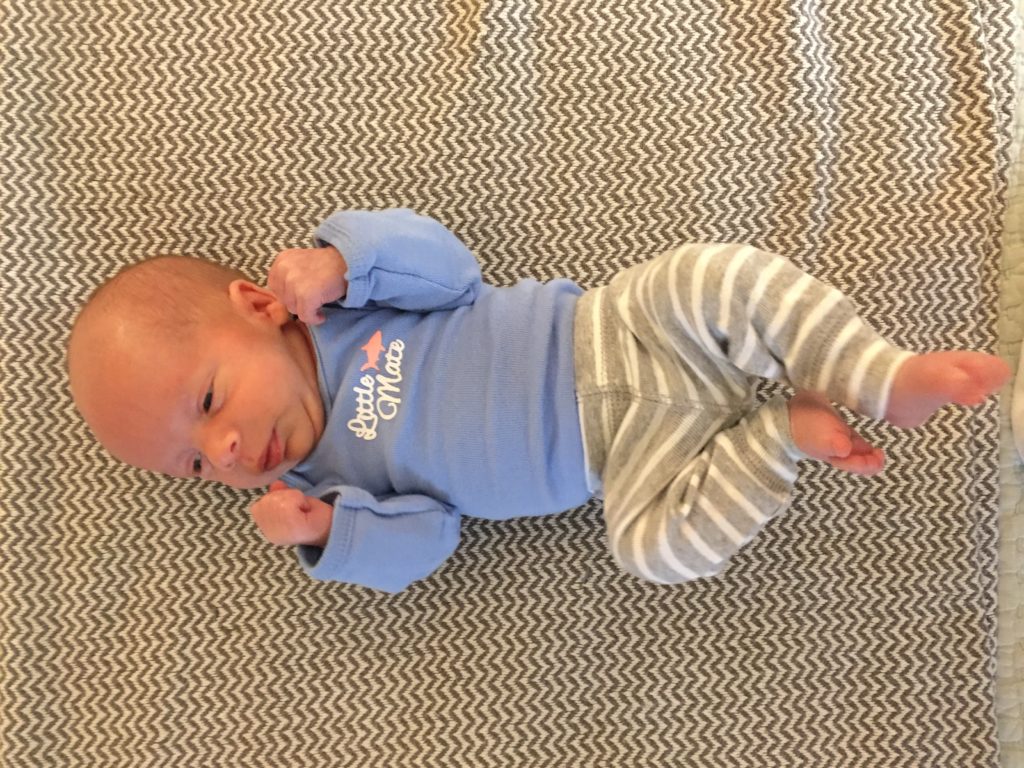 We took the first couple days to see how much Ben wanted to eat and we got a baseline {we’ve got a really great app that tracks how much he eats from the bottle or by nursing, how much I pump and his diaper count} and now we’re slowly trying to build a little feeding routine. Last night we were able to feed him at 10:30 p.m., then again at 2:30 a.m. and then not again until 6:30 a.m., so he only woke up once in the middle of the night! We’d love to keep that up for the middle of the night feedings.

One of the best parts about being home so far is the freedom. We’re on our own schedule {ok, let’s be real, we’re on Ben’s schedule} and no one is telling us what to do. We don’t have visiting hours at the hospital – we can see our baby whenever we very well please, and better yet, we can take him out and go toot around town. 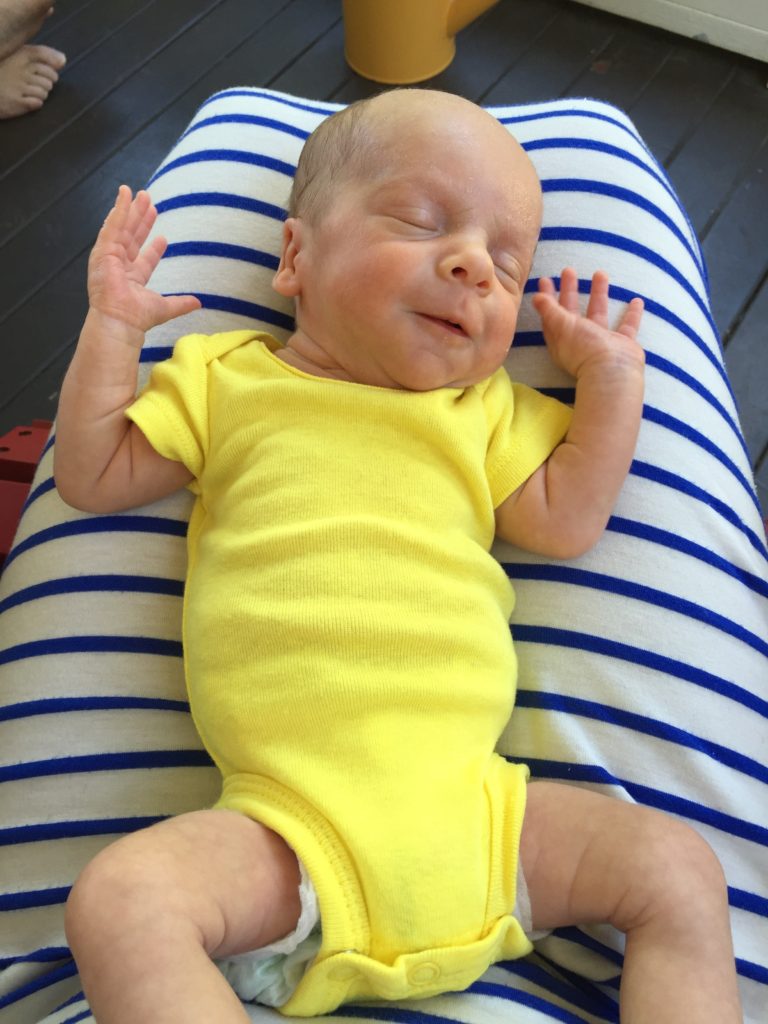 When we were going through our NICU time one of the things that kept me sane was dreaming of our summer together. I mostly dreamed of taking walks together as a family through our neighborhood and around the city. We are so fortunate to live in such a beautiful place and I envision our summer being filled with lots of time outside. 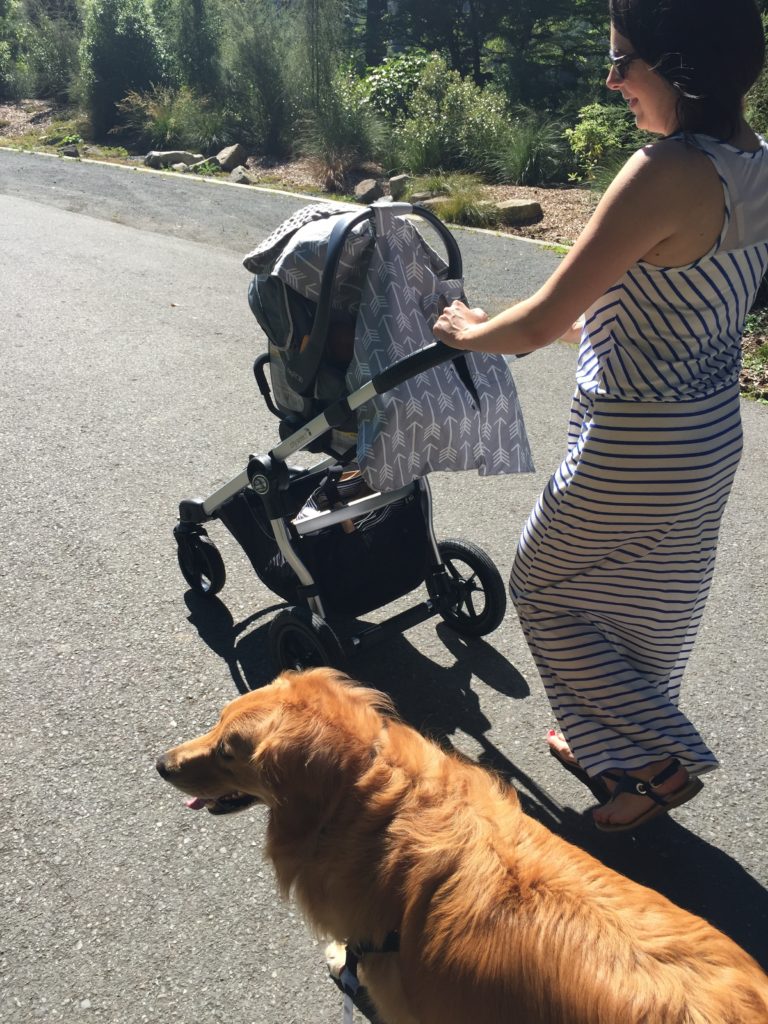 So far since being home, Ben has gotten to meet a few of our friends, including 3-day old baby Claire! We are slowly welcoming healthy, adult {and infant} visitors. Ben still needs to spend most of his days sleeping, so we’re being very mindful not to cram too much into one day, plus, preemies can get overstimulated very easily and we need to avoid that.

All in all, Ben is doing really well and so are his parents! We are so grateful to be home together as a family and are so looking forward to the summer. 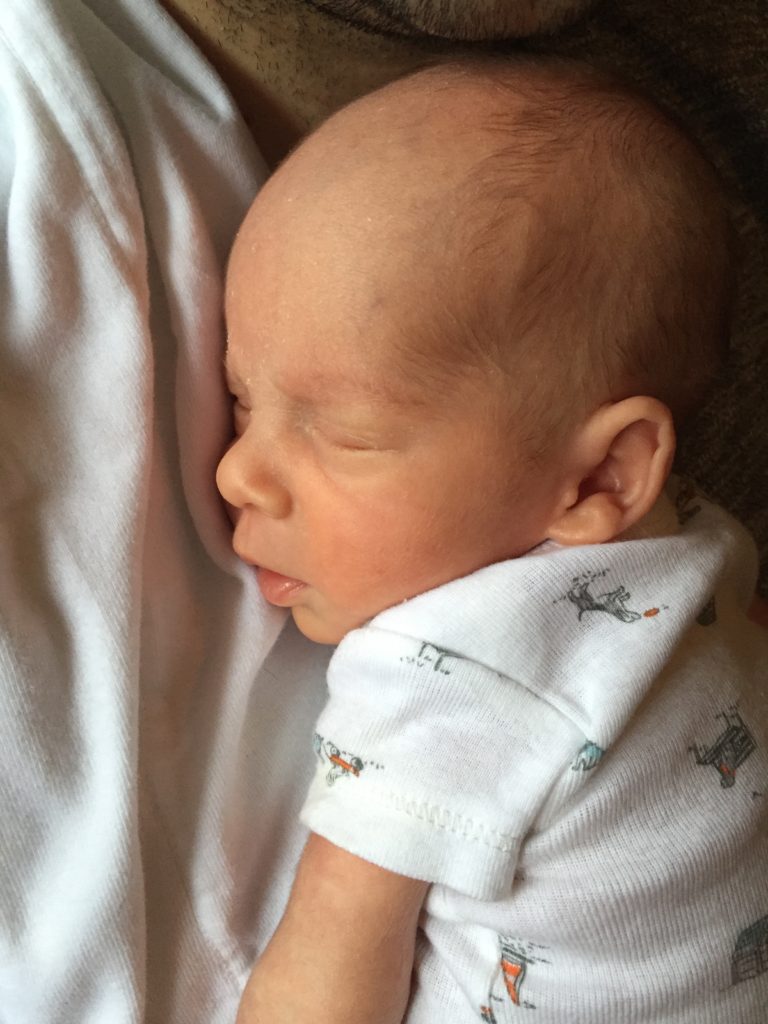