A big part of the Comb family made the long trek out to Seattle this past weekend for my cousin Jonathan’s wedding. My dad, Fred; brother, John; and aunt Janny (my dad’s sister) all came out for a long weekend from Minnesota. We squeezed a lot into our time together, including a trip around the Olympic Peninsula, lots of family time and a fair amount of eating.

{getting the trip started off right at Bottlehouse!}

Shortly after everyone arrived on Thursday night we headed to Bottlehouse for dinner and some amazing wine.

Just after dinner I had to take Alex to the airport for him to catch a flight to Chicago to surprise his dad at his retirement party. More on that in another post!

Friday morning came bright and early and we set off for our 15 hour tour of the Olympic Peninsula. 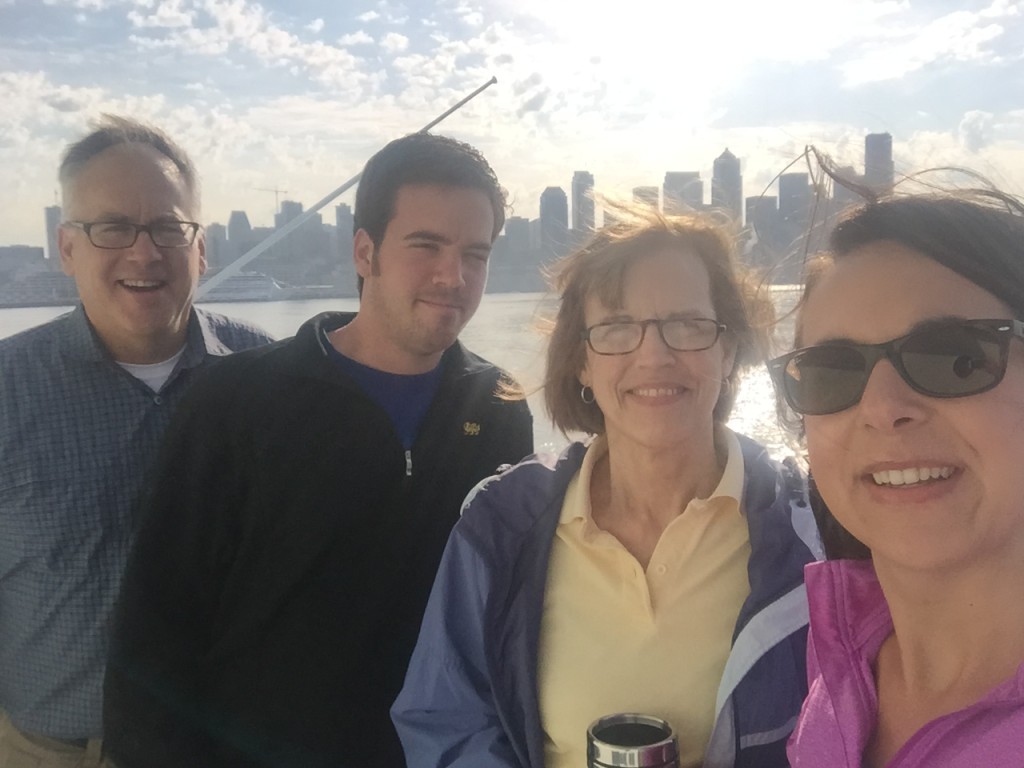 {view of downtown Seattle from the ferry} 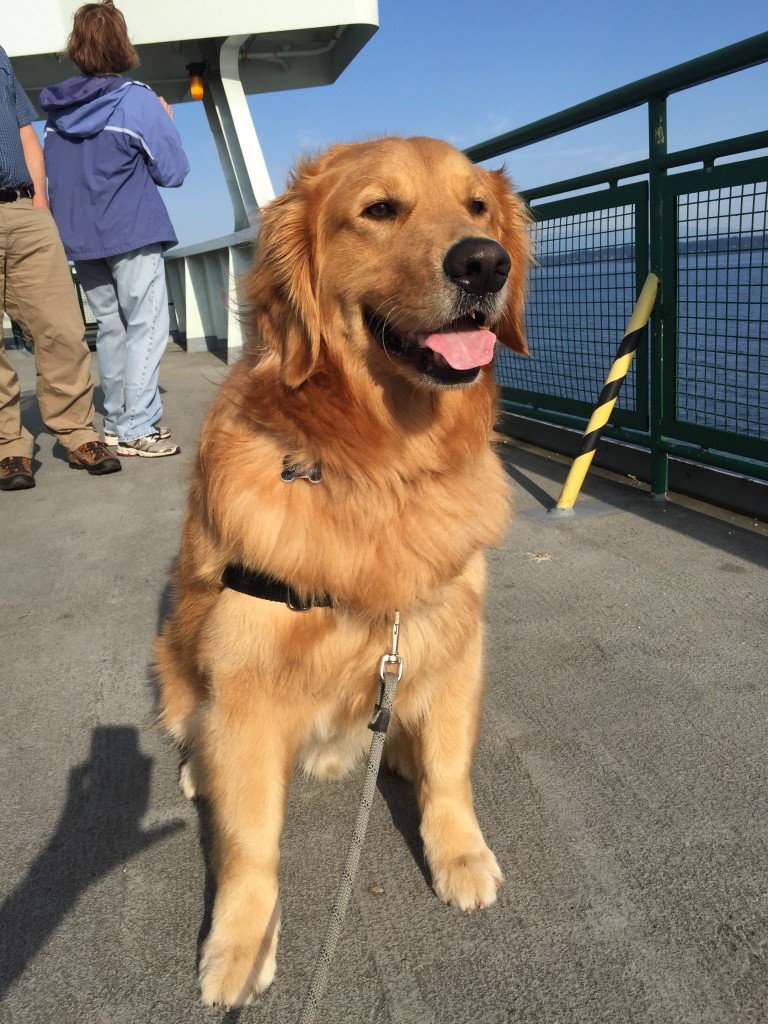 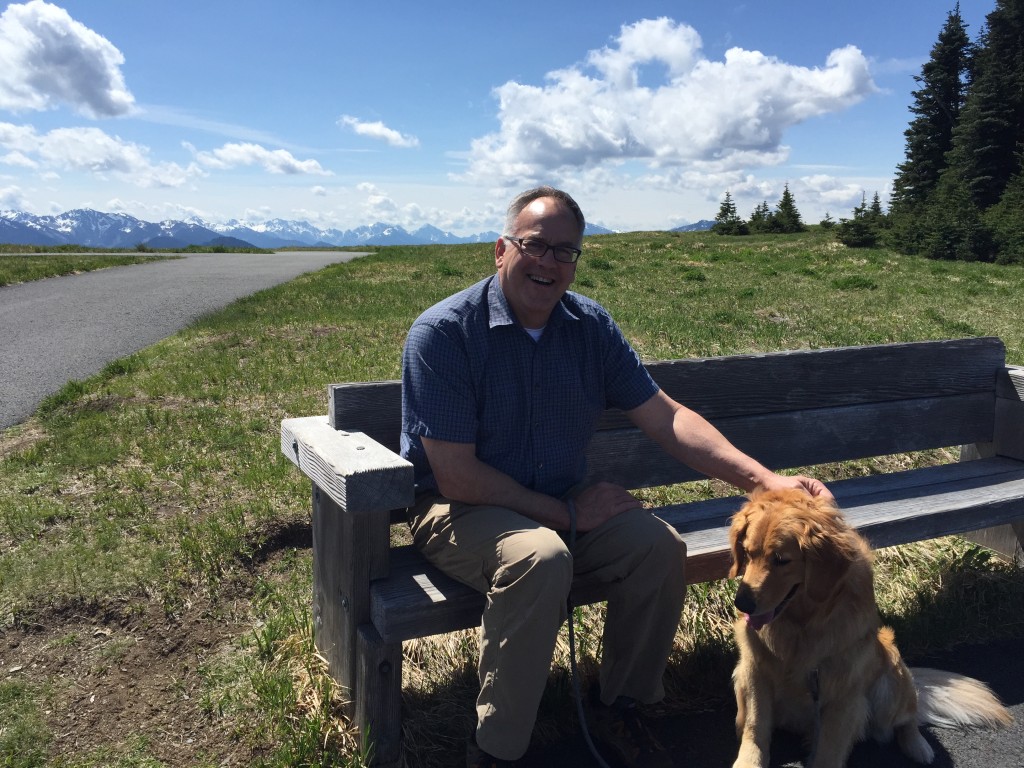 {Enjoying the view – they were looking north towards the San Juan Islands and Canada!} 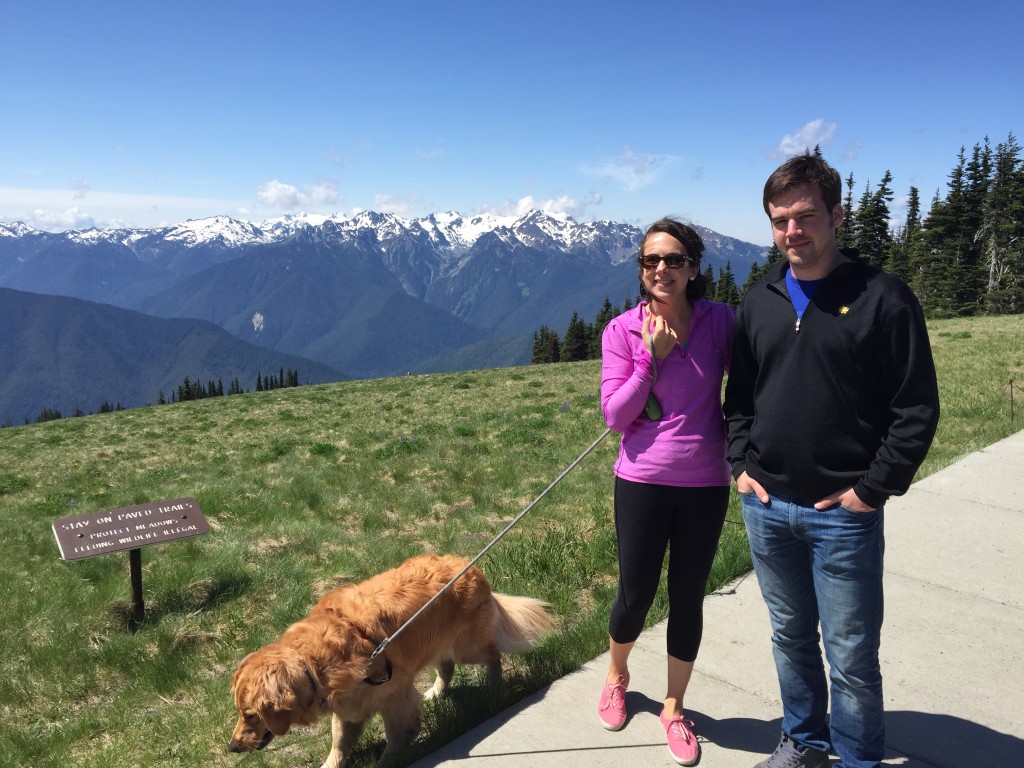 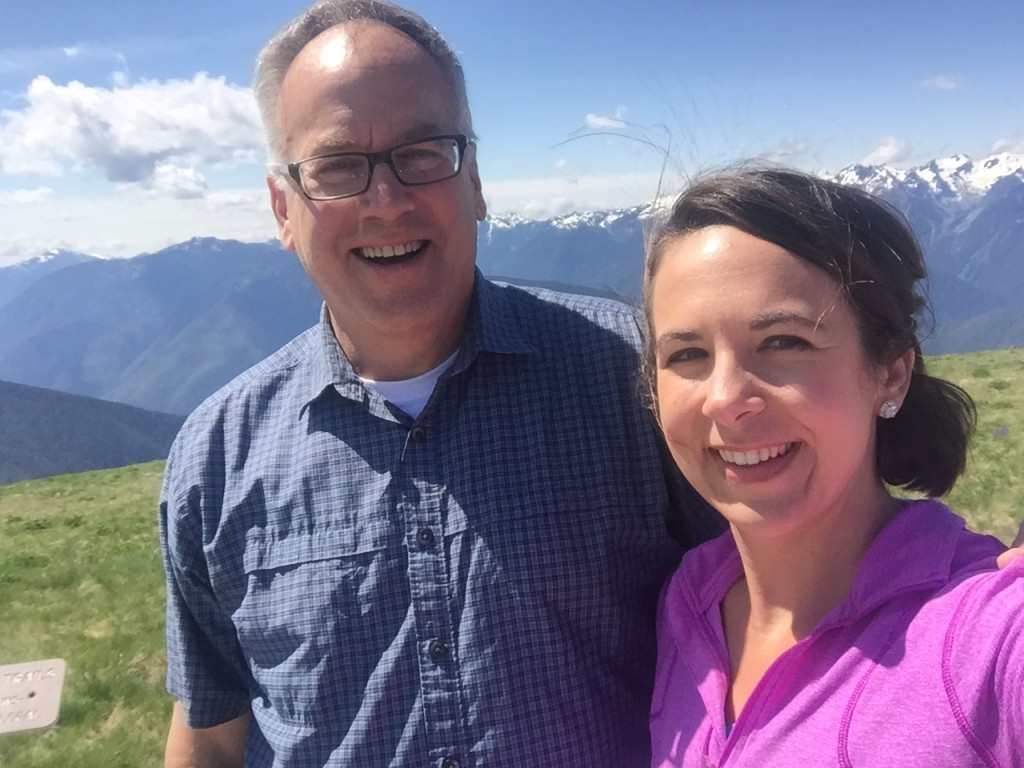 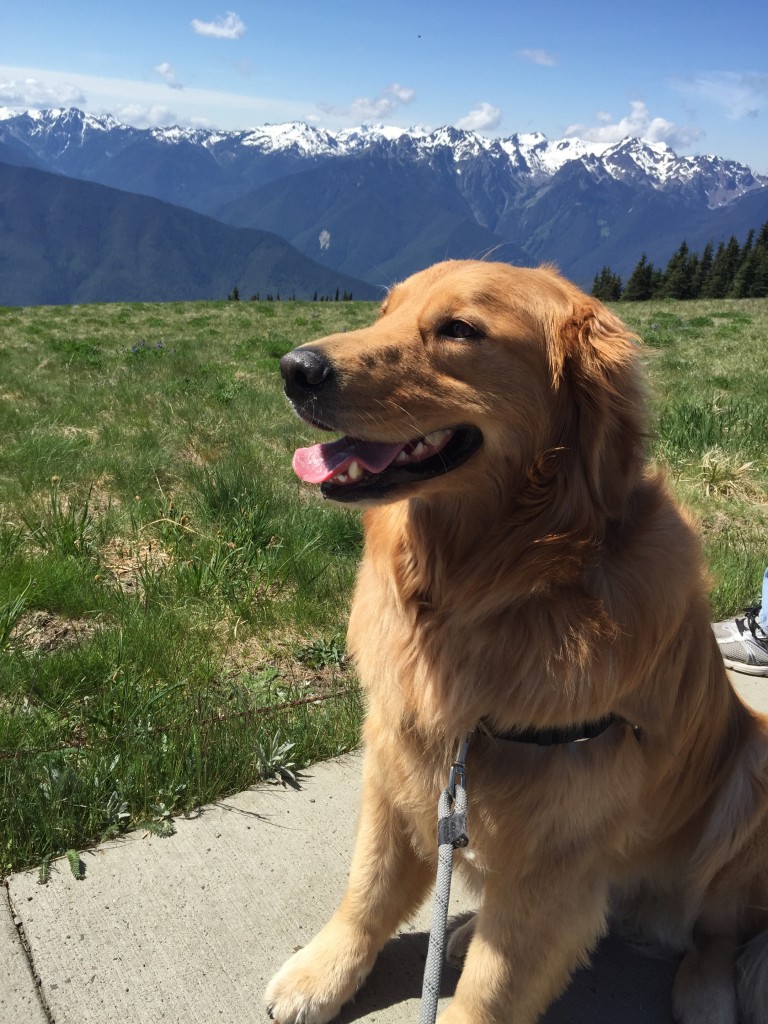 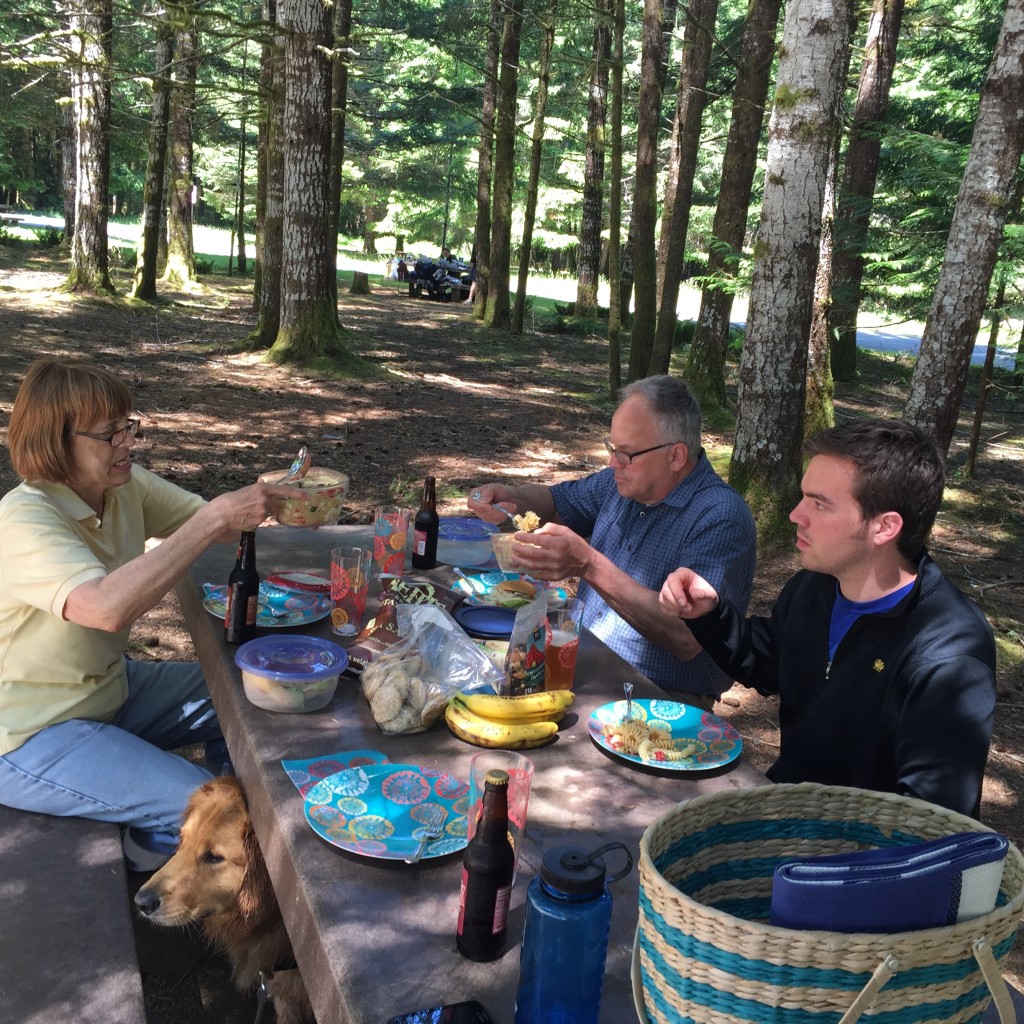 {Jackson got to take a quick swim in Crescent Lake – notice the color of the lake – it is really exquisite!} 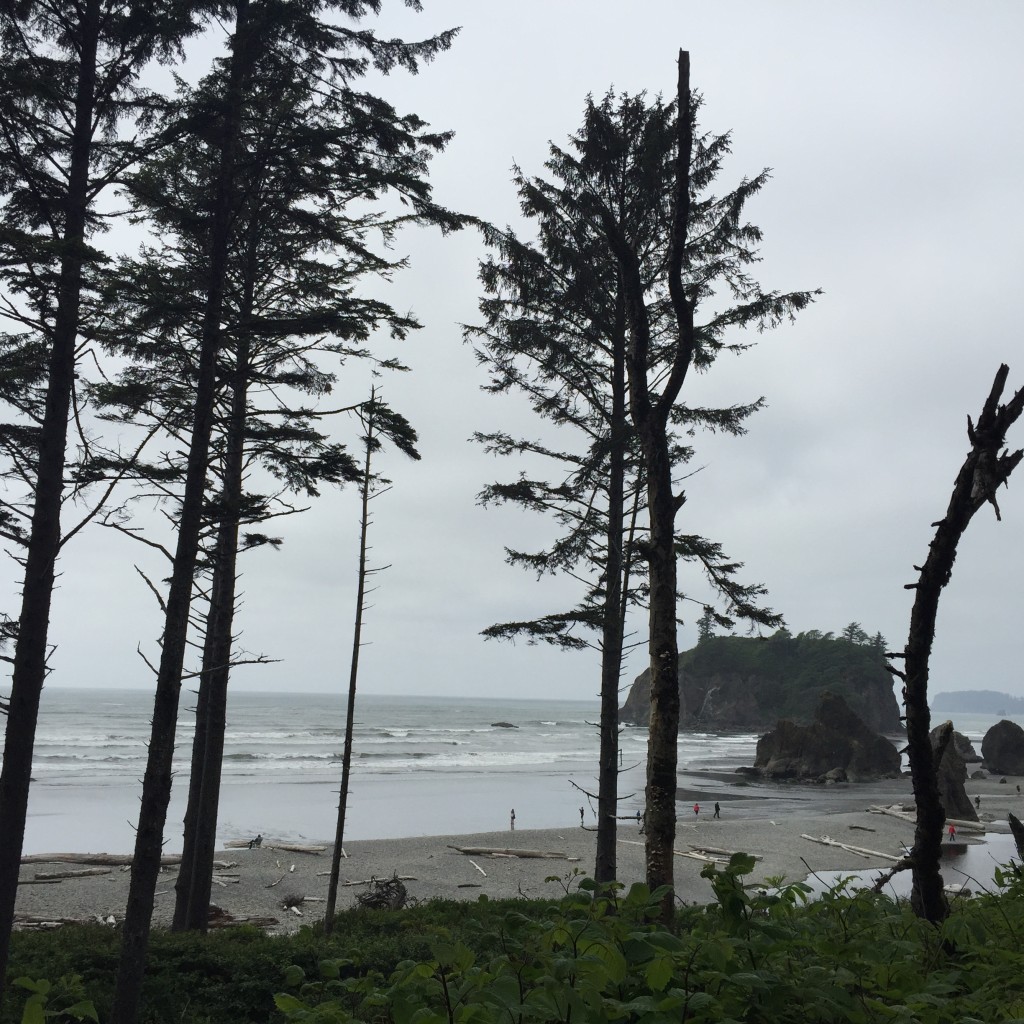 {We drove just over an hour around the peninsula to the coast side. Just past Forks, WA is Ruby Beach, which was our next destination.} 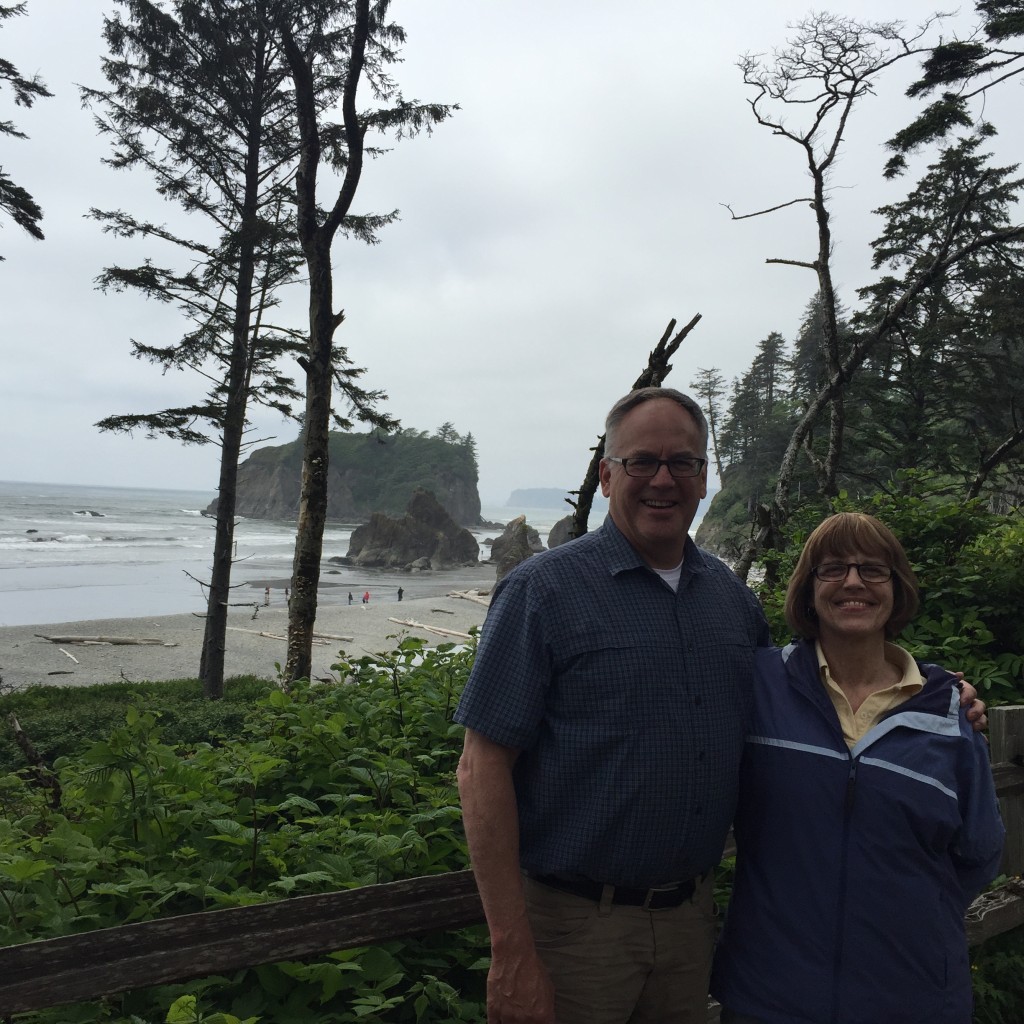 {There is something about the coast that makes it foggy when the rest of the peninsula is clear and sunny – the temperature dropped about 15 degrees here too!} 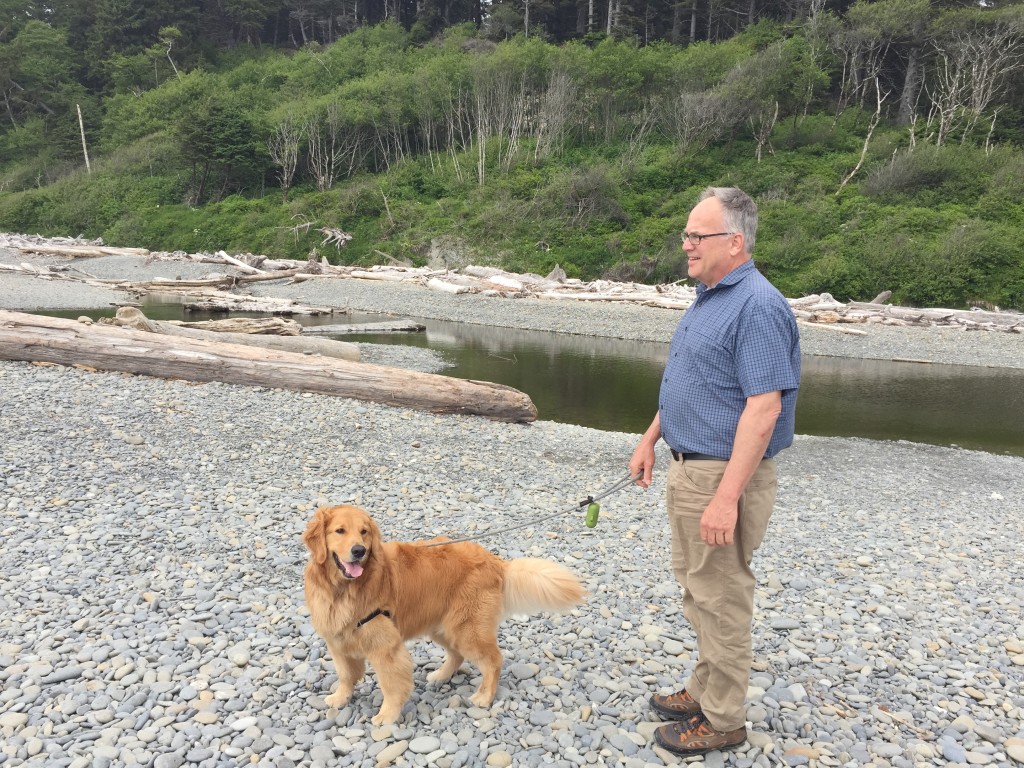 {Jackson was having a great time at the beach!} 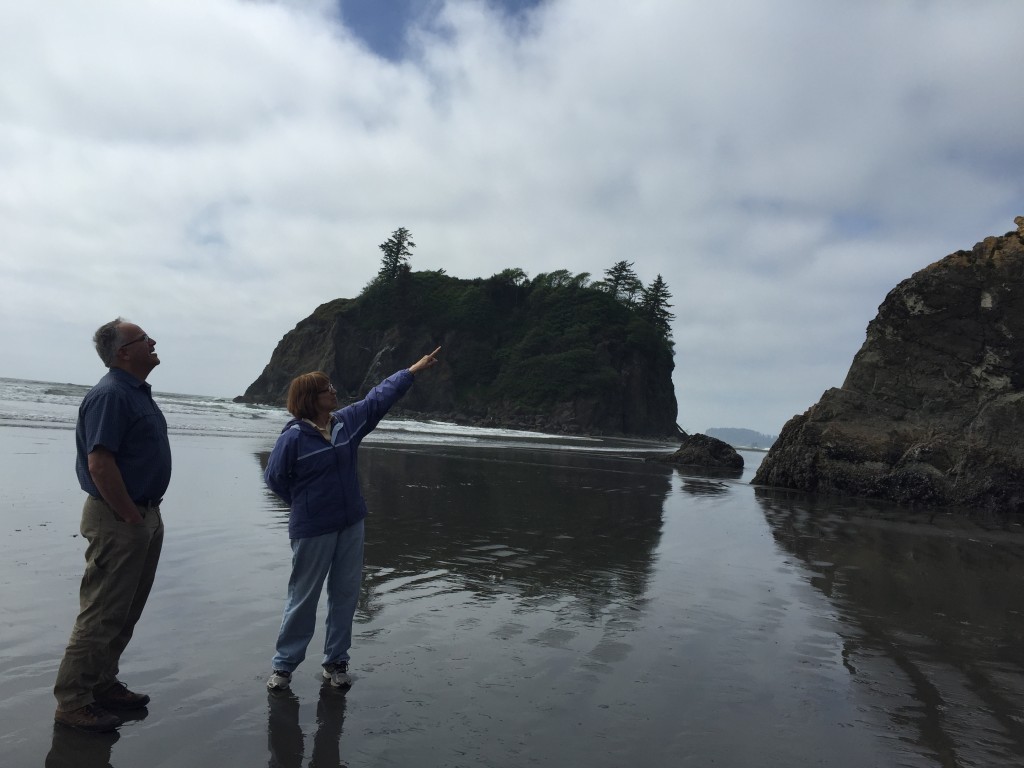 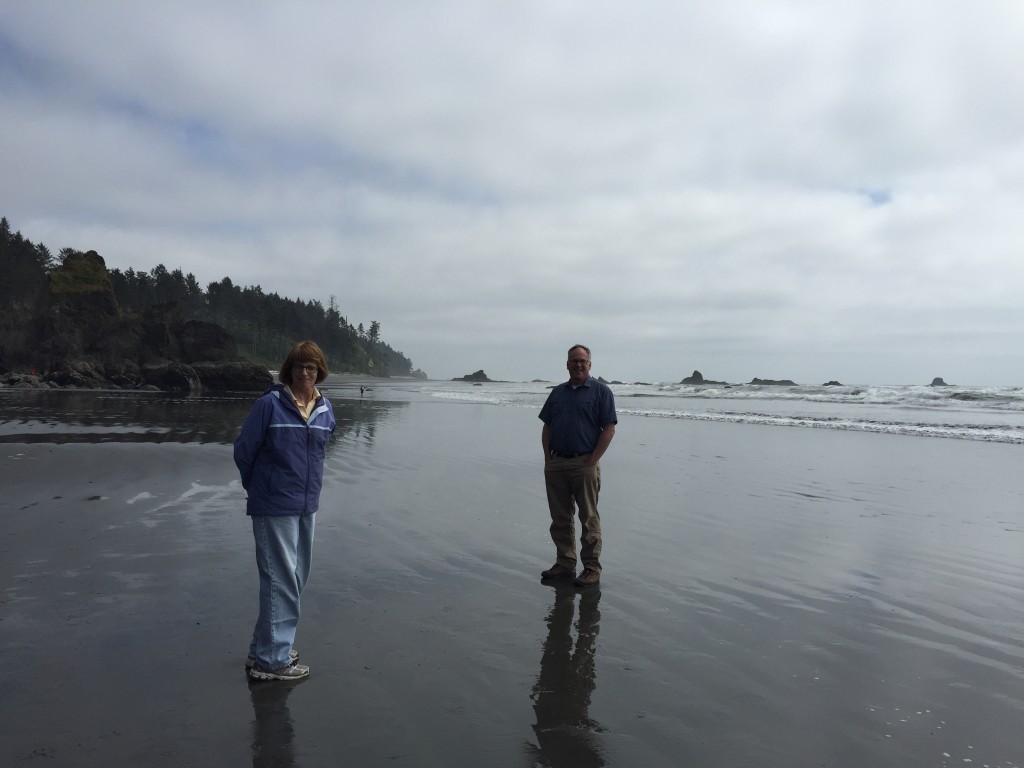 The theme of Saturday was Jonathan and Kelly’s wedding. Their ceremony wasn’t until late afternoon, so we started our day with breakfast at the Hi Spot, followed by a quick trip downtown.

{John really wanted to do the Underground Tour while he was here, so we made that happen. The tour is a comedic history lesson that provides a look under Seattle’s sidewalks and roadways into the underground space.} 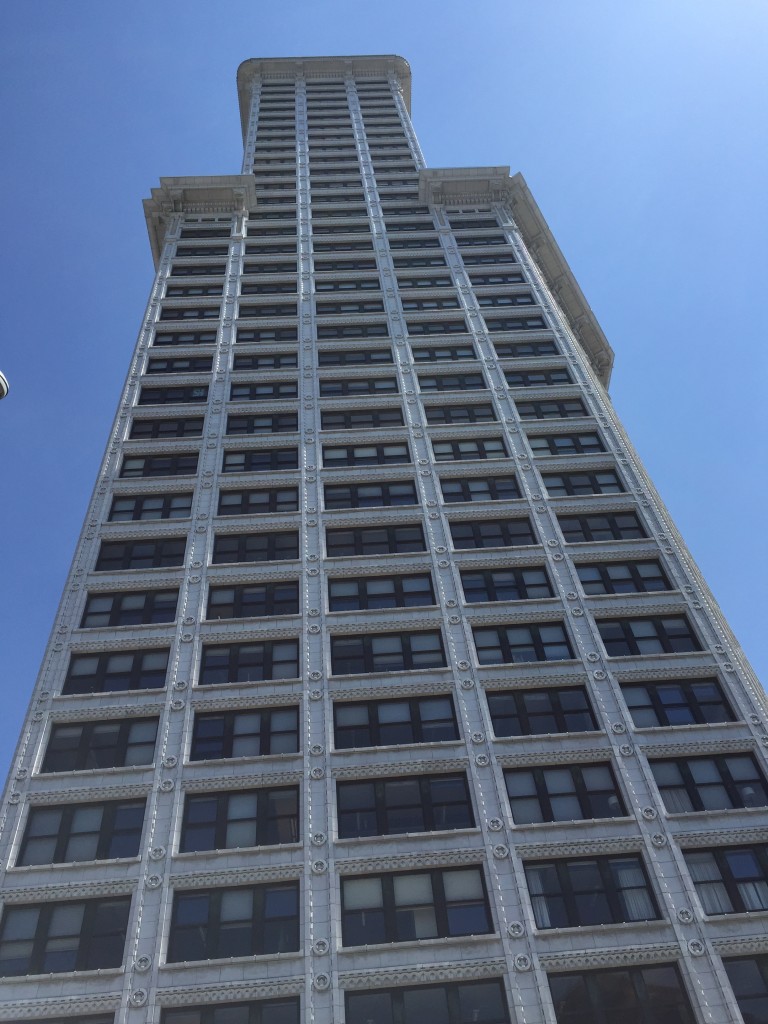 {Tried to go up to the Smith Tower observation deck but I guess they don’t allow visitors anymore!}

Jonathan and Kelly’s wedding took place at the Washington Park Arboretum, which is in Seattle, just about 2 miles north of my house. The bride and groom are both very into nature so the arboretum was the perfect location for their nuptials to take place at, if you ask me. The wedding was very casual, low-key and very much celebratory. It was a perfect party to honor Jonathan and Kelly and their love for each other! 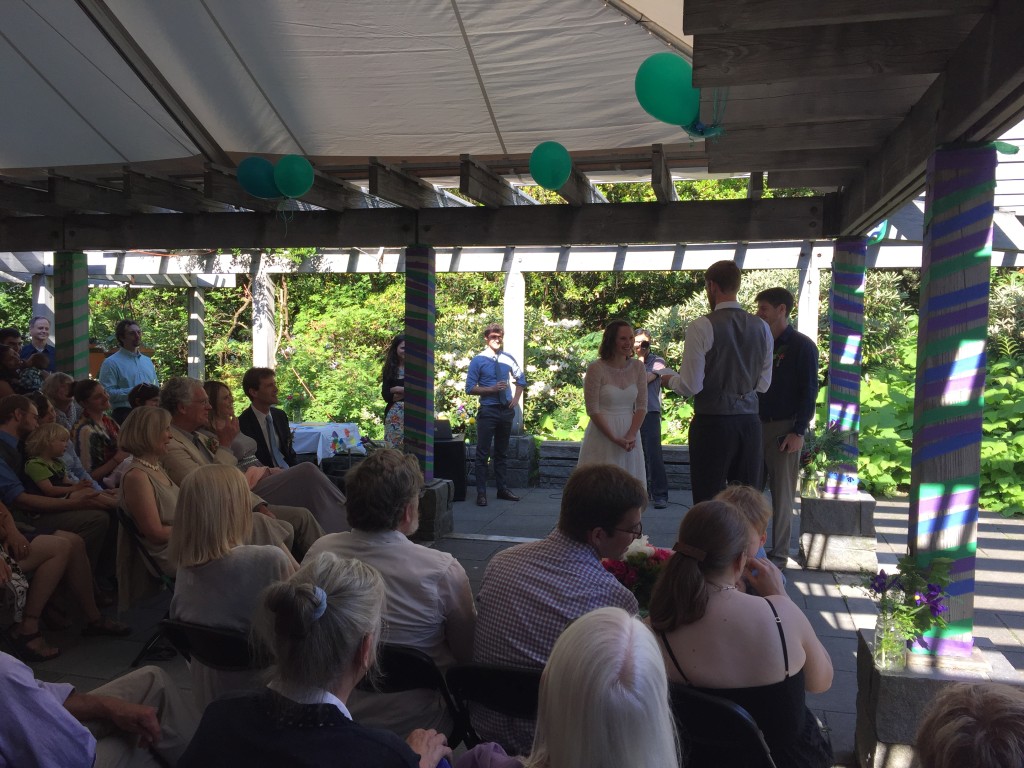 {Both the bride and the groom looked exceptional! I’m guessing I’ll never see Kelly in a dress again, but she sure pulled off her short white lace dress and adorable white lace ballet flats!} 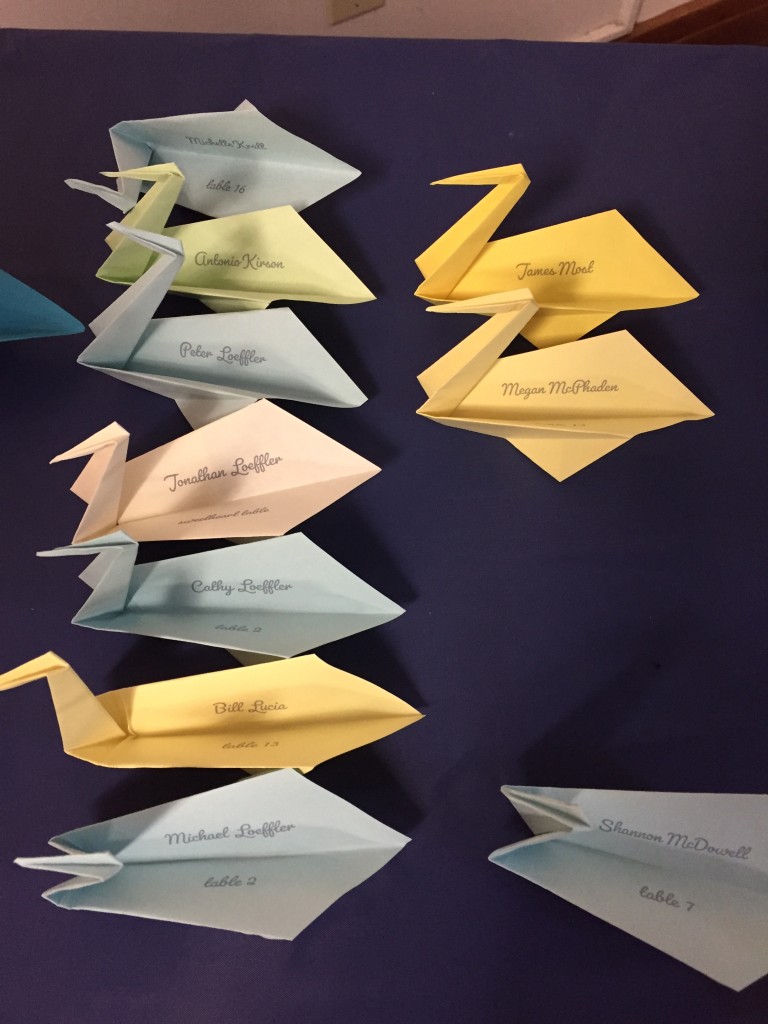 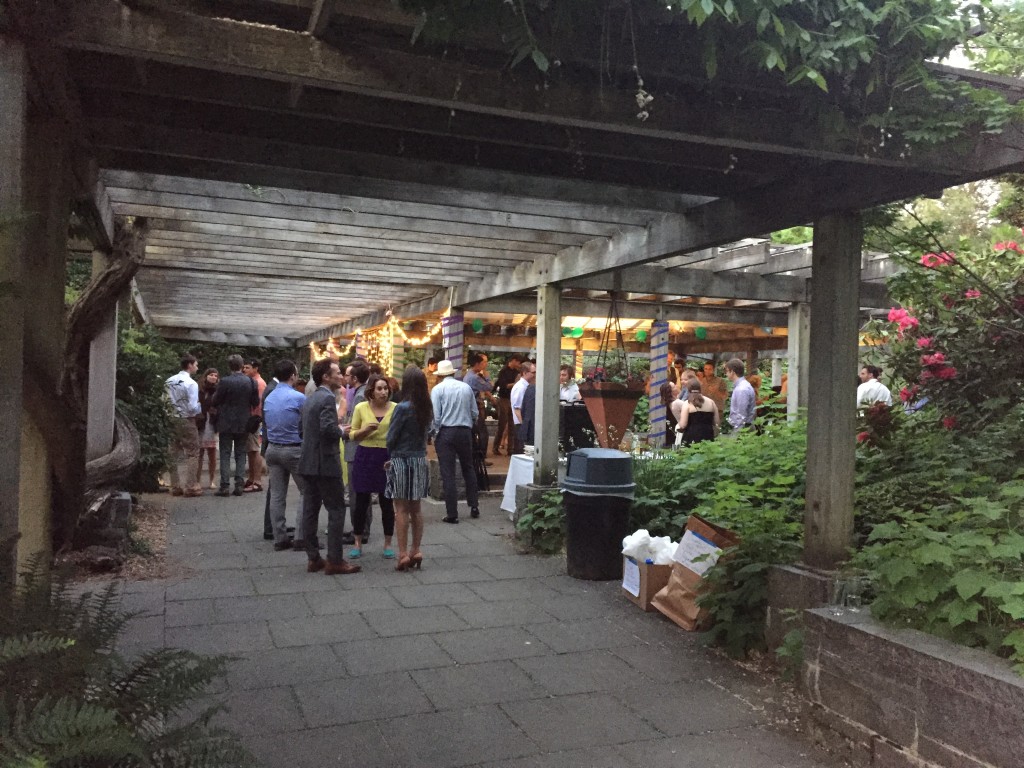 We had a great time seeing family and witnessing the incredible network of friends they have in Seattle. Both Jonathan and Kelly grew up in Seattle and went to college in Washington and have amassed quite a crew of friends, which is fantastic. 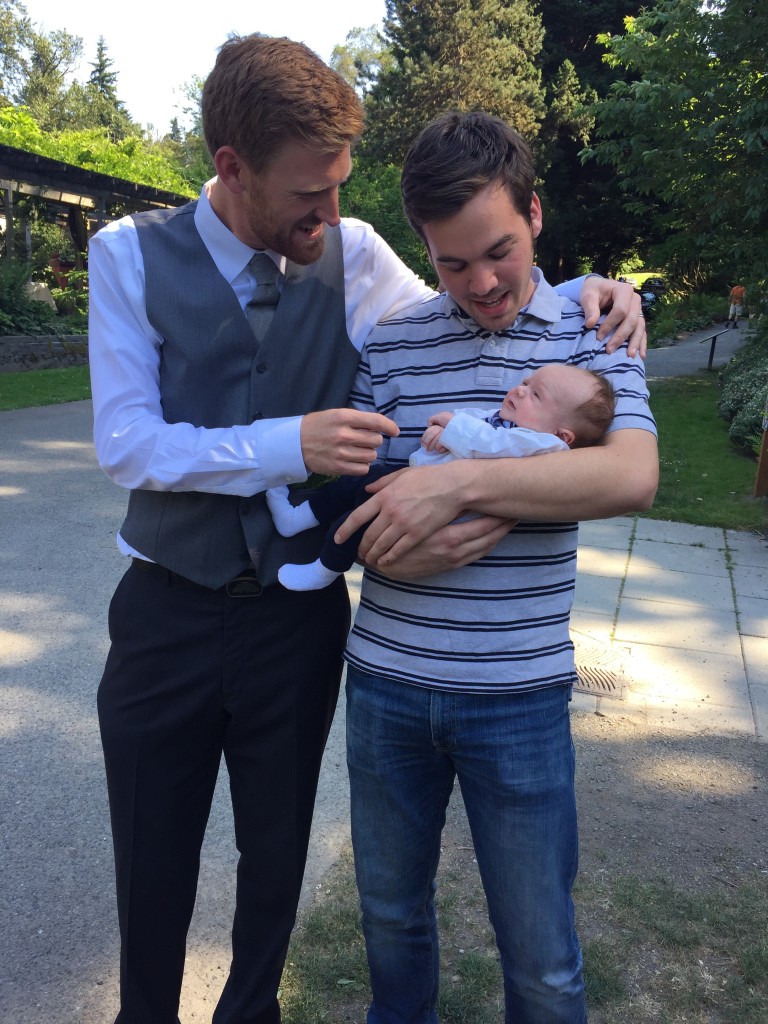 {Jon and John hanging out with baby Henry} 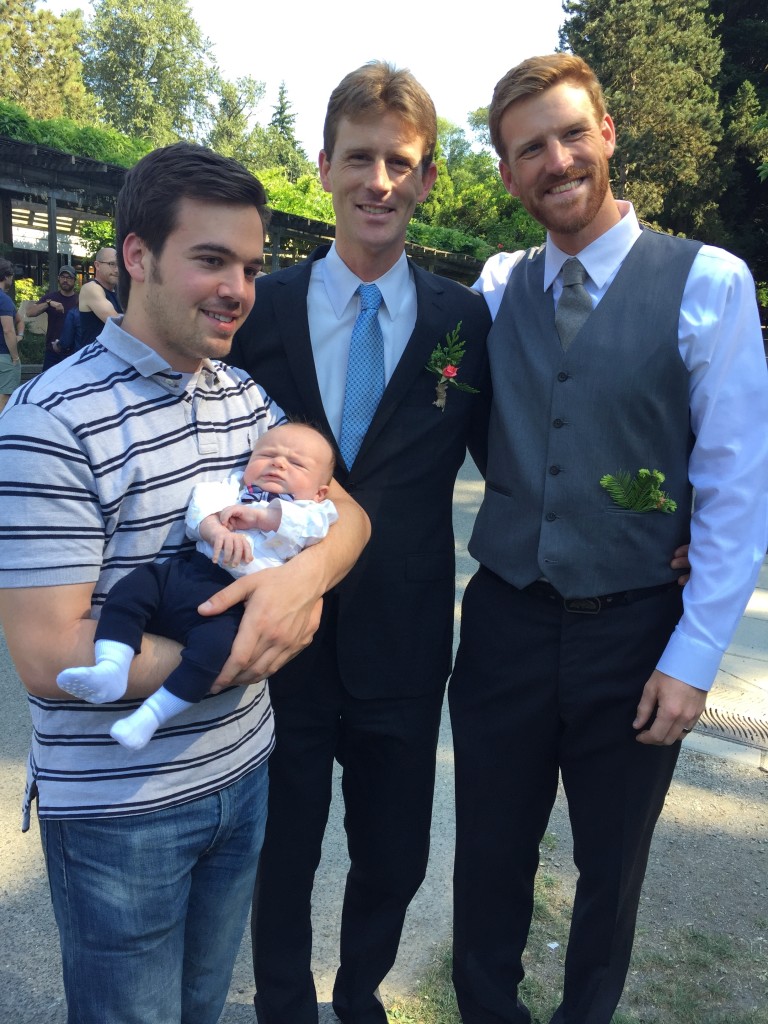 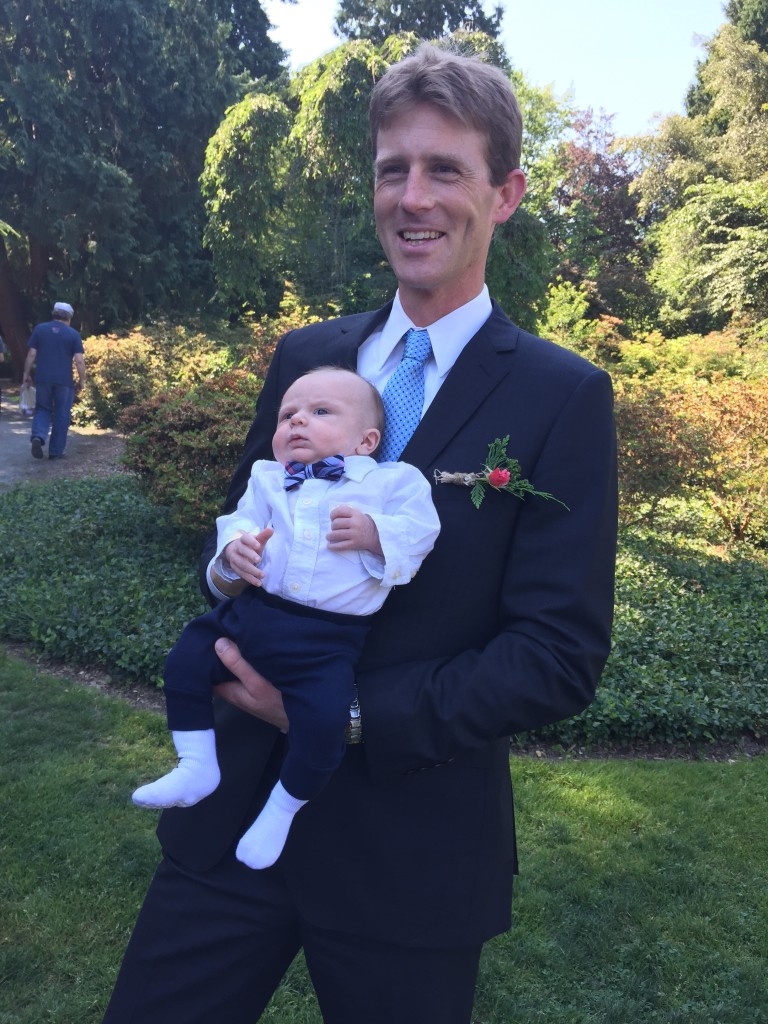 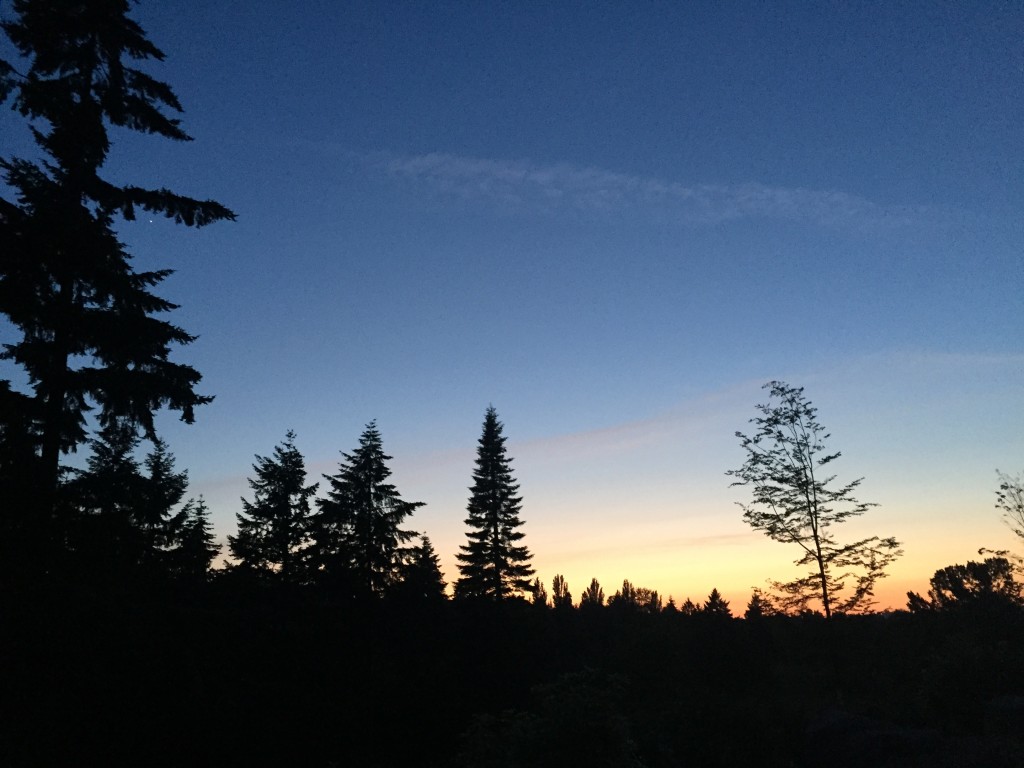 {The weather was just perfect for Jon and Kelly’s wedding. We really had a great time!}

First thing on Sunday morning I headed to the airport to pick up Alex from his trip to Illinois, then we swung back by our house and grabbed the gang and drove over to my aunt Cathy and uncle Michael’s home for a post-wedding brunch. Their home is on an incredible piece of property – they live on what’s called the Montlake Cut – it’s a canal that connects Lake Union to Lake Washington and there are so many fancy boats that pass through – enormous sail boats, yachts, kayaks, charter cruises, speedboats, cigar boats… you name it, we probably saw it! 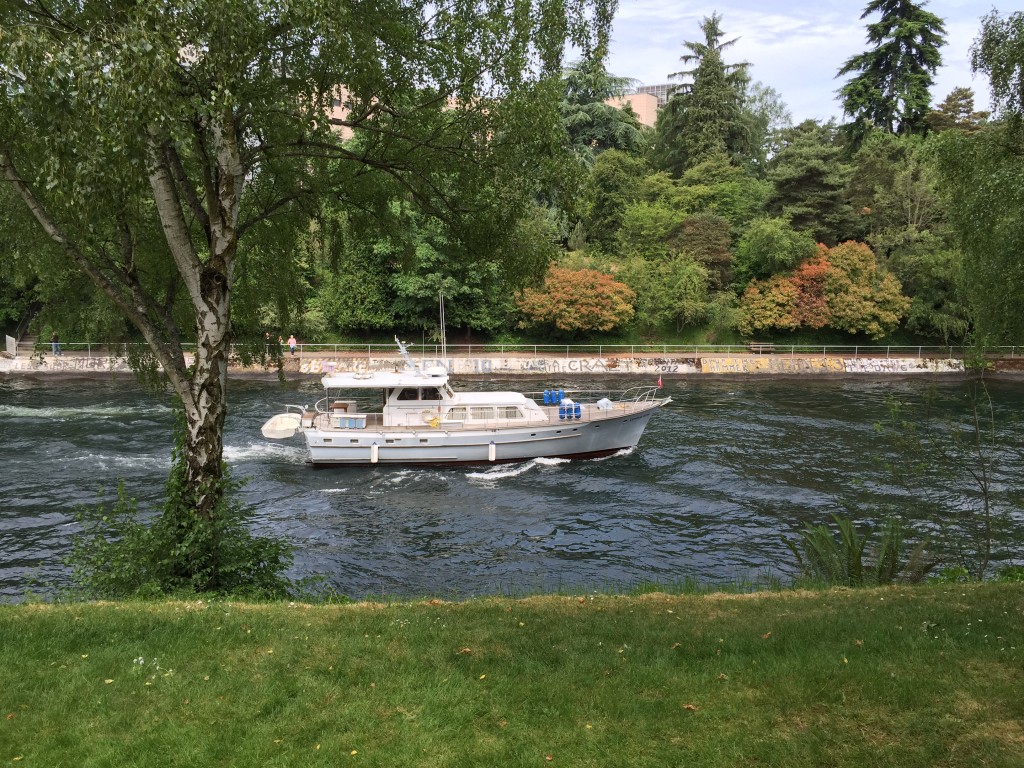 {View from the backyard looking onto the Montlake Cut. Across the water is the University of Washington campus – particularly the medical school buildings.} 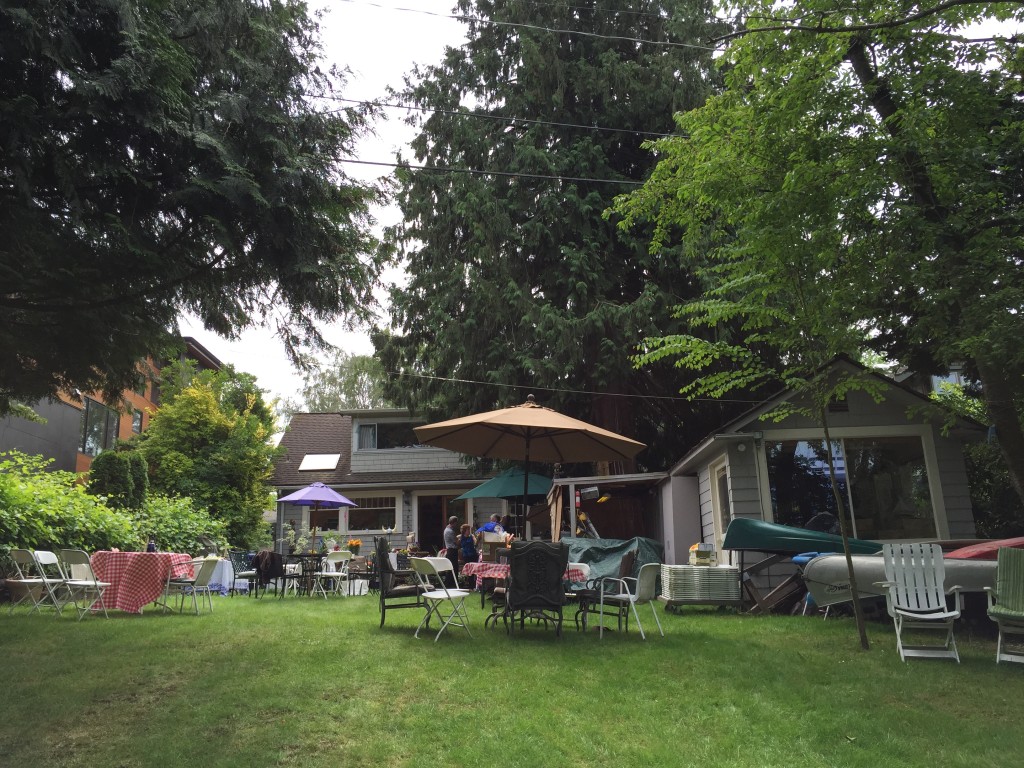 It was really nice to catch up with our family members. My dad’s sister, Cathy, and her husband, Michael, moved out to Seattle in the 70s and never left. Their two kids, Chris and Jon, grew up in Seattle, just about 2 or 3 miles north of where I live, and they both seem like they are staying put in Seattle, at least for now. 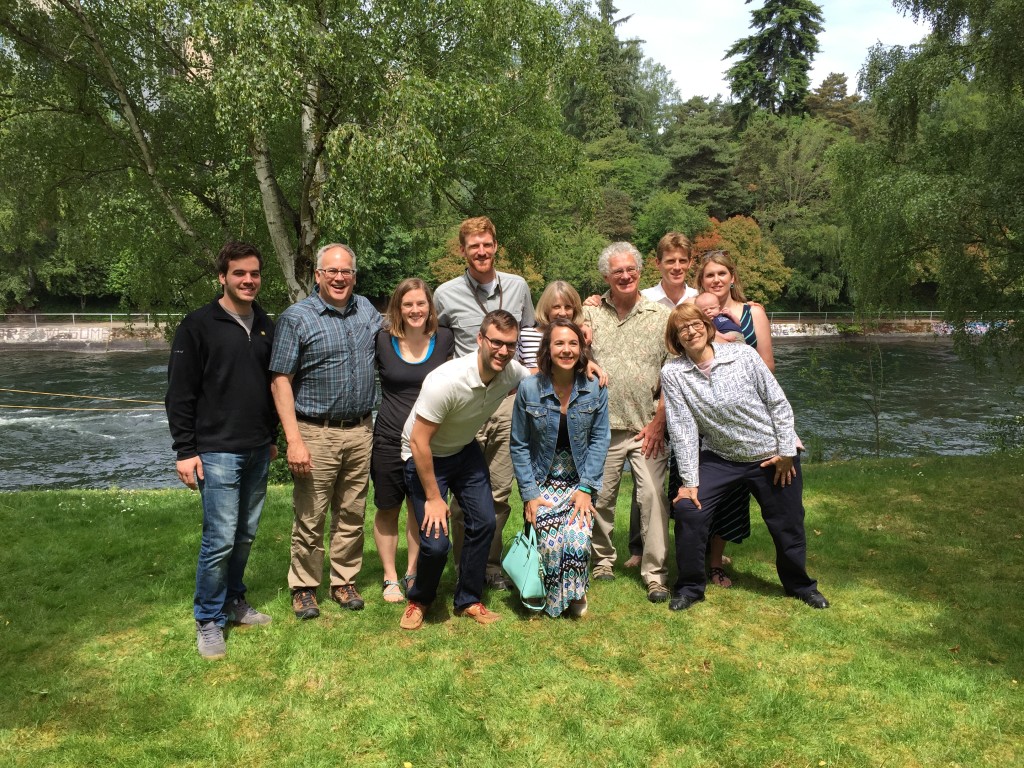 {The extended Comb family who was present for the wedding, which now includes Kelly – welcome to the family!}

Chris and his wife Heidi just had a baby {Henry} six weeks ago and I am really happy that my dad, Janny and John got to meet him during their trip. While my dad and John come to visit me fairly regularly, Janny hadn’t been out to visit since Jonathan graduated from college 7 or 8 years ago and I know she really enjoyed spending time with her Seattle family and re-visiting the city.

{Fred getting a chance to feed baby Henry!}

Sunday afternoon was pretty low-key. Janny stayed with Cathy for the remainder of the trip, while the guys and I just headed back to my house to relax for the afternoon. We did head out to Bottlehouse for a quick glass of sangria before venturing to the newest restaurant in our neighborhood called Vendemmia. It’s an Italian restaurant with fresh, homemade pasta and it was exceptional.

Our final day was also pretty relaxing. We had lunch out at Hi Spot then ran over to pick Jan up before driving over to West Seattle to Chris and Heidi’s home to spend some time with Heidi and baby Henry. It was a great end to our trip and time together. I am looking forward to their next trip out here!