This last month has been filled with exploration, extra snuggling and tons of giggles {mostly as a result of Jackson}. Ben has totally mastered crawling, pulling himself up to stand, waving and clapping. He’s working on furniture surfing and walking with a lot of support, eating solid foods and understanding what the word “no” means. 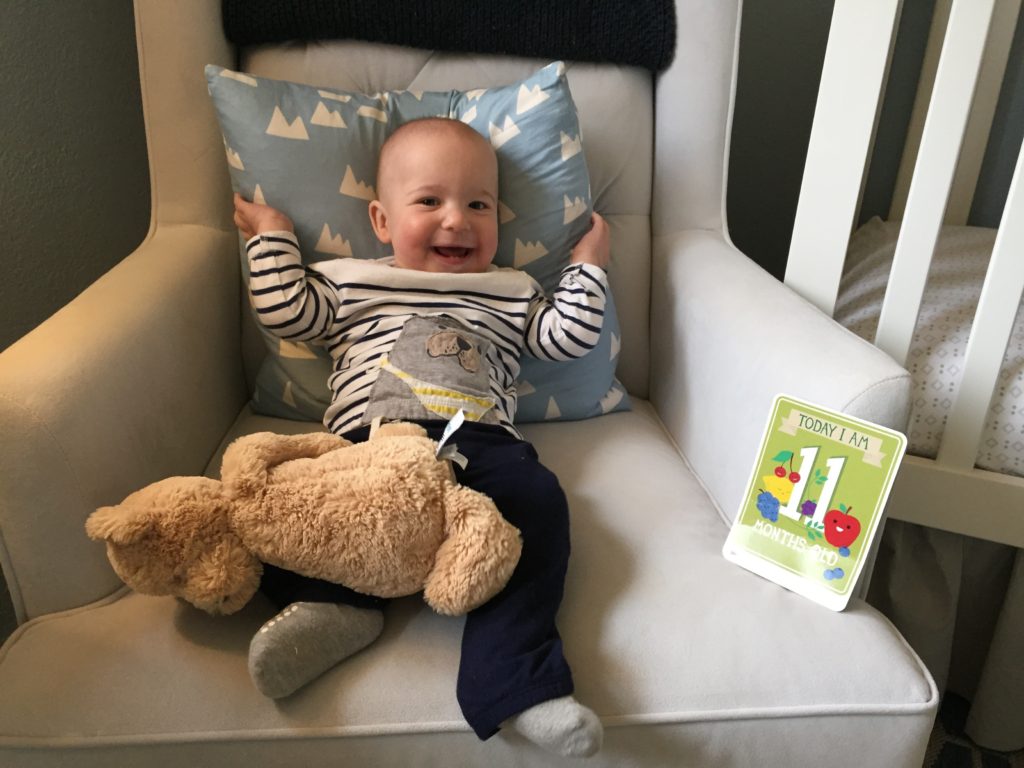 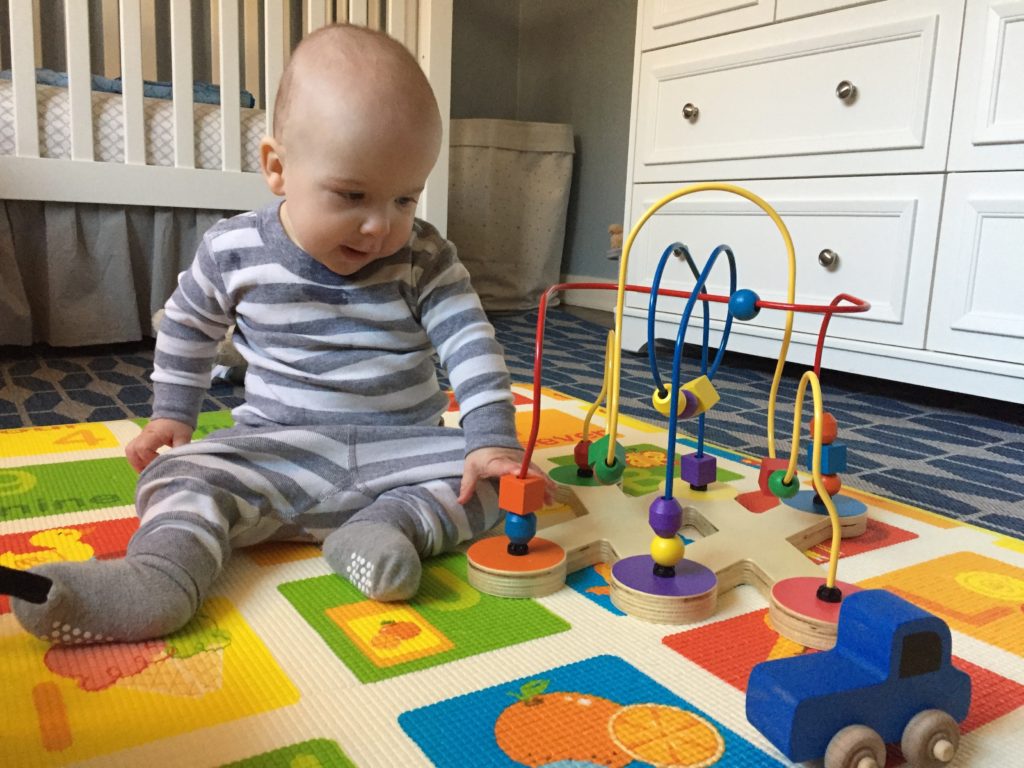 We’ve been really curious whether or not Ben would keep his pretty blue eyes and it seems like he just might! Alex and I both have hazel eyes, so we weren’t sure. My dad has blue eyes so maybe that’s where they came from. 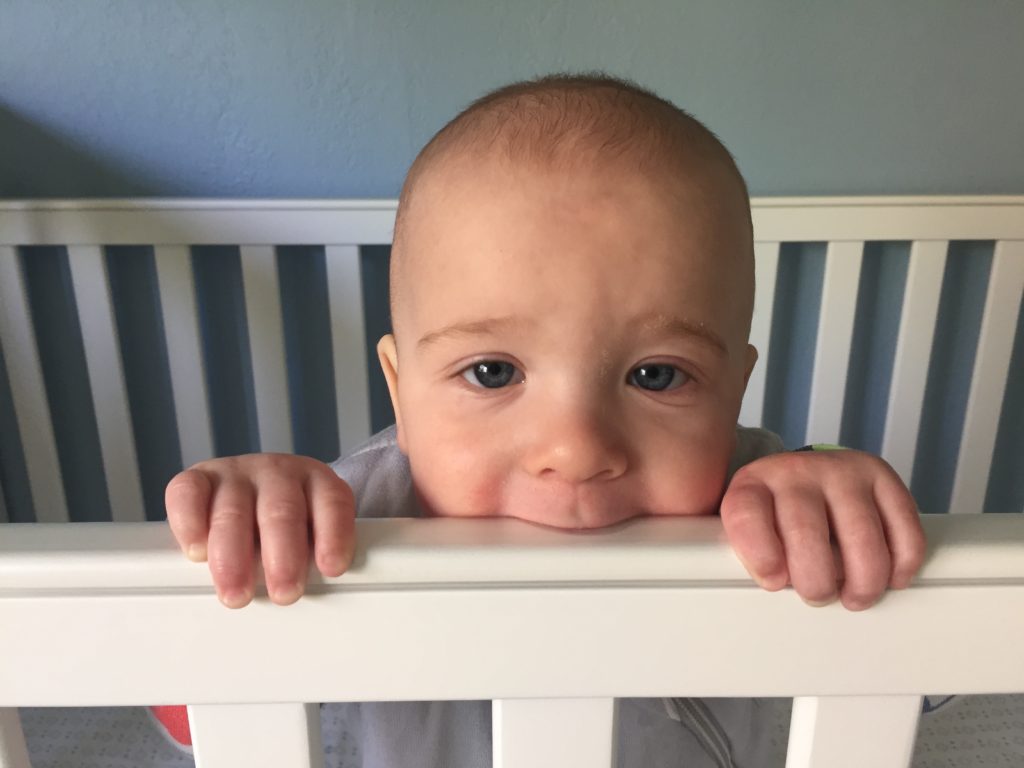 In the last month or so Ben has finally started getting more hair! It’s going to be so funny to see him with a full head of hair since we’ve gotten so used to seeing him be basically bald for his whole life. It doesn’t show up very well in photos but it’s really starting to come in. 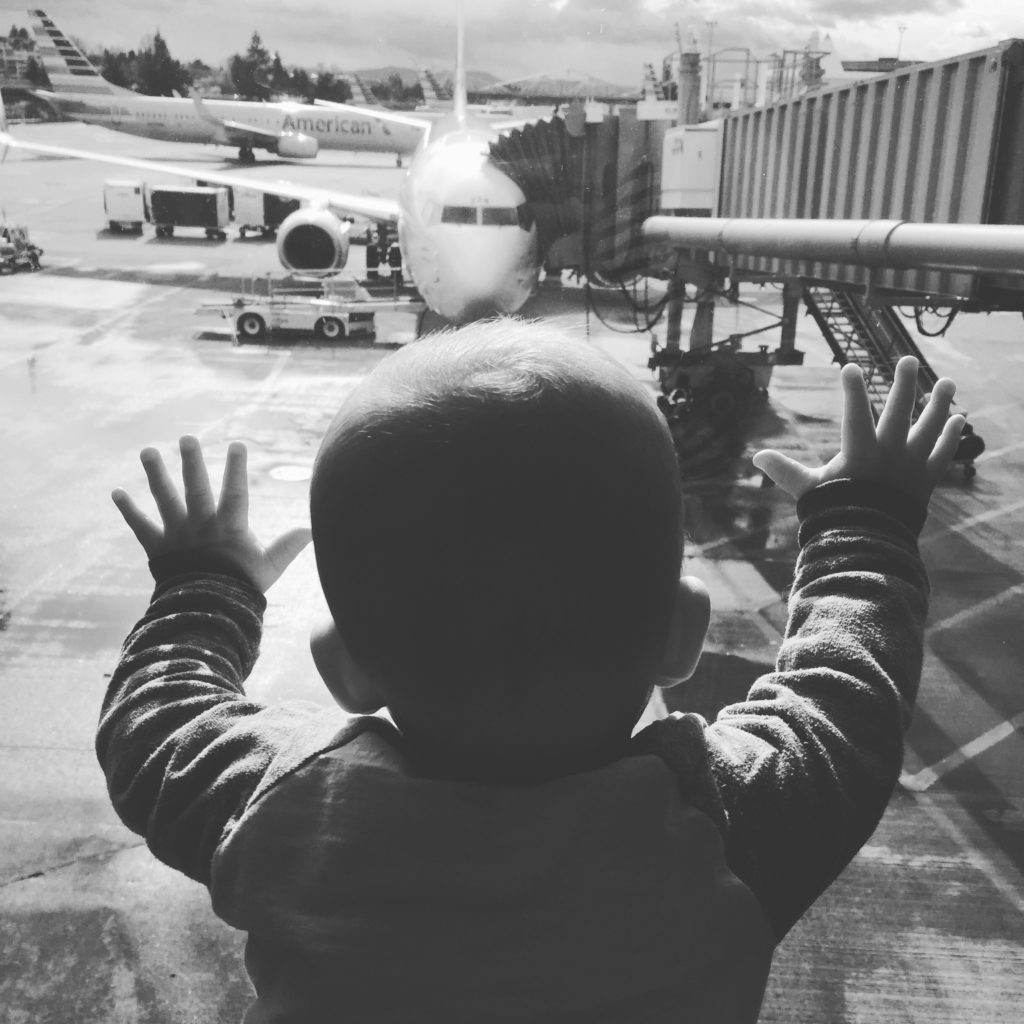 We started feeding Ben solid food at age 6 months. He has had major ebbs and flows where he ate a lot and then hardly anything at all. He became really temperamental at times and seems to want to be in charge of feeding himself. 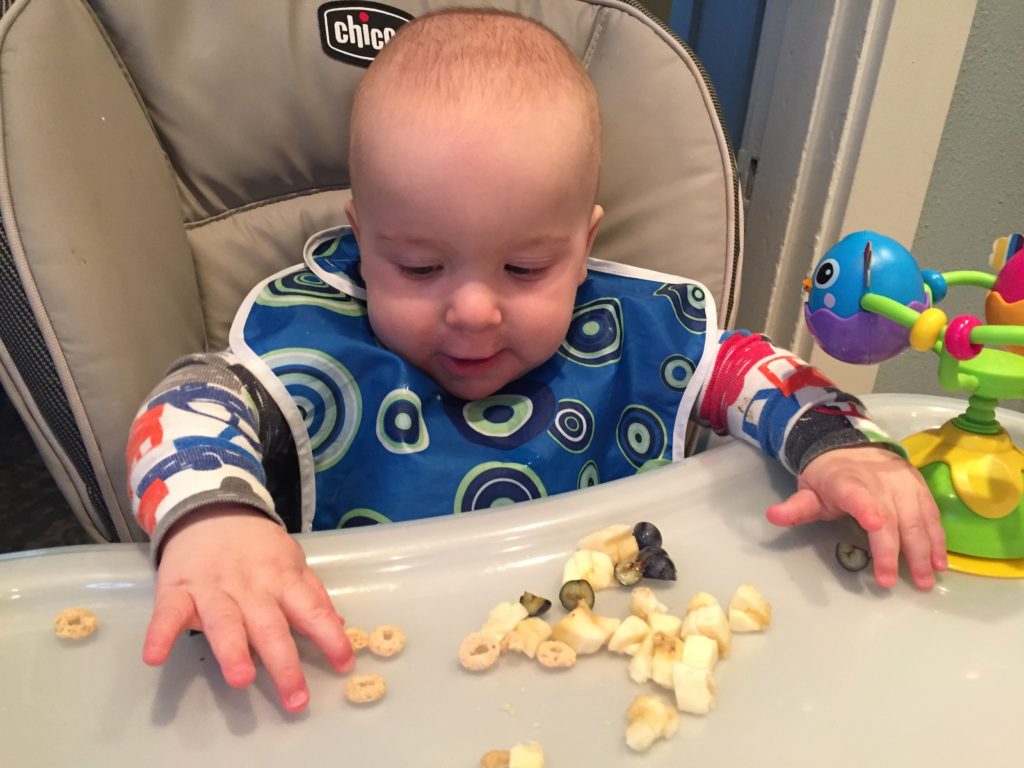 In the last month we’ve laid off on a lot of purees and food pouches and focused more on giving him random bits of food to feed himself. It seems to have been exactly what he wanted because now he’s really starting to eat more. He loves cottage cheese, meat and Cheerios! It’ll be fun to see how it changes once he has his top teeth. 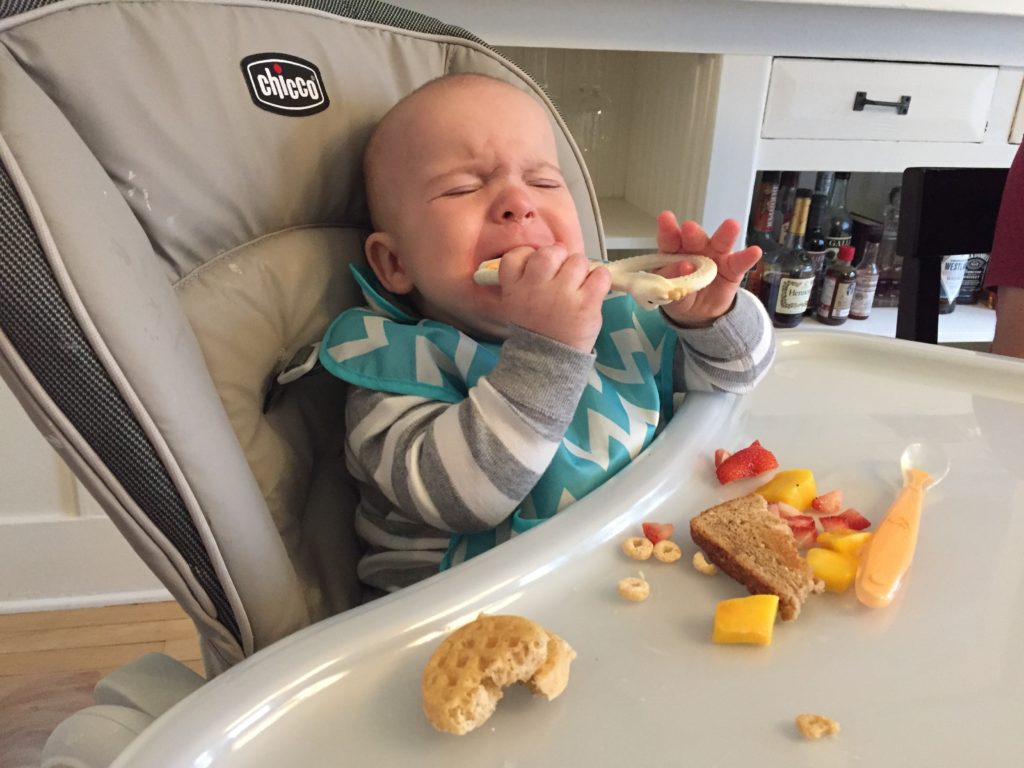 I’ll be surprised if Ben starts walking in the next month, though he is always trying to stand and walk with support. It’s incredible how much stronger he is today even from a few weeks ago. He still has a little ways to go before he takes his first unsupported steps. 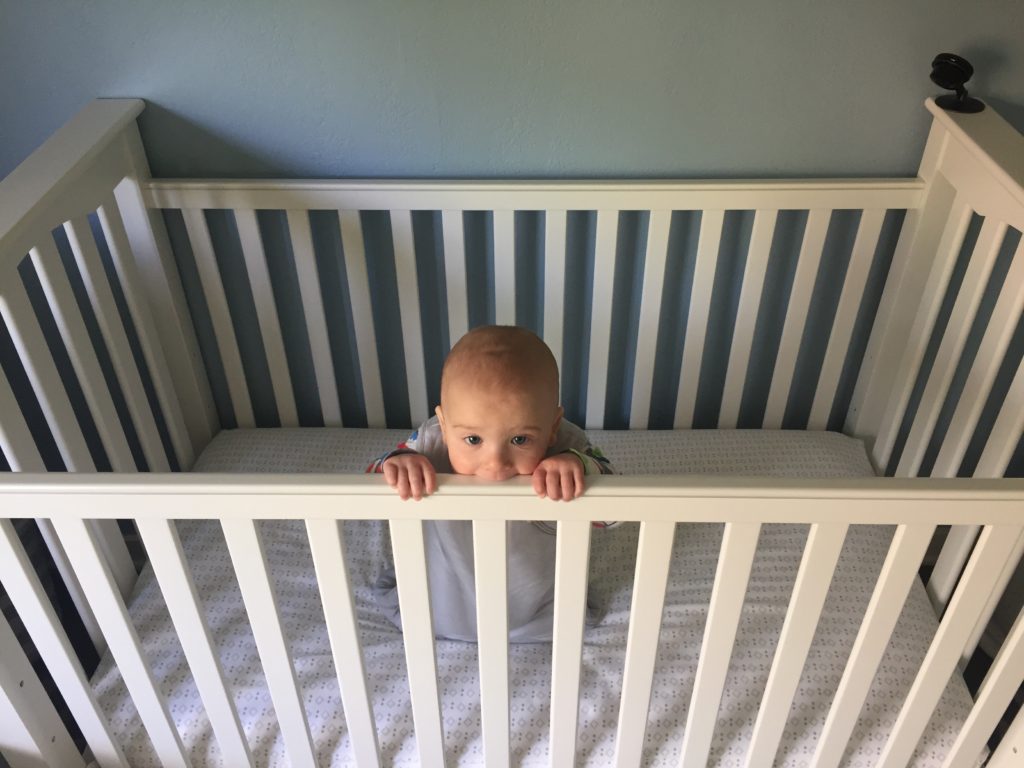 Over the last 6 or 8 weeks Ben’s diaper has become extremely difficult to change. I’m not sure if it’s entirely that he doesn’t want it changed or that he doesn’t want to stay put on his back. Whenever we put him down on the changing table he flips over and the saga continues! Most nights when I’m changing him into his overnight diaper and jammies I am sweating and exhausted by the time I’m done! It’s like wrestling a wild boar covered in olive oil…

April was a month where he was mostly healthy, despite two colds and a cough. There was a 3 or 4 day period where he didn’t have a runny nose! I think that played into him sleeping really well and taking in more calories from solid food. Last night, Ben’s first night of being 11 months old, we opted to discontinue his “dream feed” at 10ish {while he’s still asleep we feed him one last bottle to carry him through the night} and he slept until 7 a.m.! Hopefully that is a sign of good sleep to come. 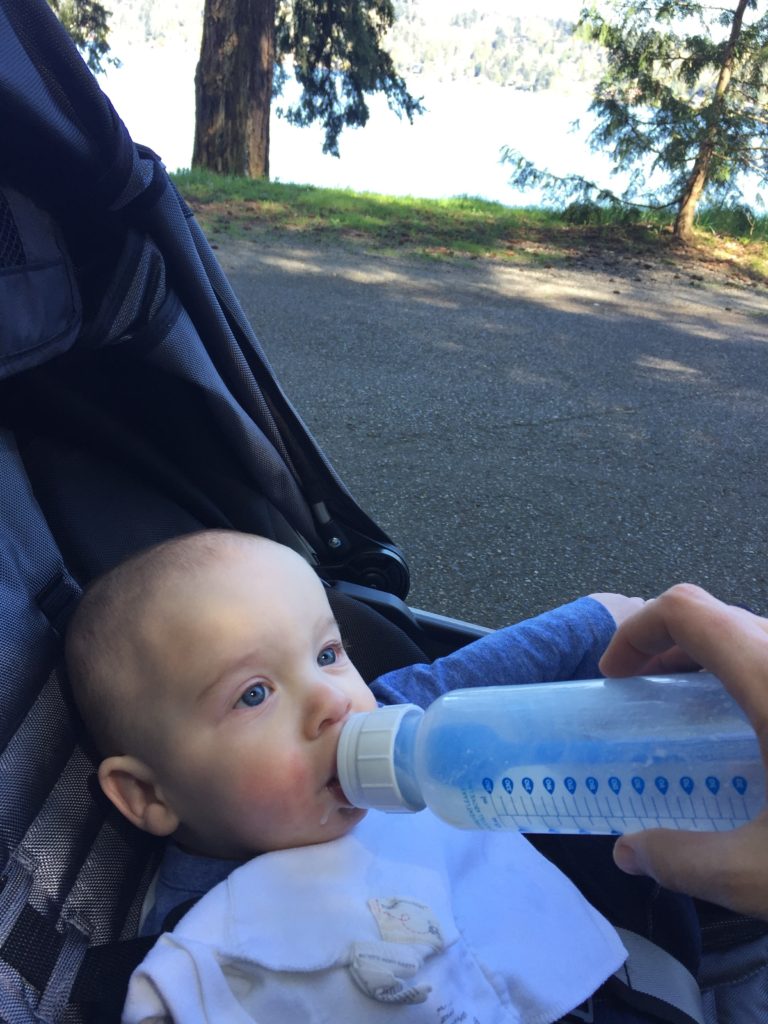 While he’s sleeping well overnight he’s become a little more difficult to put to bed on occasion. He has been fighting it more than he used to. We’ve got some tricks up our sleeves so it’s not too painful for any of us, though we do miss the days where we could simply lay him down in his crib and he’d fall right to sleep!

Starting around 9 months Ben randomly became really cuddly and thankfully that hasn’t changed. When Ben wakes up early Alex has been going in to get him and feed him and then brings him back to cuddle with me in bed. It’s pretty much the best way I could imagine starting the day! 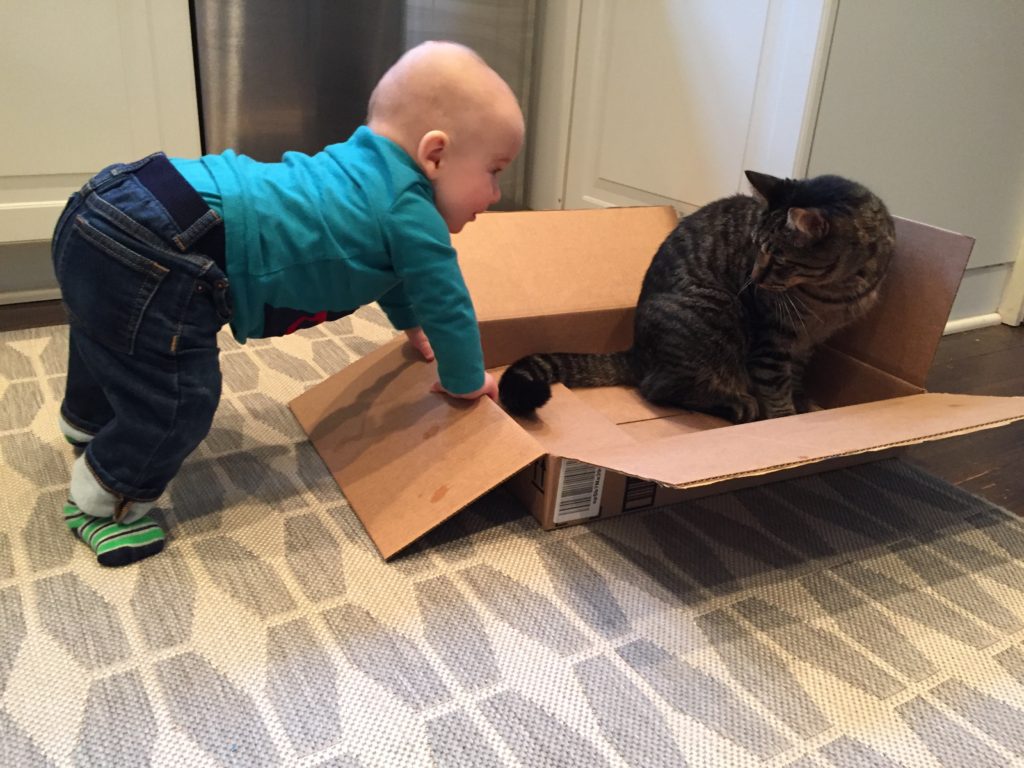 It’s really hard to believe that Ben is transitioning to wear 12-18 month clothing. I was recently shopping in the baby section of a store and could hardly find anything size 12-18 month and then realized that is now in the toddler section! My little baby isn’t really a little baby anymore. It’s crazy to think he’ll actually be a toddler next month.

Ben is such a fun kid. We just love his little personality. I have a feeling he’s going to be a giant sweetheart. And also a ham. He is smiley and is starting to laugh a lot. Jackson and our nanny get the most laughs, though, so Alex and I are working on emulating them a bit more. I guess we’re not that funny… 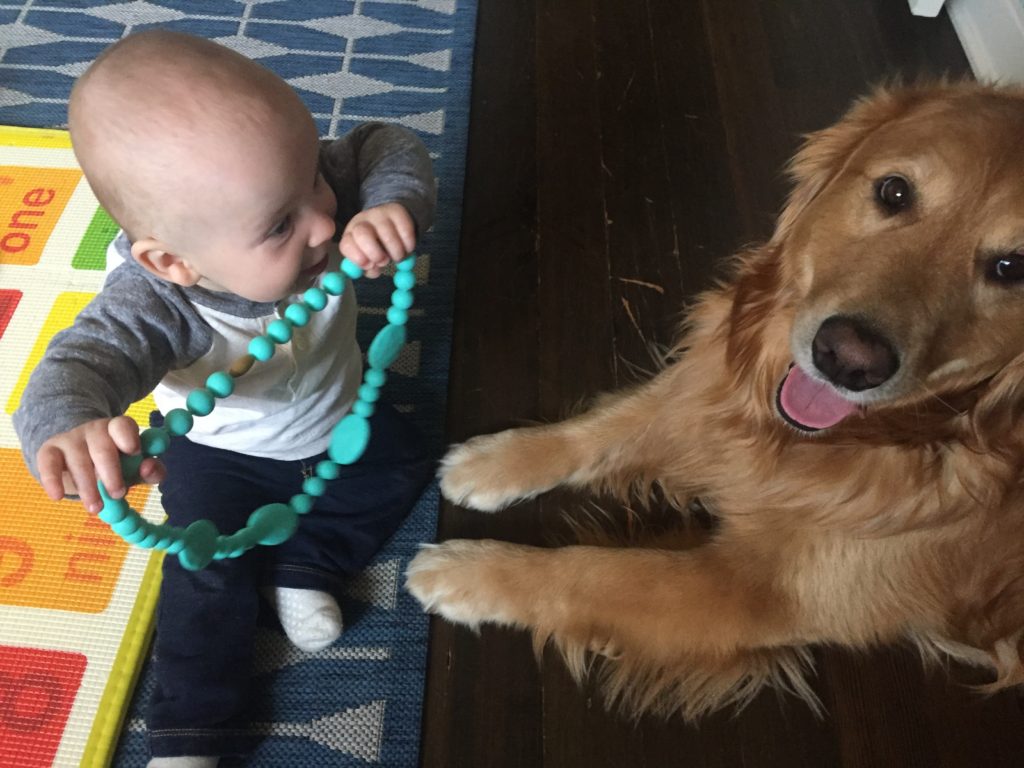 In the last month, Ben and I took a trip together to visit my family and friends in Minnesota. He went to story time at the library most weeks and we’ve been trying to get him to play with other babies as often as possible. We are planning on having him go to a baby gym at a local community center during the week to get a chance to play with other kids and with different stuff, and simply get out of the house. We finished out the month with a wonderful visit from my friend Sarah and her family, including baby Madeline, who is 5 weeks younger than Ben. 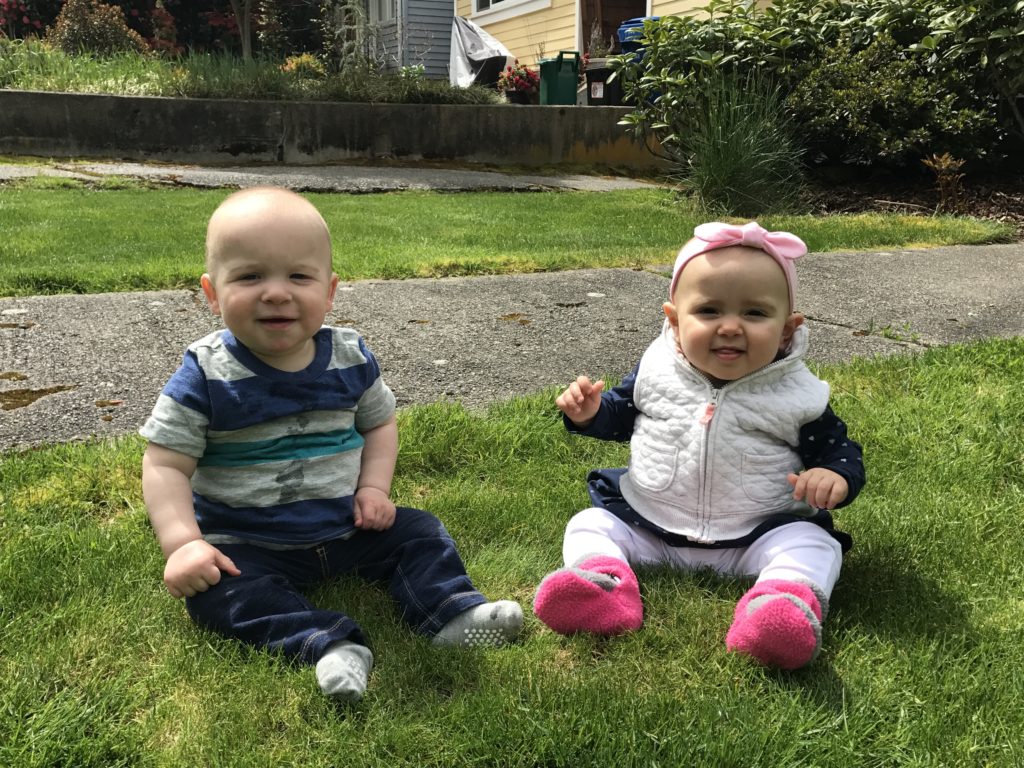 Now that the weather is finally turning around {did you hear – this was the wettest winter on record ever in Seattle!} we’ve been getting out for more runs in the jogging stroller and our evening walks are getting longer and longer. I’m so excited to spend the summer with Ben.